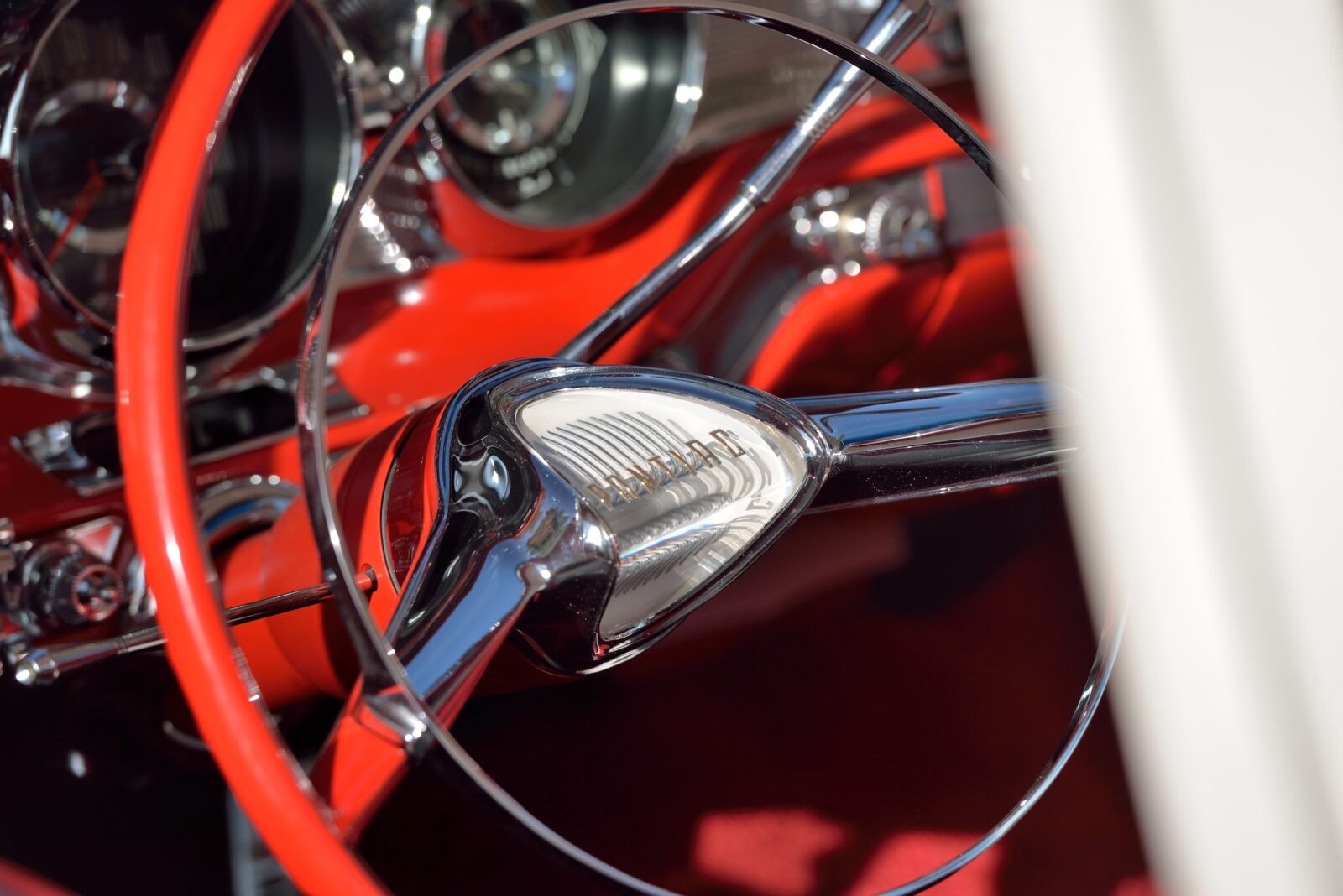 In 1959 the designers and engineers at Pontiac were tasked with building a competitor for the Ford Ranchero and Chevrolet El Camino – the only caveat was that they had to use as many General Motors production parts as possible to keep costs low.

A thorough hunt through the current GM production parts catalogue later, and the men had begun to formulate a plan to create their own version of the coupé utility pickup. It was nicknamed the El Catalina Prototype as a reference to the famous El Camino, a car that had provided at least 50% of the inspiration behind the design, this nickname stuck and it’s now the de facto name of the car. 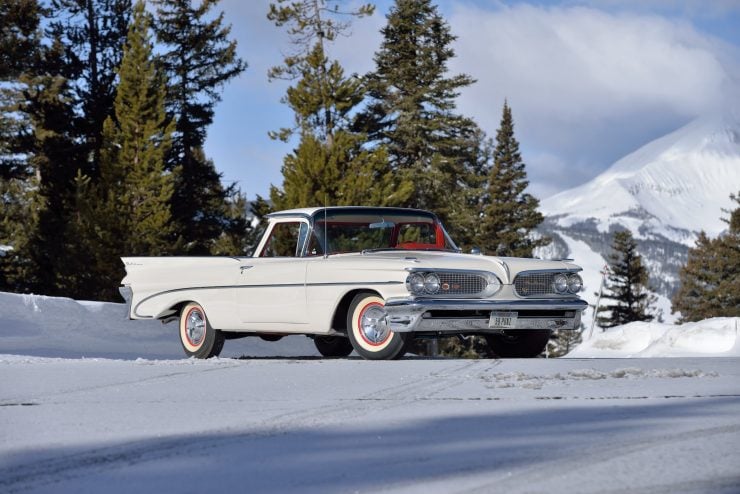 Once the designers had a basic parts list they began the process of fitting them all together.

They started by mounting a Chevrolet El Camino cabin shell and pickup bed to a Catalina Safari station-wagon chassis as the foundation for their concept, then grafted the El Camino window uppers to the Catalina doors to fit the Chevy’s roof structure.

They blended in the Catalina’s finned quarter panels and a Safari tailgate, then mounted the Catalina’s front sheet metal and trim to complete the exterior. The tri-tone red, white and silver interior came straight from the Catalina, giving the finished concept an upscale quality backed by its powerful 389/300 HP V8 engine, 4-speed Hydra-Matic transmission and a complement of accessories including power steering and brakes, air conditioning, power seat and windows, and tinted glass. A Sportable pushbutton radio, under-hood utility light, and seat belts were also added. 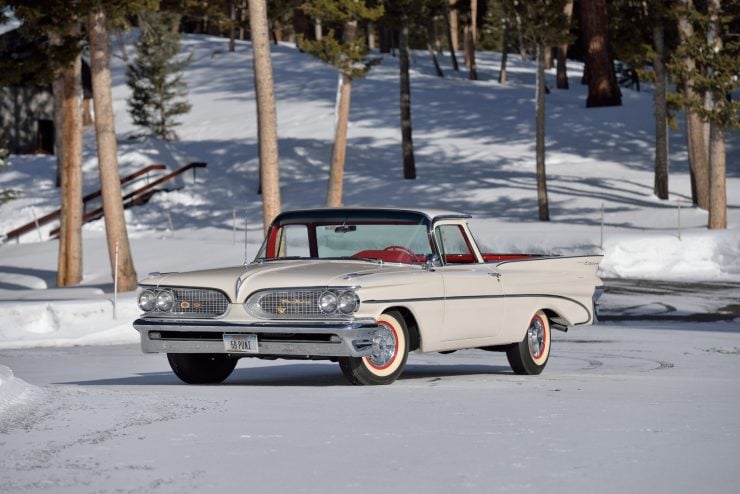 The Death and Rebirth of the Pontiac El Catalina Prototype

Once completed, the El Catalina was shown to the general manager of Pontiac Division – the famous Bunkie Knudsen. He had reviewed the 1959 sales figures of the Ranchero (14,169) and El Camino (22,246), they weren’t promising as the 1958 recession had impacted sales across the board.

Eventually, Knudsen decided to cancel the project. The second example that was still under construction was instead used as a parts delivery and factory vehicle, and the original El Catalina ended up in a basement at the Pontiac Retail Store Parts Department.

Fortunately it was spotted by Darrel Lotridge, a Michigan resident who decided he wanted to save it. It took him 10 years to buy it from Henry “Hank” Gotham, the manager of the Pontiac Retail Store who had acquired the car and given it to his son to use for transportation to and from college.

By 1969 the car had significant rust – it had never been intended for road use and as a result hadn’t been primed and painted the same way as regular production cars, by the time Lotridge bought it it had over 125,000 miles on the odometer (exact mileage unknown as the ticker had stopped working).

The restoration took many years, and it passed through the hands of multiple restorers, but the completed car is a significant “what if” from the 1950s, and it’s a car that could very well have been just as famous as the Ford Ranchero and the Chevrolet El Camino.

In the years since its restoration, the Pontiac El Catalina has won a slew of awards, including a POCI National 1st Jr. Gold at Bowling Green, Kentucky (July 2007) with a score of 400/400, a concours Award at POCI Nationals July 2011 with a score of 400/400, an AACA National 1st Junior at Santa Rosa, California (August 2011), an AACA National Senior at Oakbrook, Illinois (September 2011), an AACA Grand National 1st at Moline, Illinois (June 2013), AACA Grand National Senior at Lebanon, Tennessee (June 2014), and the Concours of the Americas Spirit of the Automobilist Otto Rosenbusch Memorial Award in July 2014.

The car is now up for public auction with Mecum at the Indy Auction in mid-May, if you’d like to read more about it or register to bid you can click here to visit the listing. 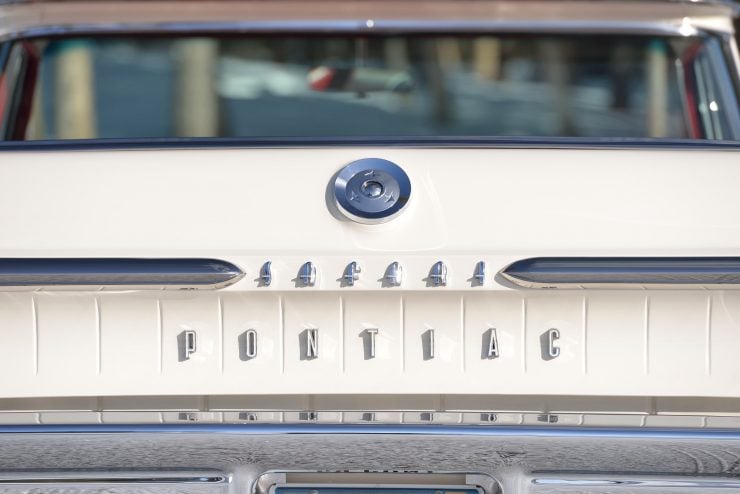 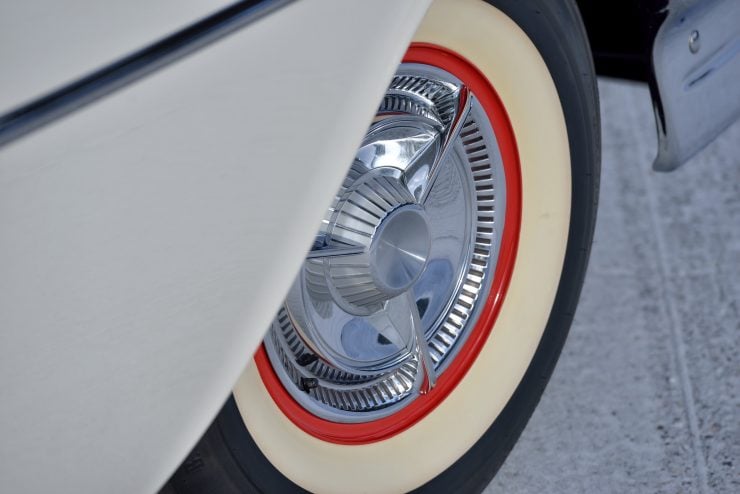 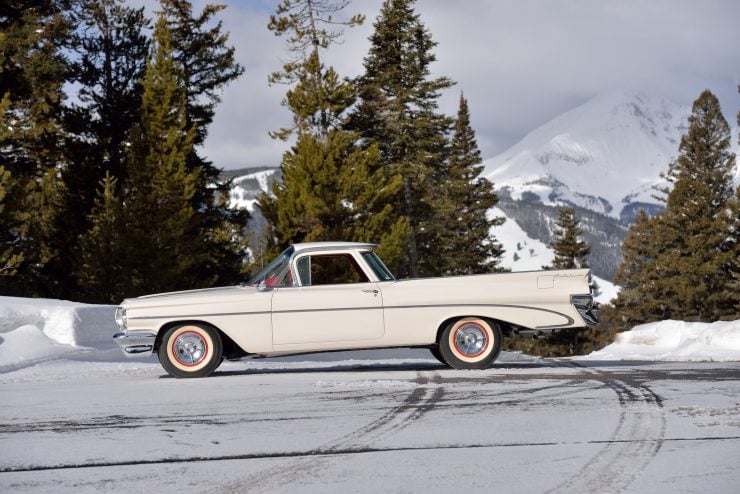 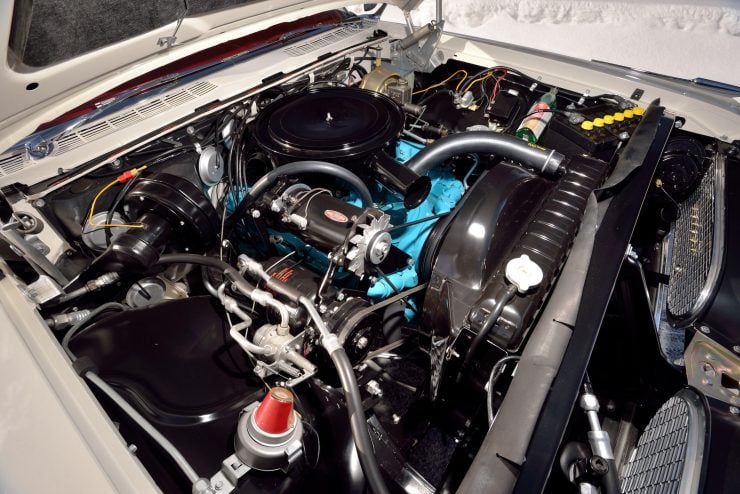 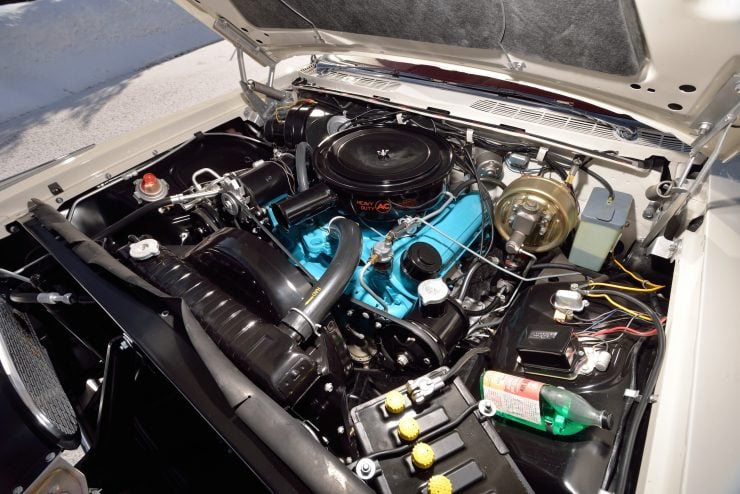 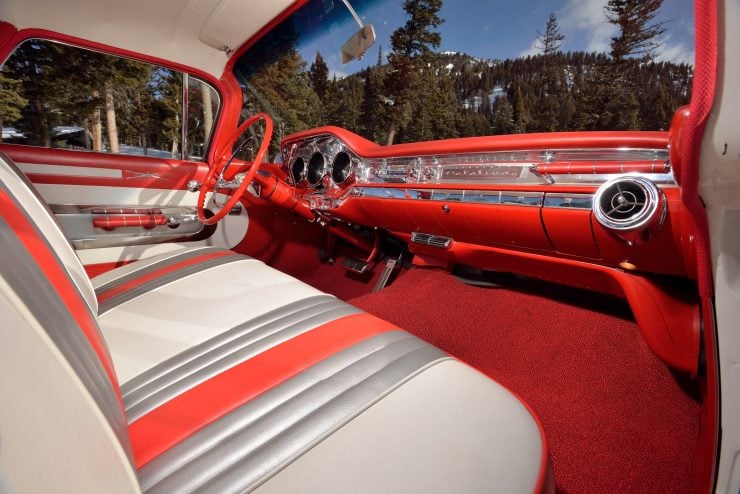 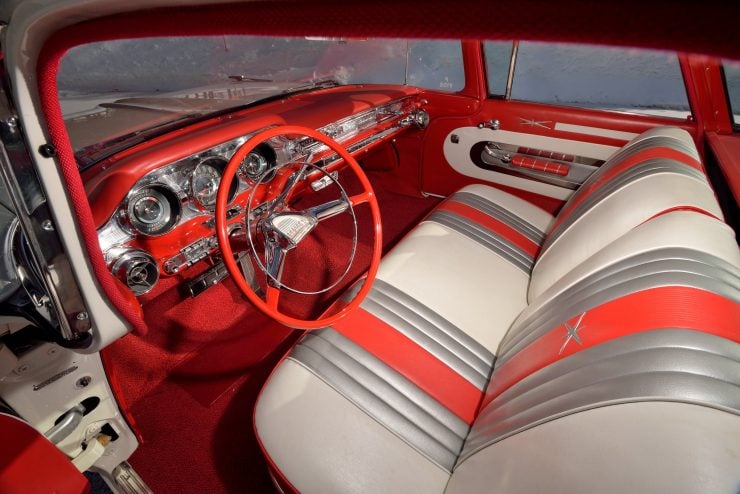 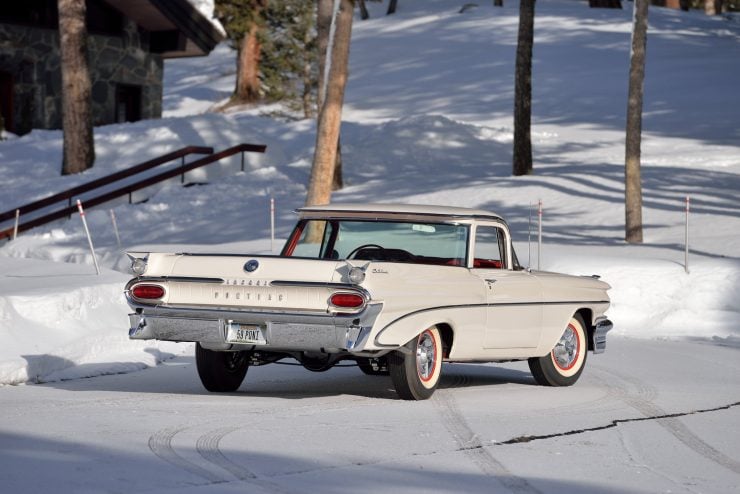 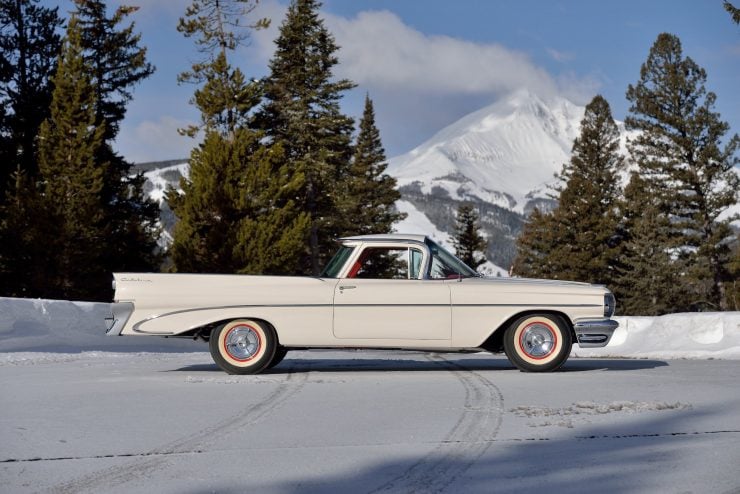 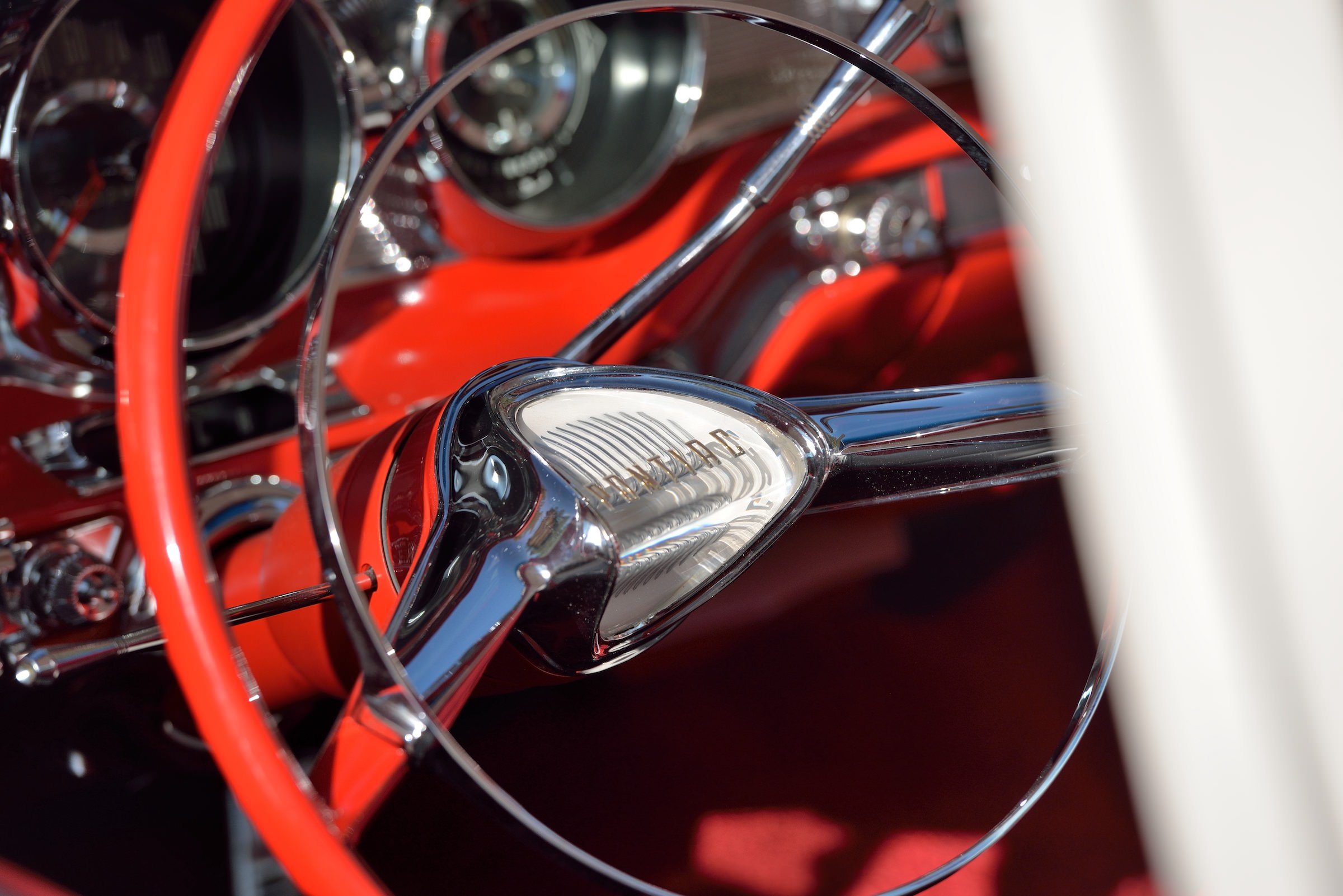