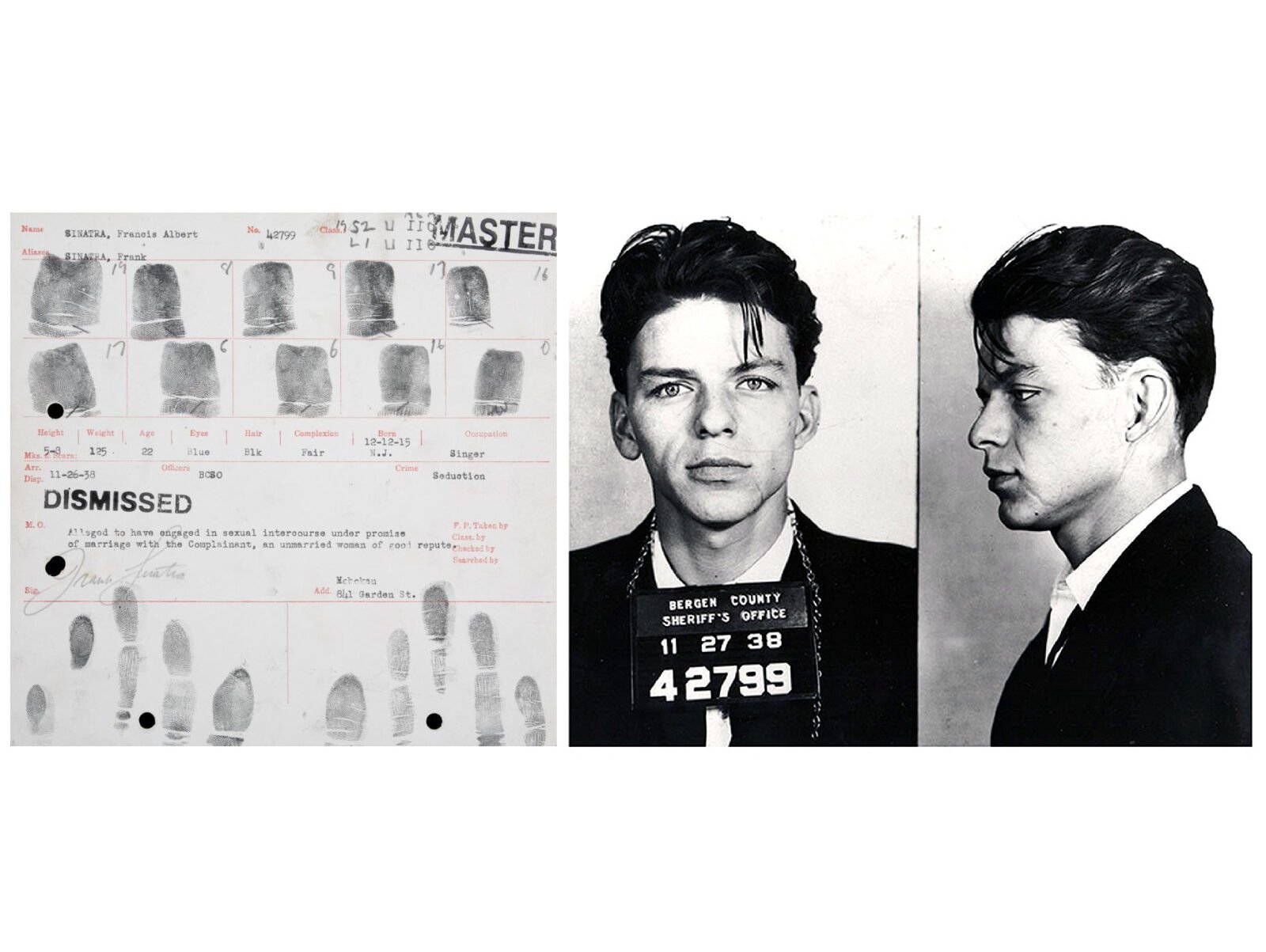 These are Frank Sinatra’s original fingerprint records from his arrest on the 26th of November 1938 – he was charged with the crime of seduction.

His alleged conviction was for engaging in sexual intercourse under promise of marriage with an unmarried woman of good repute. The fingerprint record lists Sinatra’s age, weight, height, hair and eye color, birth date and occupation.

According to the FBI reports: “On the second and ninth days of November 1938 at the Borough of Lodi” and “under the promise of marriage” Sinatra “did then and there have sexual intercourse with the said complainant, who was then and there a single female of good repute.”

This, the charge stated, was “contrary and in violation of the revised statute of 1937.” The charges were later dismissed when it was determined that the woman involved was already married.

The fingerprint sheet is stamped “dismissed.” Sinatra was just shy of 23 when he was arrested in Bergen County, New Jersey.

The sheet measures in at 7 3/4 by 8 inches and presents in overall good condition and is due to be auctioned by Julien’s as part of the Music Icons sale closing on the 19th of May with online bidding currently underway. The mugshots of Frank are not part of the auction, they’ve been included for context. 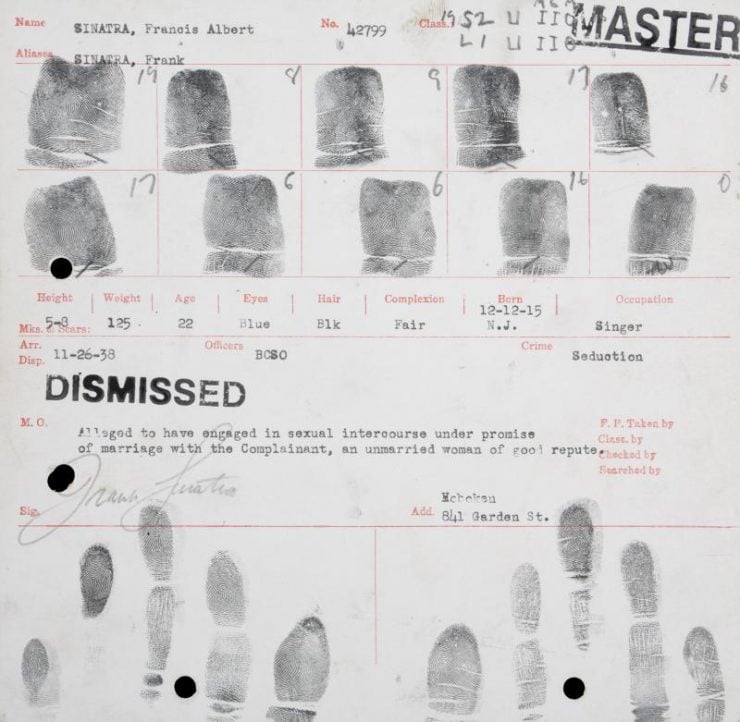 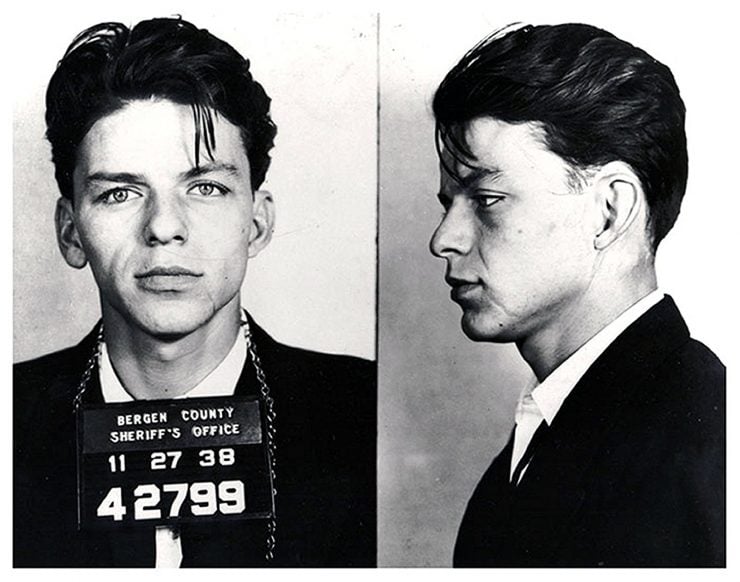 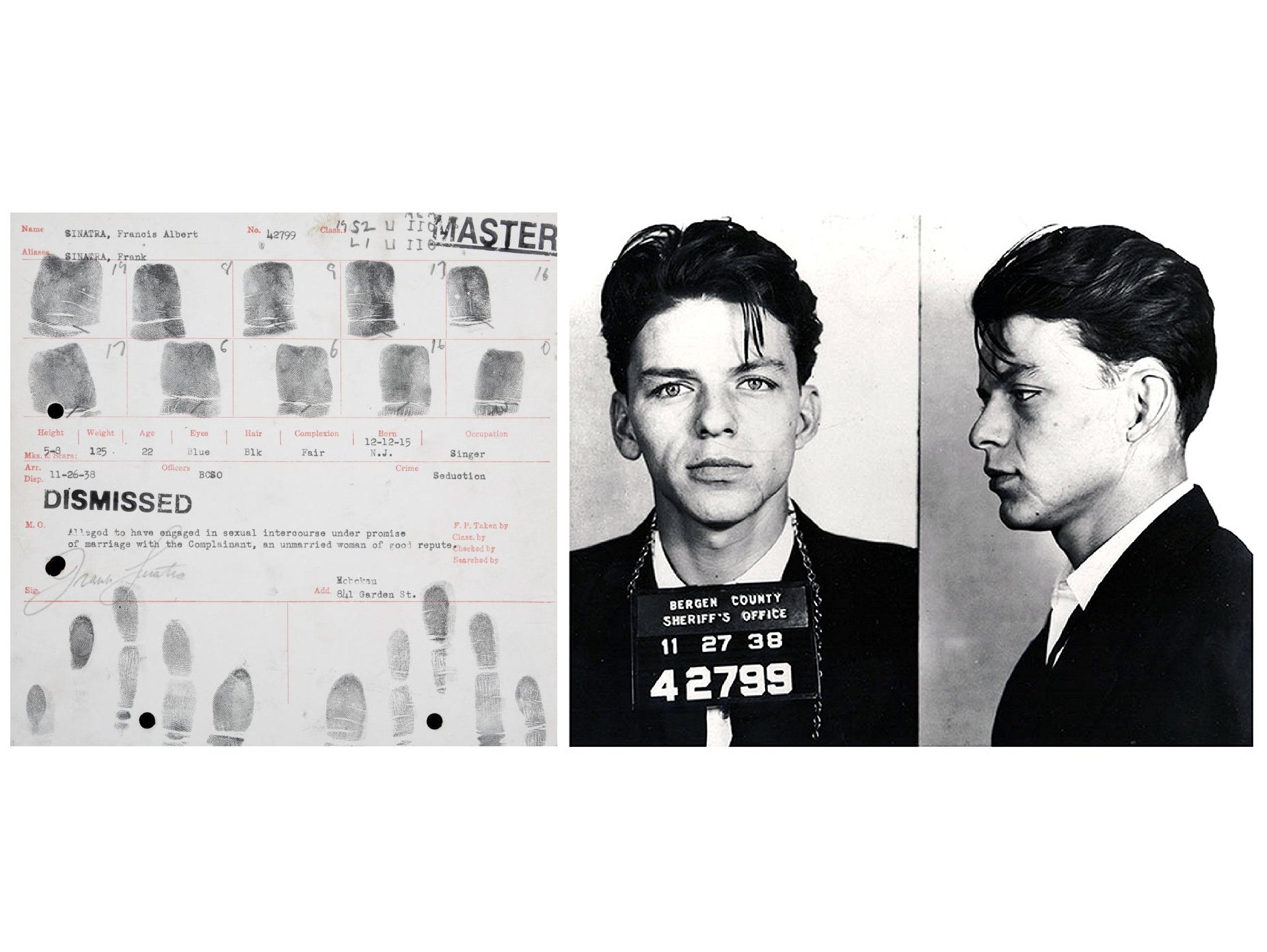