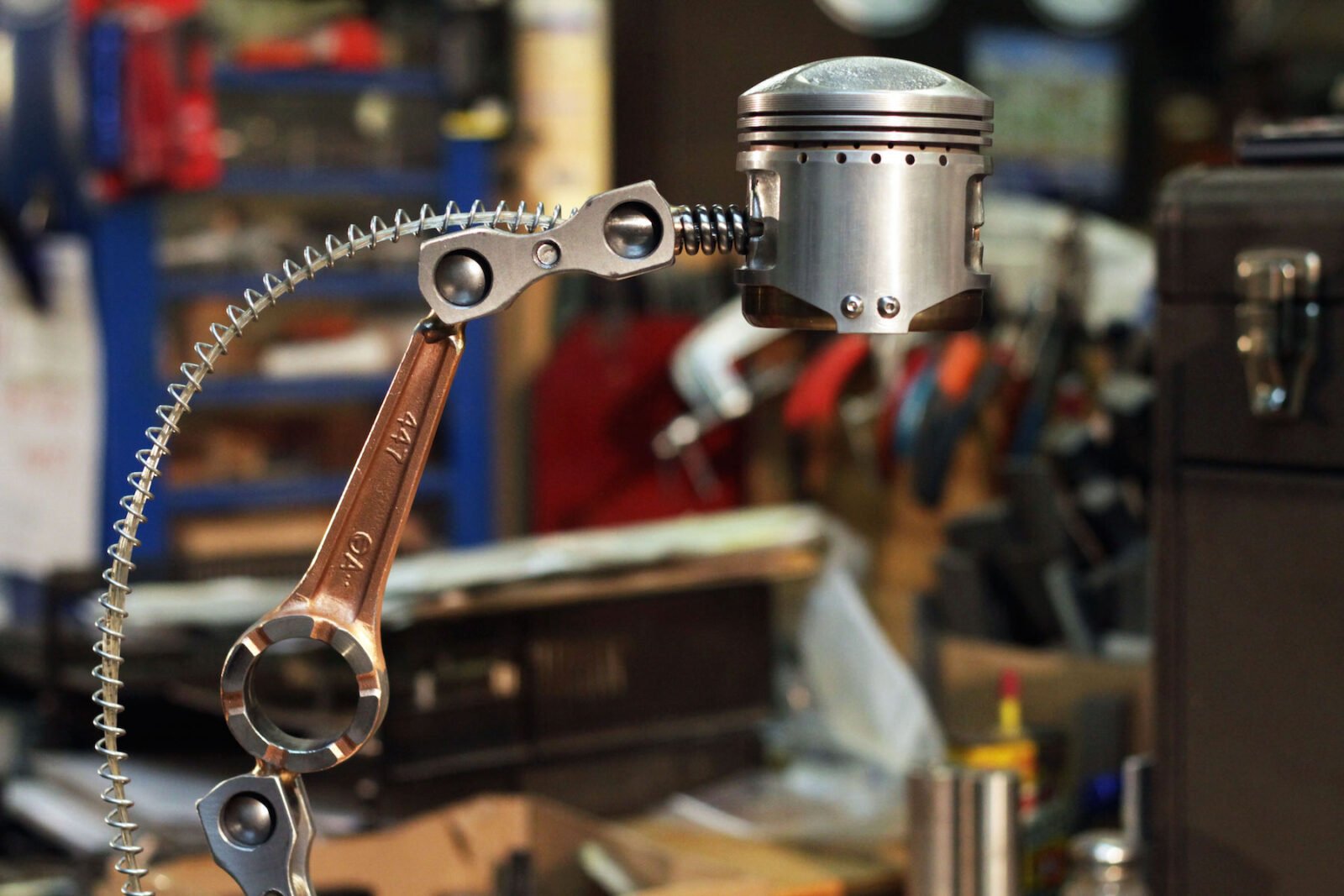 We’ve seen all manner of motorcycle derived lamps over the past few years, but I’m reasonably certain that this one by Andrew Ziec is amongst the best we’ve ever had on Silodrome. Andrew is a machinist and fabricator who works in a small shop that specialises in creating prototypes and low volume production runs, in his spare time he works on motorcycles and occasionally creates furniture and homewares.

The lamp you see here was created for a friend who wanted something unique for her father, the two agreed on a motorcycle-inspired lamp concept and Andrew began raiding the parts bin for suitable donor bits and pieces. He decided to use a Yamaha XS650 piston as the head, with two XS650 connecting rods at the arm, a large gear for the base and a motorcycle ignition switch as the on/off mechanism.

The completed lamp is fully adjustable thanks to the ball joints used in the arm, and light is provided by a long-lasting LED bulb. If you’d like to commission him to build you a lamp or something similar you can contact him here via his Facebook Page, alternatively you can click the Buy Now link below to see his current stock on Etsy. 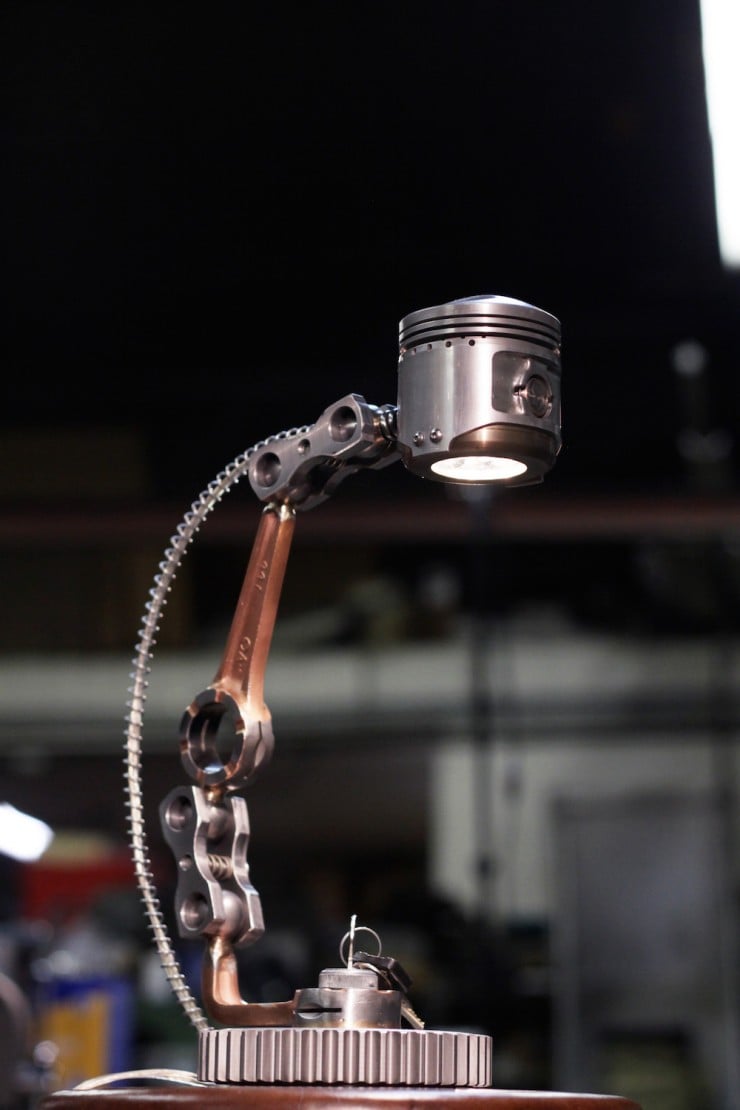 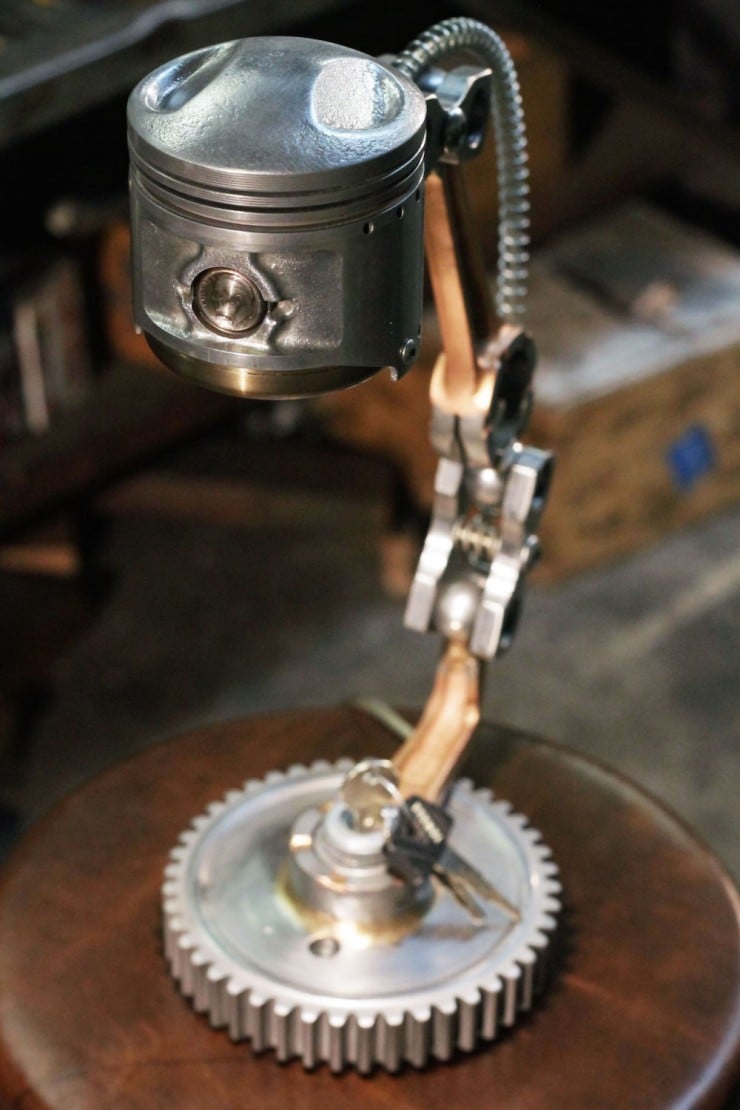 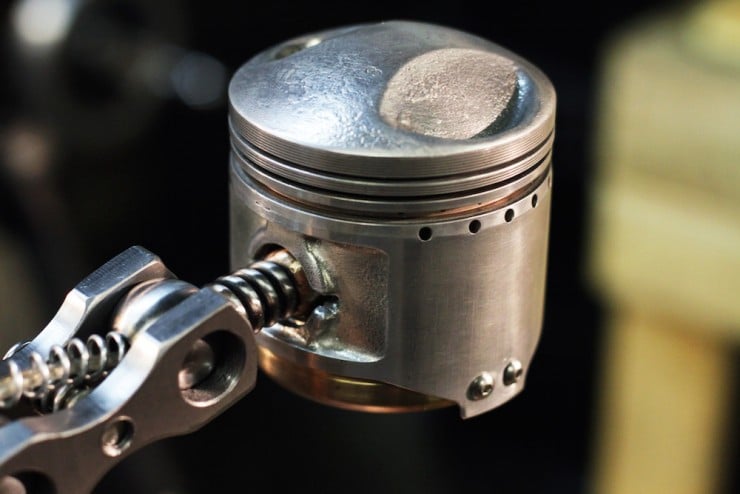 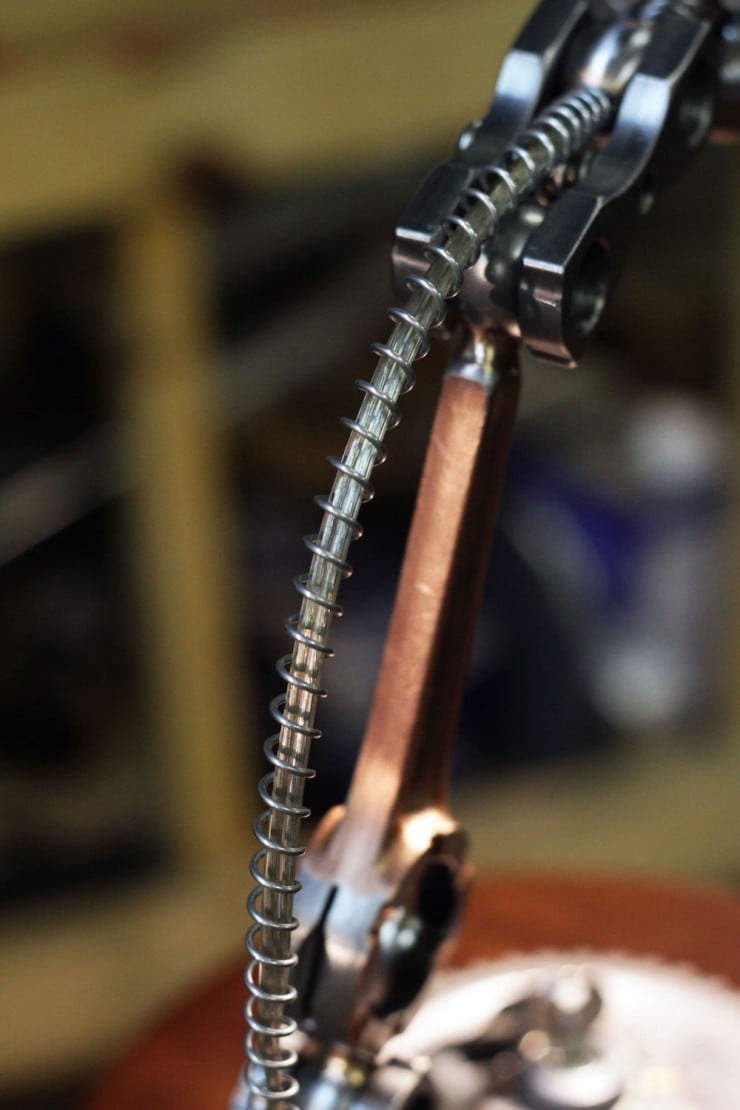 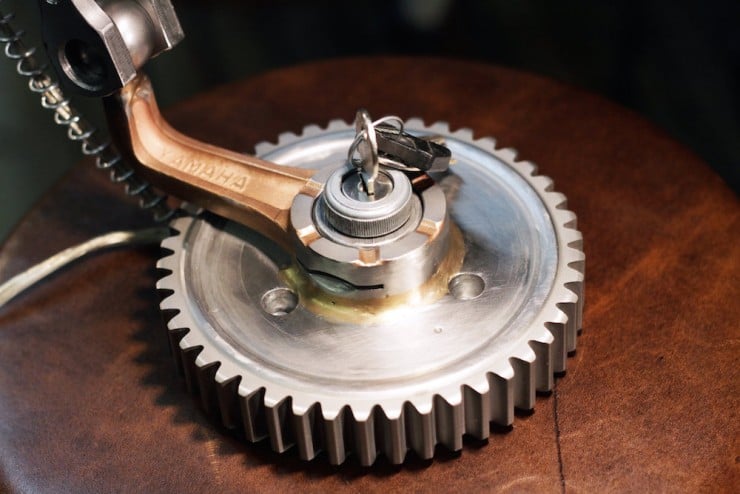 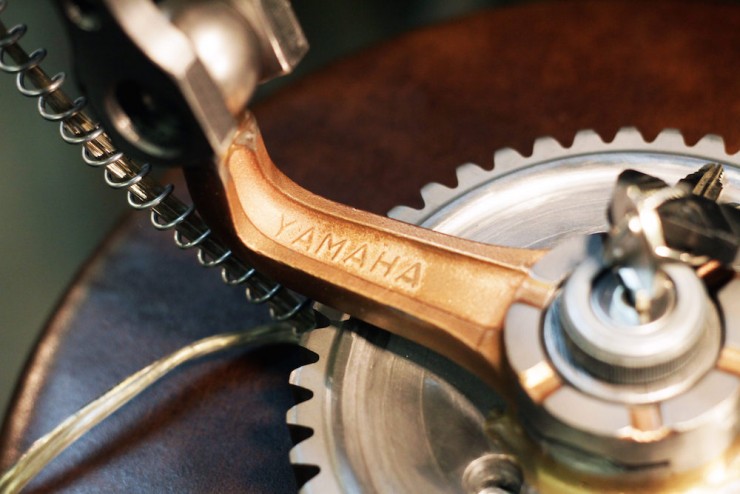 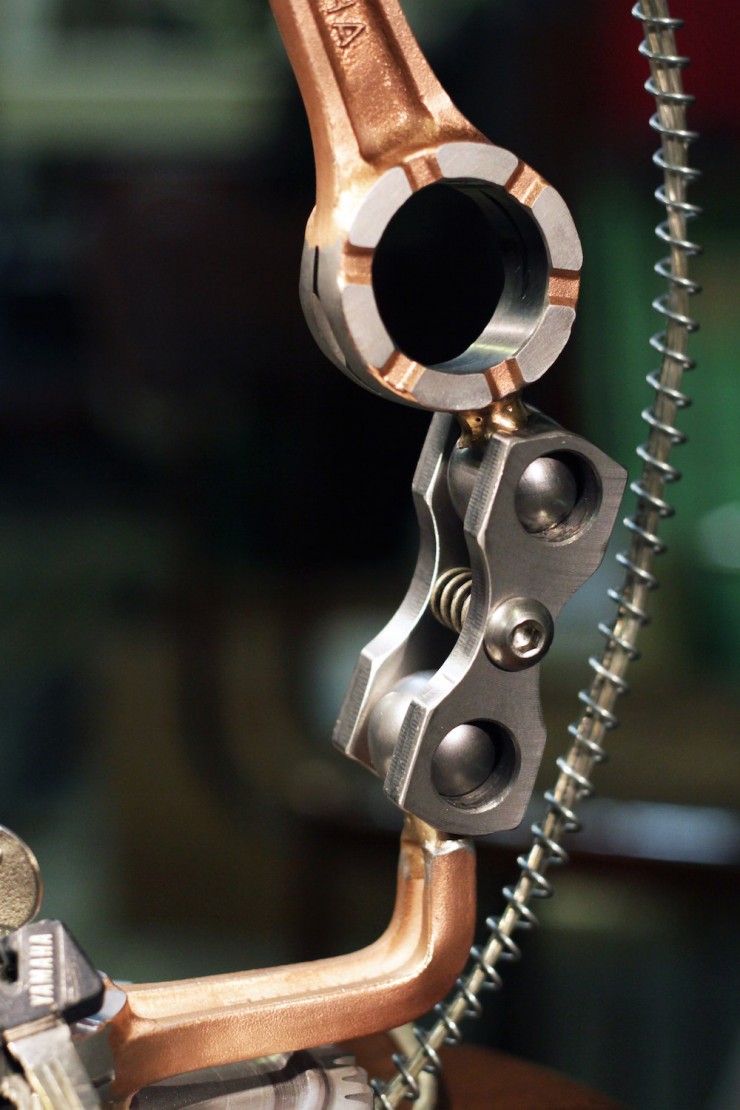 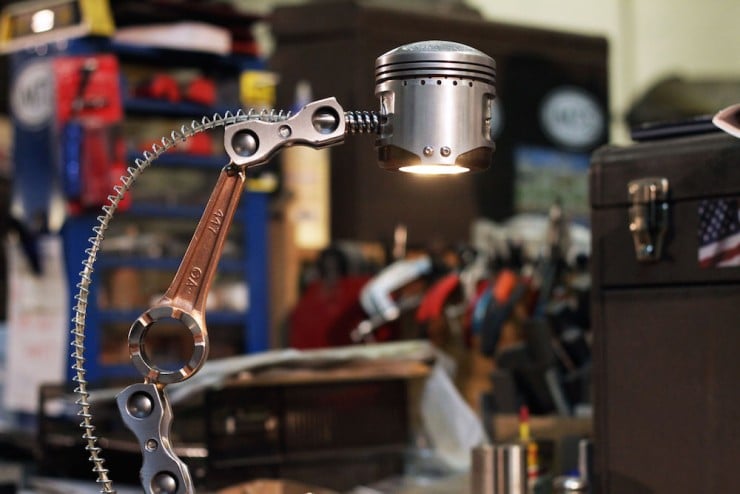 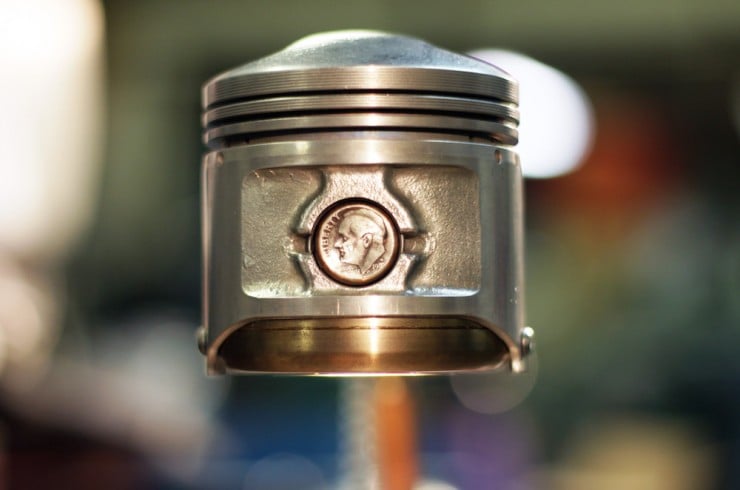 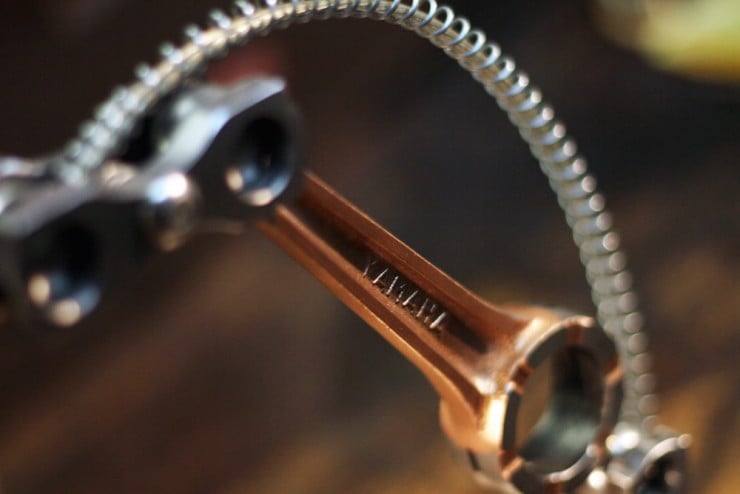 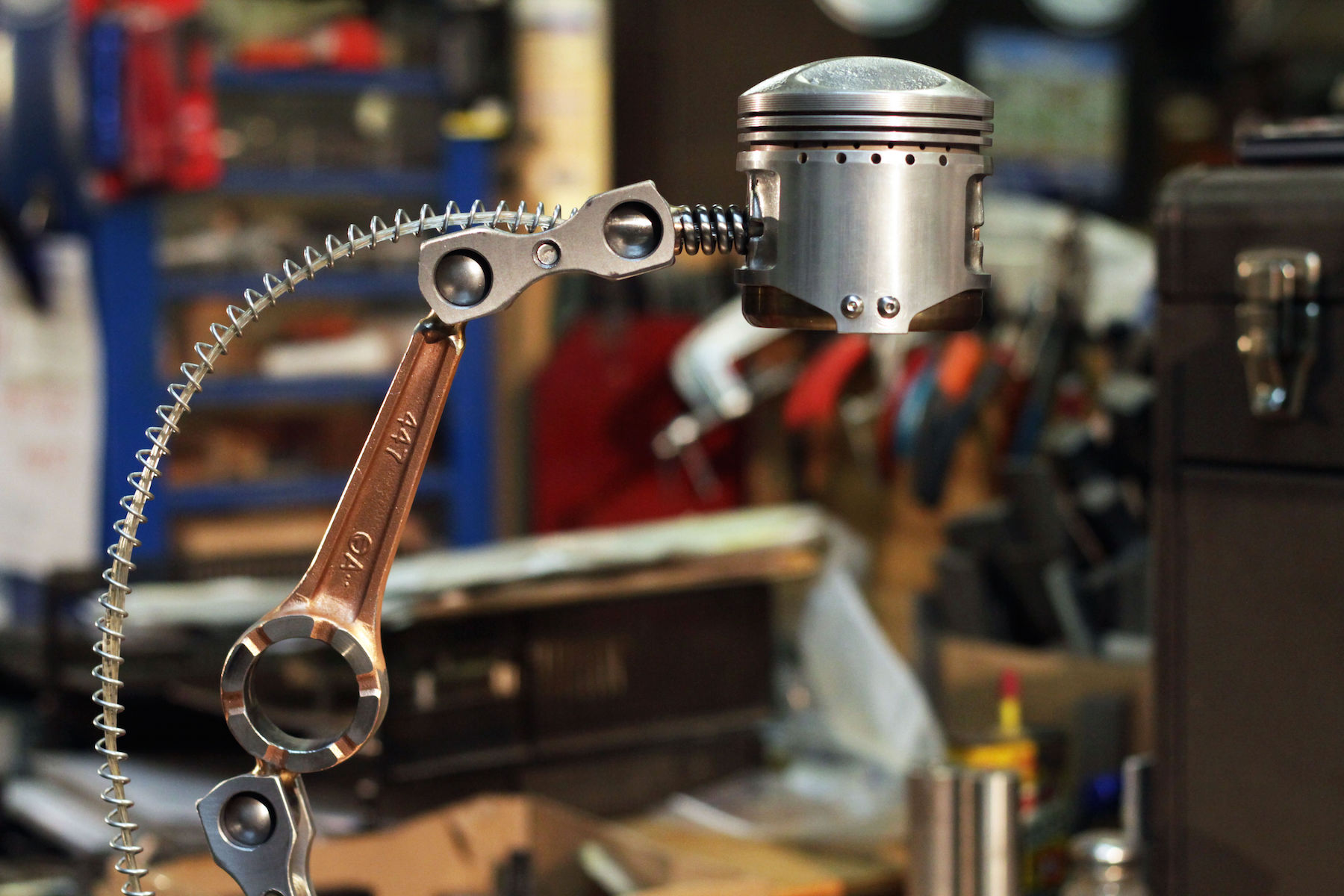