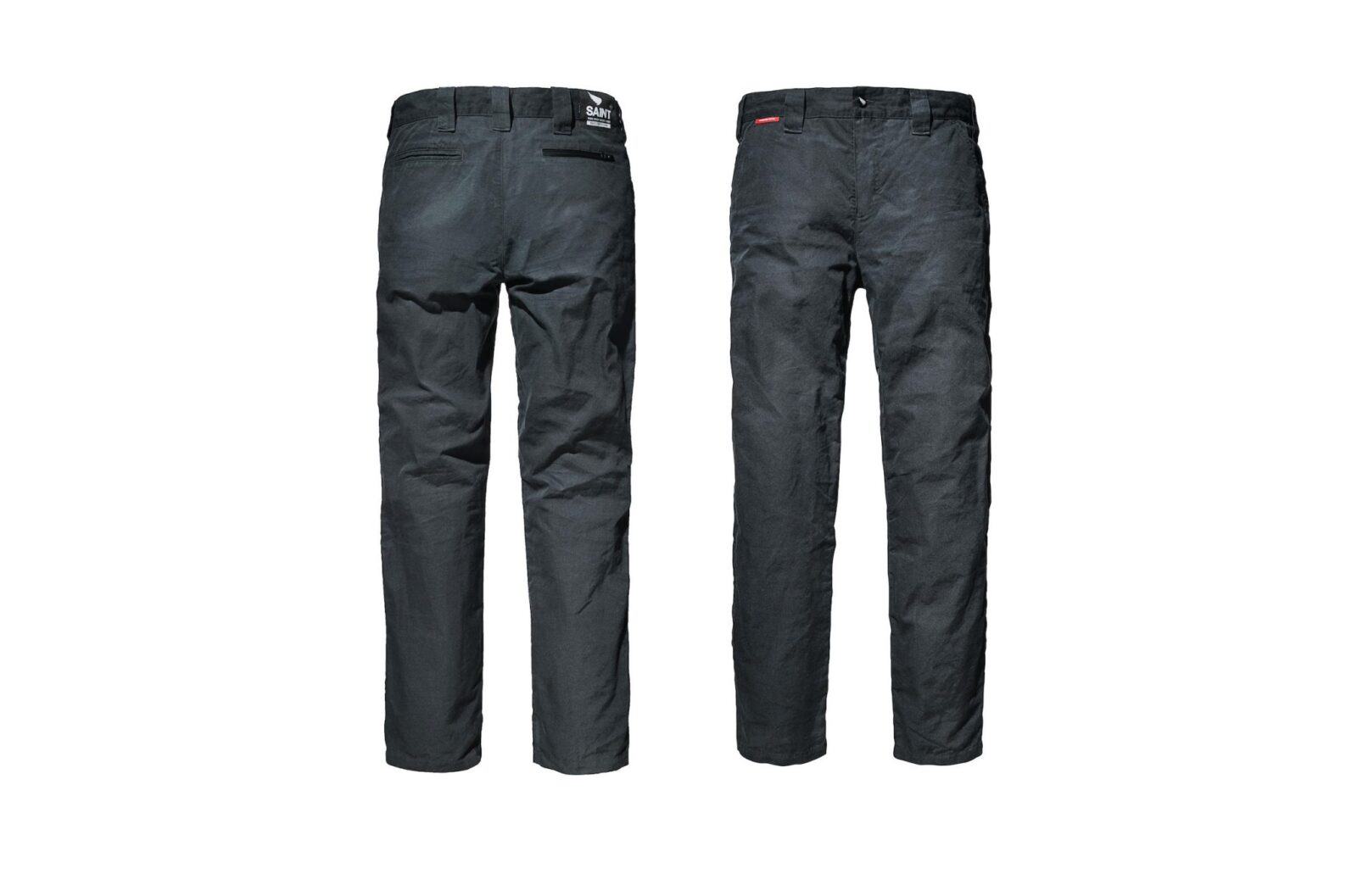 Kevlar technology is progressing at a rapid rate, mostly fuelled by development for military and law enforcement applications, but motorcyclists have been reaping the benefits as a bit of a side benefit. The pants you see here are made from 100% black Kevlar and are designed specifically for use by riders, they’ve been subjected to CE testing where they performed 7.7 times better than standard denim in high-speed abrasion resistance (3.62 seconds vs 0.47 seconds respectively).

Saint is the company behind the design, they’re an Australian operation that were founded to bring cutting edge technology and style to the moto gear space. This pair of Kevlar motorcycle drills is 100% made from black Kevlar and features 360° tensile strength, they’re triple stitched with bound seams, use YKK zippers and have 3M reflective material on the cuffs for added visibility. 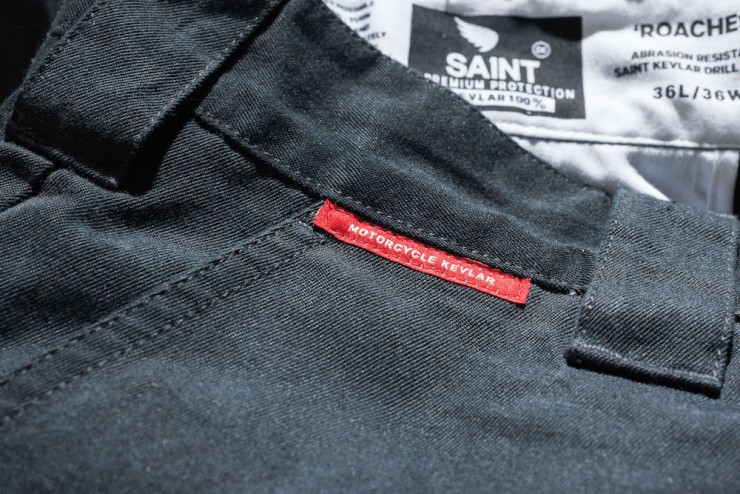 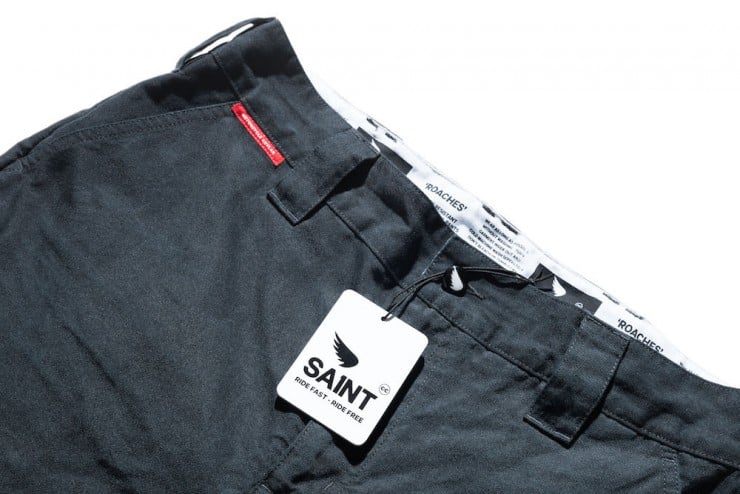 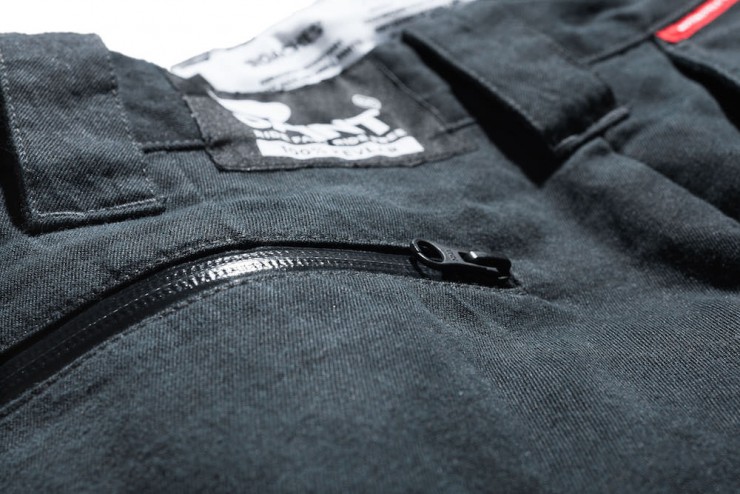 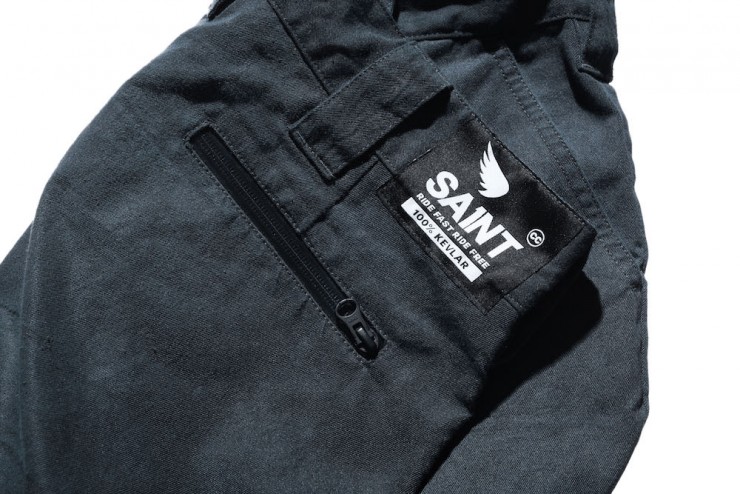 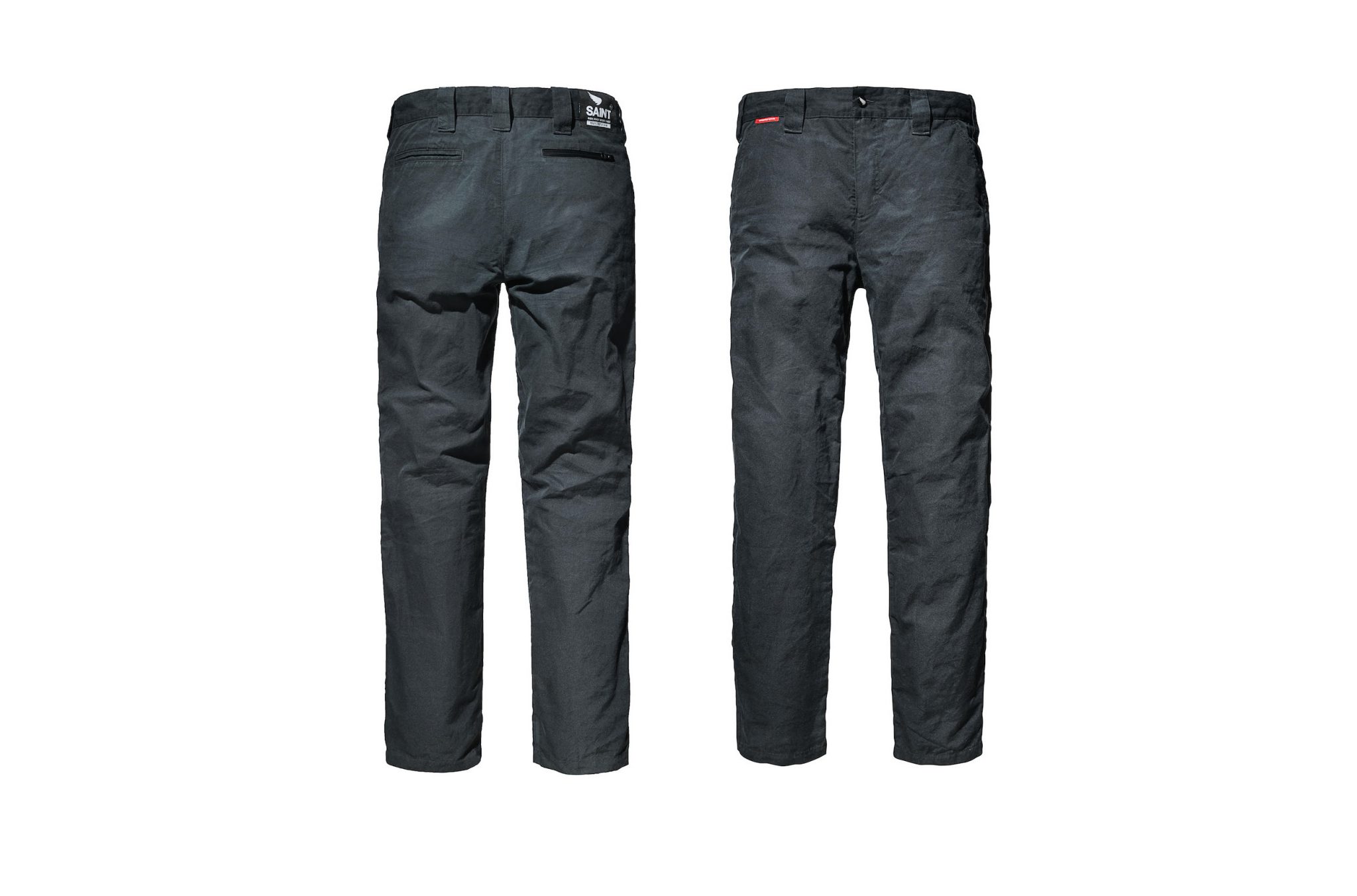