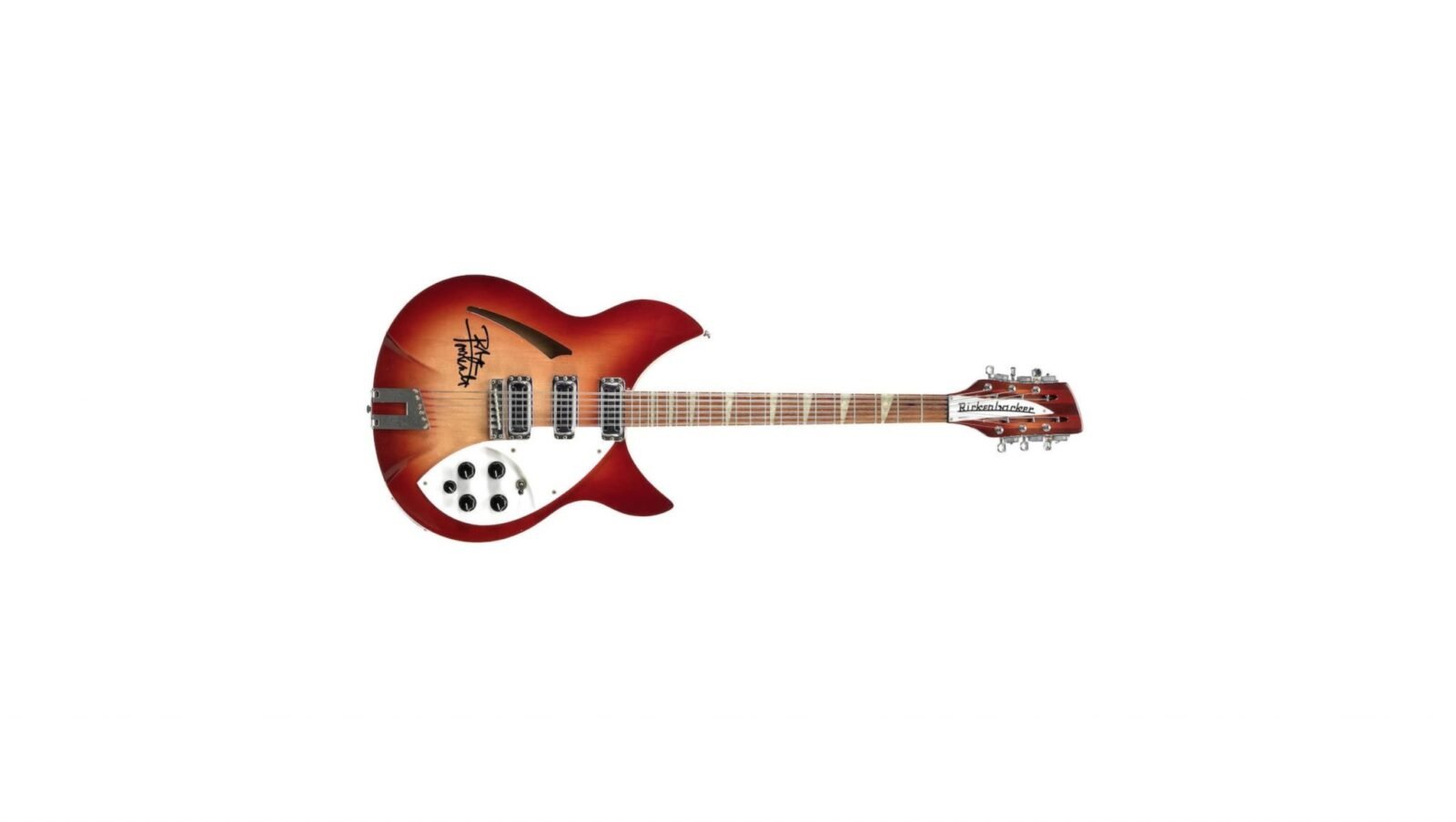 Pete Townshend became famous early in his career as the front man of The Who as a guitar smashing tour de force – a man who stood in stark contrast to the relatively buttoned-down Beatles.

The Rickenbacker you see here is one of two being offered in the same lot at the upcoming Bonhams Entertainment Memorabilia Auction due to be held in London on the 10th of December 2015. One of the Rickenbackers is presented in immaculate, as-played condition and the other was smashed on stage during the same 1989 tour.

You can read more about it in Pete’s own words below, or click here to view the official listing.

‘…To bring some of the early Who songs to life I decided to buy some Rickenbacker 12 string guitars, as used on our very first single I CAN’T EXPLAIN…The problem was that I wasn’t used to the shape, weight or set up of these instruments. I’d forgotten that they are very delicate, lightly made. Indeed, my entire guitar-smashing reputation had been triggered when I was just 19 years old when one of them literally fell apart, as I was making the noises of war using feedback. I had decided there and then to smash it, making my very first statement on stage of art with an ”autodestructive” function…I think I thought that would be the end of the band, and me, and I would continue quietly at art college. In fact the guitar smashing ignited something in the audience and the word got out.

In the first years of work with The Who in 1964 and 1965 I smashed about 7 Rickenbackers, but never another until 1989, and the one offered here is the only one to survive, even in pieces…One day on the 1989 tour…I got into a muddle with the guitar strap on one of my ready-to-play Rickenbacker 12 strings after a string break, and was trying to swap it when it fell to the ground and the neck was smashed. Here was another opportunity for autodestruction al la 1964! No longer 19 years old, and no longer at art college, I did my best. I tried to look angry, but I was merely flustered, and laughed about it later.

I finished it off, and the pieces were gathered by my guitar technician. Later, I mounted the pieces as an installation, and that is on offer here. I will never smash another Rickenbacker again, and certainly never mount one as a trophy in this way…I am including here the other 12 string guitar from the same tour – both of these instruments were played many times during that anniversary tour…’ 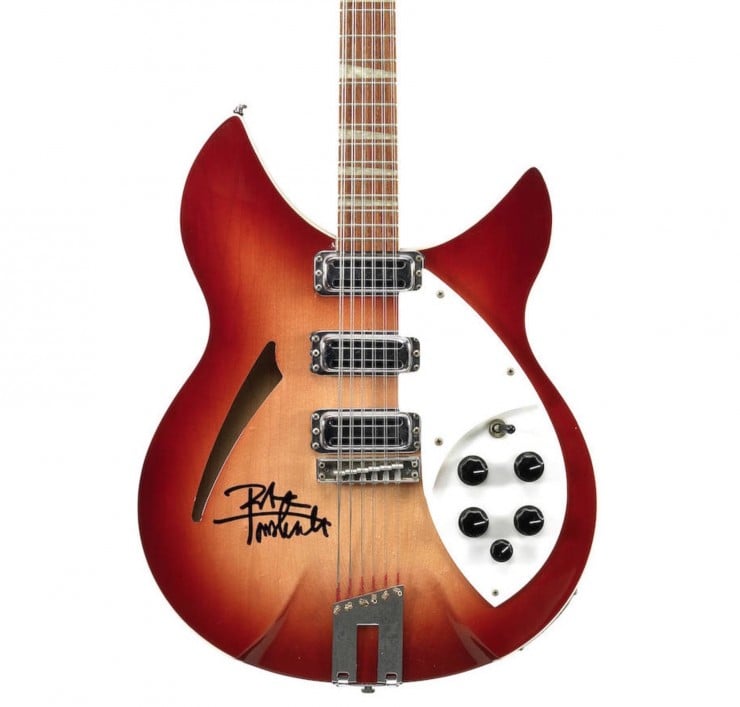 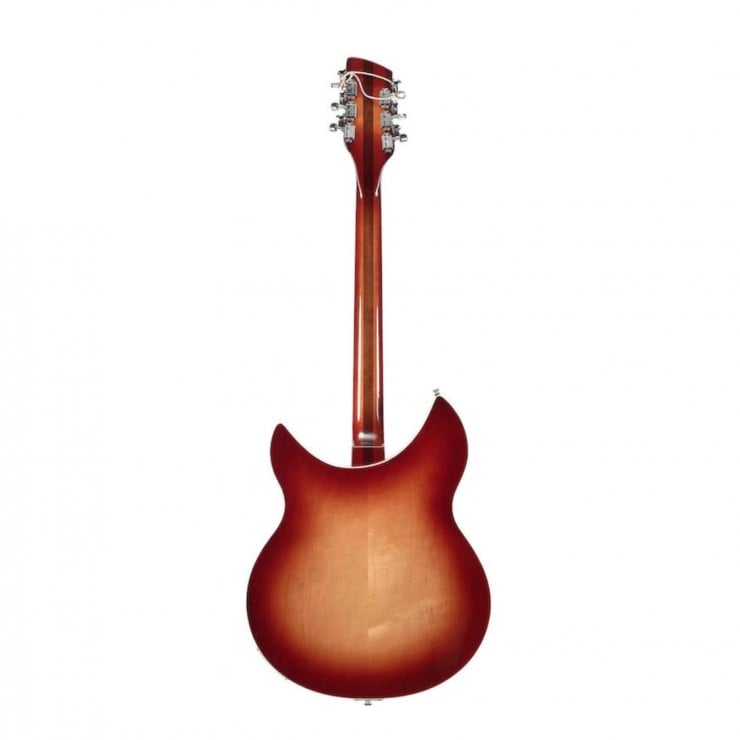 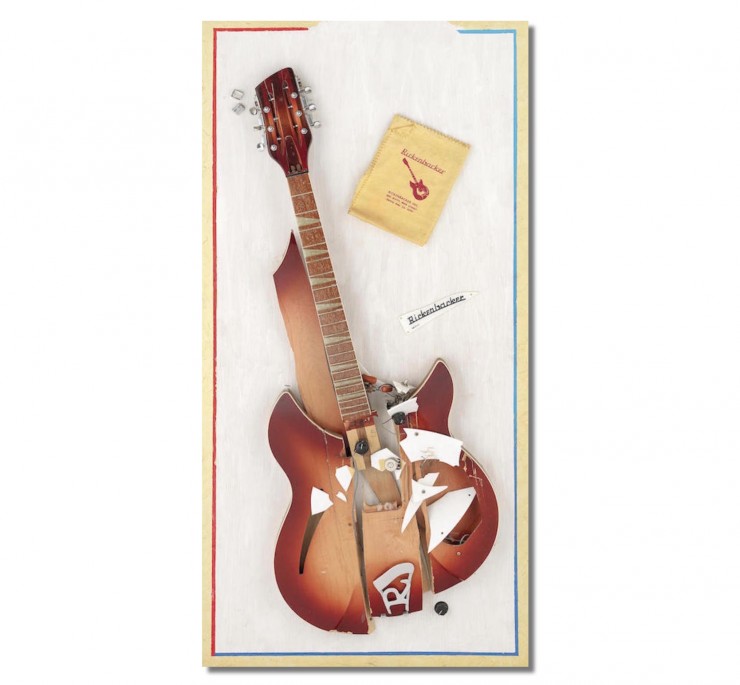 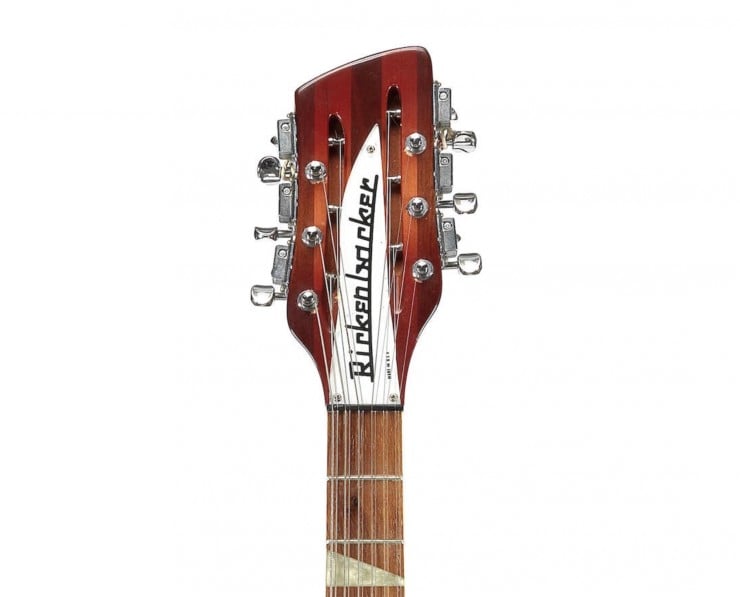 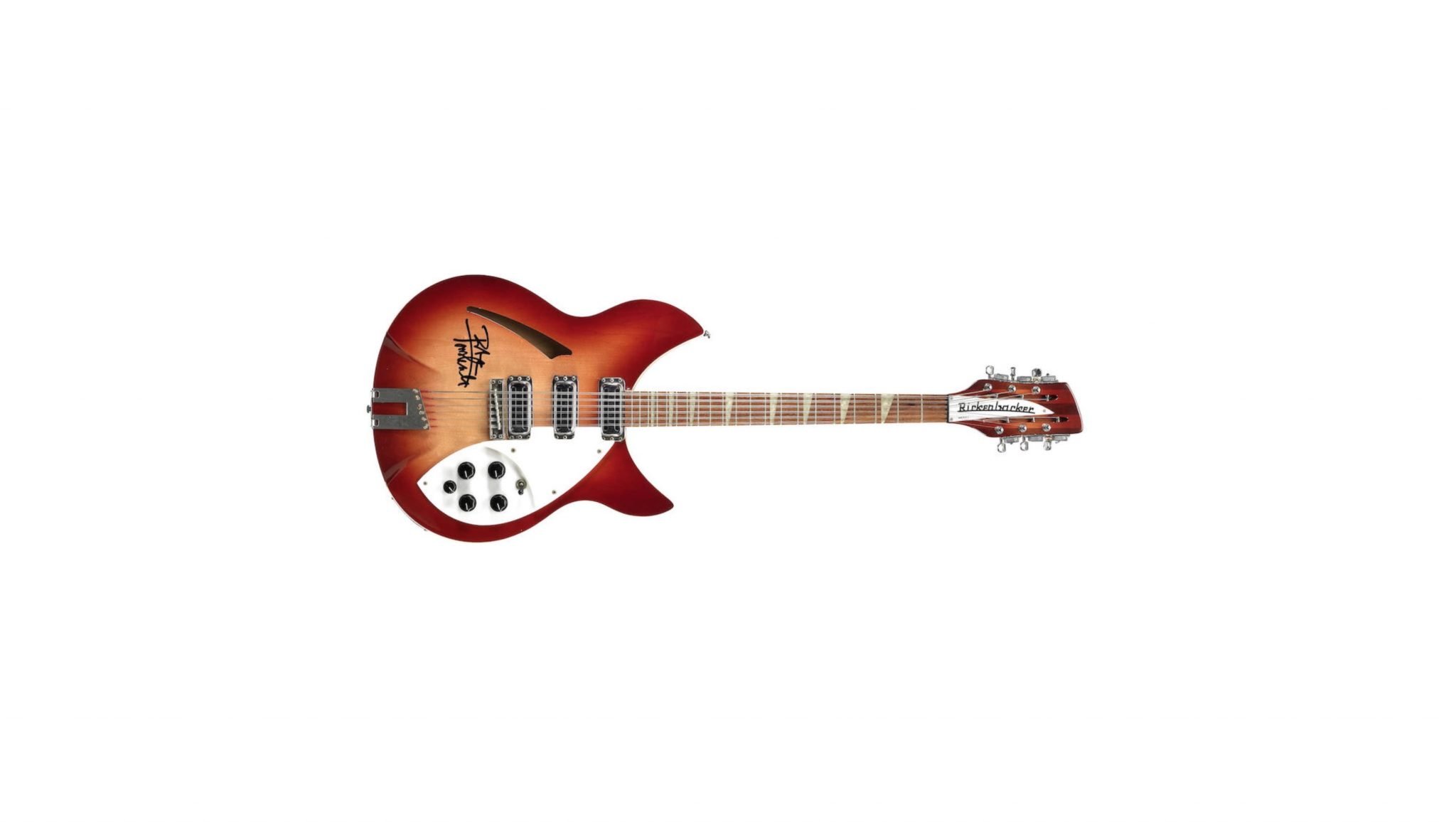