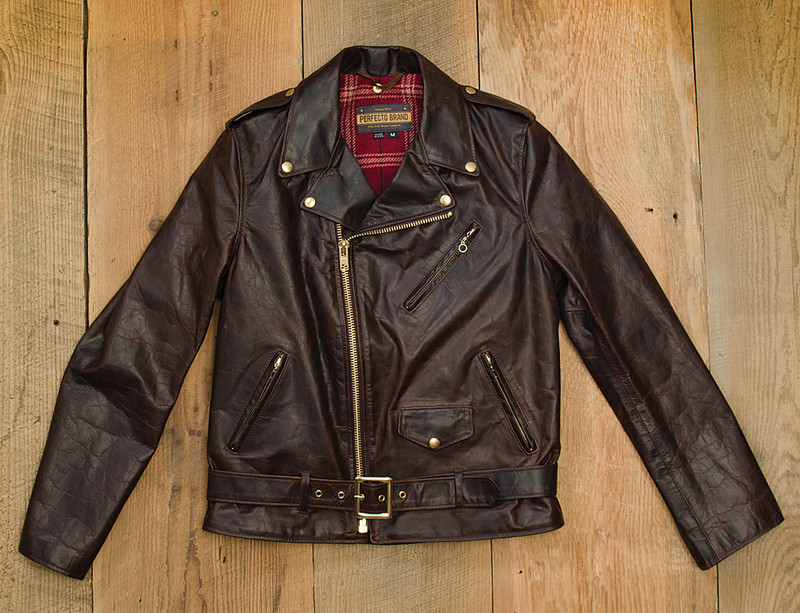 Perfecto is a Schott owned boutique clothing company specialising in American made, classic jackets. They’re made one by one in Schott’s New York based factory, each jacket is made from hand-oiled vintaged leather with brass fittings and a plaid wool lining.

The Perfecto Runaway jacket isn’t cheap, but they last for decades and only get better looking as time goes by.