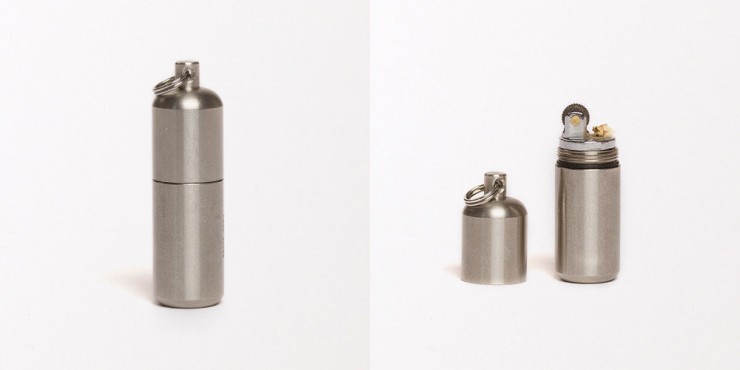 It’s hard to stress the importance of a lighter when you’re off the beaten trail, some people use matches or even a flint but if we’re all honest, a flick of the thumb is always going to be the preferable way to get the fire lit after a long day of trekking.

The Peanut Lighter you see here is 100% waterproof, it’s tiny at just 0.5 inches wide by 1.9 inches tall, each one is made in the USA from 300 Series stainless steel and they won’t break the bank at just $21 USD each. 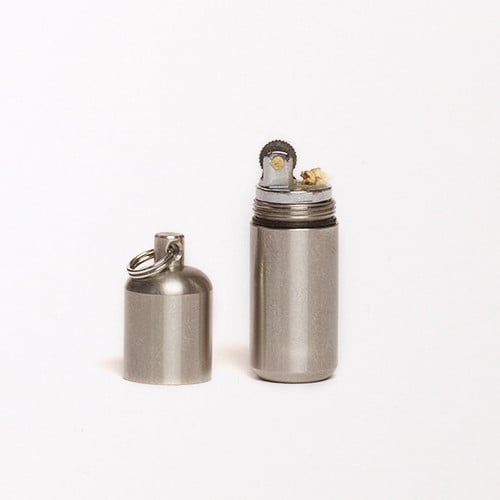