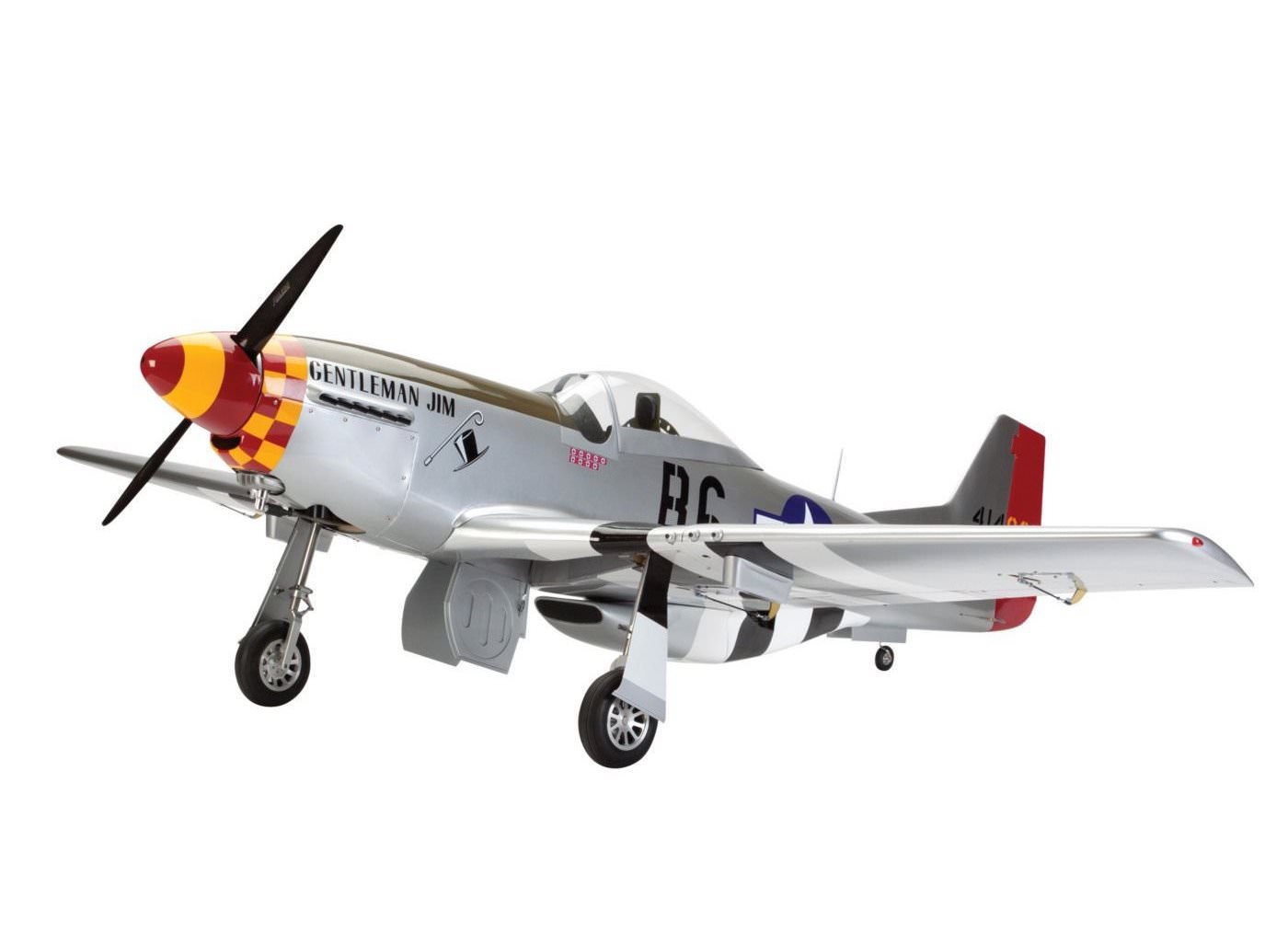 Power is provided by a 62cc petrol engine mounted upfront where you would expect, and it has optional retractable landing gear, a steerable tailwheel, and removable wings to make transportation a little easier.

The team at Hangar 9 designed their Mustang with a true scale outline with all accurate details, two-piece/plug-in horizontal stabilizers, and scale flaps for an authentic appearance. For those who want to take authenticity to the extreme, the wing pylons can be fitted with the optional E-flite remote payload release system and optional bombs or drop tanks.

The main airframe is made of balsa and plywood with full balsa-sheeting, this allows a strong and lightweight fuselage and wings that can a wing loading 40.6 to 43.8 oz/sq ft. The fuselage has a sliding canopy with a full depth cockpit and each kit ships out with two full sets of decals – “Glamorous Glen III” as flown by Captain Chuck Yeager and “Gentleman Jim” as flown by Captain Jim Browning.

This kit is an ARF, which stands for “almost ready to fly”, meaning it only requires about 20 hours of work to get airborne as opposed to some kits that can take well over 100 hours. 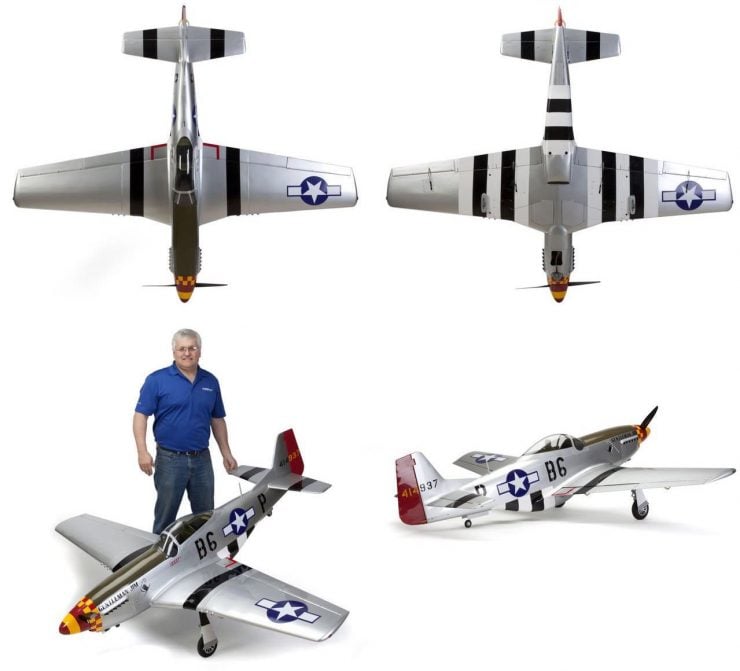 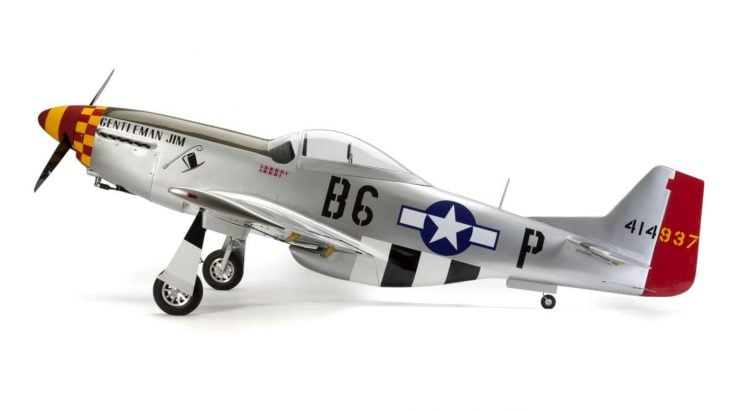 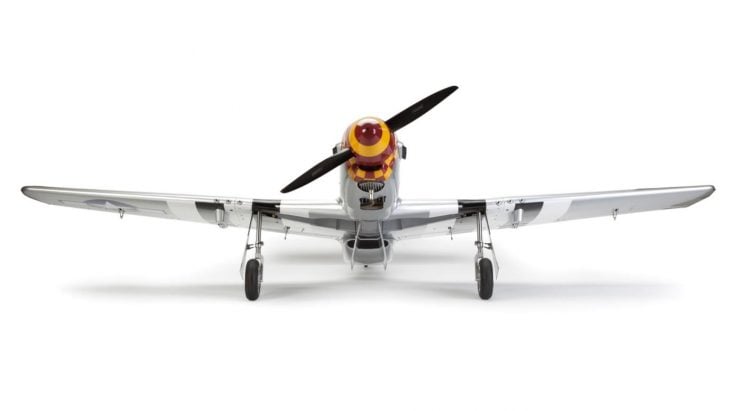 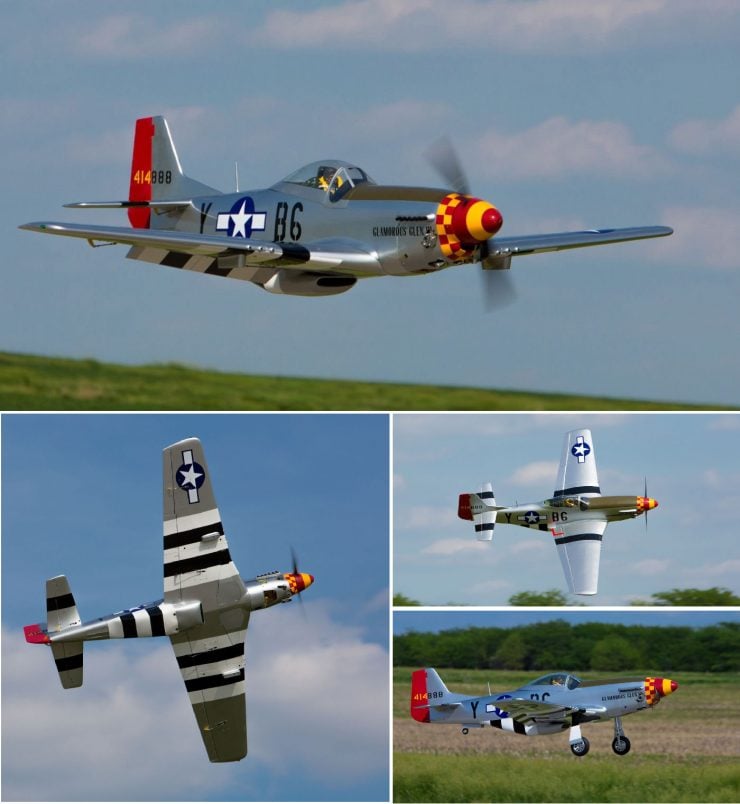 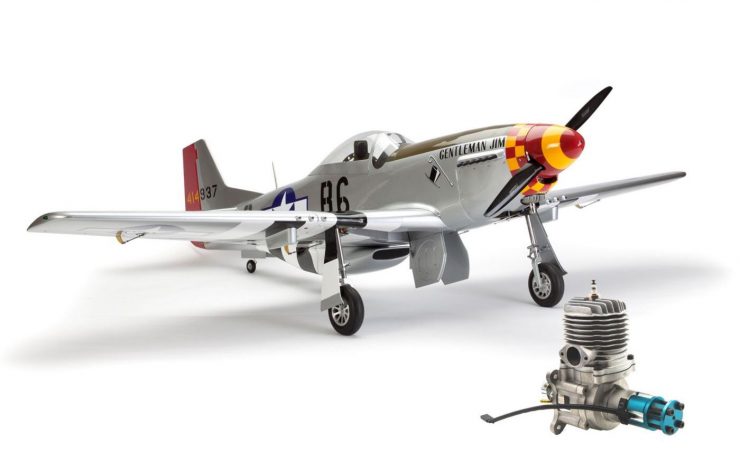 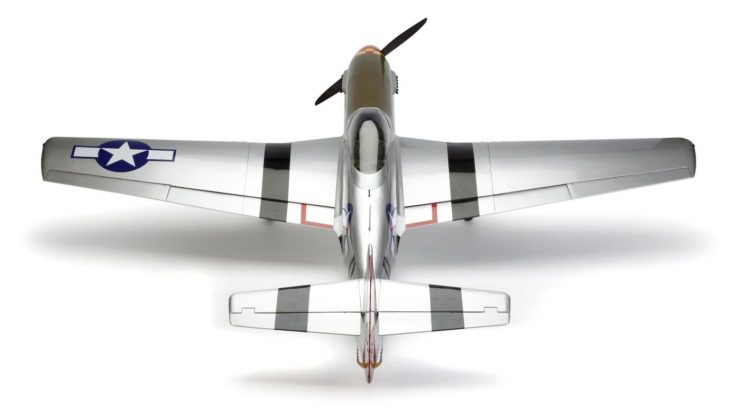