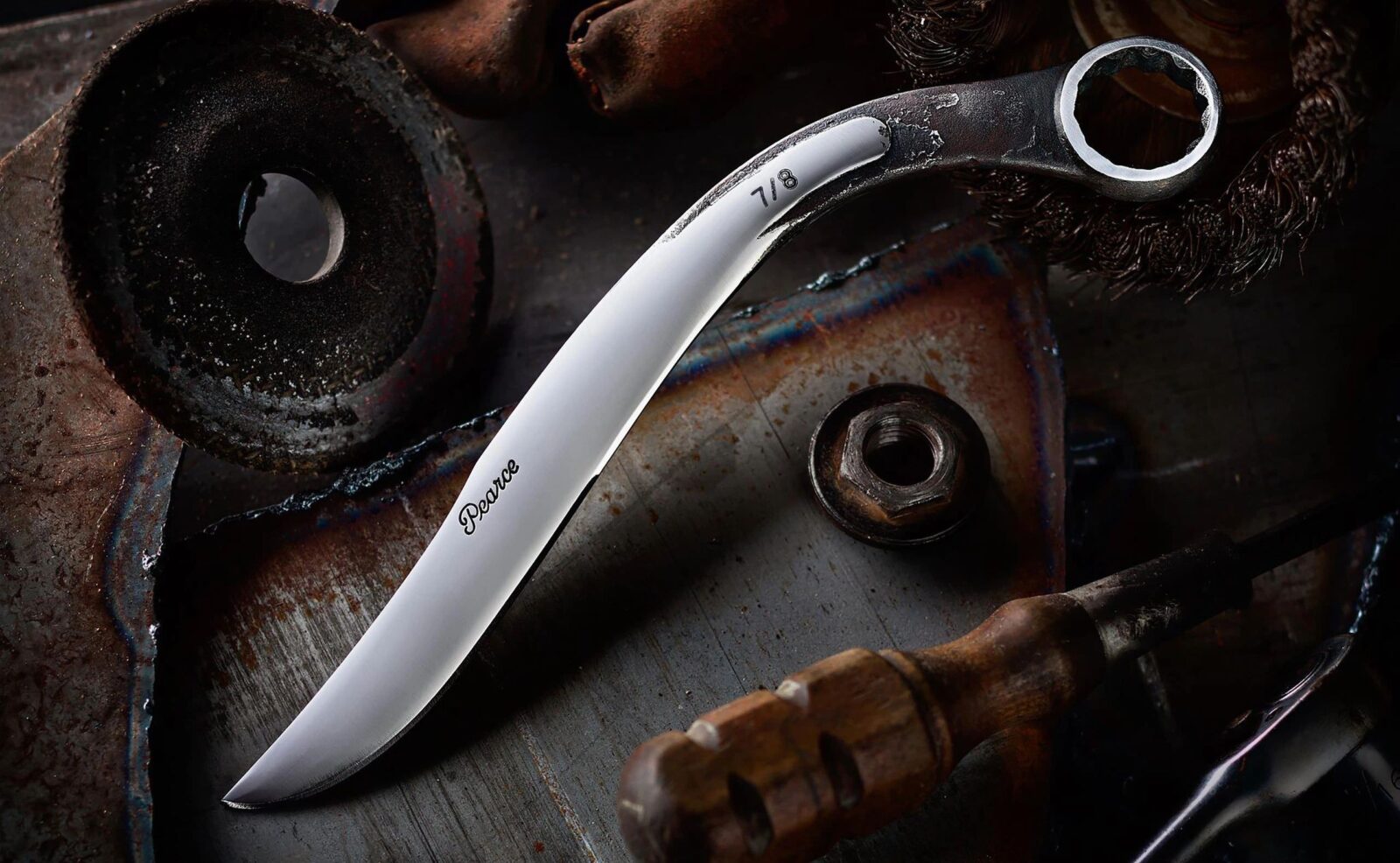 Pearce Knives is run by Logan Pearce, a third-generation American knife maker whose work has been featured in a slew of movies and games including Suicide Squad, FarCry, The Lone Ranger, Watch Dogs, Mobius, Sword Master, and many more.

Over the years Logan has worked with Disney, Warner Bros., Columbia Pictures, Ubisoft, EA, and Bethesda Game Studios. He’s also won over 60 awards ranging from “Best Kitchen Knife” to “Best of Show” at major knife shows around the nation.

Logan’s grandfather Perry Pearce was the first in the family to start making blades professionally, he then taught his two sons and daughter, and together they grew the company to the point where they sold knives in four countries through a number of dealers.

The family business passed to Logan when his grandfather passed away and he’s grown it considerably since taking the reins. He’s been making knives since he was 1, he’s the first American knifemaker to do Russian Filigree on knives – and is only 1 of 6 knifemakers in the world to do it.

Pearce Knives are now sold through dealers in over 30 countries, and many more still from their online store.

The wrench knives made by Logan have become famous in their own right, there are countless copycats that have popped up over the years but none quite match the workmanship than Logan puts into his craft.

Each wrench knife heated and hammered into shape by hand, from a real wrench. After shaping the knives have the Pearce logo embedded in the blade, and they’re polished to a mirror finish.

As each knife is made by hand one at a time no two are identical, and there can be a lead time of a few weeks between ordering and delivery – each knife costs a rather reasonable $50 USD. 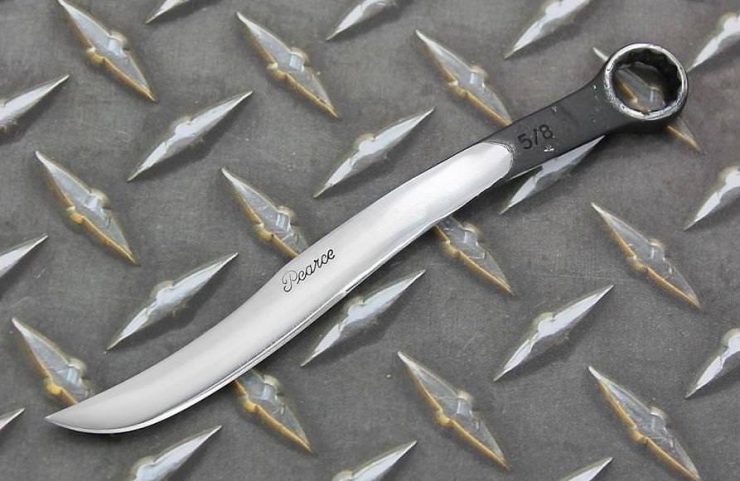 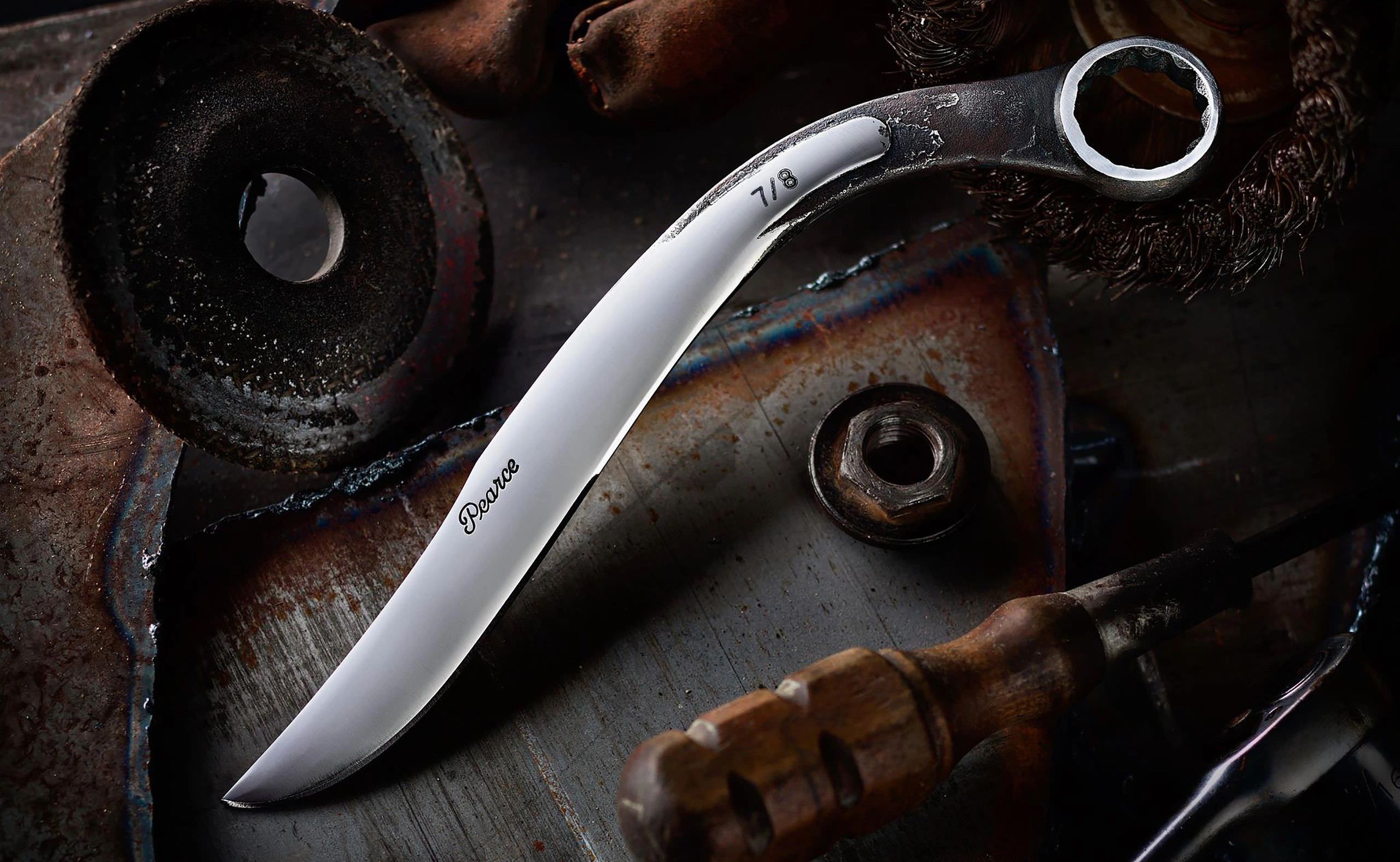