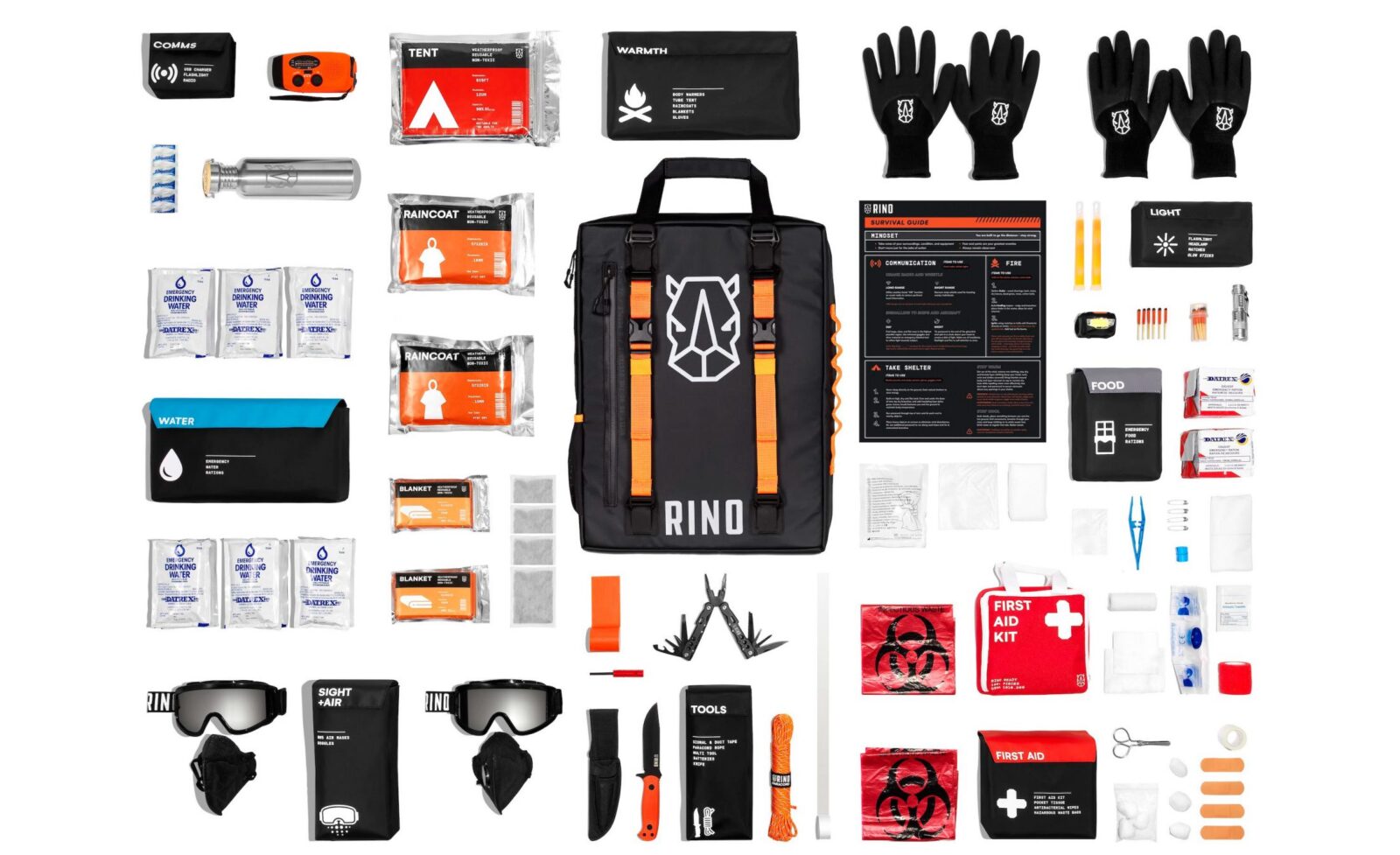 The RINO Ready Companion is a new, 21st century two-person survival kit designed to keep you and one other person alive in the event of a major natural disaster.

The idea of a survival kit contained within a backpack is nothing new of course, they commonly referred to as “Bug Out Bags” in the United States, and they’re often associated with doomsday preppers and basement dwelling “The End Is Nigh” folks.

The team at RINO Ready decided it was time to change this, and create a 21st century survival kit bug out bag that’s highly effective and comprehensively equipped with everything you may need when the time comes to grab a bag and get out of the house (or office) in a hurry. 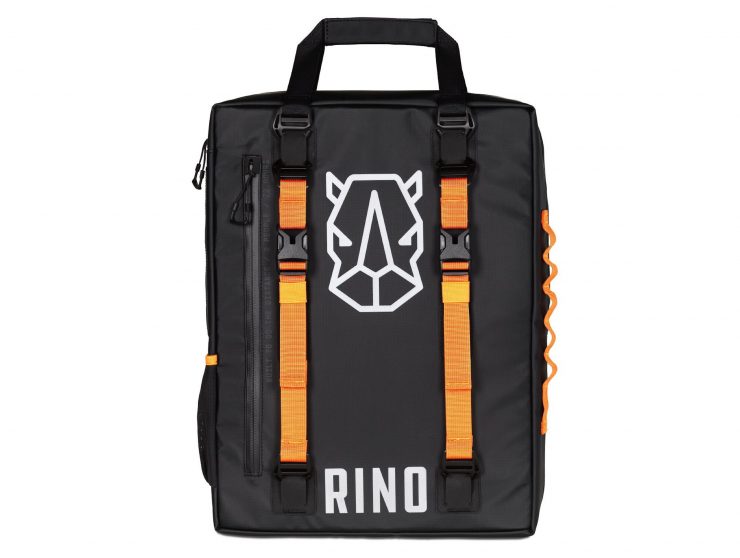 What’s In The Bag?

Inside the waterproof and fire-resistant military-grade backpack you’ll find the contents clearly organised into eight removable compartments labelled Warmth, Sight + Air, Tools, Light, Comms, Water, First Aid, and Food. There’s also a stainless steel water flask that can be used for carrying water, or for boiling potentially unsafe water over a campfire to sterilise it.

Natural disasters often include prodigious amounts of rain and water, so the RINO Ready Companion has Stormguard waterproof YKK zippers that line the entire shell, the front pocket compartment, and back pocket compartment – to keep everything dry no matter what.

The bag also has a reinforced exoskeleton to provide rigidity and support, as well as Hypalon attachment points and front straps for additional carrying capacity. The sternum strap has a signalling whistle, and the waterproof front pocket is specifically designed to hold important legal and insurance documents, portable hard drives containing backed up family photos and files, passports, IDs, and of course, money. 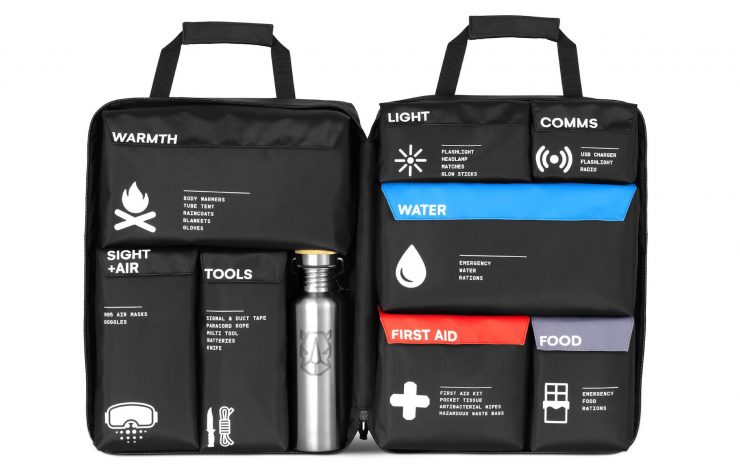 The good news is that you can pre-order your Rino Ready Companion today on IndieGoGo – the project is already fully funded with well over half a million dollars contributed. You can order either the all-black or the black and orange colorway, and deliveries are expected to begin in August of this year. 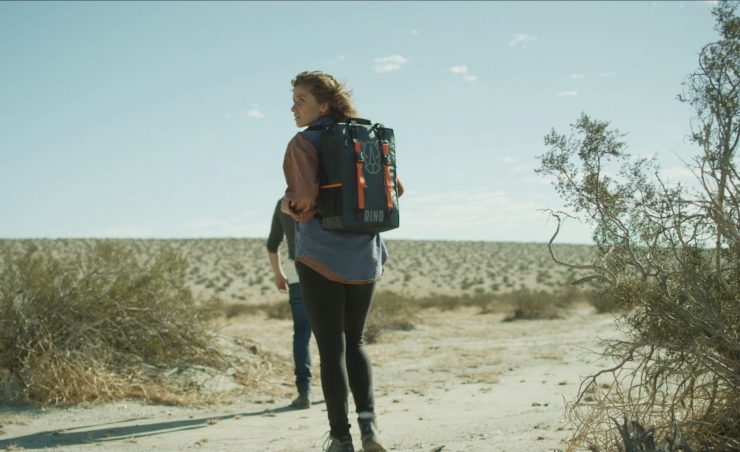 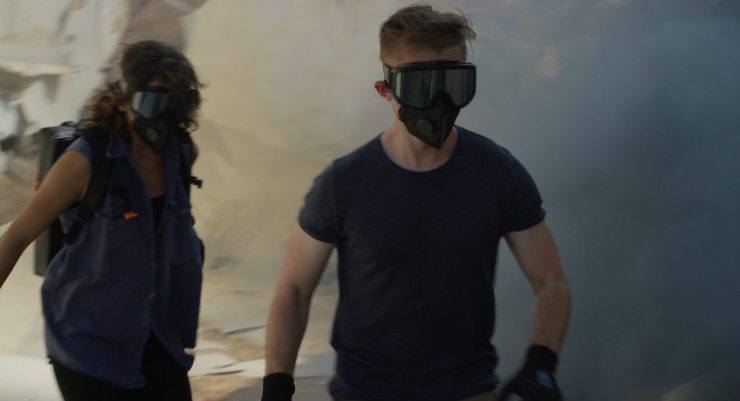 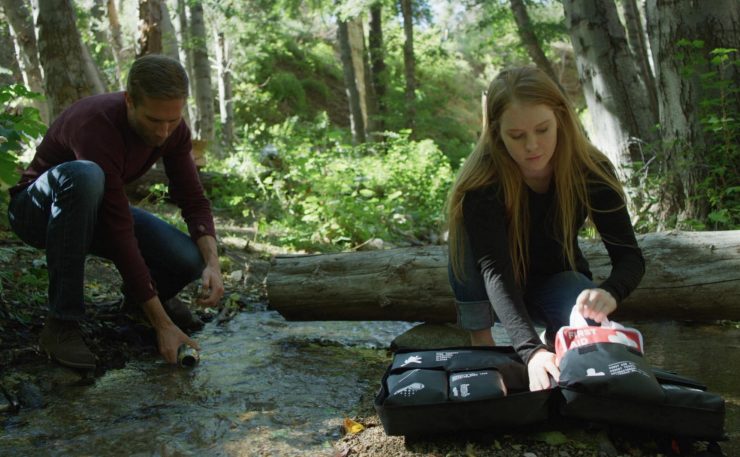 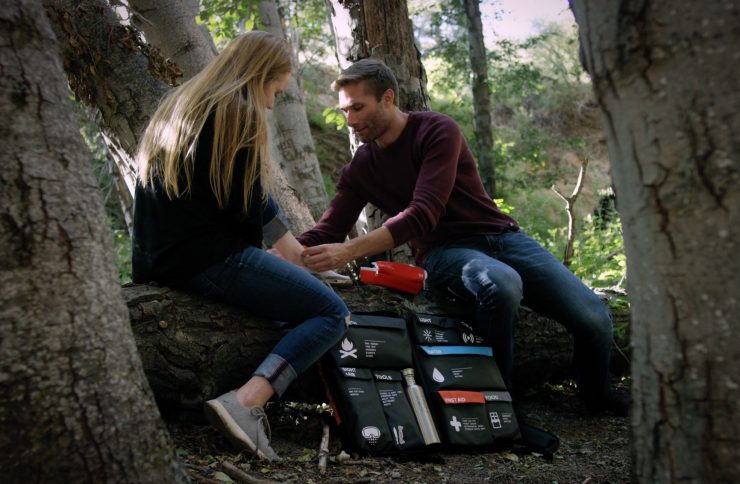 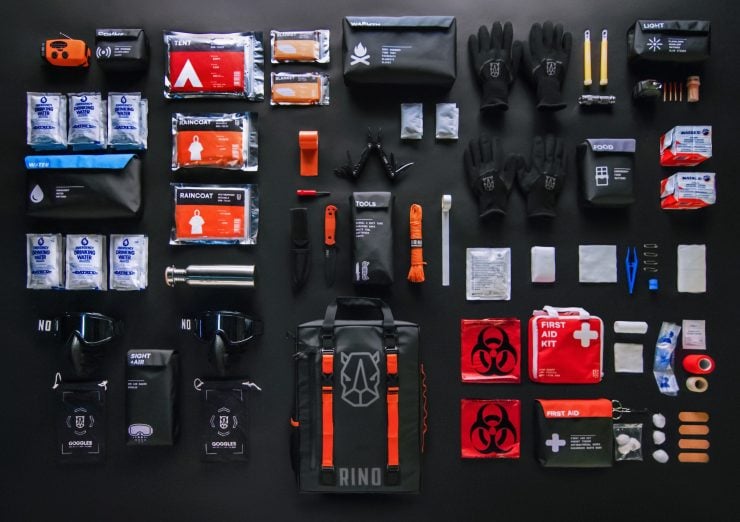 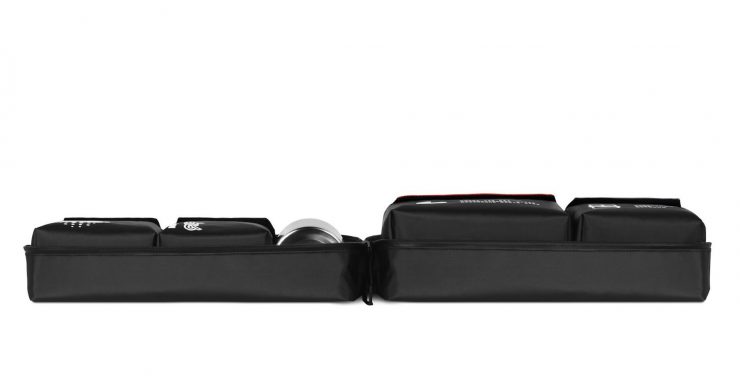 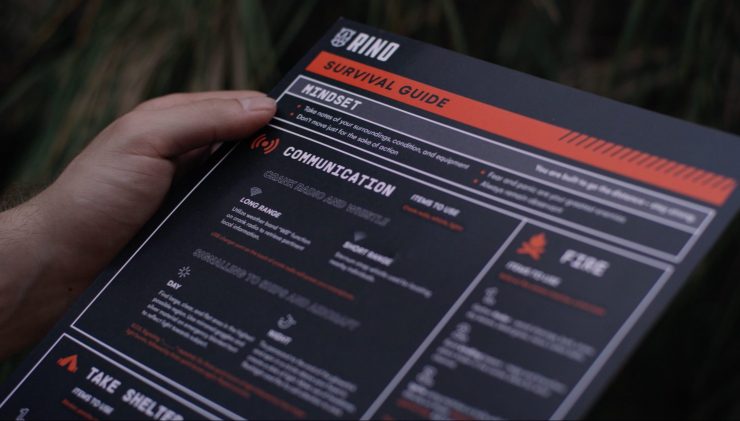 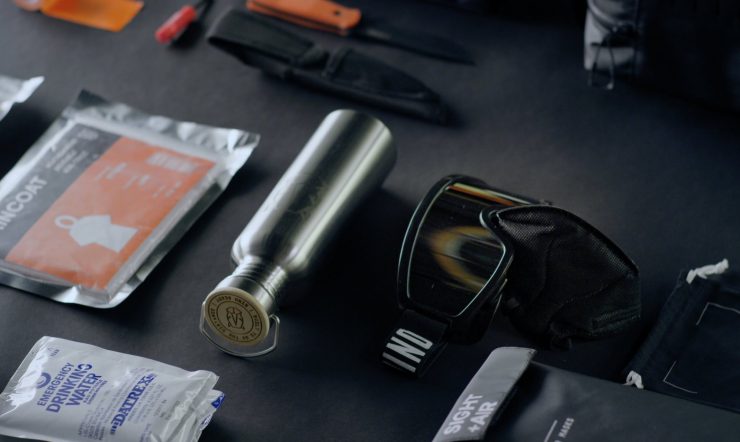 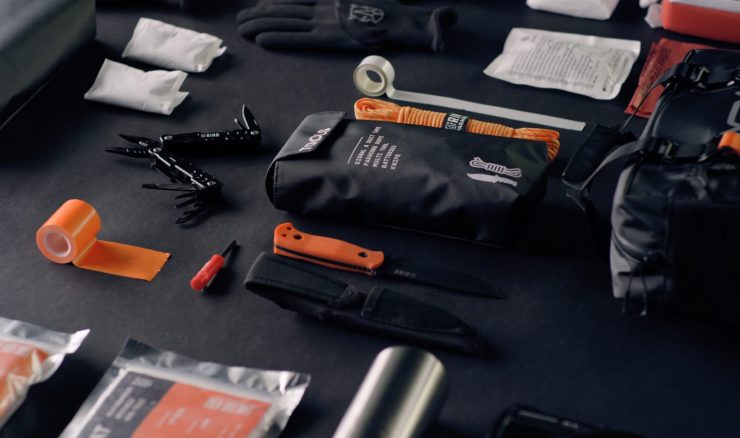 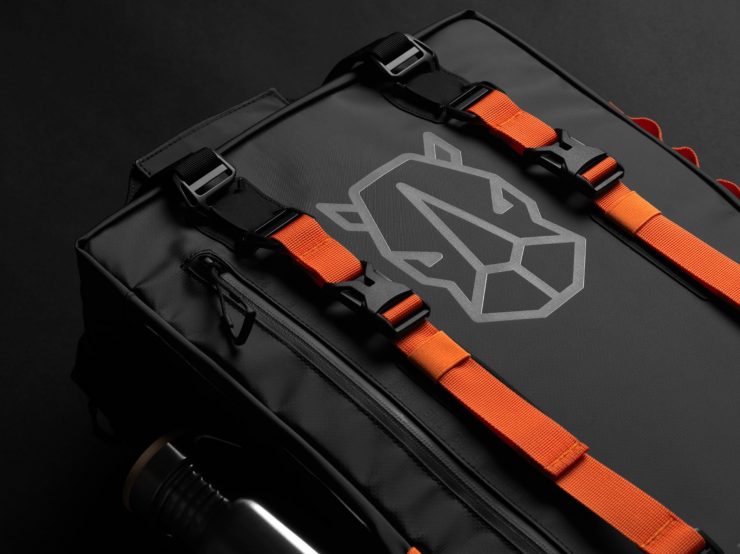 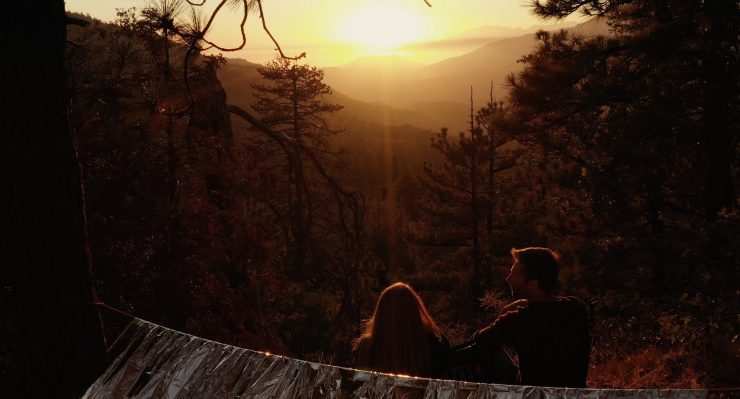 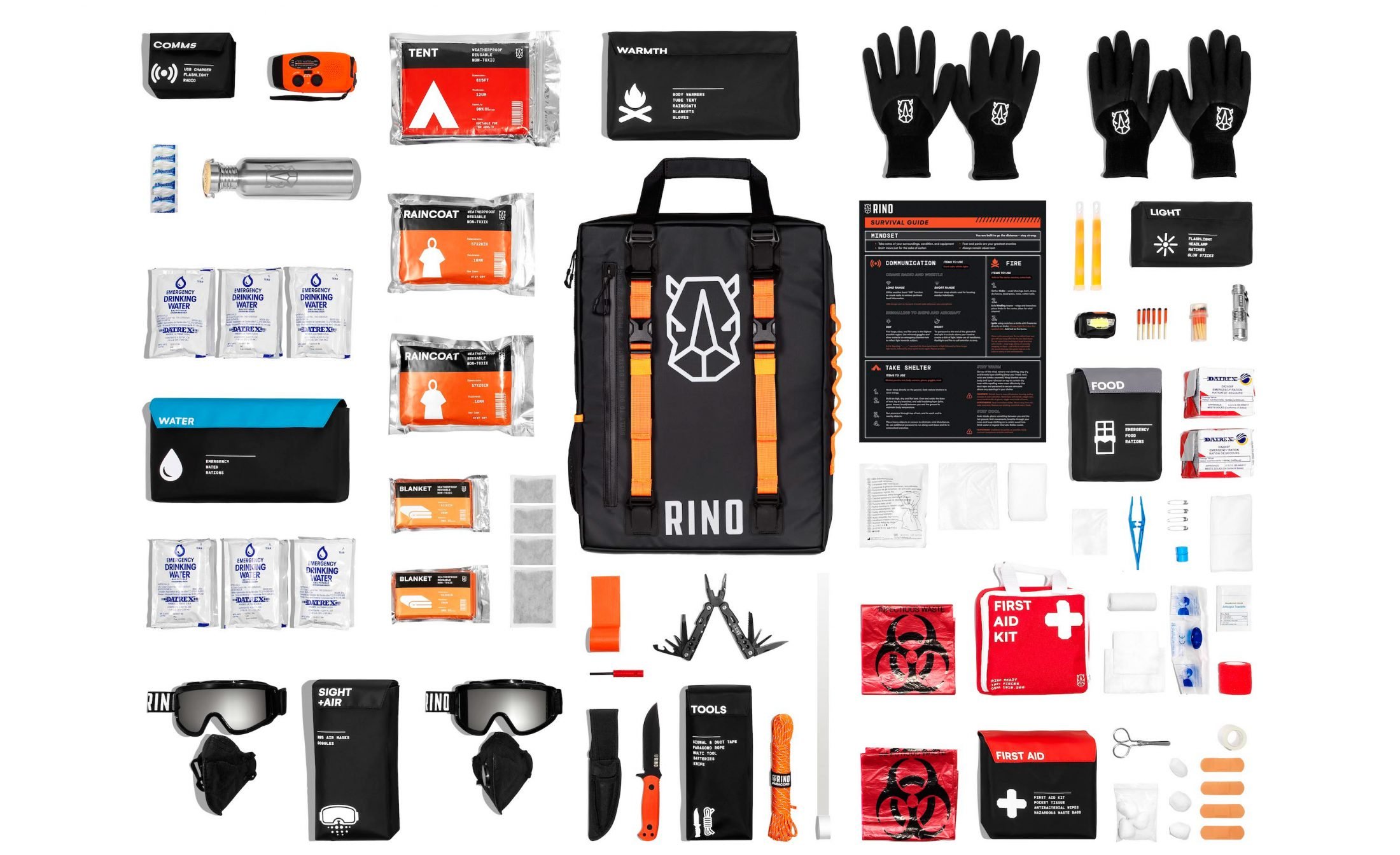