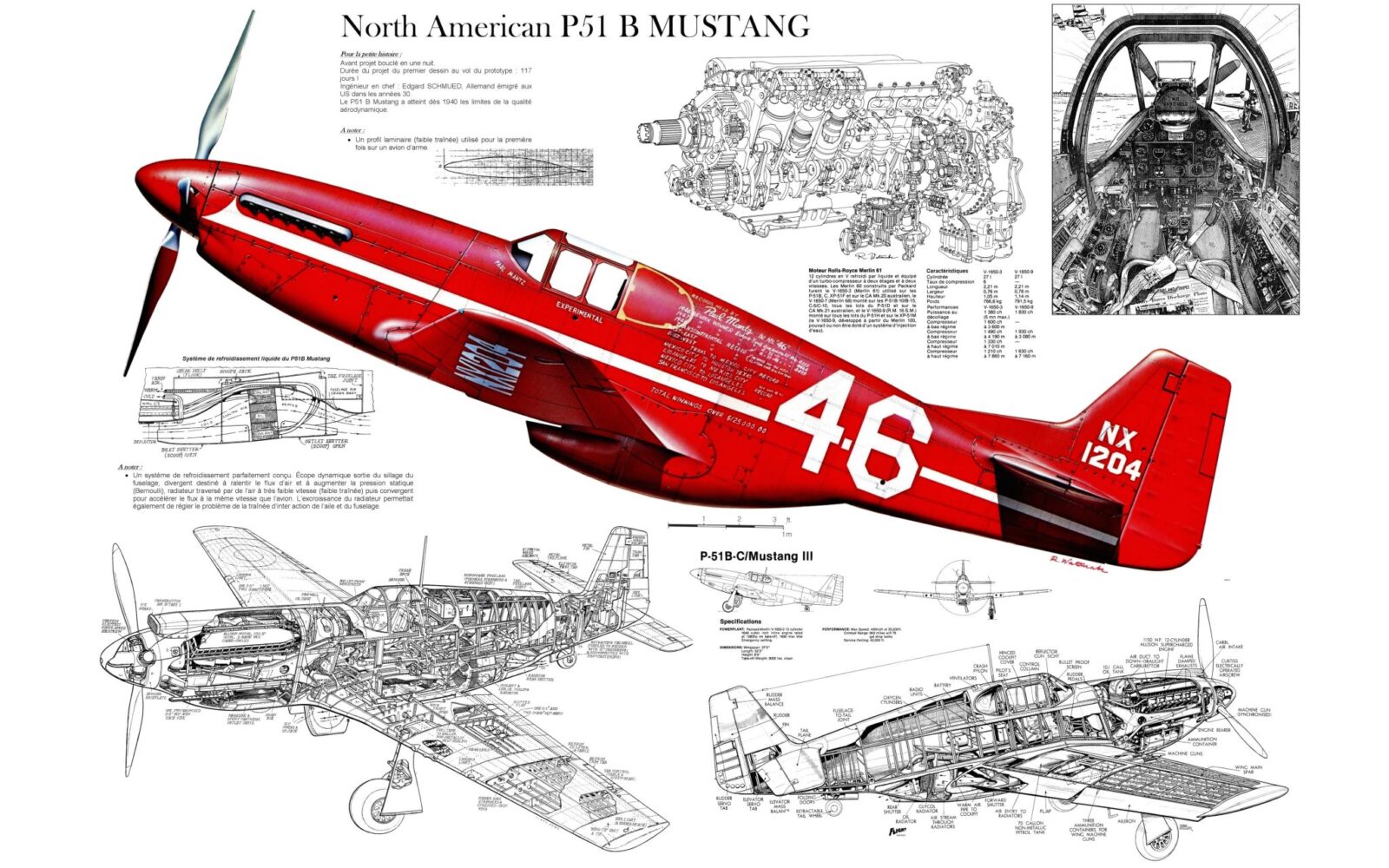 The P-51B Mustang was the variant fitted with the British V12 Merlin engine, the aircraft had originally been fitted with the Allison V12 but it wasn’t up to the task and pilots were frequently outperformed by their German rivals. The Merlin gave the Mustang a whole new lease on life, it was now significantly better than anything the Luftwaffe had in the air and the P-51 would stay in service right through into the 1980s for some of the world’s airforces.

The beautiful wallpaper above includes a brief description in French but all the drawings are annotated in english, it also weighs in at a huge 5000px by 3125px in size. You can click here to download the wallpaper or click here to read more about Paul Mantz – the owner and pilot of the red Mustang you see above. 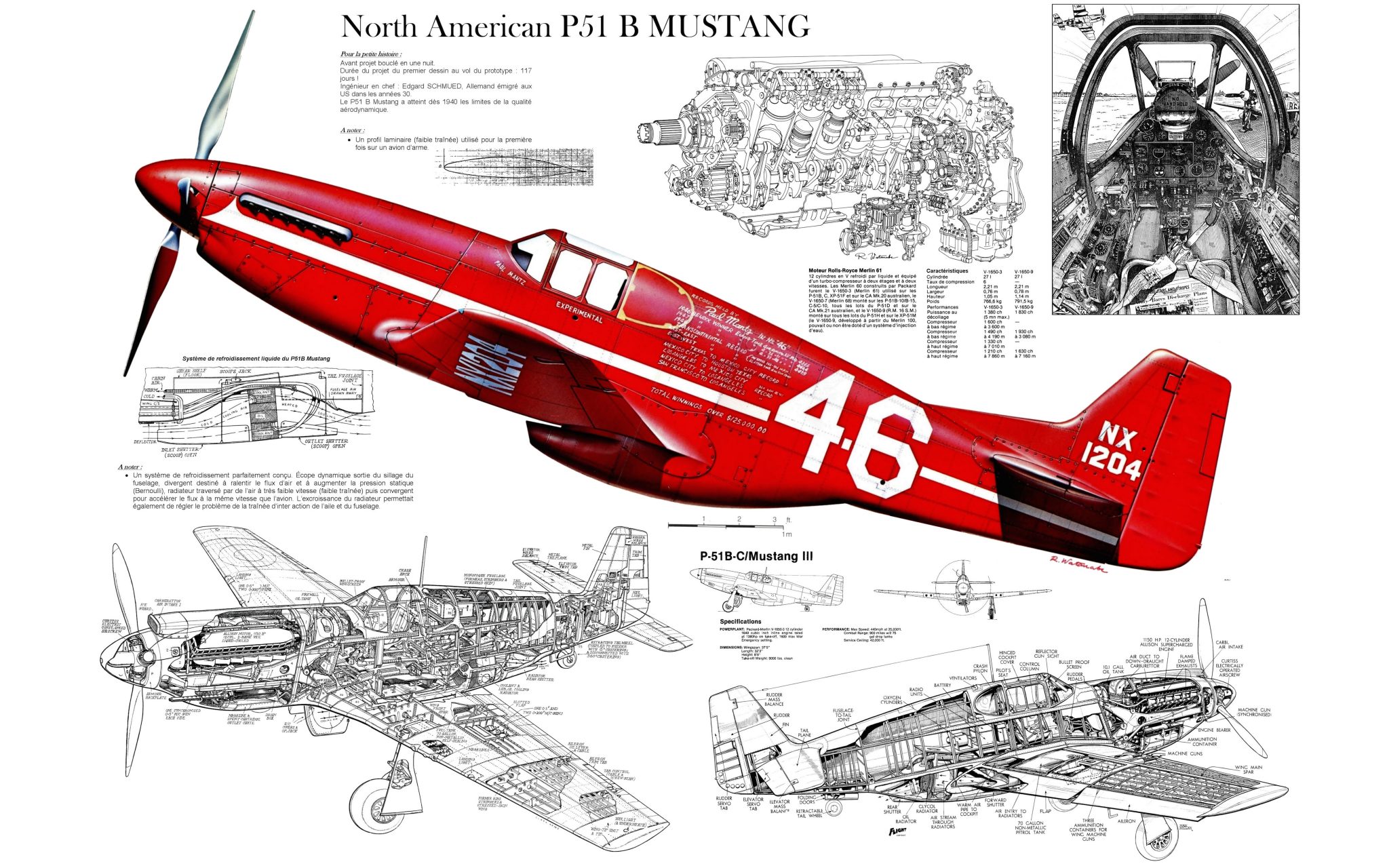