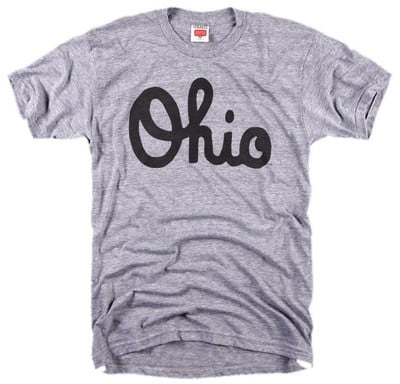 We love this vintage homage tee from the official Ohio State University bookstore, check it out here for $28 USD.