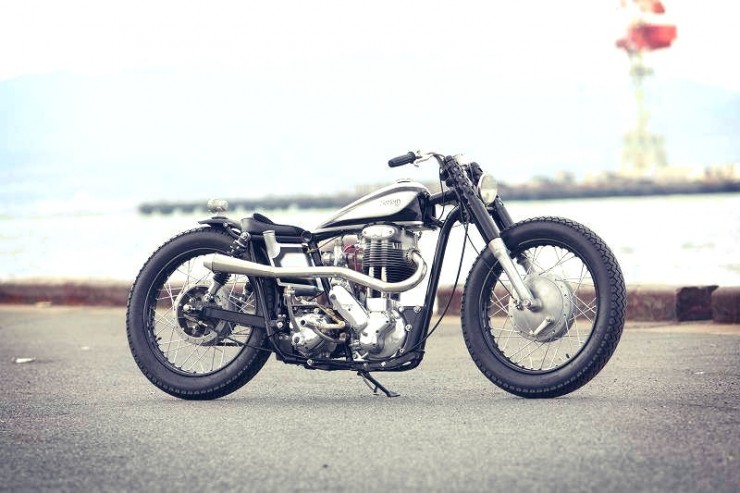 The Norton Model 50 was originally put into production in 1933, the bike was designed by Edgar Franks – the talented if not a little before his time engineer who would oversee the creation of the Manx Norton, the Norton Featherbed frame and the first telescopic forks for use on a production Norton motorcycle.

This custom Norton Model 50 by Heiwa Motorcycles has taken the creation of Edgar Franks and (dare I say it) made it even more beautiful. That 348cc single cylinder engine is a work of art by any measure and the custom frame developed by Heiwa seems to show it off even better than the original.

The single down-tube frame design coupled with the circular crankcase on the Model 50’s engine give the bike an almost board-tracker feel, with hefty doses brushed steel, brass fittings and a minimalist design aesthetic that’d impress even the likes of John Pawson. 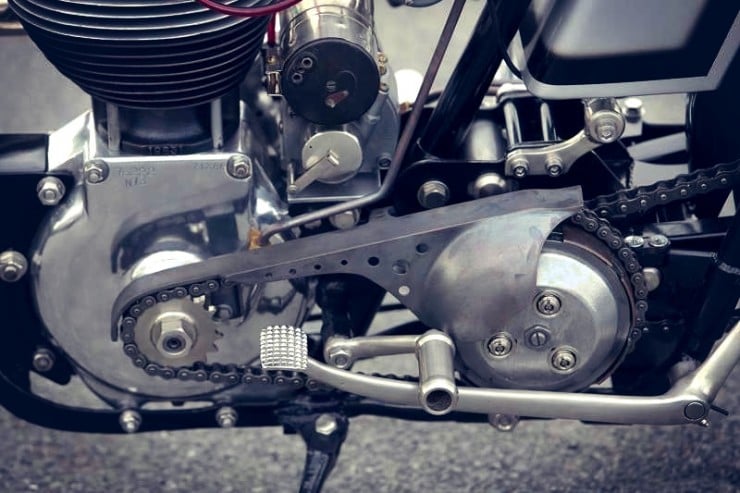 Heiwa Motorcycles is based in the city of Hiroshima, they are one of the most fascinating custom motorcycle garages in Japan in my view, and I know that’s quite a statement. The team at Heiwa work on all the famous Japanese motorcycle brands but also work on Nortons, BSAs, AJSs and Triumphs. Their work is often denoted by a low seat height, very clean, minimalist structures and an almost pathological attention to detail.

This bike’s custom fuel tank is a standout feature along with that fitted oil tank under the seat, that custom single-pipe exhaust is a thing of beauty – the way it’s been shaped to flow along the side of the engine without covering up any of the nice shiny parts is a well thought out plus.

If you’d like to buy a Heiwa motorcycle, they do make customs to client’s personal specifications as well as offer many of their classic in-house designs for sale. 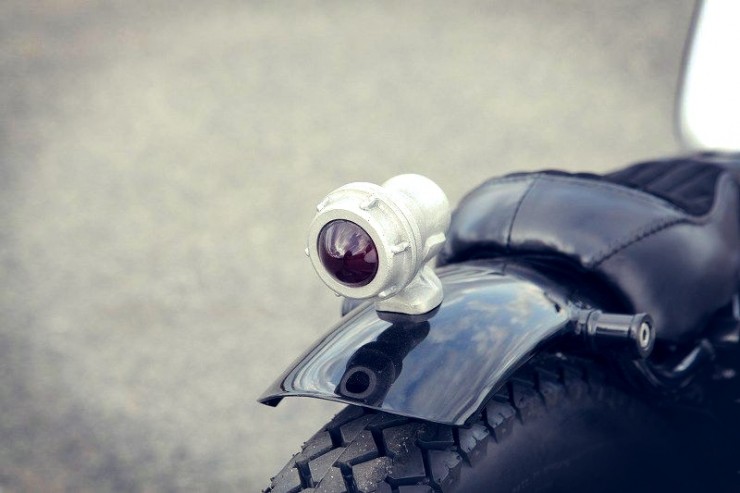 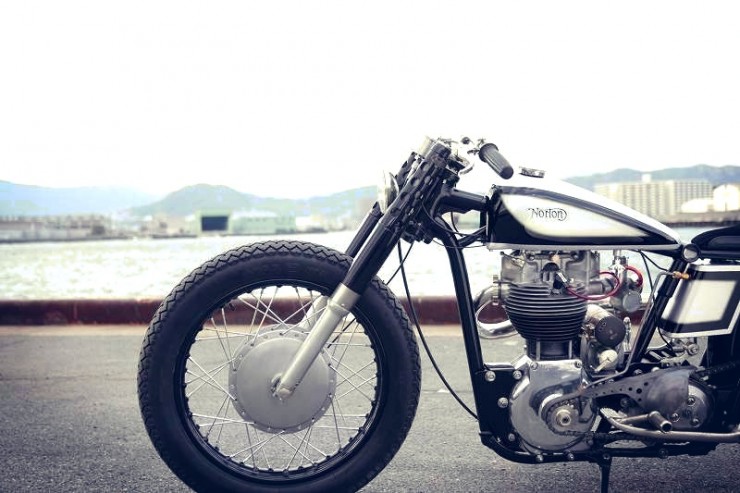 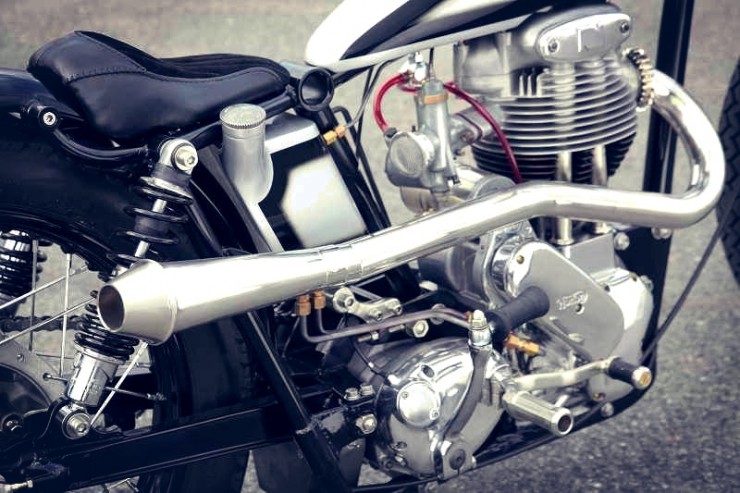 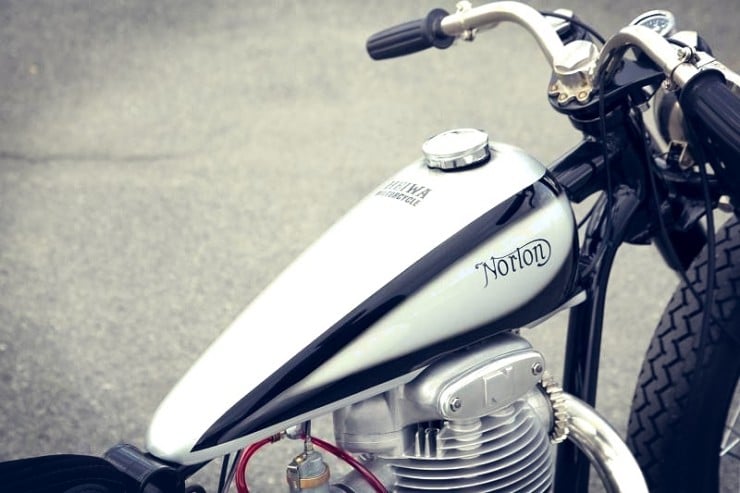 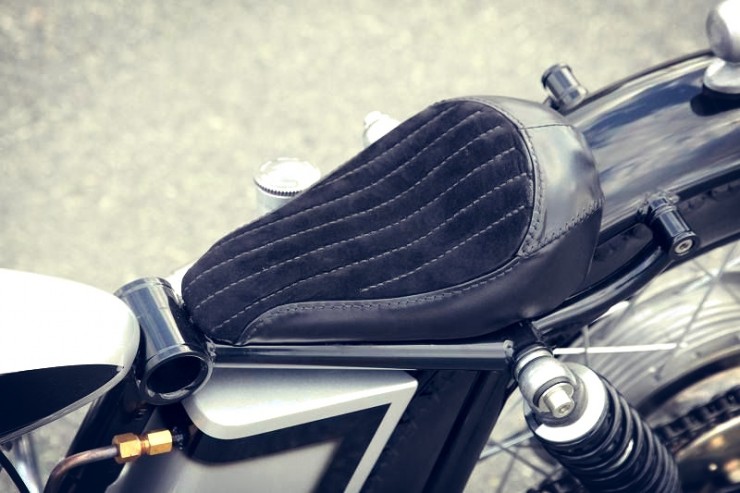 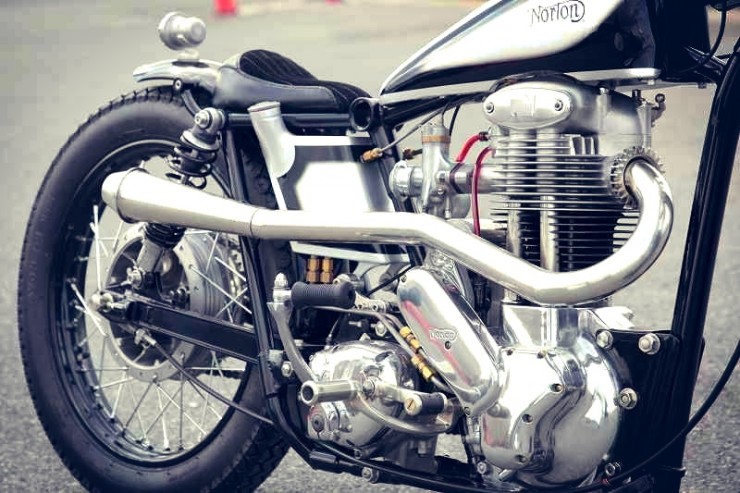 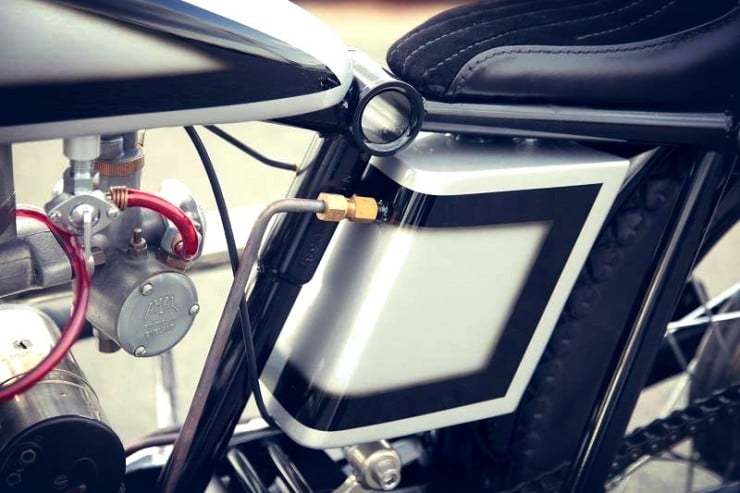 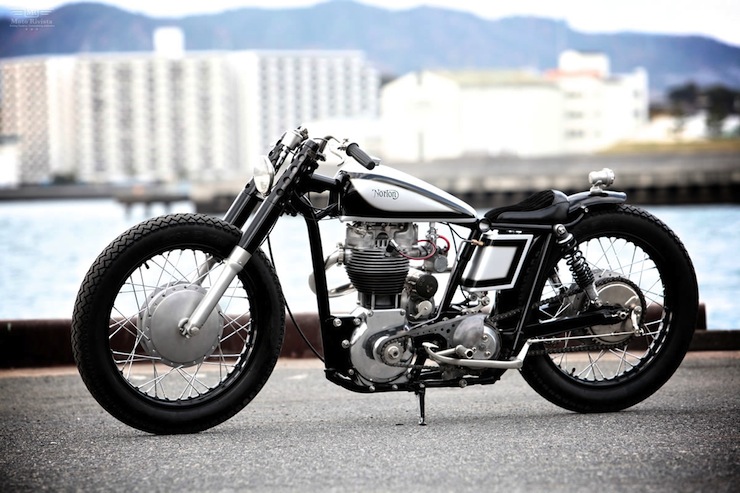