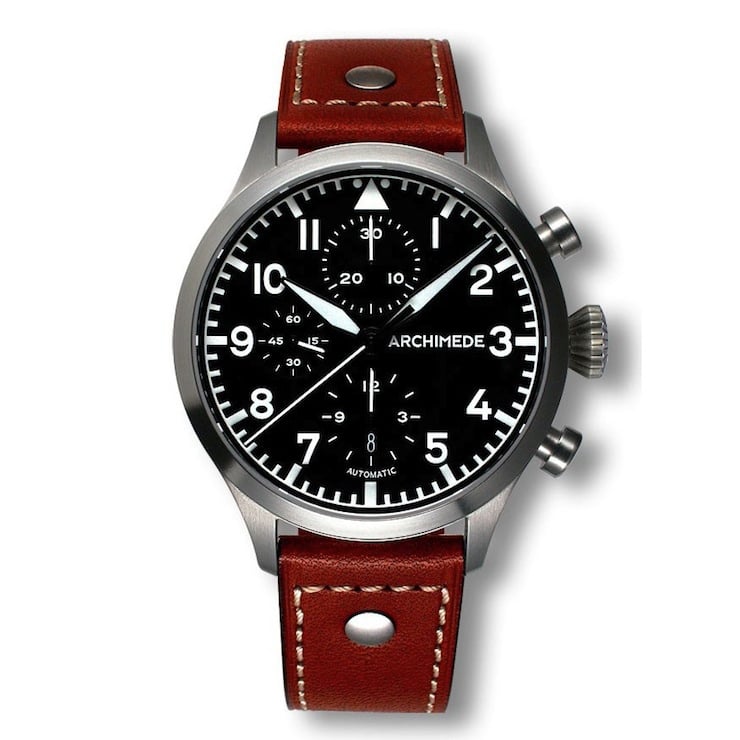 The ARCHIMEDE Pilot Chronograph is a modern take on the classic pilot’s chronograph, it’s powered by a Swiss automatic movement (Eta 7750 Elaboré) and the 3 piece stainless steel case is rated to a depth of 50 metres. From a design perspective, the watch has that timeless look about it and will remain entirely unaffected by fads in watchmaking over the coming decades.

ARCHIMEDE currently offer the Pilot Chronograph in 5 primary variations with multiple strap and colour options, each of the models has a transparent case back showing the details of the movement, which is always a nice touch. From a pricing standpoint, the €894.96 MSRP puts the Pilot Chronograph firmly into affordable territory for anyone in the market for an unusual Swiss timepiece.