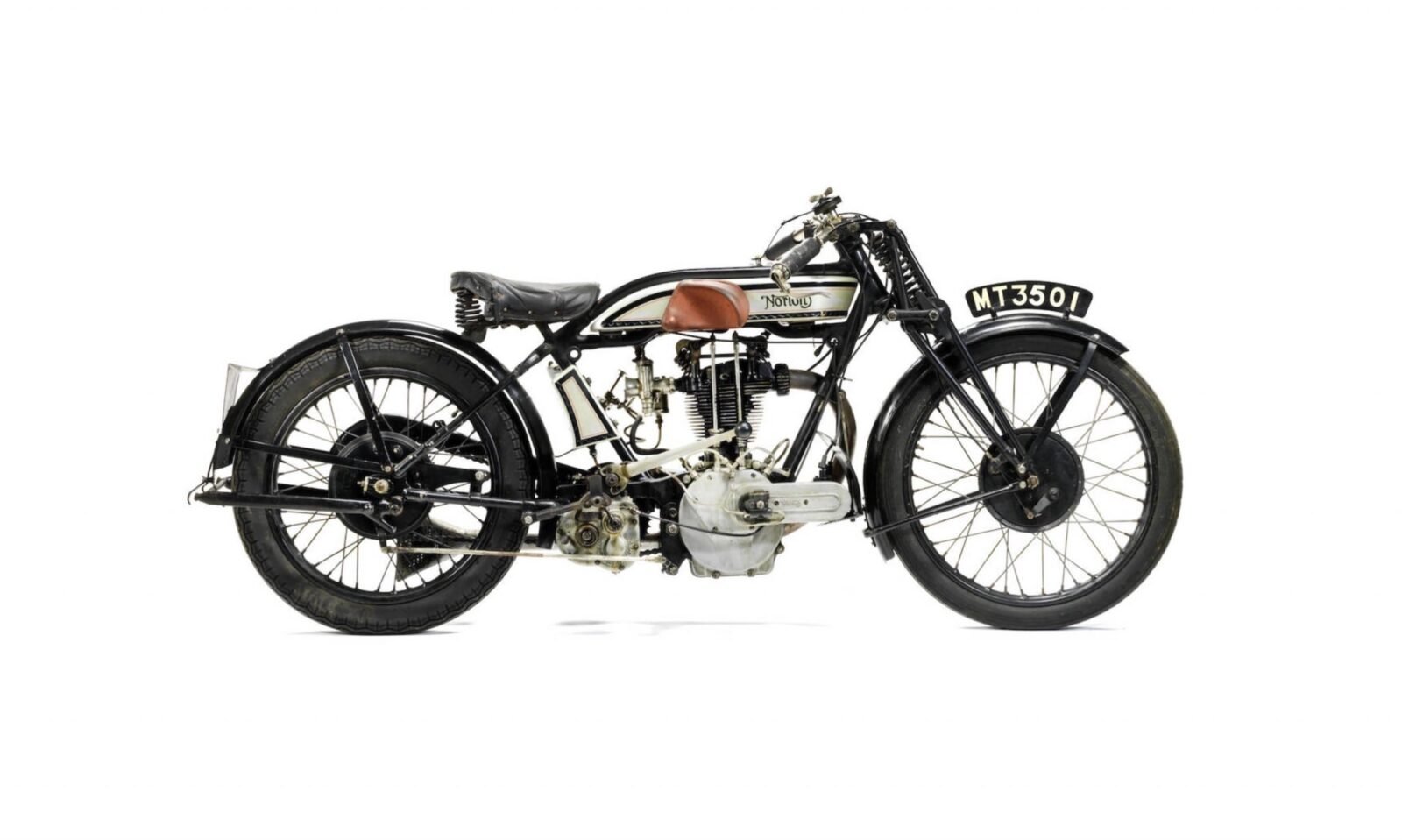 The Norton Model 18 was the most advanced motorcycle ever built by the British marque when it was introduced in 1923. Unlike its forbears the Model 18 was fitted with a new overhead valve engine – replacing the now obsolete side valve designs that had been popular in the formative years of motorcycling.

In 1922, the new Norton offered exceedingly good reliability and no small amount of racing performance – Norton ran the bike at the Isle of Man TT and it took victory in the Senior in both 1924 and 1926, beating out the best motorcycles in the world at the time.

With a swept capacity of 490cc, the engine in the Model 18 was capable of 21hp – although these figures could easily be increased by replacing the standard 1 inch Brown and Barlow carburettor with a higher-performance 1 1/16 Amal carburettor, hotter cams and pistons were also regularly fitted to the single-cylinder engines to push the top speed up to close to 100 mph.

The Norton you see here has far more prestigious history than most, it was formerly owned and raced by British legend Pat Driscoll, a man who was feared around Brooklands and who had an ability not only as a rider but also as an engineer – he would usually build and tune his own race engines.

Someone had stolen this Pat Driscoll Norton from Brooklands and in 1931 it was bought by Malcolm Seymour Smith (not that Malcolm Smith) £7 from the Cheltenham Police “Stolen Property Sale”. After learning of the bike’s provenance Malcolm wrote to Pat, who replied with the following:

Your letter has just reached me after a short tour. Your Norton is one I built up out of parts to upset the Rudge agent in my district in 1929. The frame was a new one of 1926 TT type fitted for rear footrests and rigid saddle. The forks were Webb, but I had to take these off to put on a machine which was wanted in a hurry at Brooklands and a pair of old type but new Druids were fitted. The engine is one which Spring, Denly and myself broke the 24 hour record at Monthlery. Well it averaged 68 mph on petrol and was stopped due to water in the mag for over two hours, but for this the average would have been well over 80. The max lap speed on petrol was 94 mph. The engine was built by me, not at the works.

I hope the bike gives you as much pleasure as it gave me. As a road bike it could beat anything.

Malcolm kept the Norton for over 50 years and it was regularly ridden by himself and his brother. It’s now being offered for sale by Bonhams as part of the Spring Stafford Sale. It’s estimated value is between £20,000 and £24,000 – which I think is a bit of a steal for a bike with a backstory like this one.

Click here to visit Bonhams and read more about the bike, or register to bid. 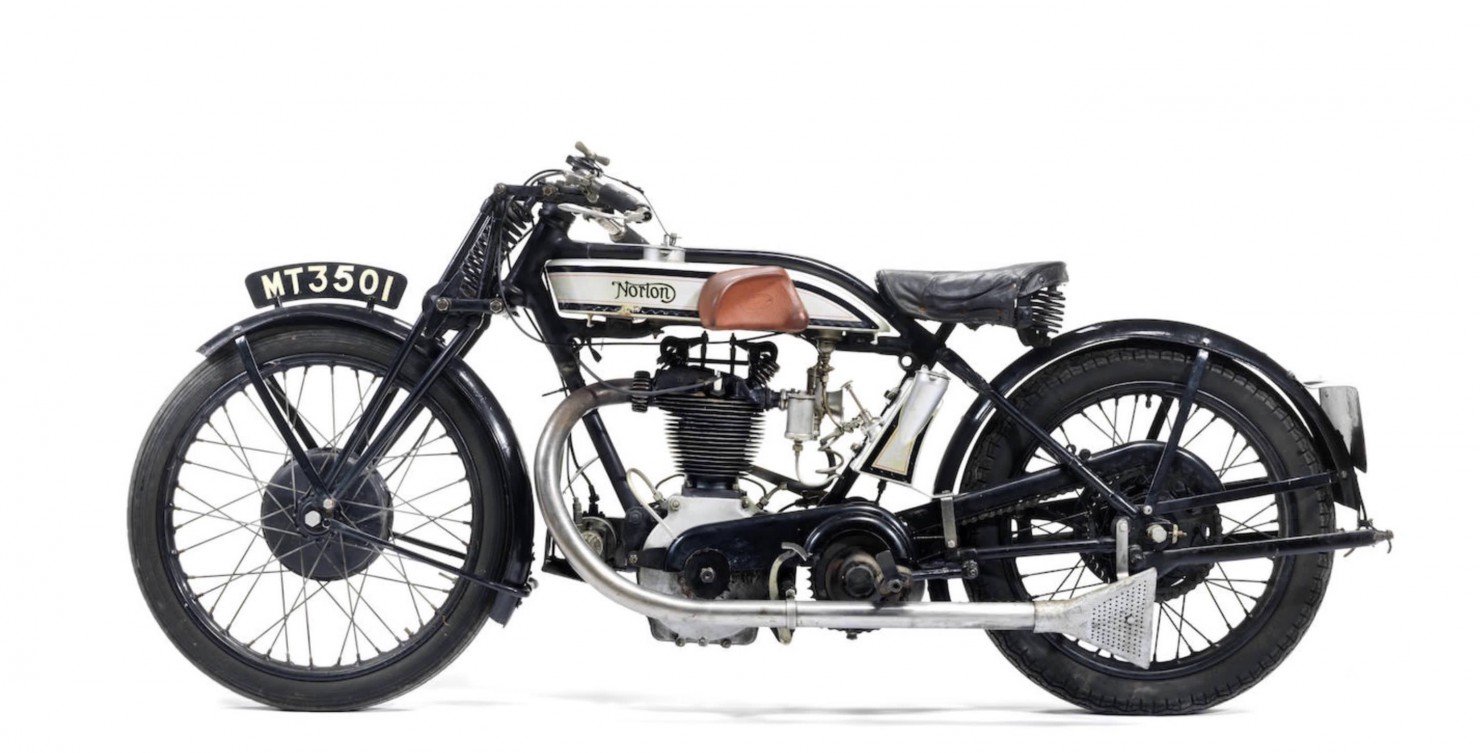 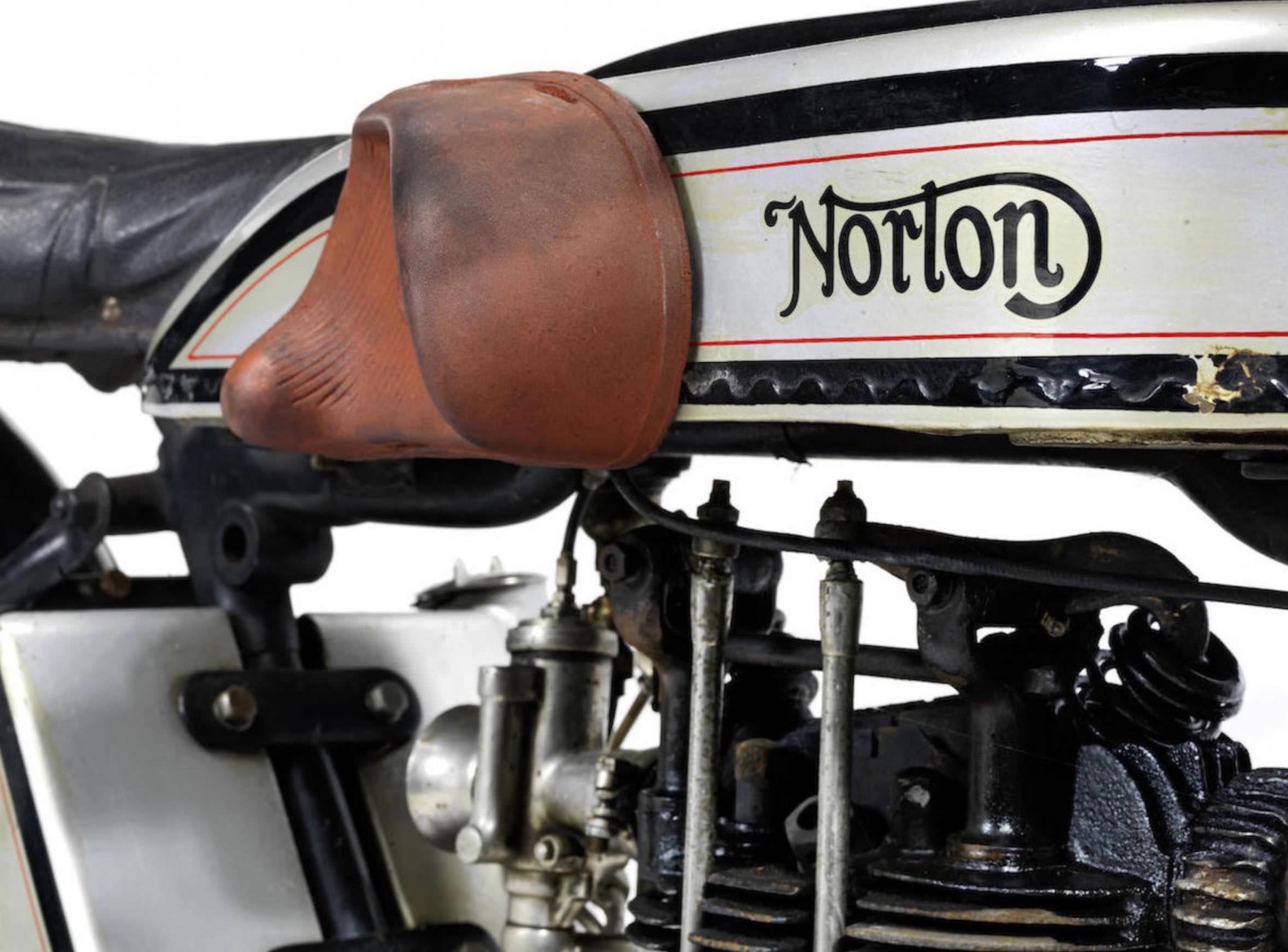 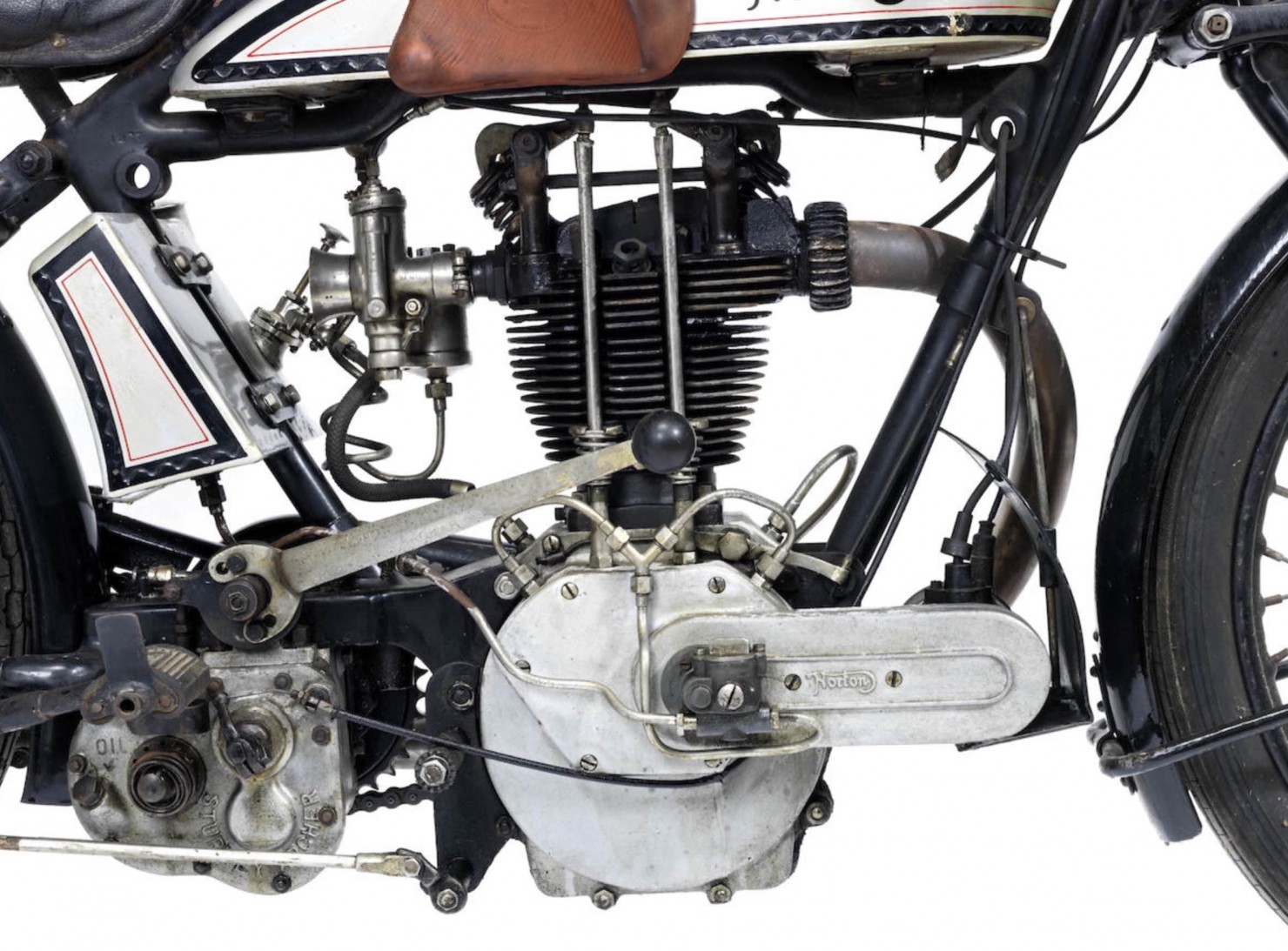 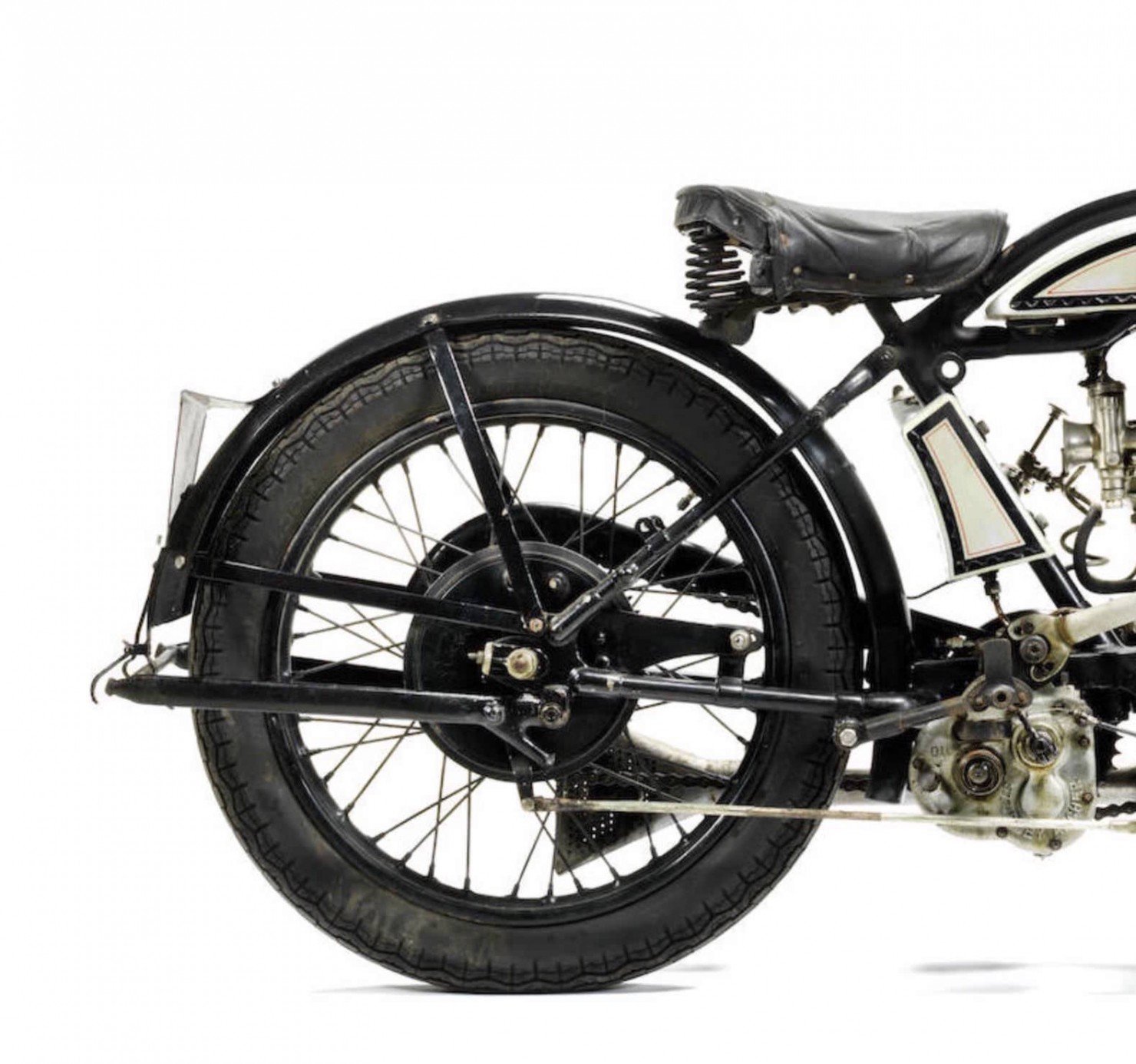 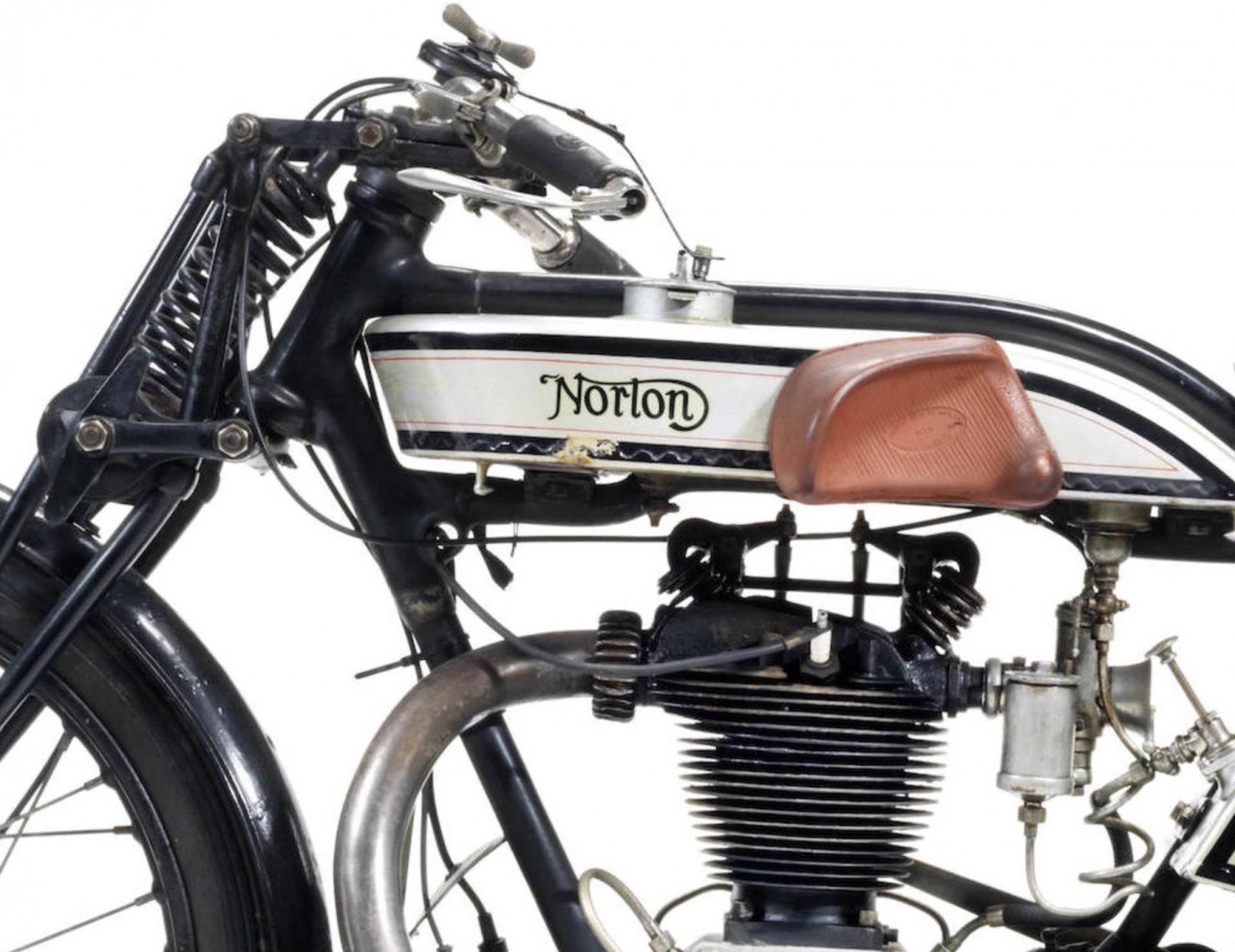 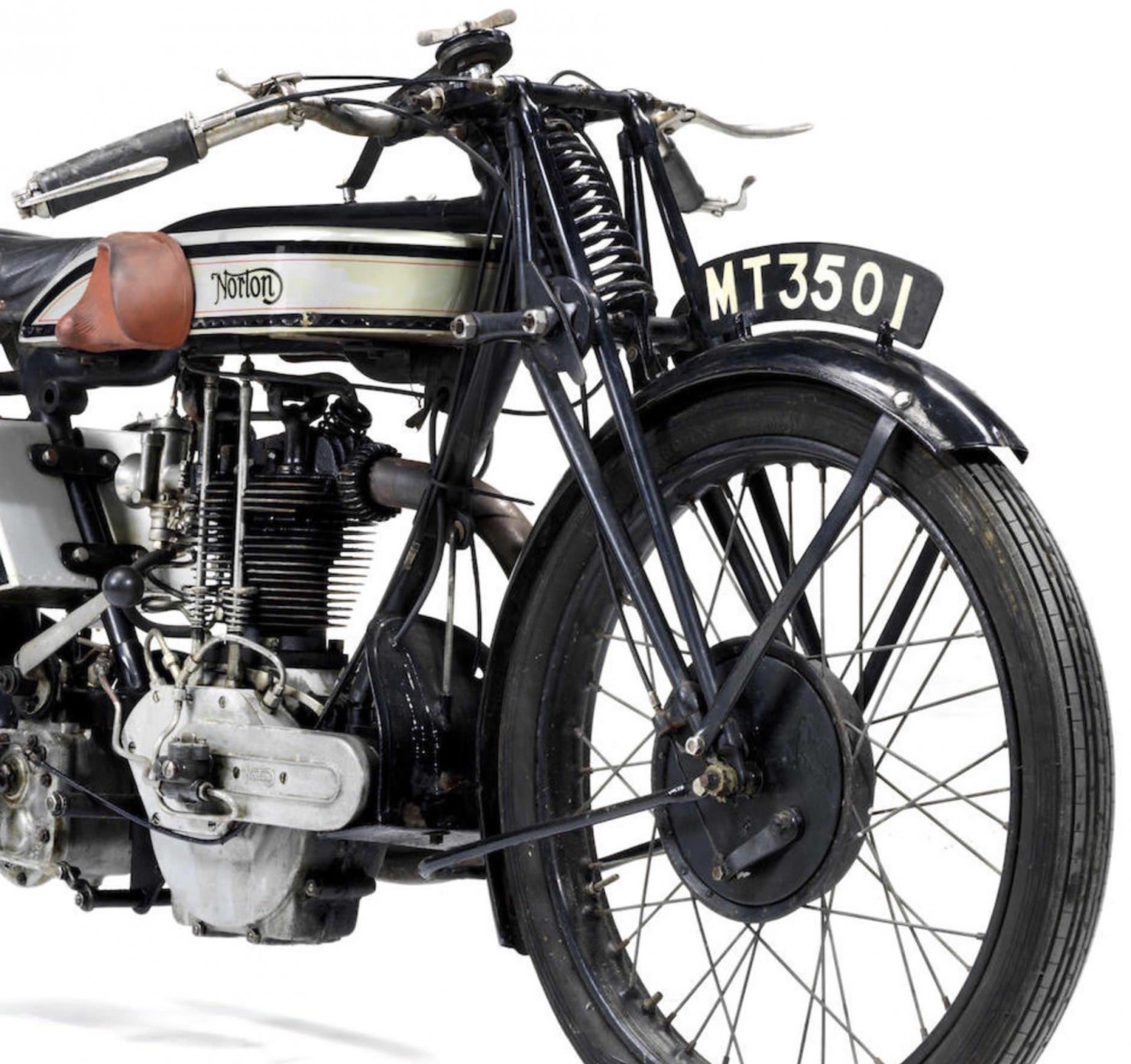 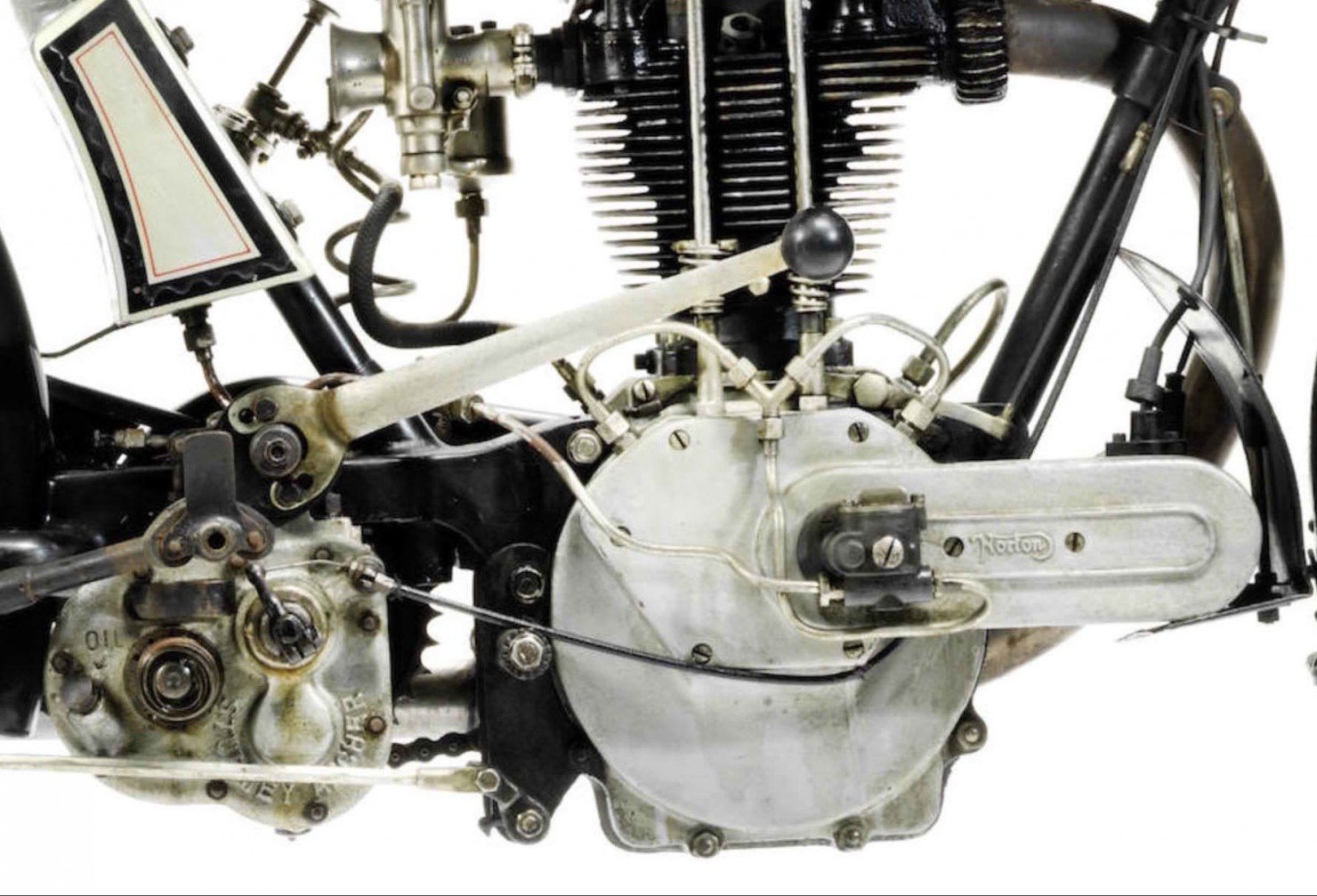 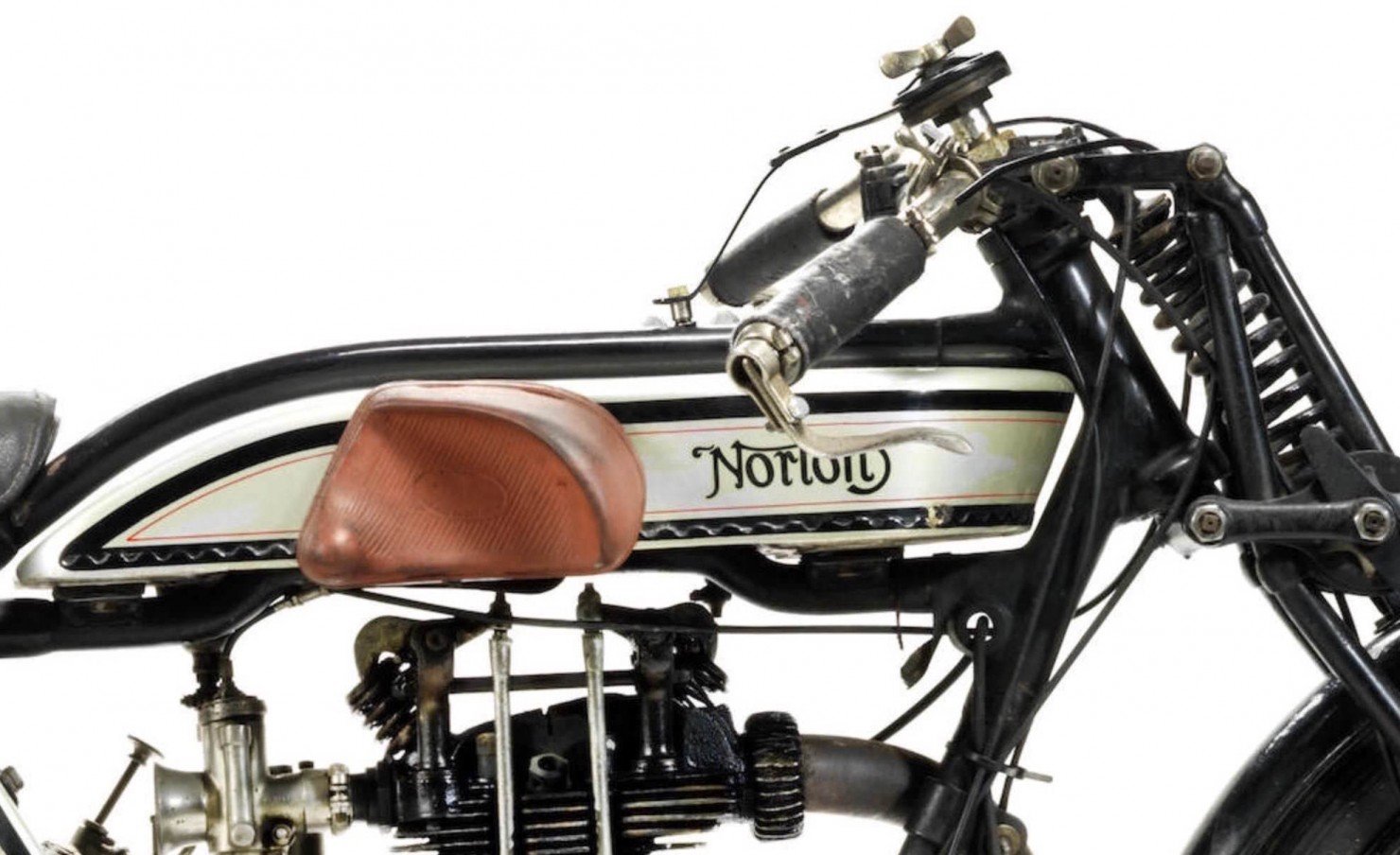 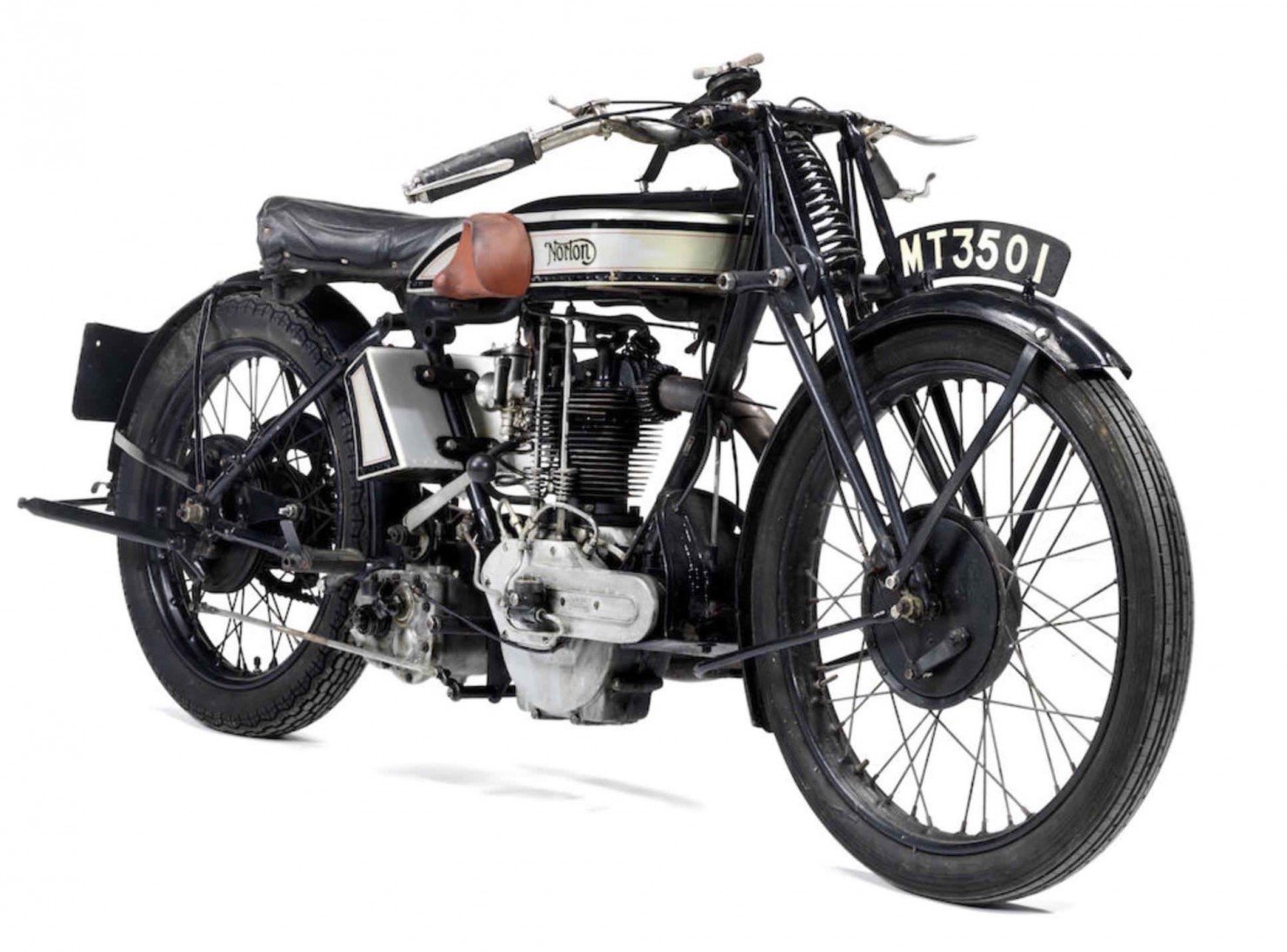 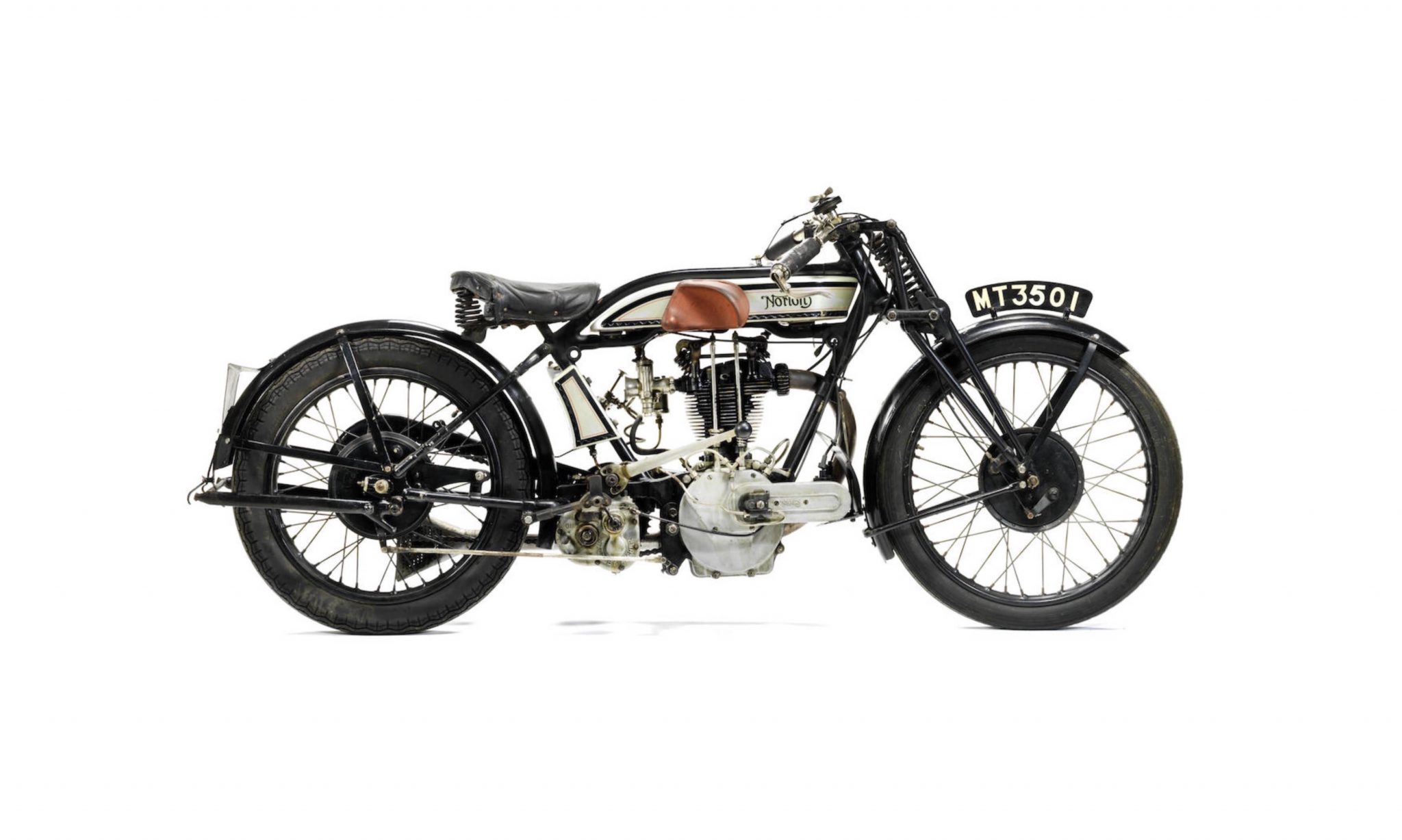