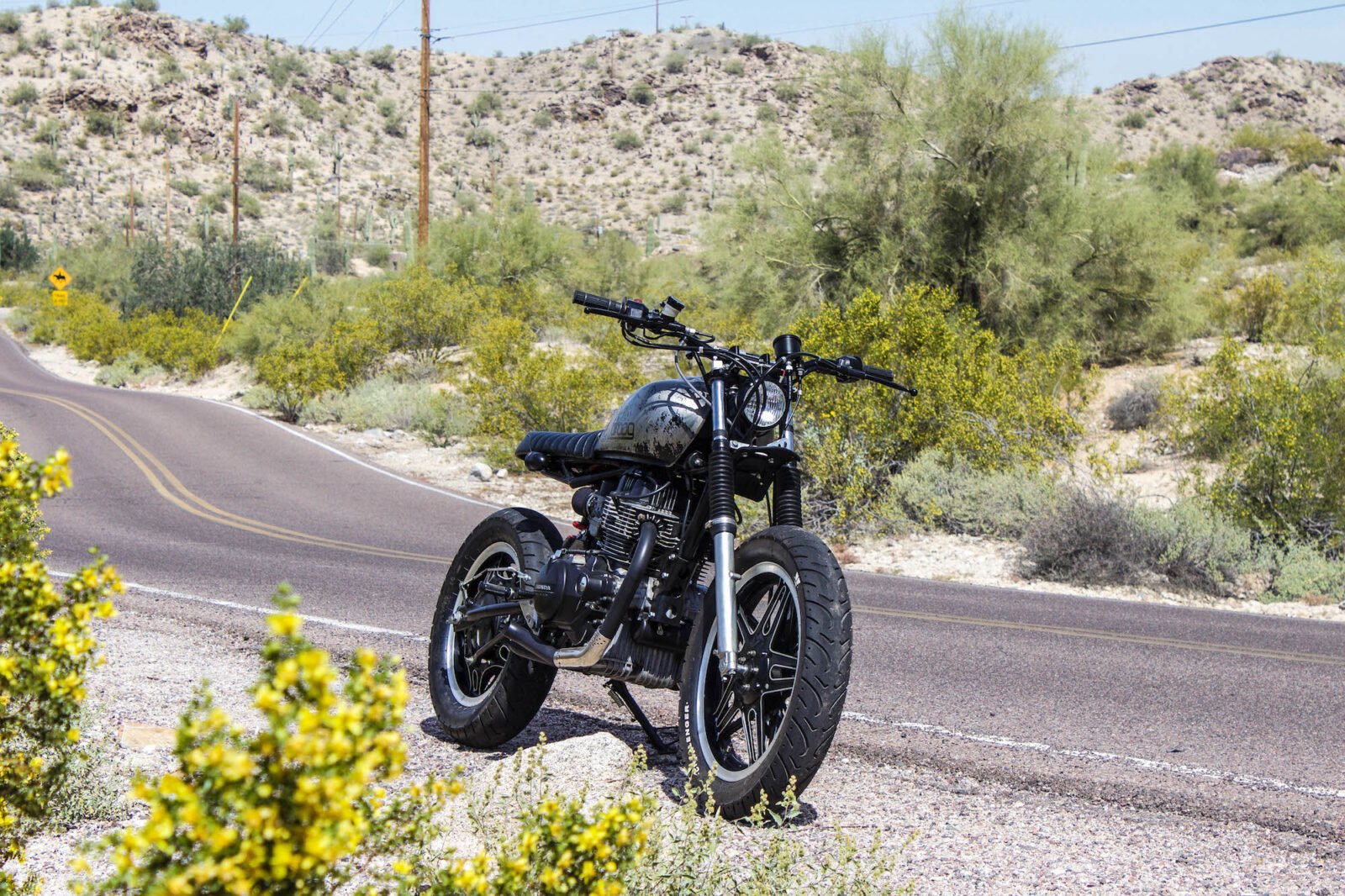 Droog Moto Concepts is a new custom motorcycle garage based out of Arizona and run by an enterprising young guy named Max Droog – which kind of makes him sound like a character from a Douglas Adams novel.

The Honda CM400 was introduced in 1979 with four major model variants, all powered by the same 395cc OHC air-cooled 360° parallel twin that quickly earned a reputation for being staggeringly reliable.

Max studied at the Motorcycle Mechanics Institute in Arizona and after graduating he began a career working in motorcycle dealerships as a technician and mechanic. After a few years he felt it was a little unfulfilling – so he set out on his own and started Droog Moto Concepts.

With the Honda CM400C Scrambler he chose to go the monoshock route, removing the stock subframe and fabricating the mounts for the new single spring that he sourced from a Kawasaki ER6N. A new seat was made bespoke and he chose to keep the original tank and acid wash it – rather than removing all the paint his wife suggested leaving a little in place to give it depth, it was then clear coated.

A steering damper from a BMW R1200GS was then added after the forks had been rebuilt and a pair of fork gaiters were fitted. A small 4 1/2” bates style headlight was mounted for night riding, a pair of UNI air filter pods where fitted and the carburettors were jetted to match, last but not least a new custom exhaust was added to give the bike slightly improved performance and a nice burble.

This build is currently for sale, so if you’d like to enquire after it you can click here to visit Droog Moto Concepts. 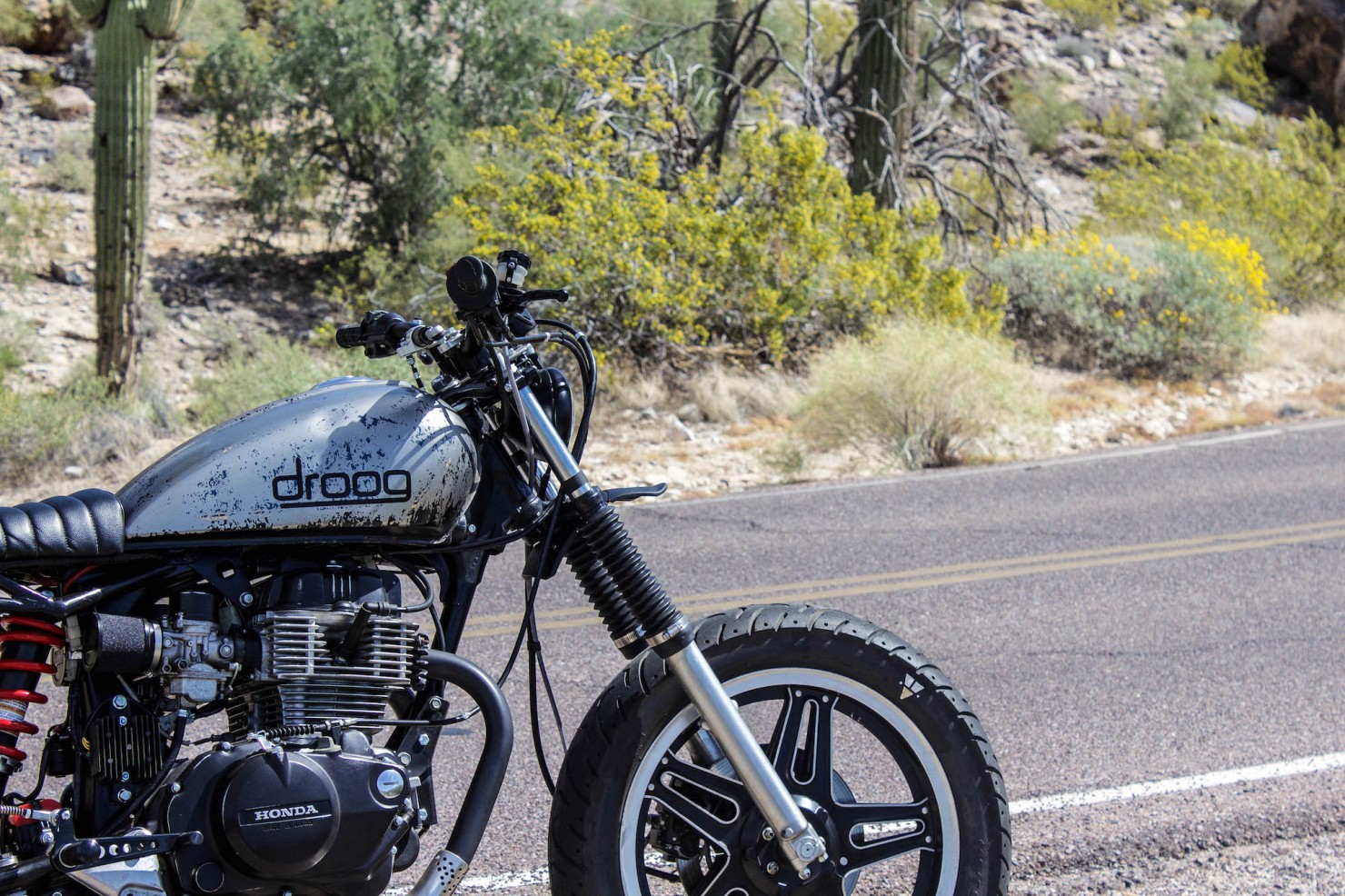 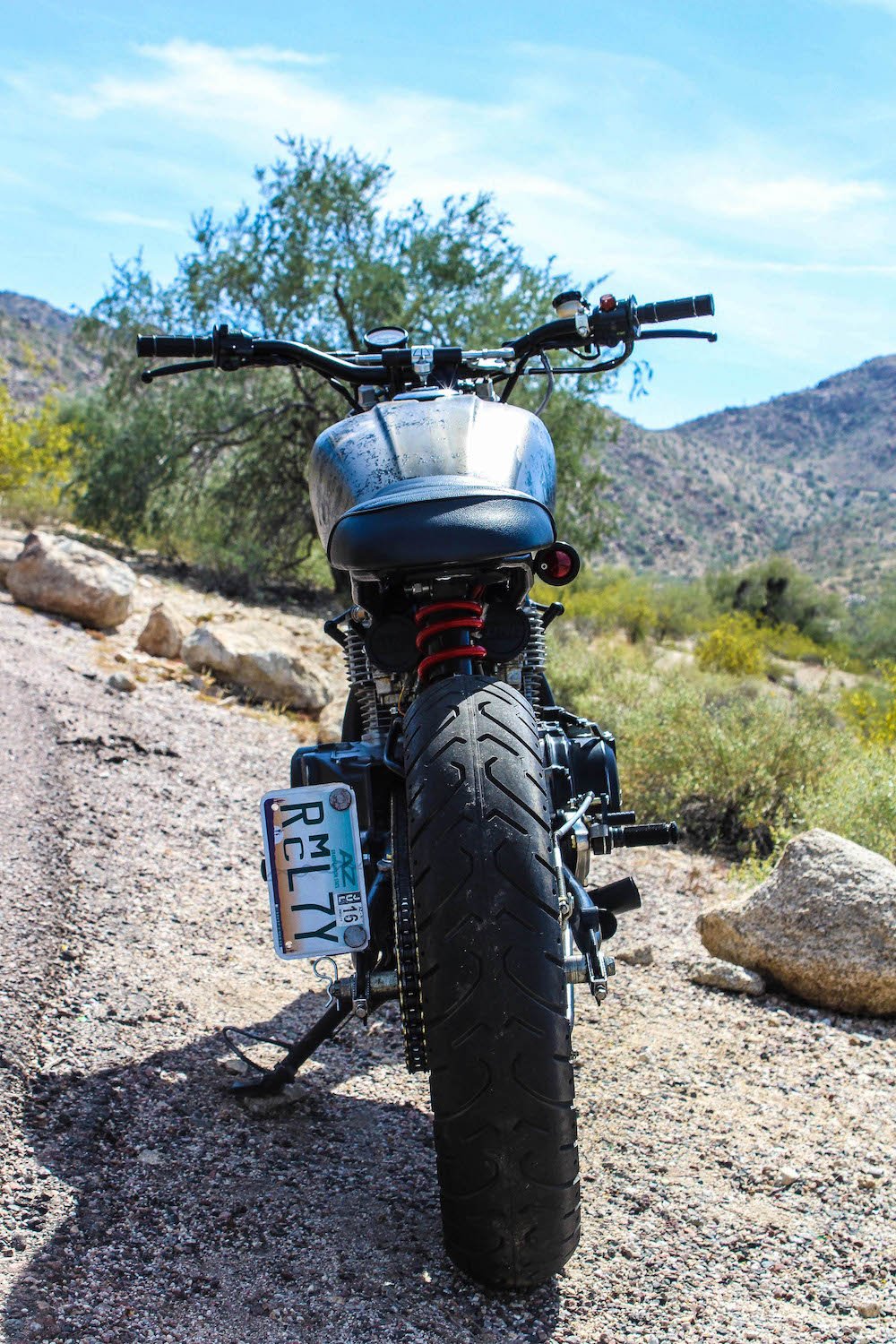 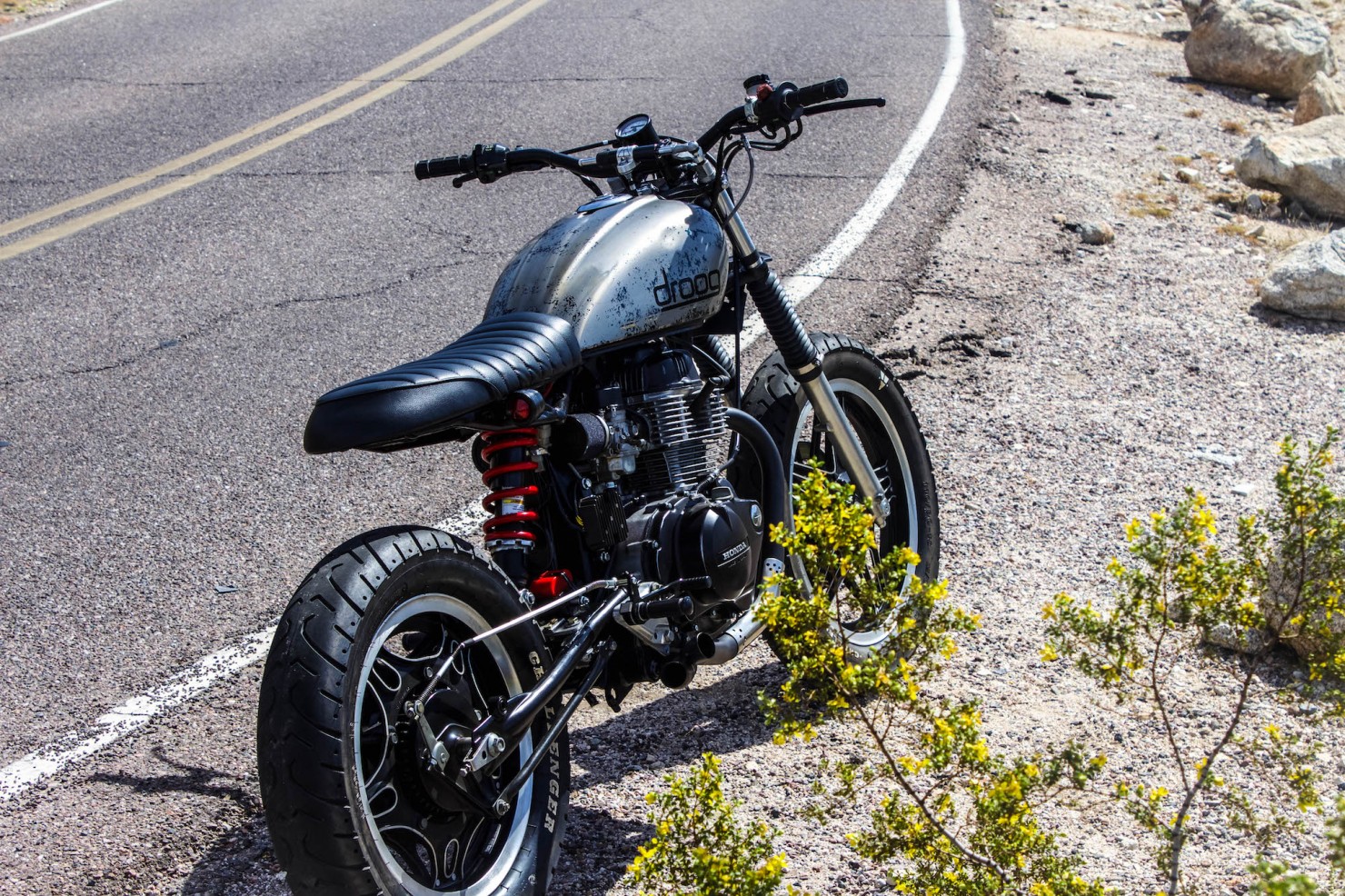 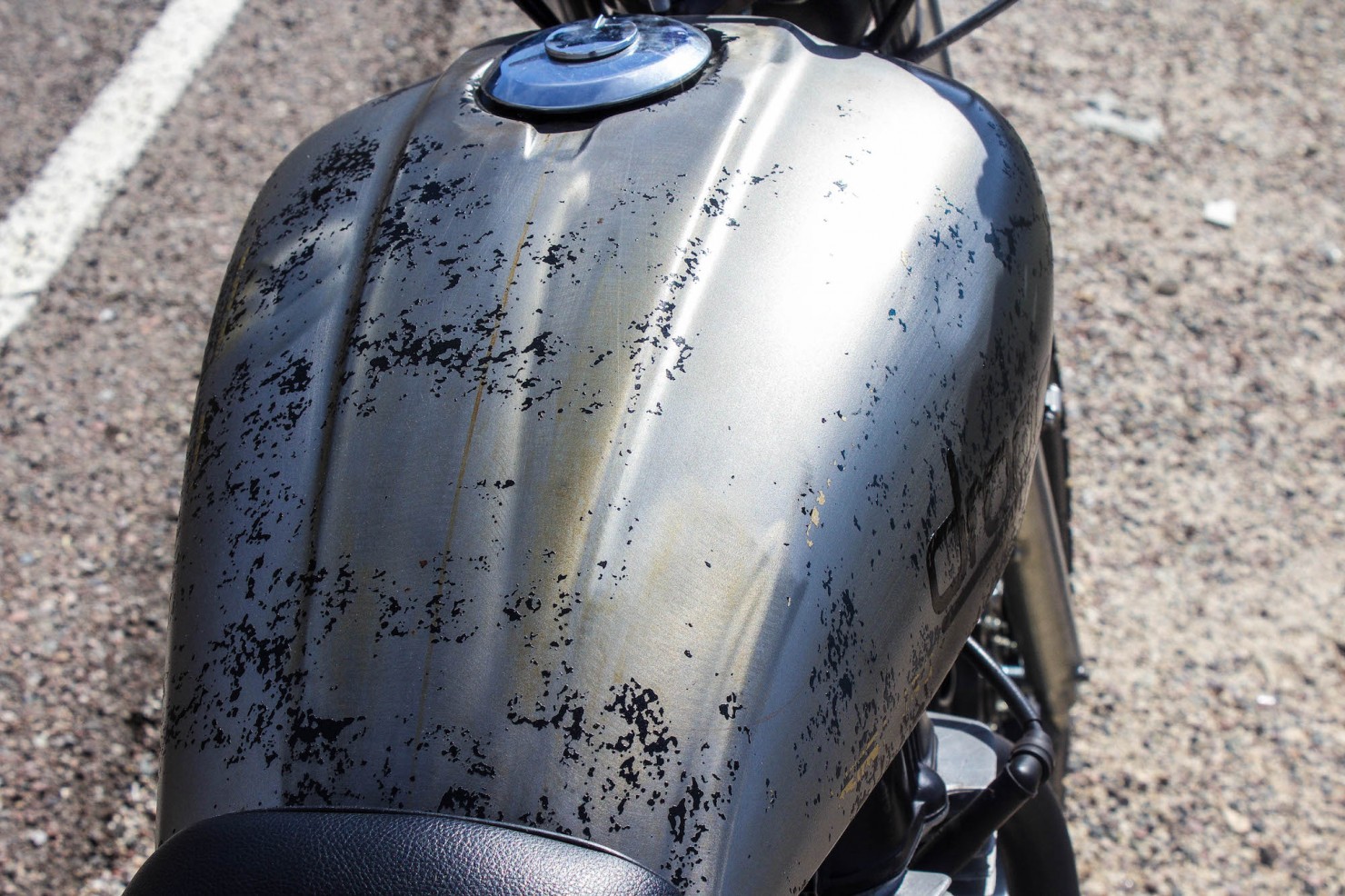 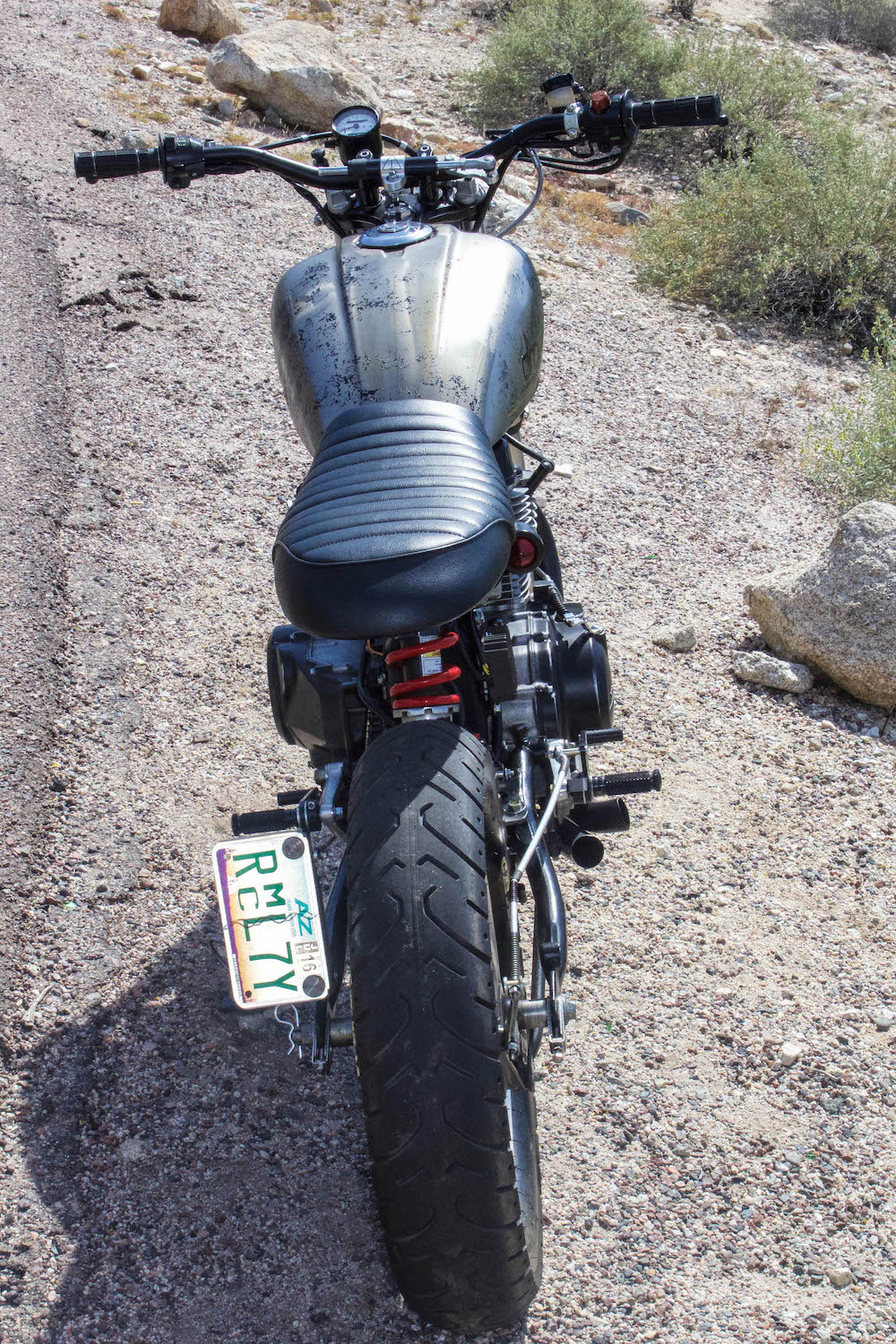 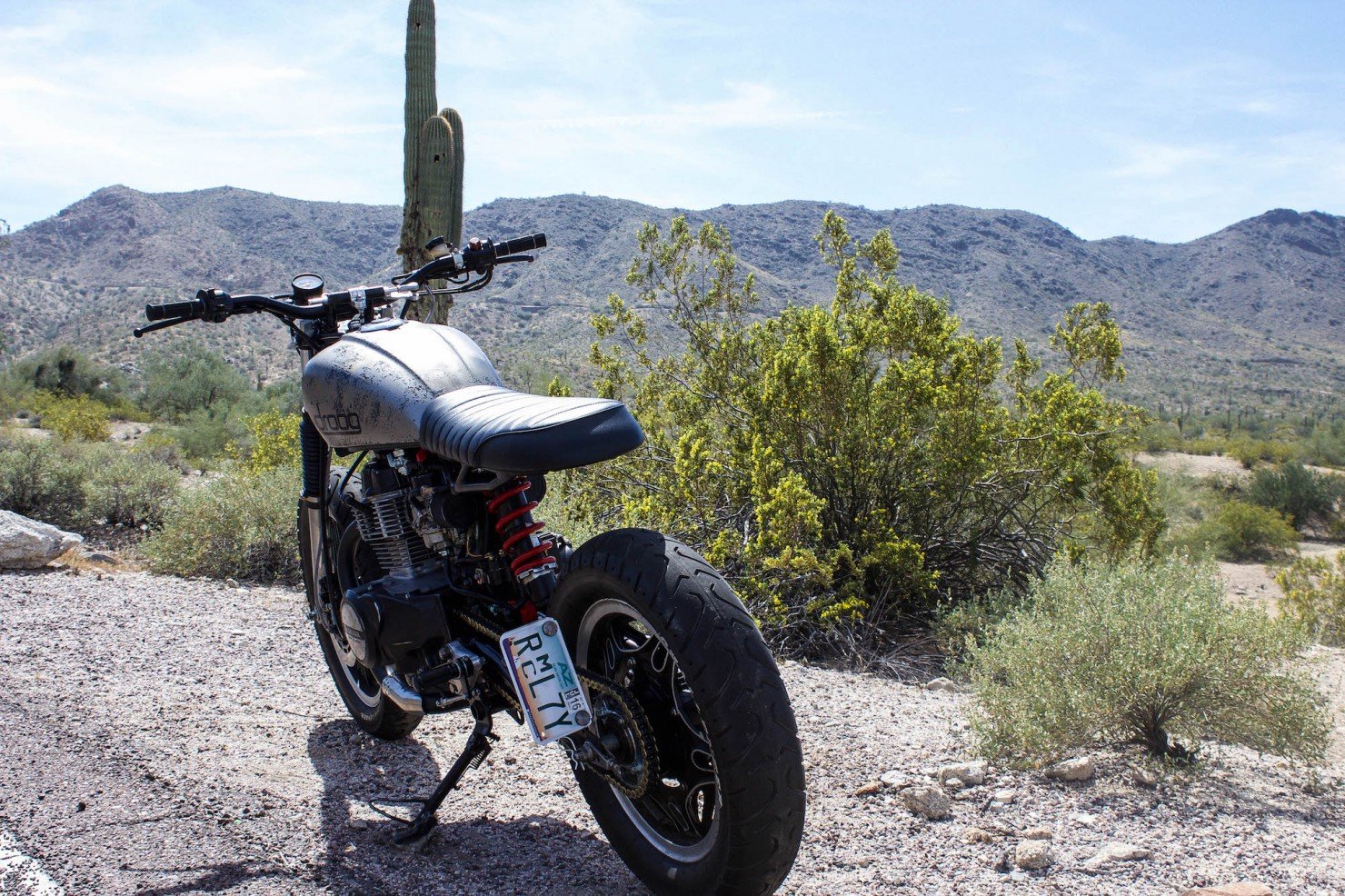 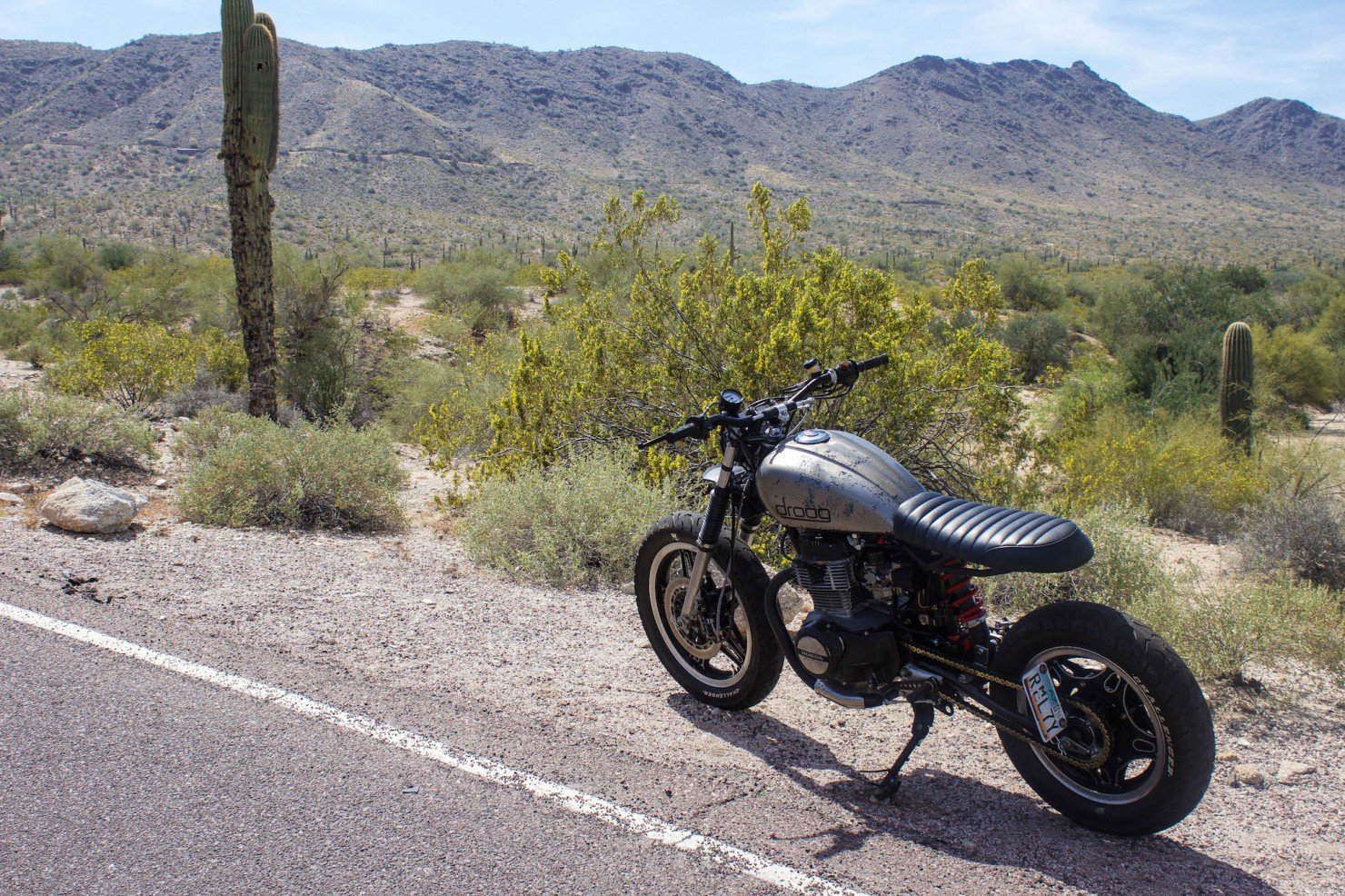 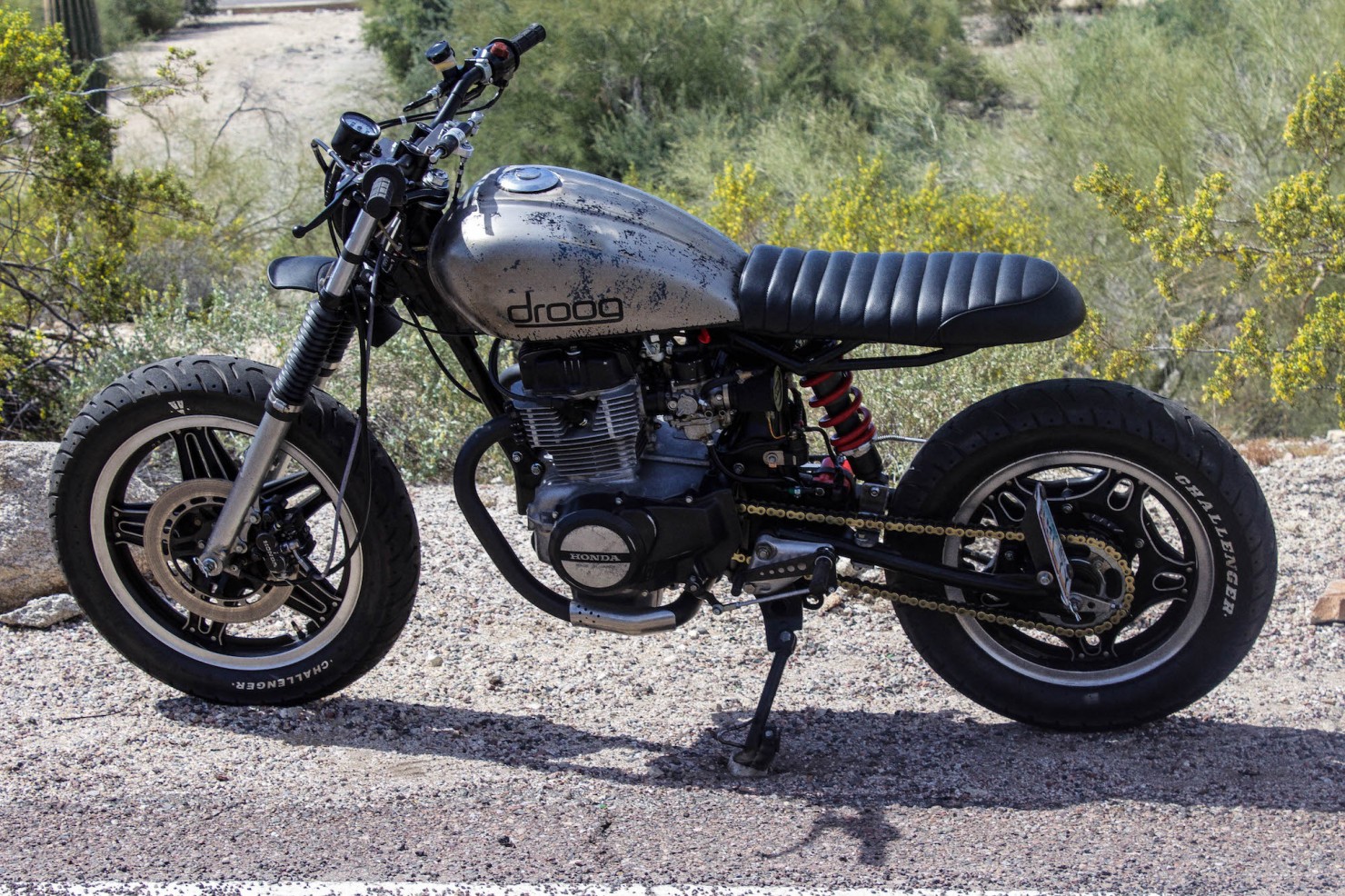 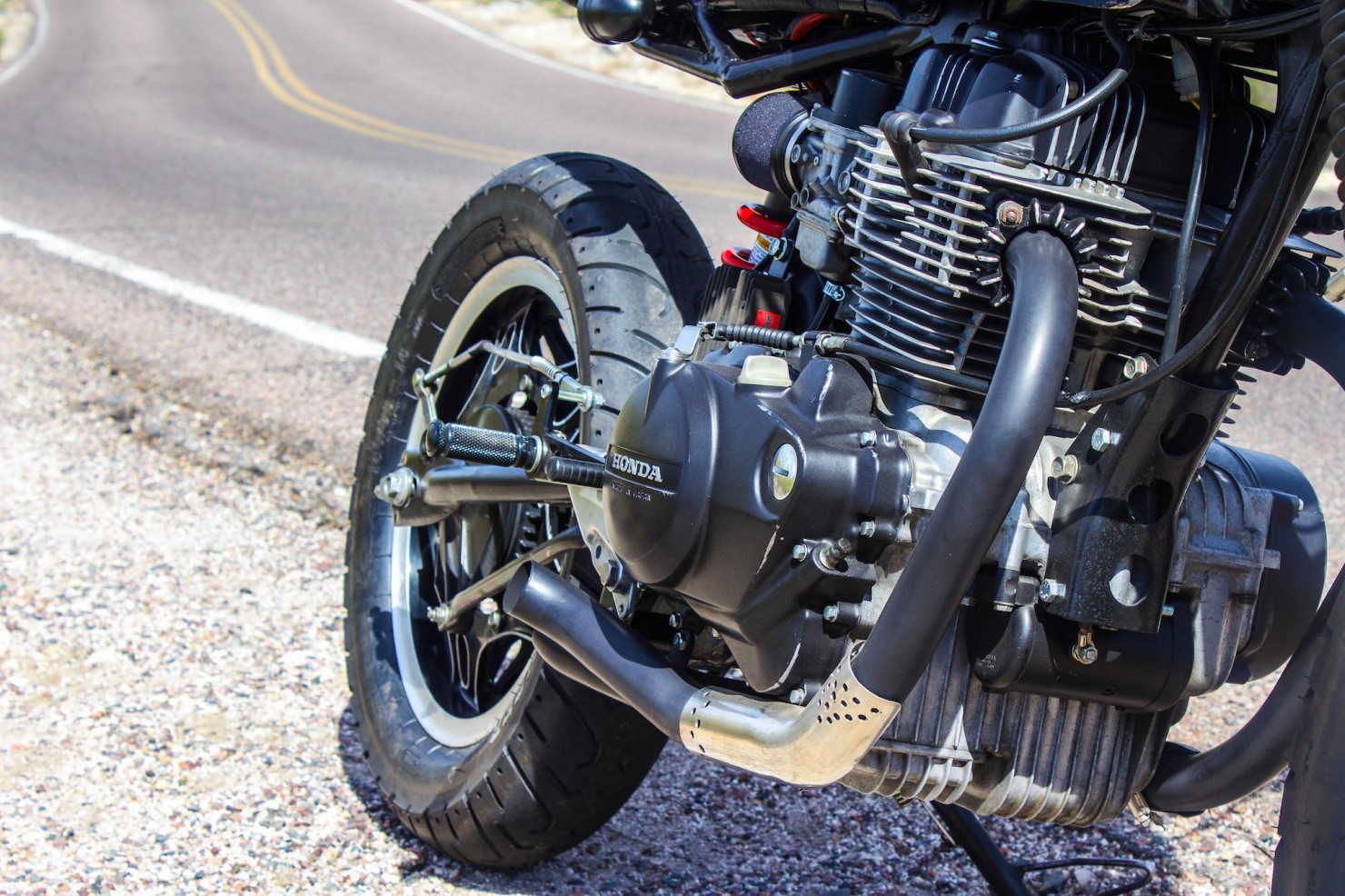 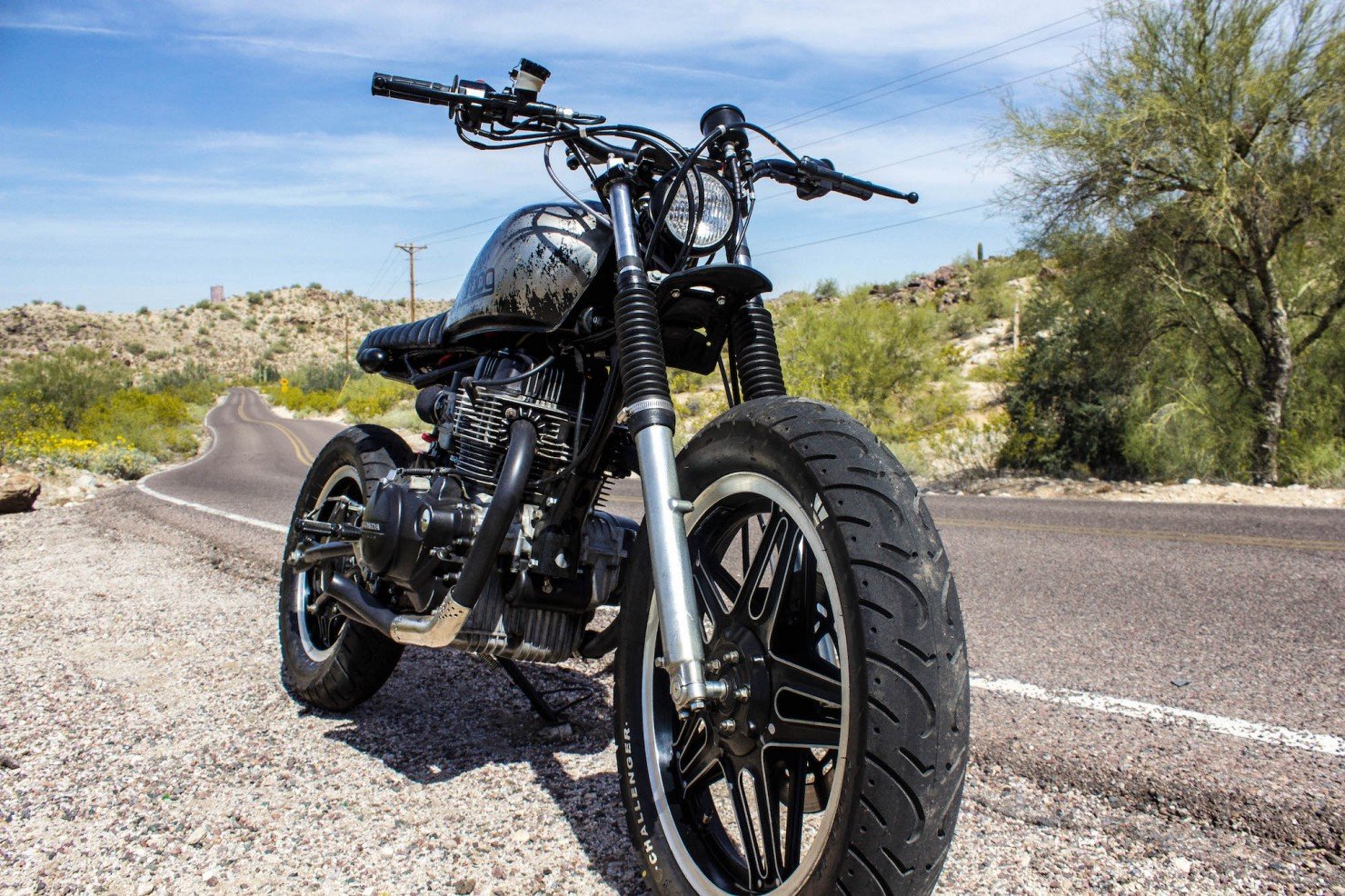 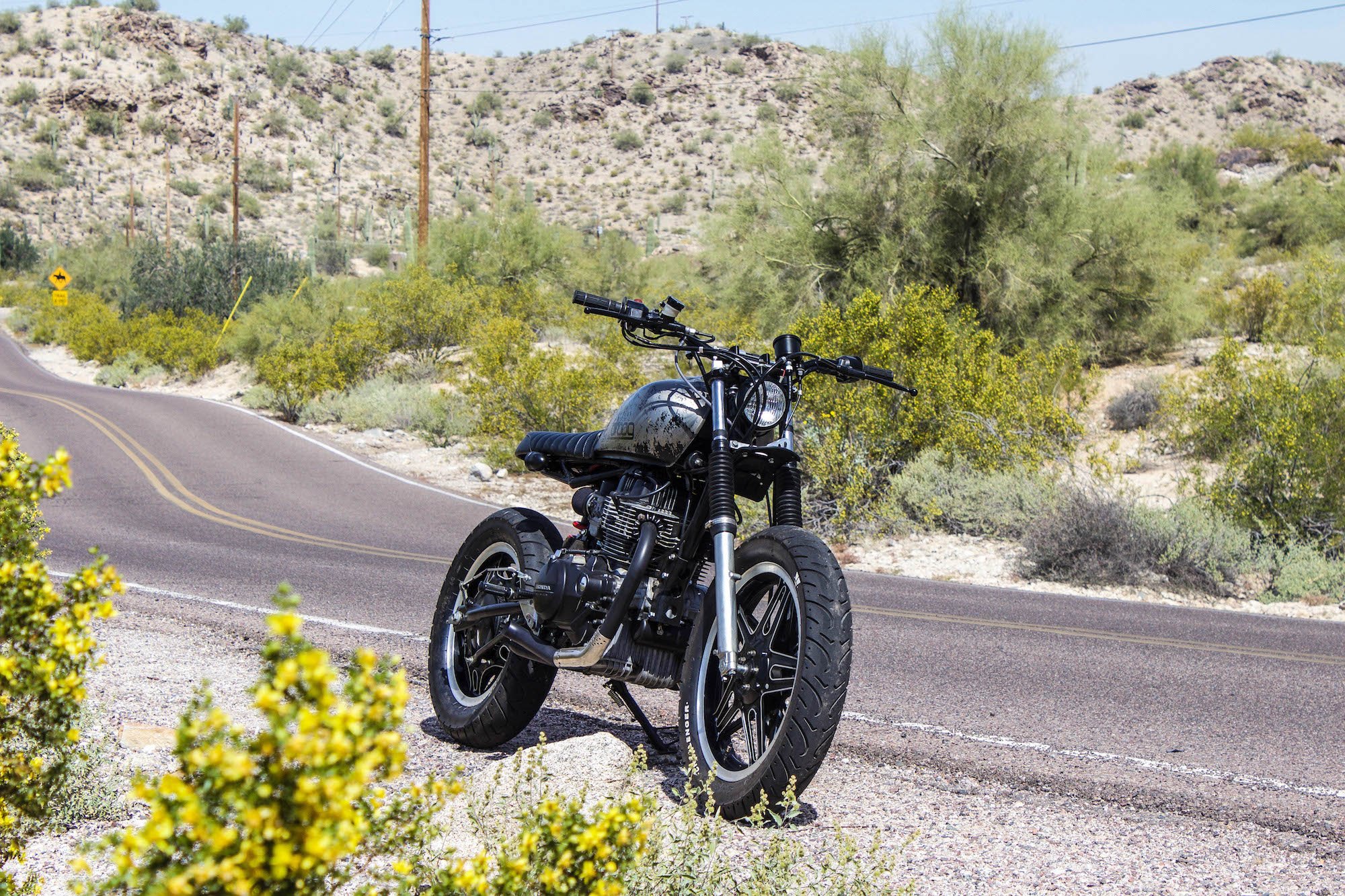