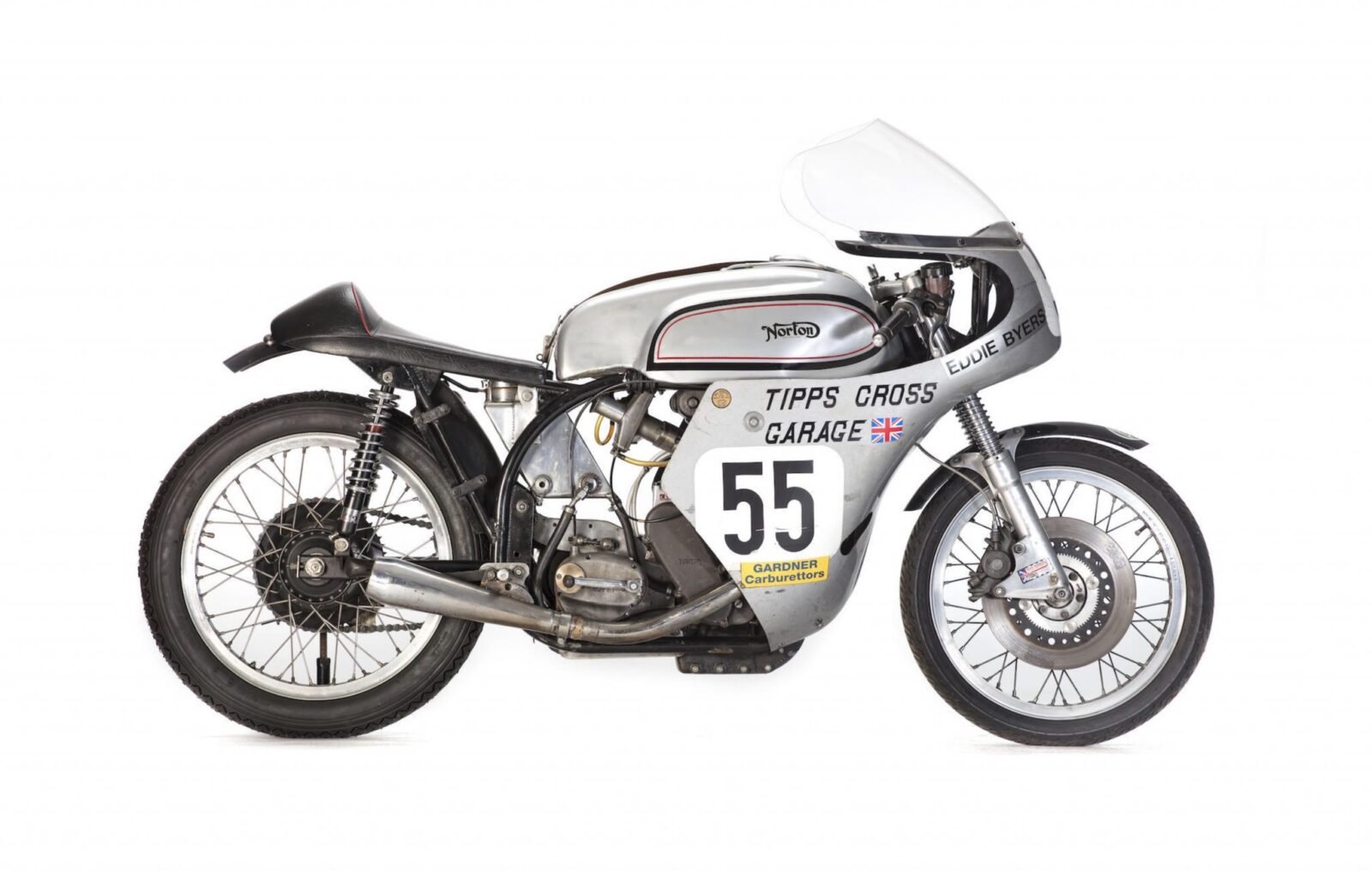 The Norton Manx is easily one of the most famous racing motorcycles of the 20th century, the mighty single-cylinder British bike was a dominant force in the world of two-wheeled racing – nowhere more so that at the Isle of Man TT.

The Story of the Norton Manx

Norton originally used the Manx name on the 1936 Norton Manx Grand Prix – the bike was essentially a track-spec version of their Norton International production bike, with the addition of telescopic forks, plunger suspension in the rear, and a lightweight magnesium crankcase and cam box.

After WWII Norton simplified the name of the racing model to just “Manx”, as a reference to the annual race held on the Isle of Man. This post-war Manx made its first appearance in 1946, it had only been slightly modified from the pre-war bike, and was still fitted with either the 350cc or 500cc single-cylinder SOHC engine that had proven so difficult for competitors to catch in the ’30s. The most obvious difference between the two generations was the presence of the Roadholder telescopic front forks on the newer model – which further improved handling.

Engineering advancements in the post-war period would come thick and fast, twin leading shoe brakes were added in 1948, in 1949 the double-overhead-camshaft cylinder head became available (it had been used on the factory works bikes for a number of years previously), and in 1950 perhaps the biggest step forward arrived in the shape of the now legendary Norton Featherbed frame designed by the McCandless brothers.

The Featherbed was developed by self-taught engineers Rex and Cromie McCandless specifically for Norton. It was costly to produce in post-war Britain where steel was rationed and difficult to come by – each Featherbed required approximately 40 feet of high-grade Reynolds steel tubing.

This new frame extended the life of the Manx right through into the early 1960s, and it wouldn’t go out of production until 1963. The tooling for the Manx would pass through the hands of Colin Seeley before ending up with John Tickle in 1969. This was the same year that a Norton Manx would take it’s last win in top flight competition – with a victory at the 1969 Yugoslavian Grand Prix.

John Tickle built the Manx T5 (500cc) and T3 (350cc) for a number of years until they ceased to be competitive against the constantly improving Japanese competition. This was not to be the end of the line for the Manx however, and it returned to production in the mid-1990s with Andy Molnar, with ex-racer Steve Tonkin building a road-legal version that’s still available to buy new today. 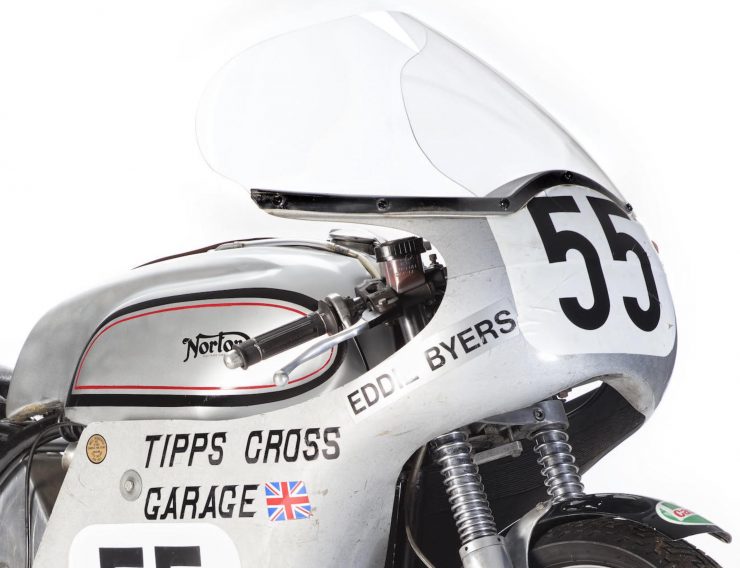 The bike you see here is a 500cc 1961 model – meaning it benefits from having the DOHC cylinder head, and the Featherbed frame. It’s one of the final factory Norton Manx bikes to have been produced and was sold new to well-known motorcycle tuner and racer Reg Dearden – who also sponsored the likes of Geoff Duke, Gary Hocking, Dave Chadwick, John Hartle, George Catlin, and Terry Shepherd.

Impressively its still fitted with its original numbers matching engine and frame, 10M 097327 and 10M 97327 respectively. The bike is being offered by Bonhams at the Spring Stafford Sale on the 23rd of April with an estimated hammer price of between £17,000 and £20,000, which is actually not a bad price point for such a competitive entry into the world of vintage motorcycle racing.

If you’d like to read more about the Norton Manx or register to bid you can click here to visit the listing. 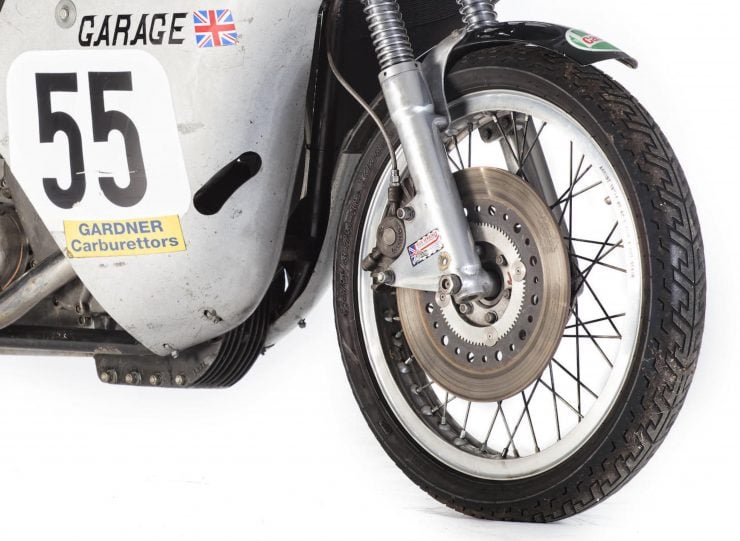 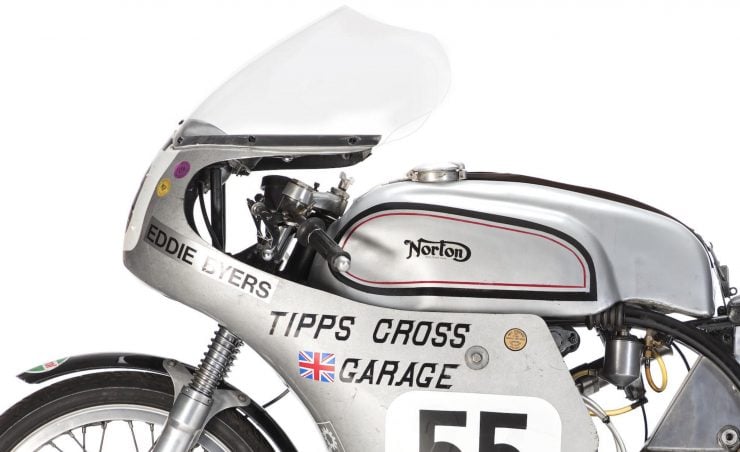 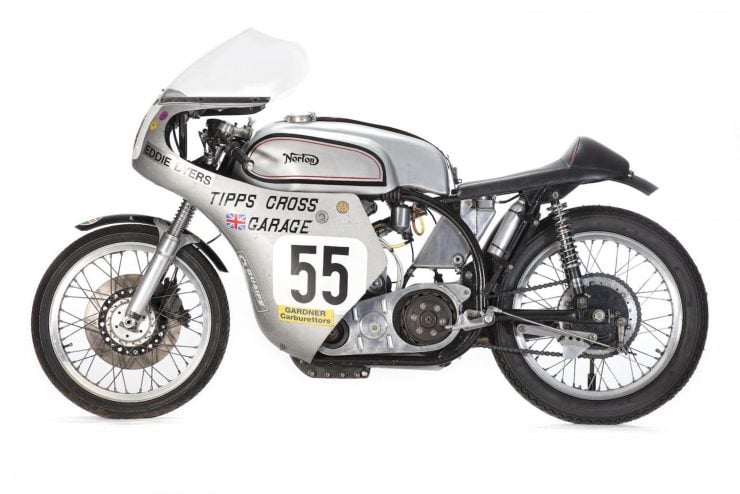 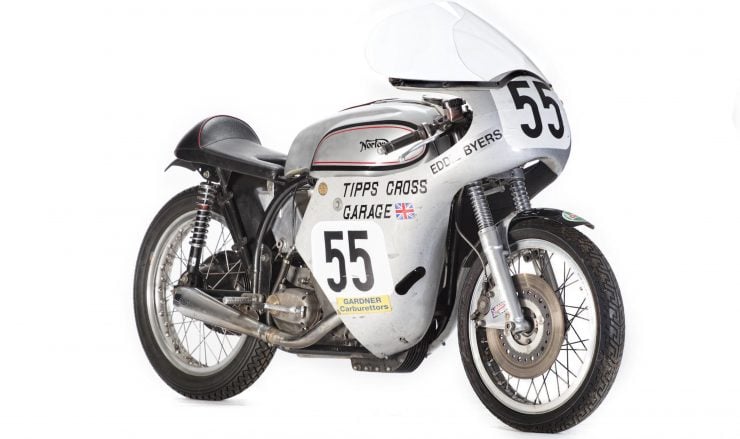 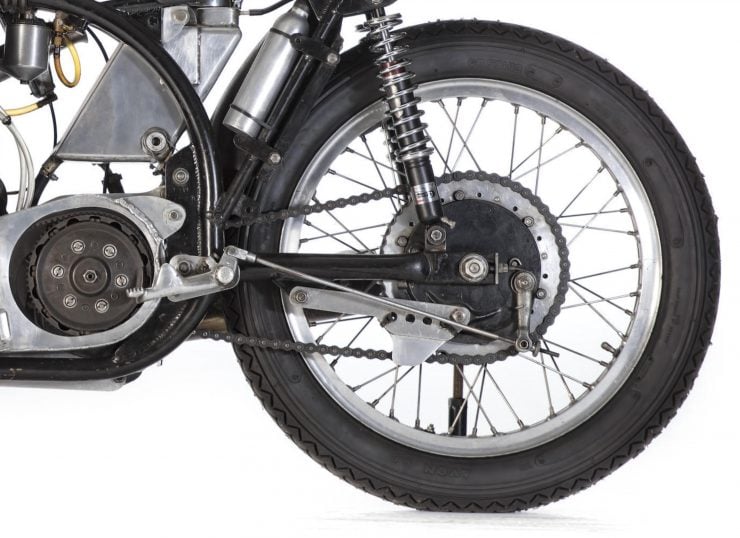 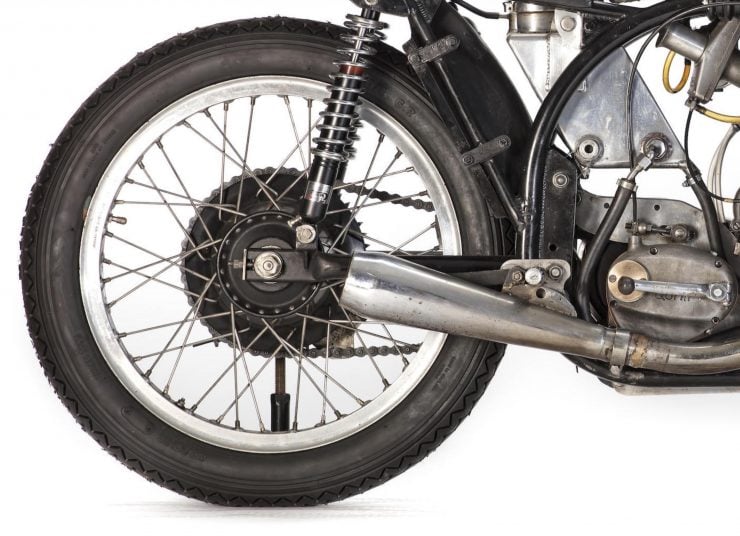 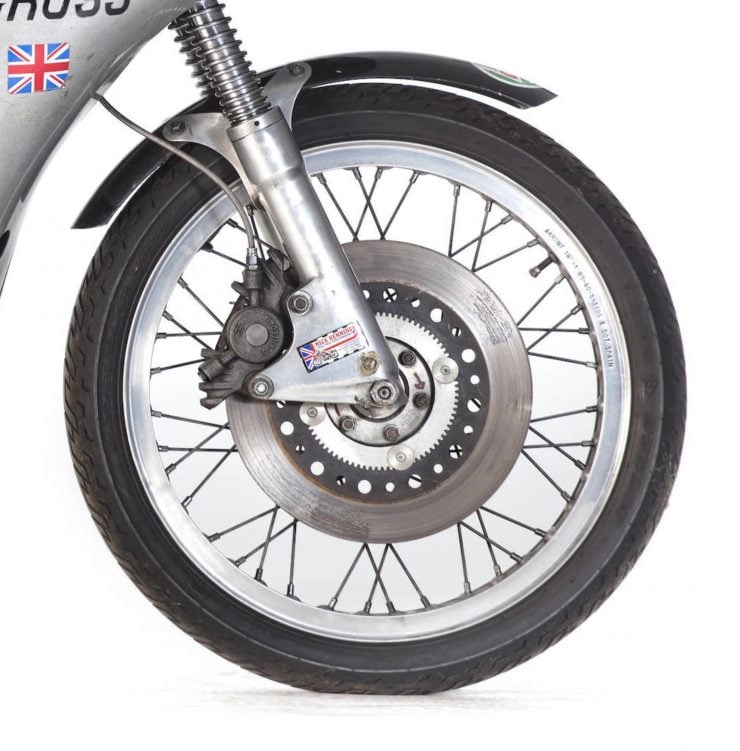 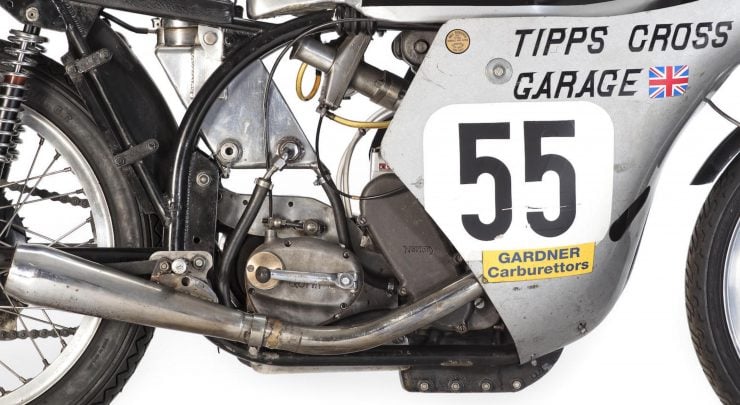 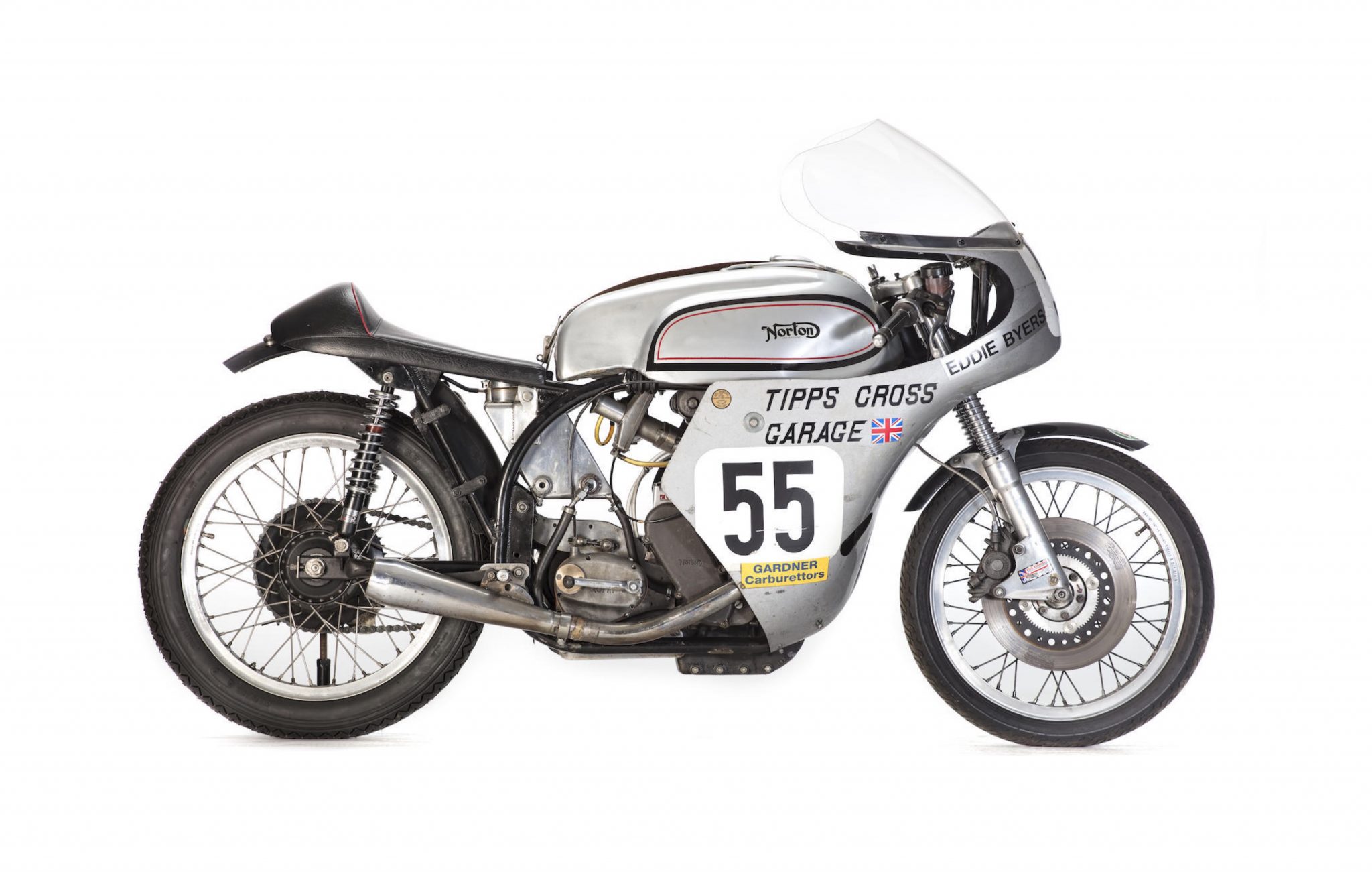