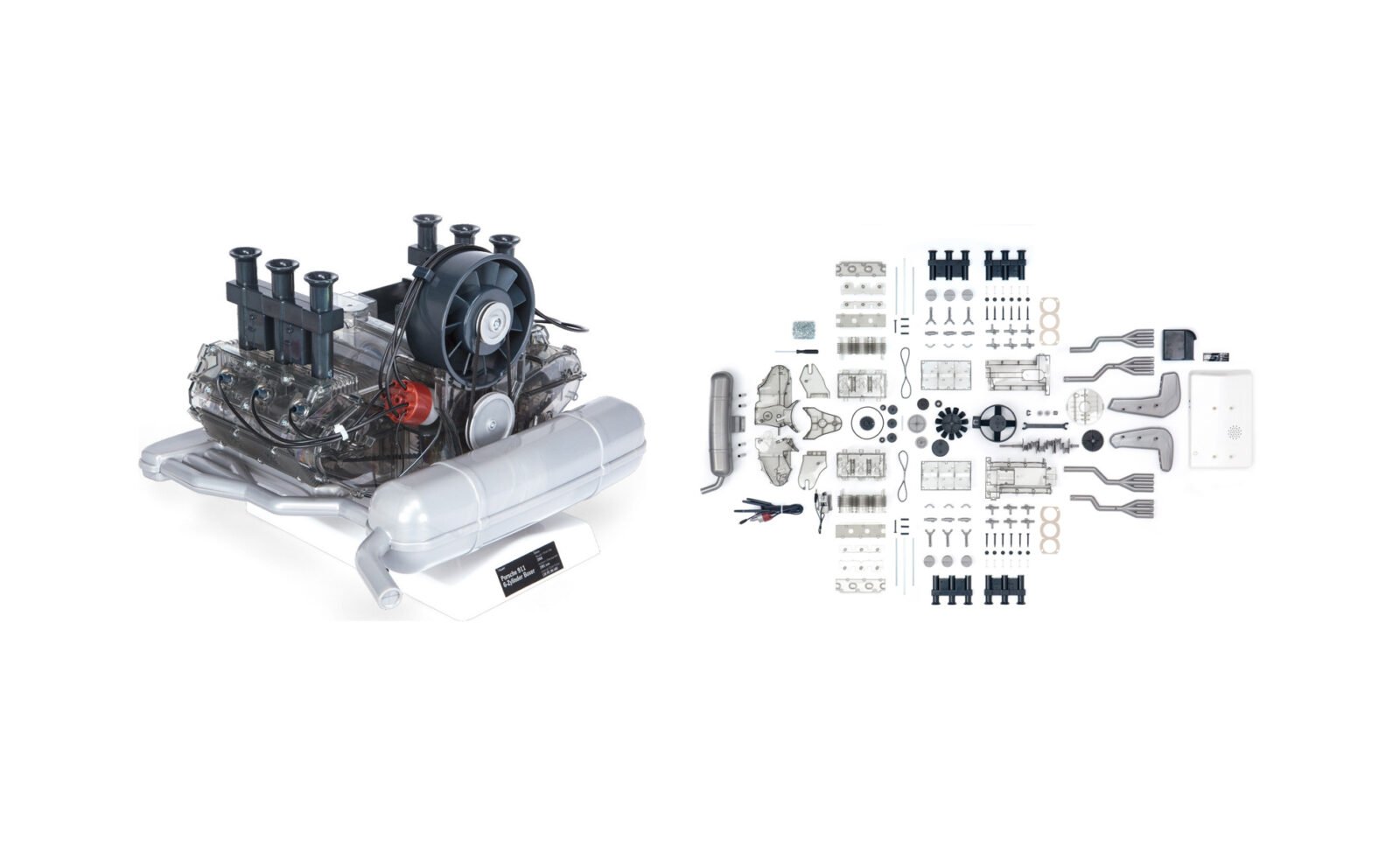 Explaining how an engine works can be difficult without the use of visual aids, and one of the best possible aids is a fully-functioning transparent engine. This 1:4 scale model Porsche flat-6 by Franzis has a see-though crankcase, cylinders, and heads, allowing you to see the pistons, valve train, con rods, and crank all working together.

Assembly requires no glue, but you will need about 3 hours set aside, as well as screwdrivers and basic hand tools. The kit includes 290 parts, and the completed engine is an accurate model of a 1966 Porsche 911 2.0 litre. 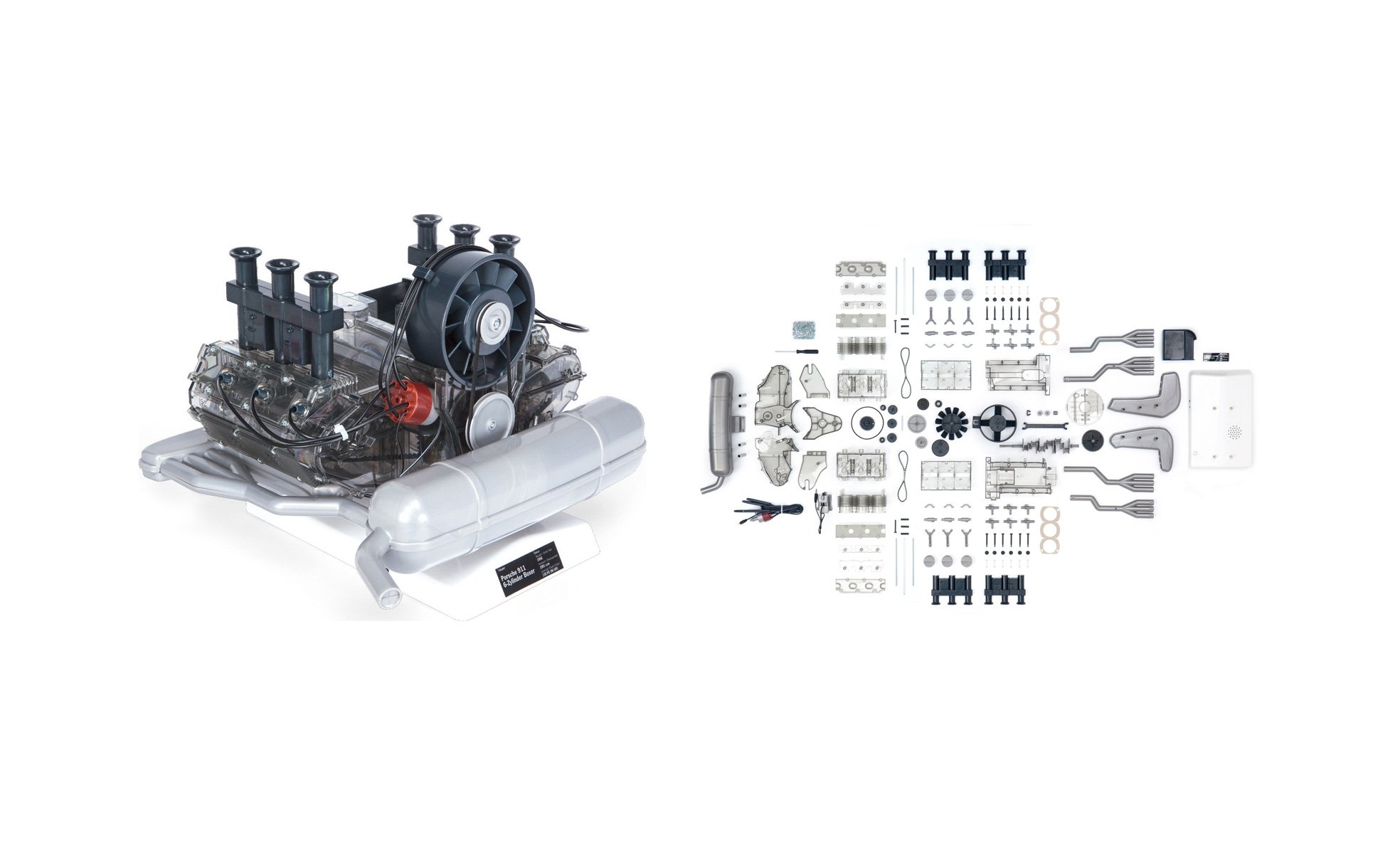