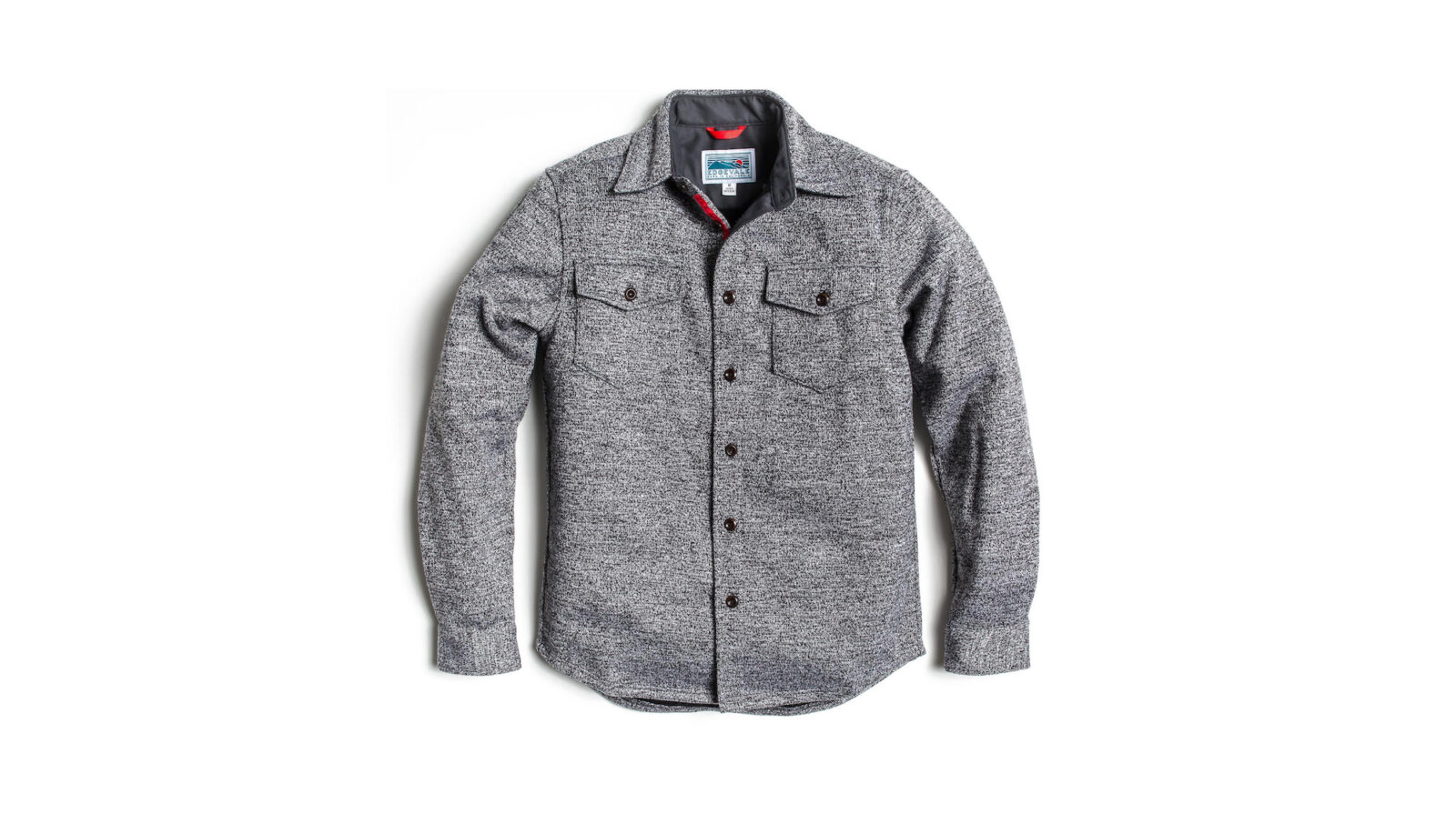 The North Coast Shirt Jacket was created by Edgevale to be a perfect cross-over between a long sleeved shirt, and a light jacket. It’s water and wind resistant thanks to its 3-layer construction, with a wooly outer shell, a soft fleece inner lining and a breathable (wind and water resistant) Dintex Second Skin polyurethane membrane in-between.

Added durability is offered by the cobalt grosgrain ribbon re-enforced seams and the Shirt Jacket has been designed to have some stretch for additional comfort and wearability. All of Edgevale’s products are 100% made in the USA, and sizing is offered from S through to XL. 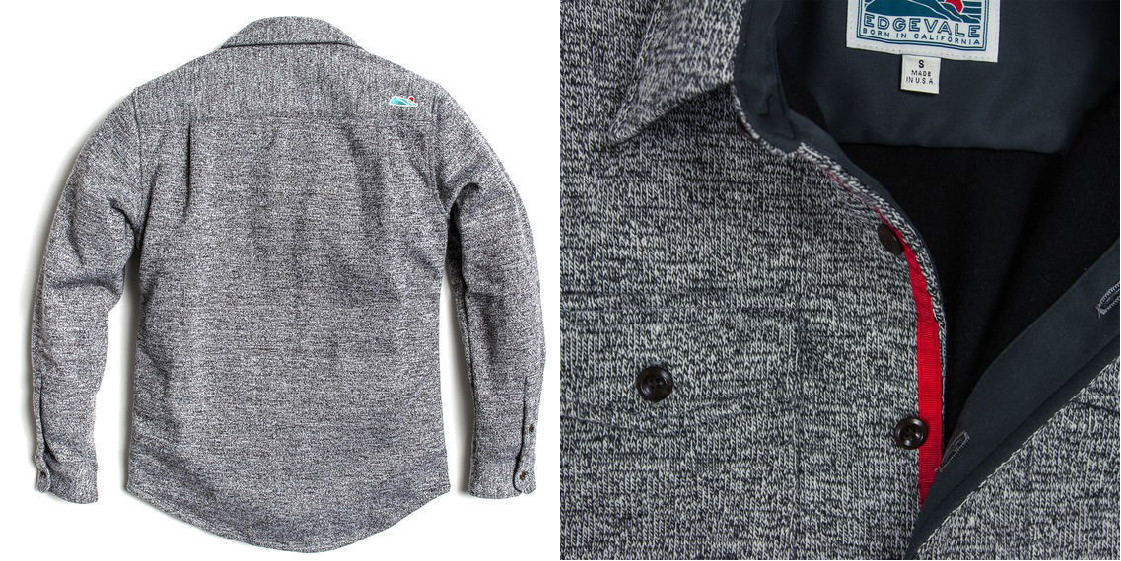