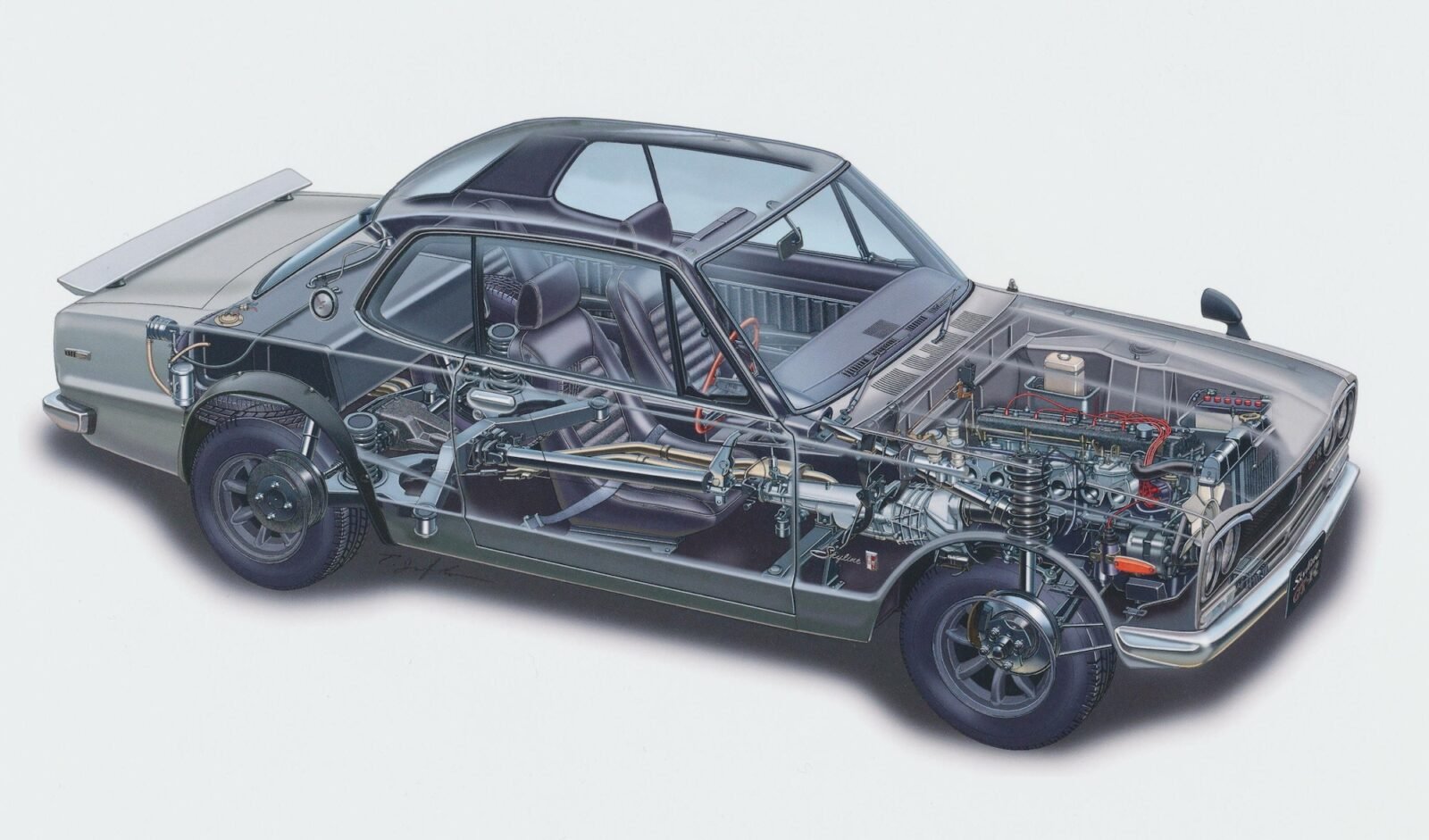 The Nissan Skyline GT-R is without question one of the most important sports cars ever to come out of Japan, I know there are contrarians out there who’ll attempt to argue with me about that statement, but these people are simpletons and it’s best to ignore them.

The Skyline started life as car built by the Prince Motor Company and production began in 1955, Prince was acquired by Nissan in 1966 and as a result of this, Nissan took over the Skyline project. It’s hard to imagine that Shinichiro Sakurai or any of the Skyline’s original designers could possibly have known how remarkable and long-lived the model line would become – although Sakurai remained on as the chief influence over the car until he passed away in 2011.

The cutaway wallpaper you see here measures in at a huge 3396px by 1996px and you can download it by clicking here. 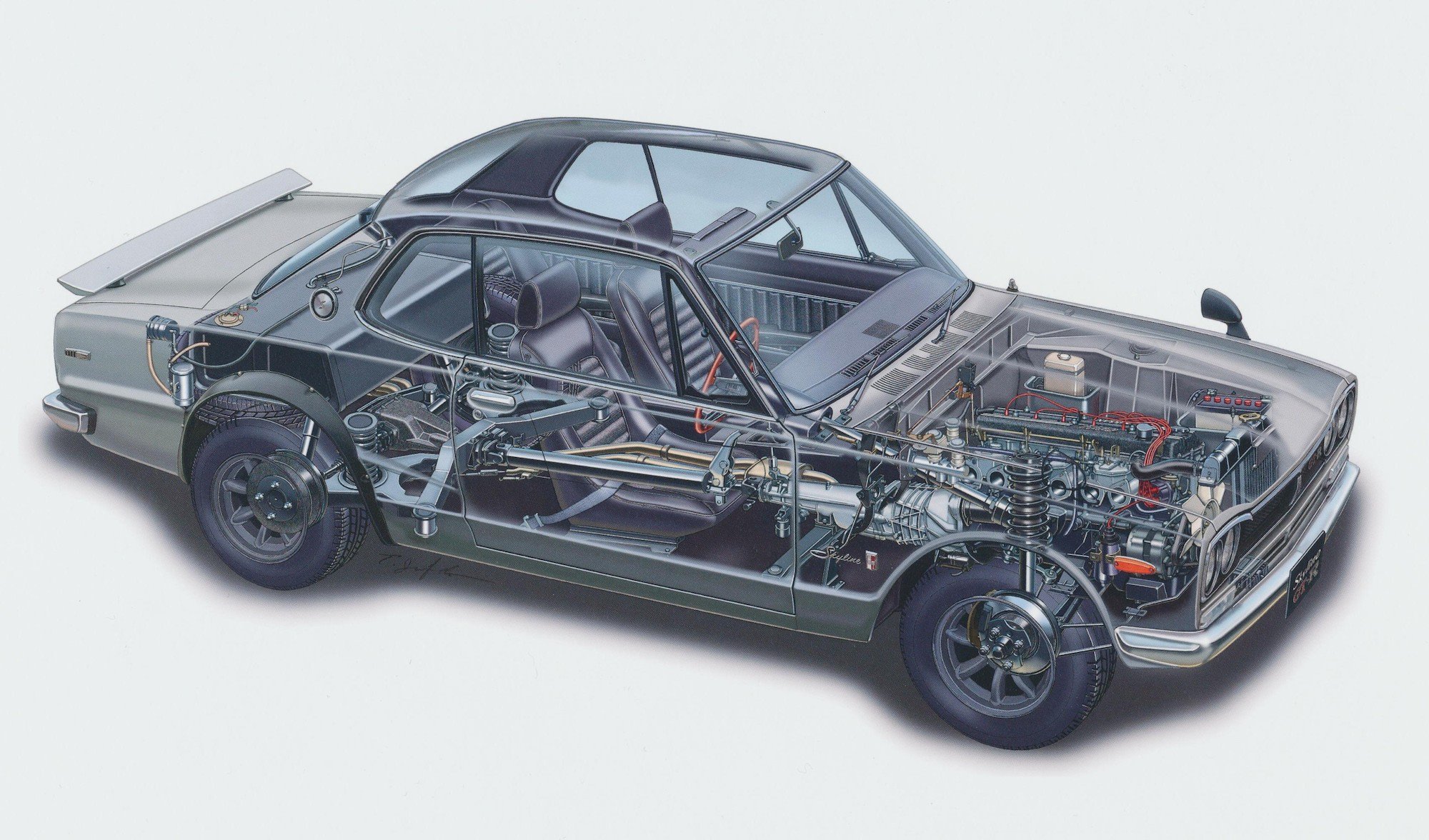