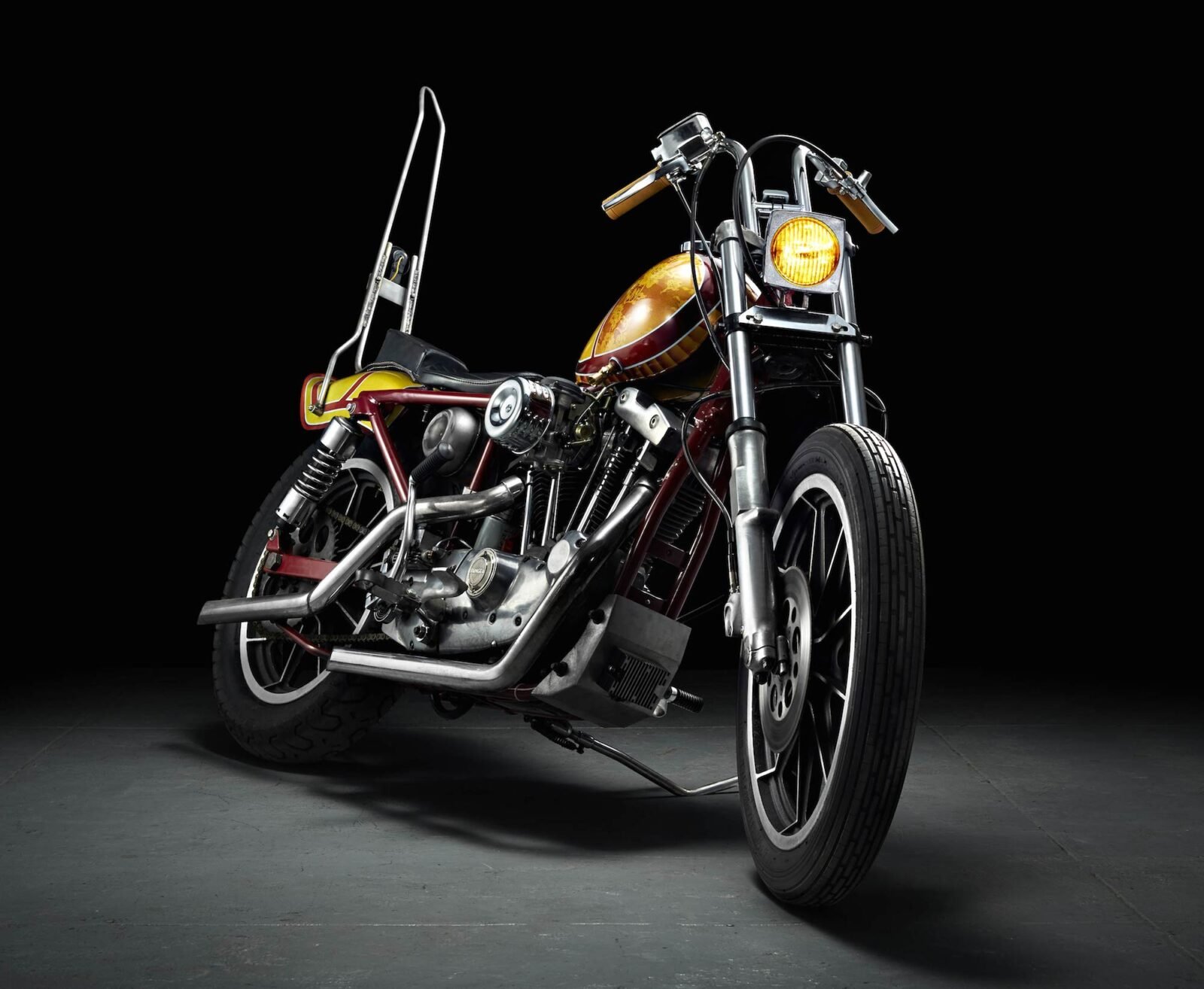 I don’t tend to feature choppers on Silodrome very often, there are a few reasons for this but generally speaking I try to avoid motorcycles that are built with a focus on form before function and sadly, many modern choppers are little more than metal flake show ponies.

It wasn’t always like this though, when the chopper genre first began to appear in the 1960s they were machines designed for long distance highway riding – hence the foot-forward posture and elevated handlebars. The chopper you see here is a modern build that looks exceedingly similar to its early forbearers and it’s not been influenced by the current trend of absurdly wide rear tires and fork rake measured in miles rather than degrees.

The bike started out as a 1979 Harley-Davidson XLCH Ironhead Sportster, it was bought and owned by a member of the NYC Hells Angels during which time it was doubtless involved in some remarkable and highly illegal escapades. Last year its original owner listed it for sale on Craigslist where it was found by designer Jimmy Dean Horn, he went to see the bike and ended up drinking beer with the owner before coming to an agreement on price.

Jimmy pulled the bike to bits and began sketching out its final form, he went through hundreds of drawings before eventually deciding to wing it and see what happened. The frame was sent off for powder coating, the wiring harness was rebuilt, the battery was replaced with a lithium ion unit and the original paint was stripped off and replaced with the unique red/bold paint scheme that the bike is now wearing.

The completed bike looks for all the world like an original early ’60s custom, which is no bad thing, and Jimmy tells me it goes like a “bat outta hell” and is impossible to ride without a grin running from ear to ear. 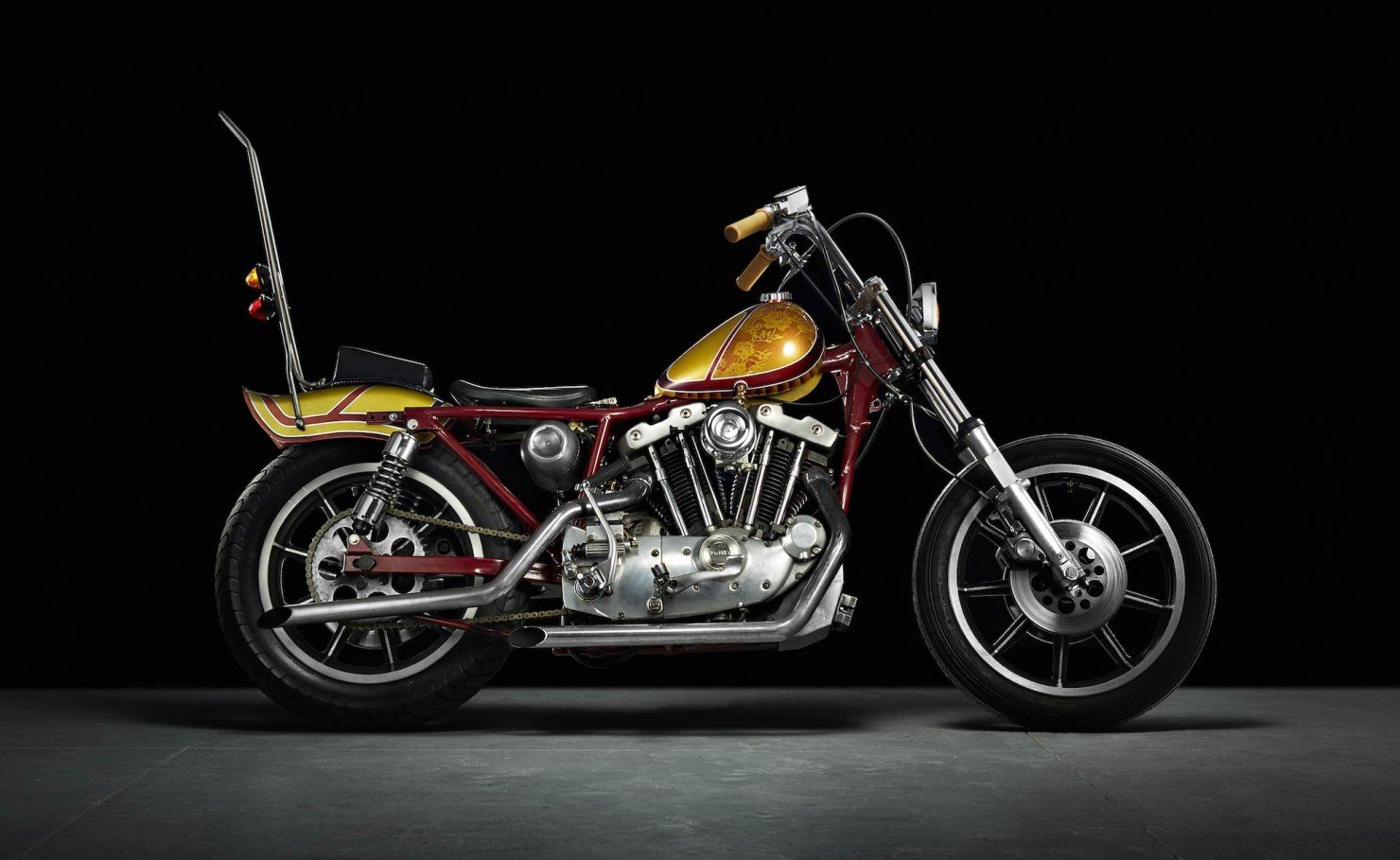 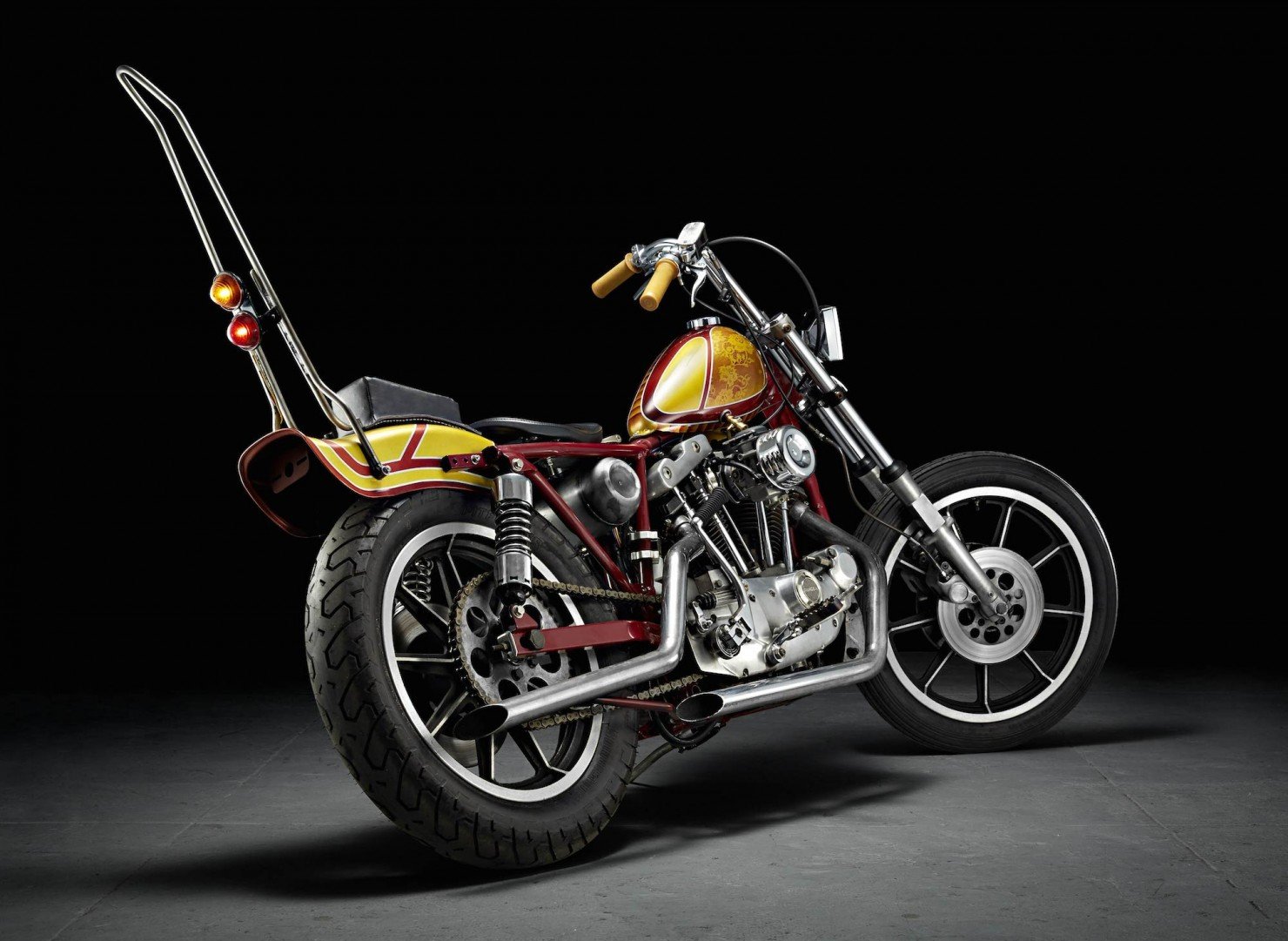 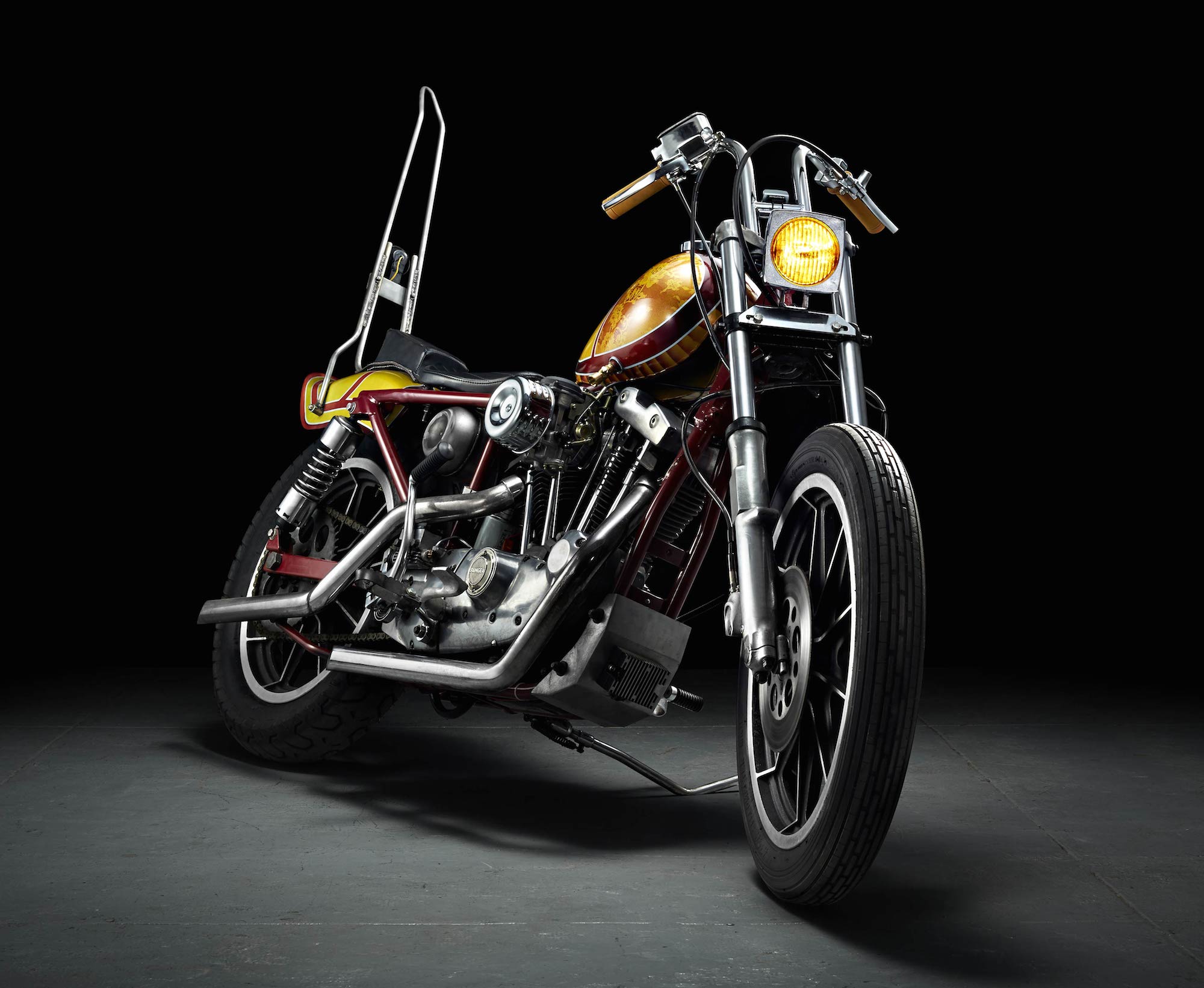