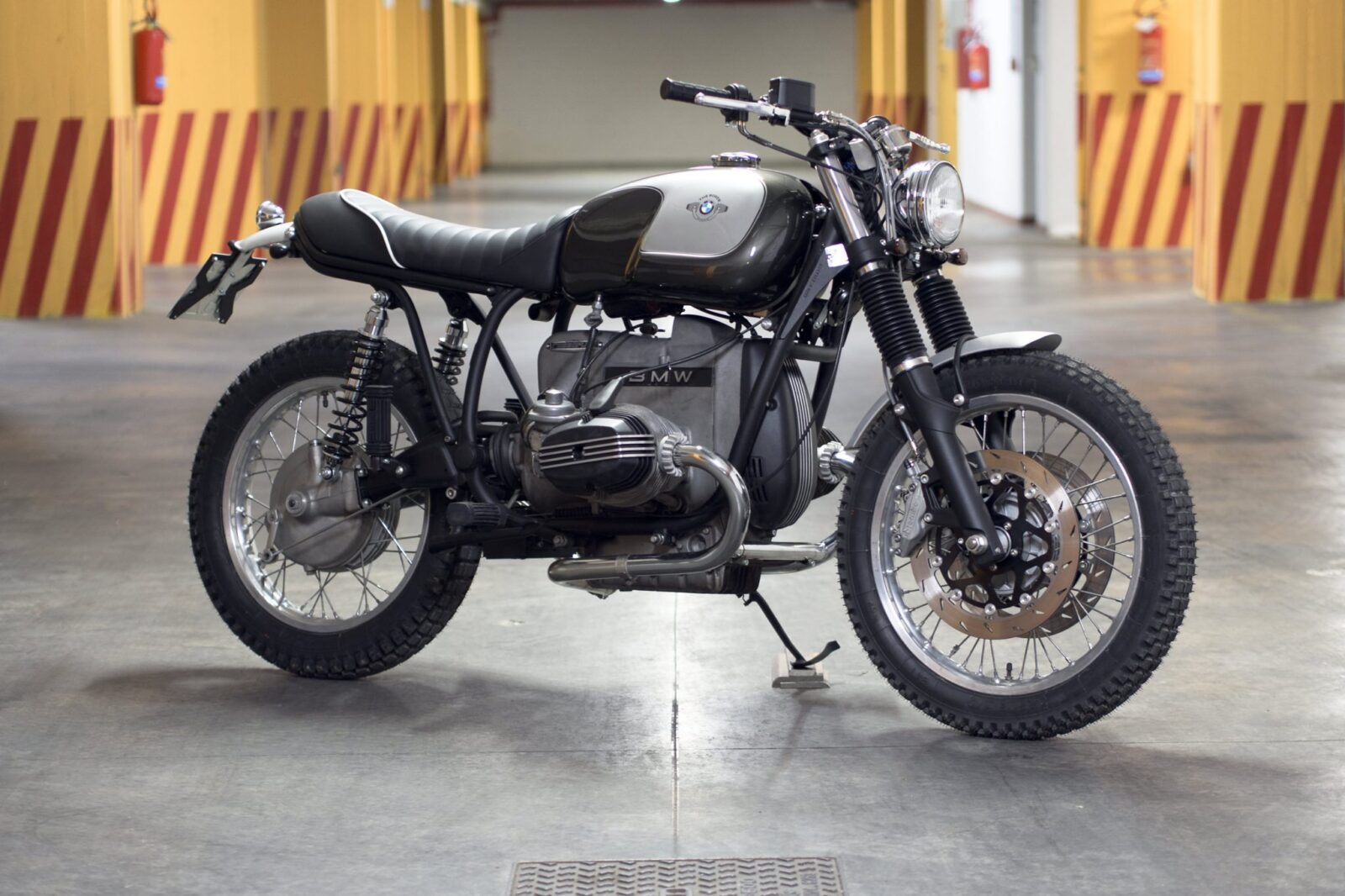 I’m not sure if I’m stuck in some kind of Baader-Meinhof loop, but I seem to be constantly discovering new BMW scramblers, and I could swear they’re constantly getting better. In fact the one you see here has quickly become my new favourite. Officine Rossopuro is an Italian custom motorcycle garage that many of you will already be familiar with, it’s run by a friendly man by the name of Filippo Barbacane who’s unquestionably one of the most talented motorcycle builders you’ll find anywhere in the world.

Filippo doesn’t do things by halves, so when he rolls out a new build the list of modifications and new fabrication used is longer than your arm. This scrambler is no different, in fact there’s no part of it that hasn’t been modified or replaced. The build began with the original bike being stripped to nuts and bolts, then thoroughly cleaned and examined.

The rear subframe was removed and replaced with a more heavy-duty tail, the swing arm was reinforced and the rear springs were thrown in favour of a new pair of adjustable Bitubo gas shock absorbers – allowing improved rear wheel travel. 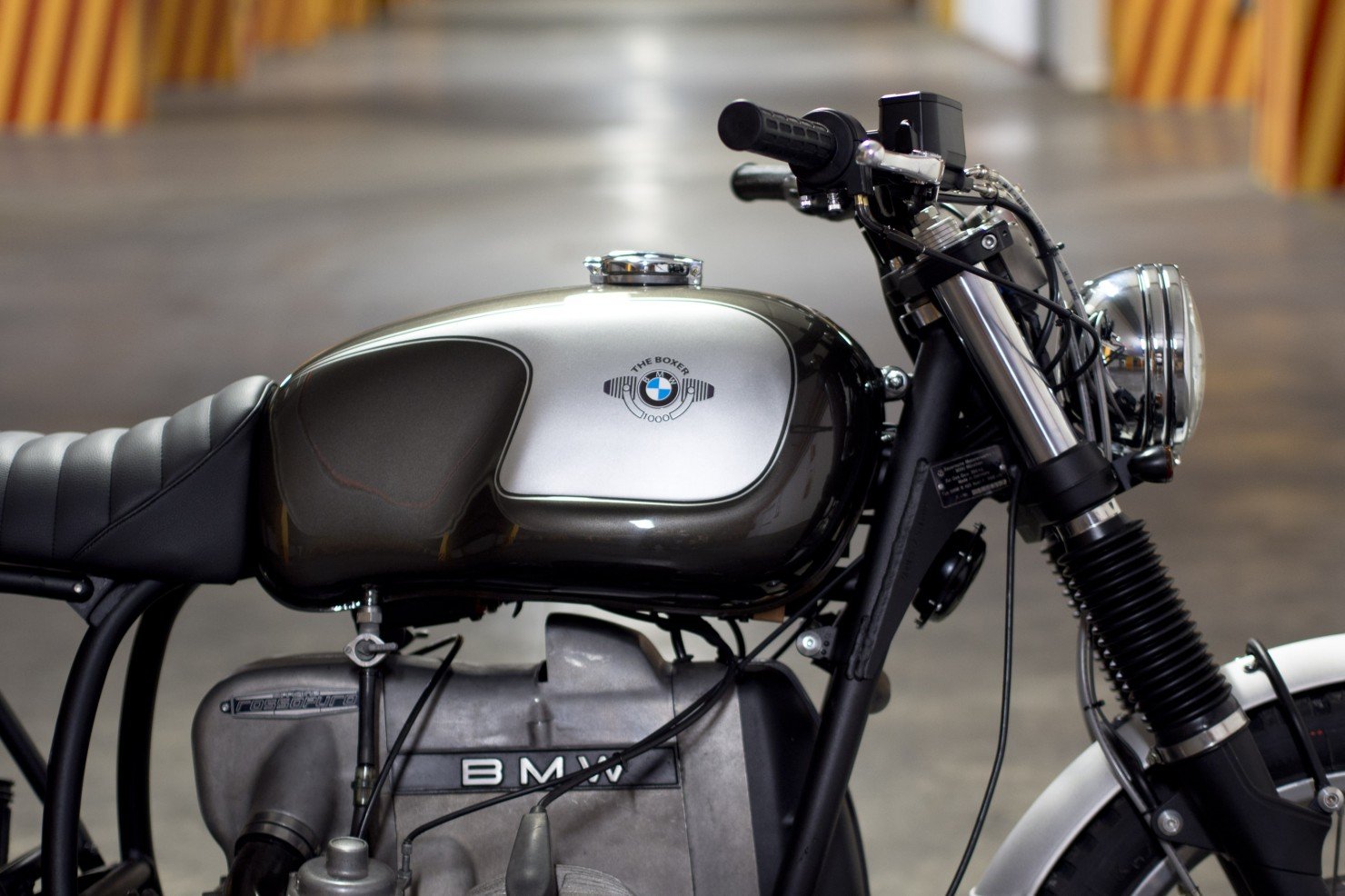 A new set of front twin-discs were sourced and whittled down to fit the hub, a pair of 4-piston Brembo Gold Series were then fitted, to ensure the bike would have no problem slowing down. The original fuel tank and fenders did suit the new shape so Filippo set about fabricating a new steel fuel tank and a pair of new aluminium fenders – how one goes about fabricating a new fuel tank from sheet metal is beyond me but I assume it requires some sort of black belt in Metal-Fu.

A new flat tracker style handlebar was used, the controls were kept as minimal as possible and the original gauge cluster was discarded in favour of a unit by Daytona. The lights and electrics were all replaced and kept as low key as possible, the wiring loom was replaced with a simplified version and the original battery was tossed in favour of a much smaller lithium battery installed under the seat.

To finish the build off, a pair of 45mm Marzocchi forks were added up front, a custom exhaust from MASS was bolted into place and a pair of no-bullshit Hidenau tires were installed front and back.

The completed build is about as close to an aesthetically perfect scrambler as you’ll find anywhere, with the added benefit of being powered by that absurdly reliable BMW boxer engine. 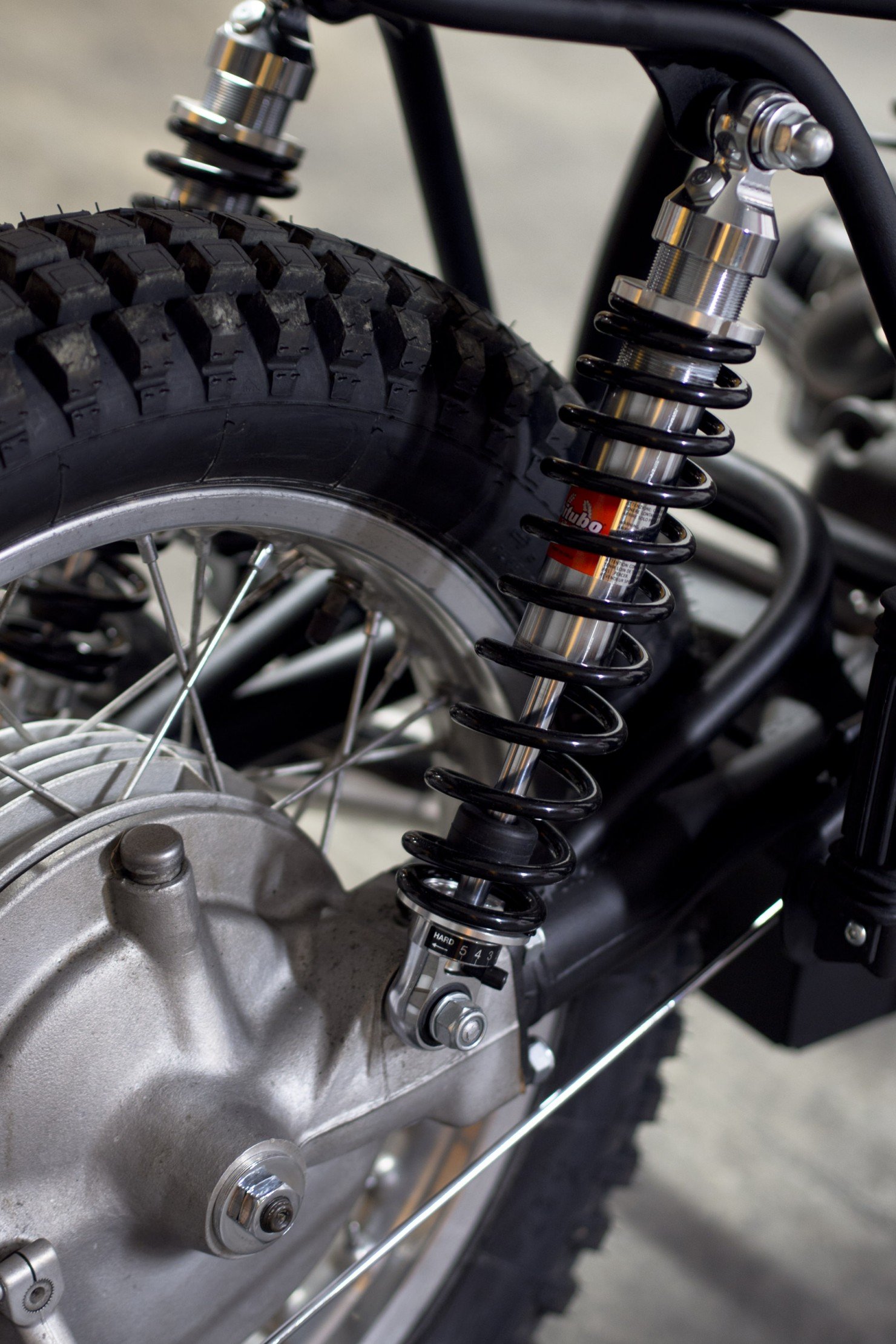 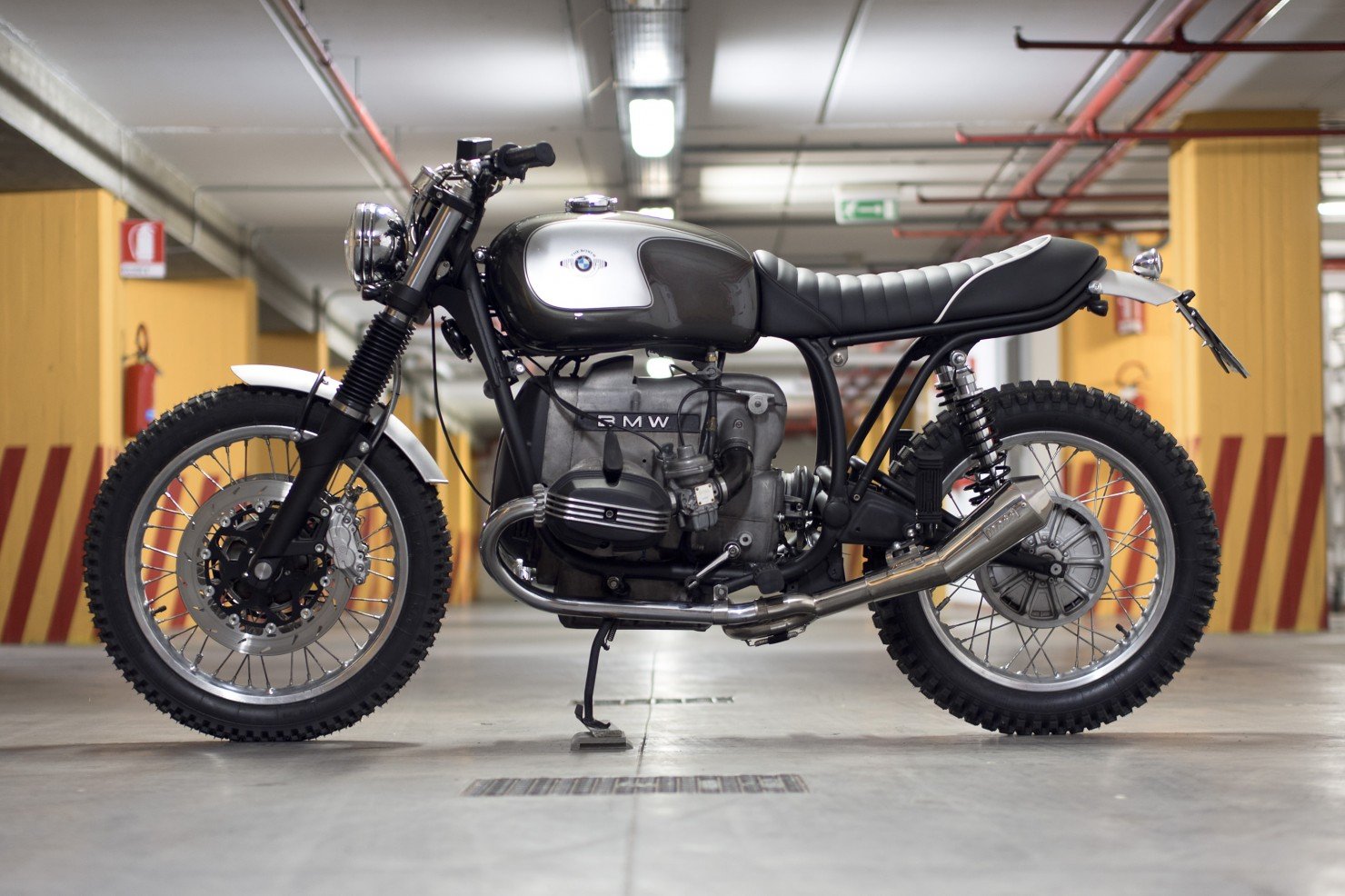 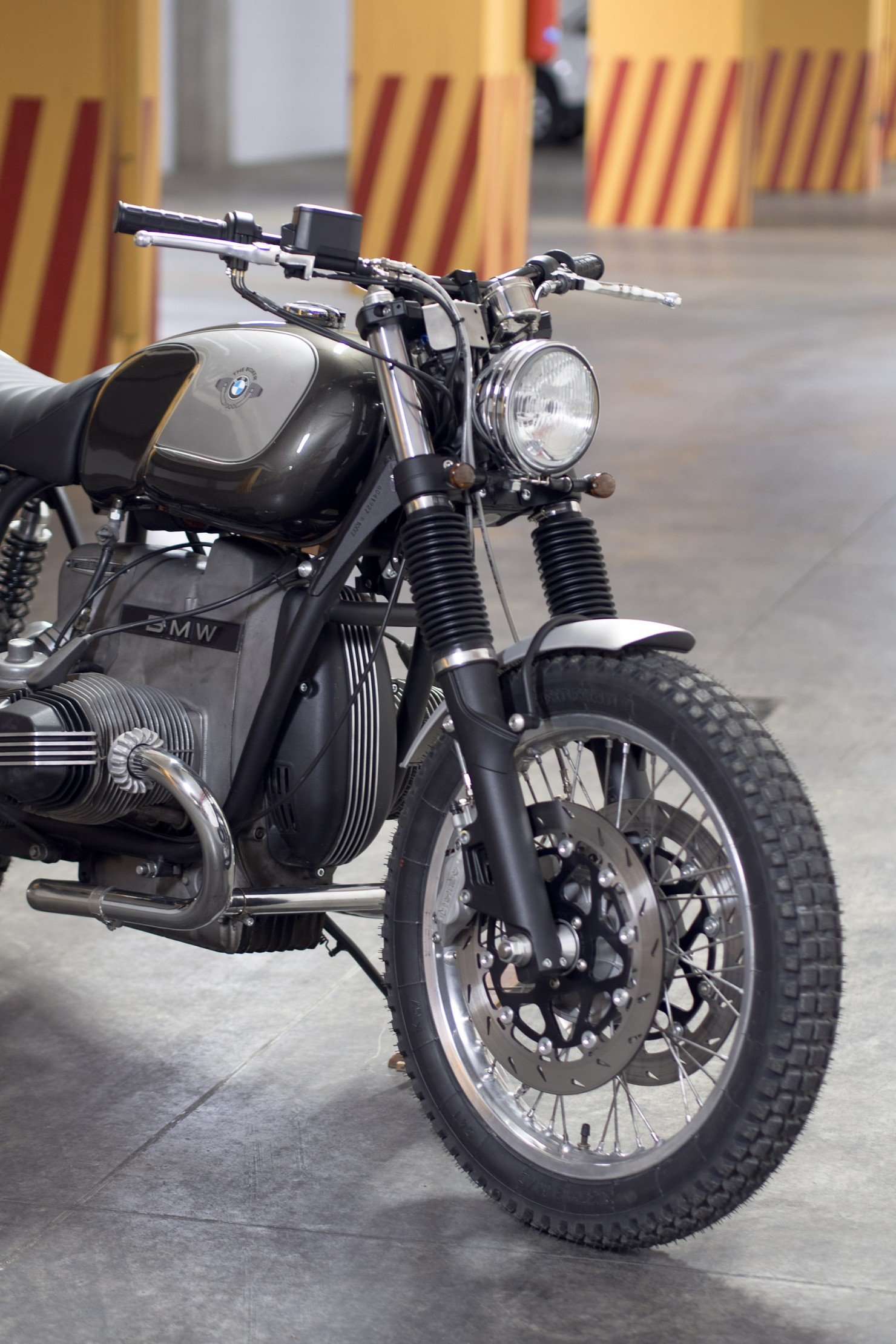 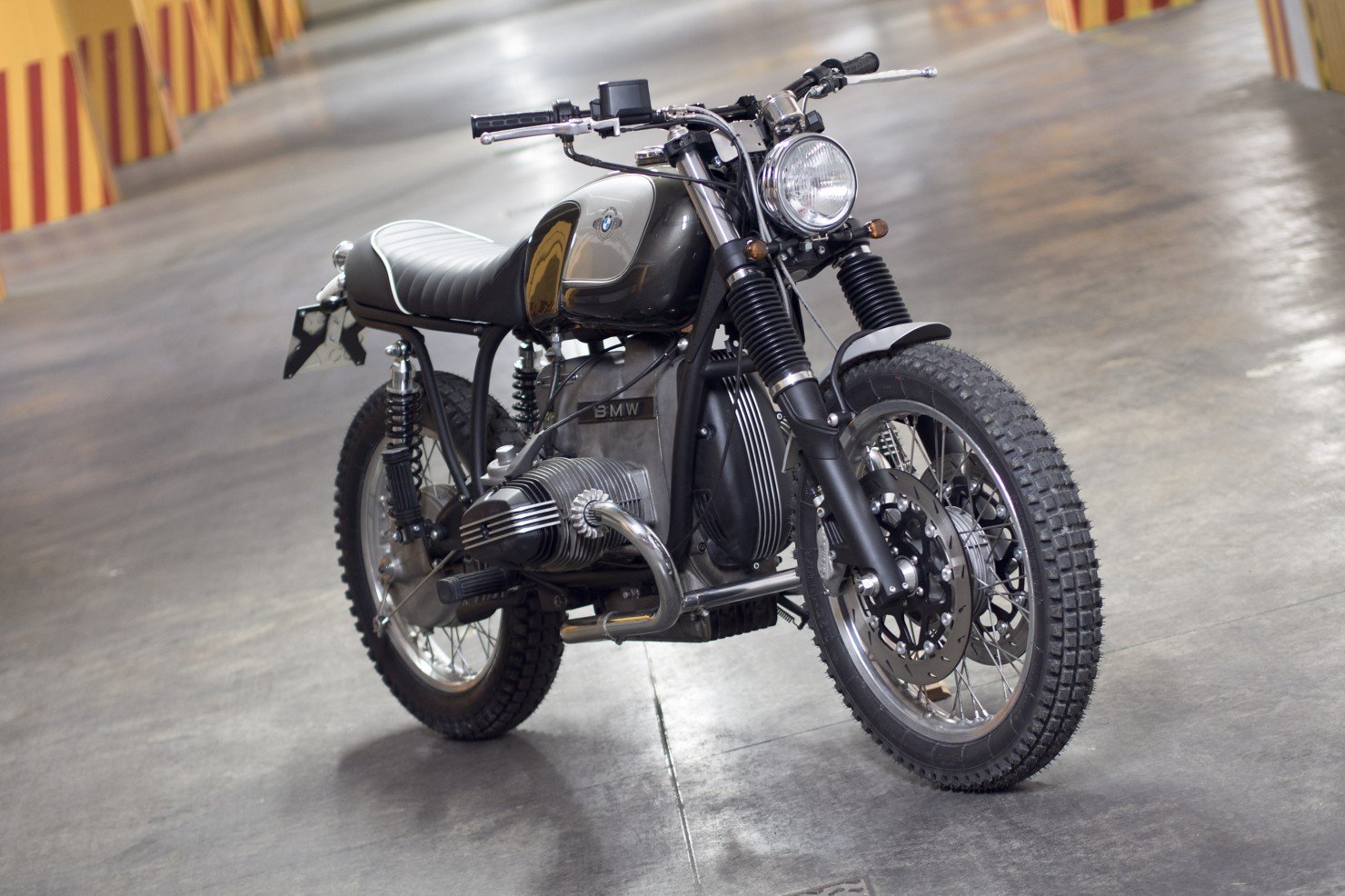 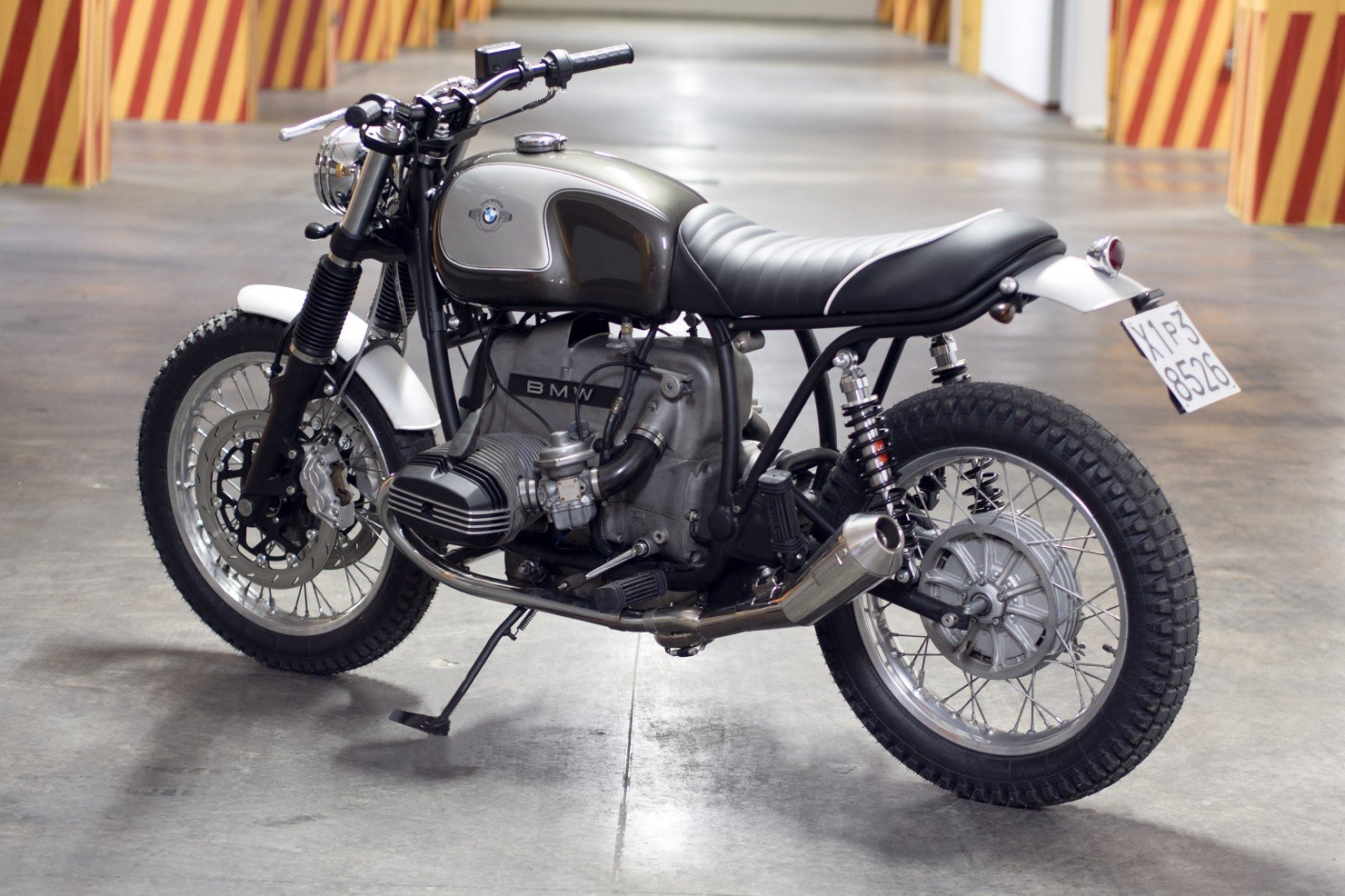 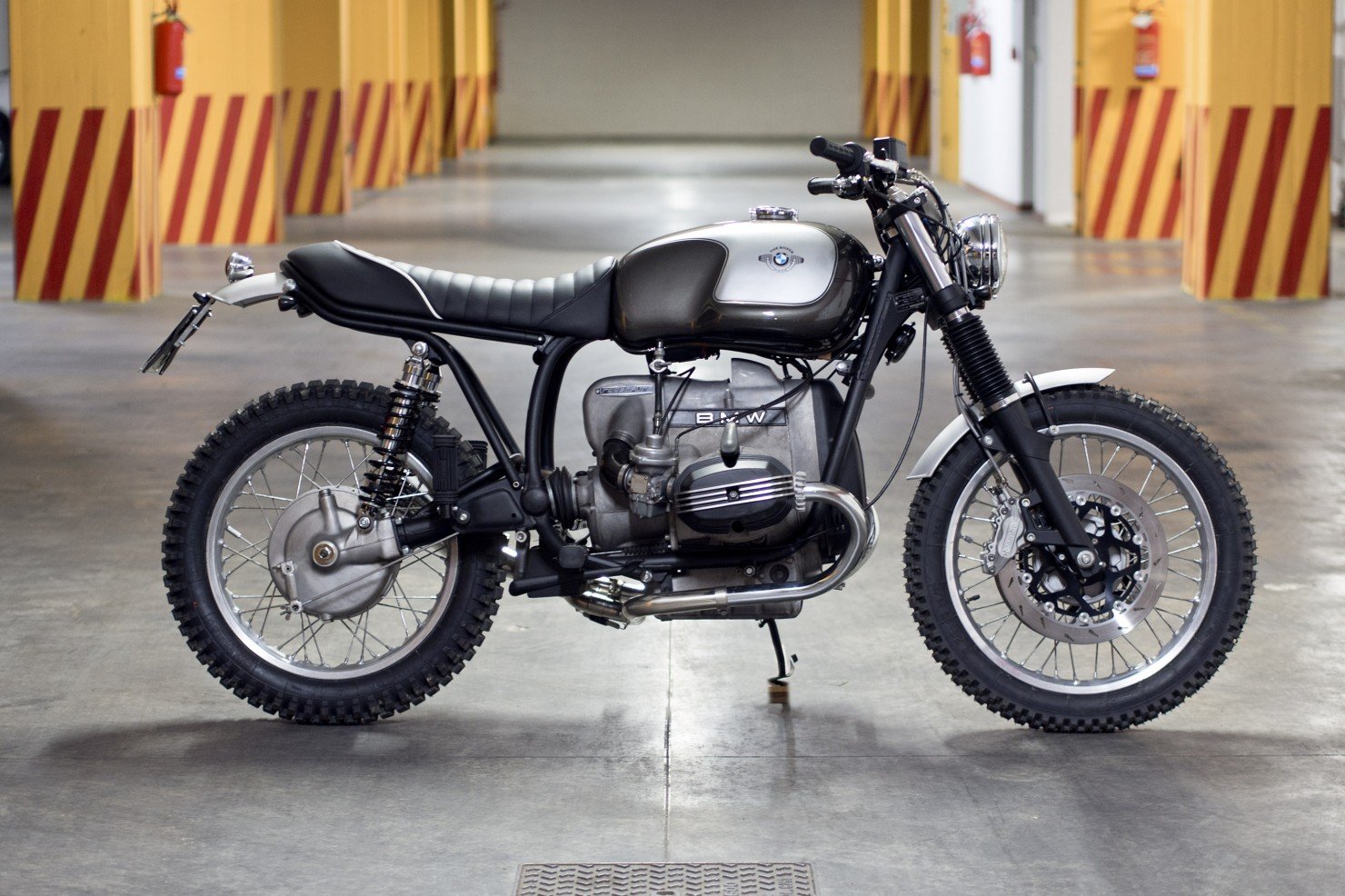 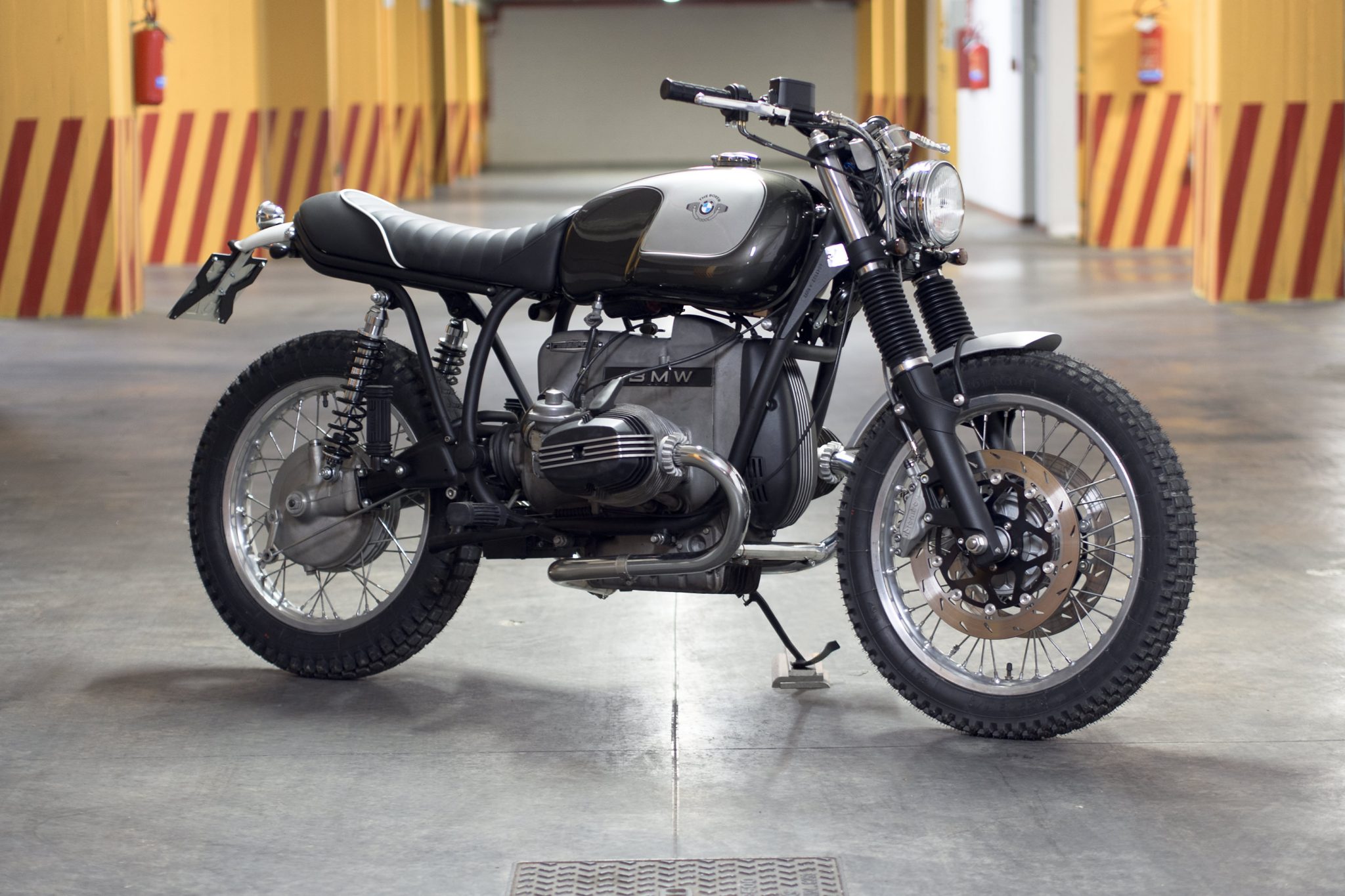