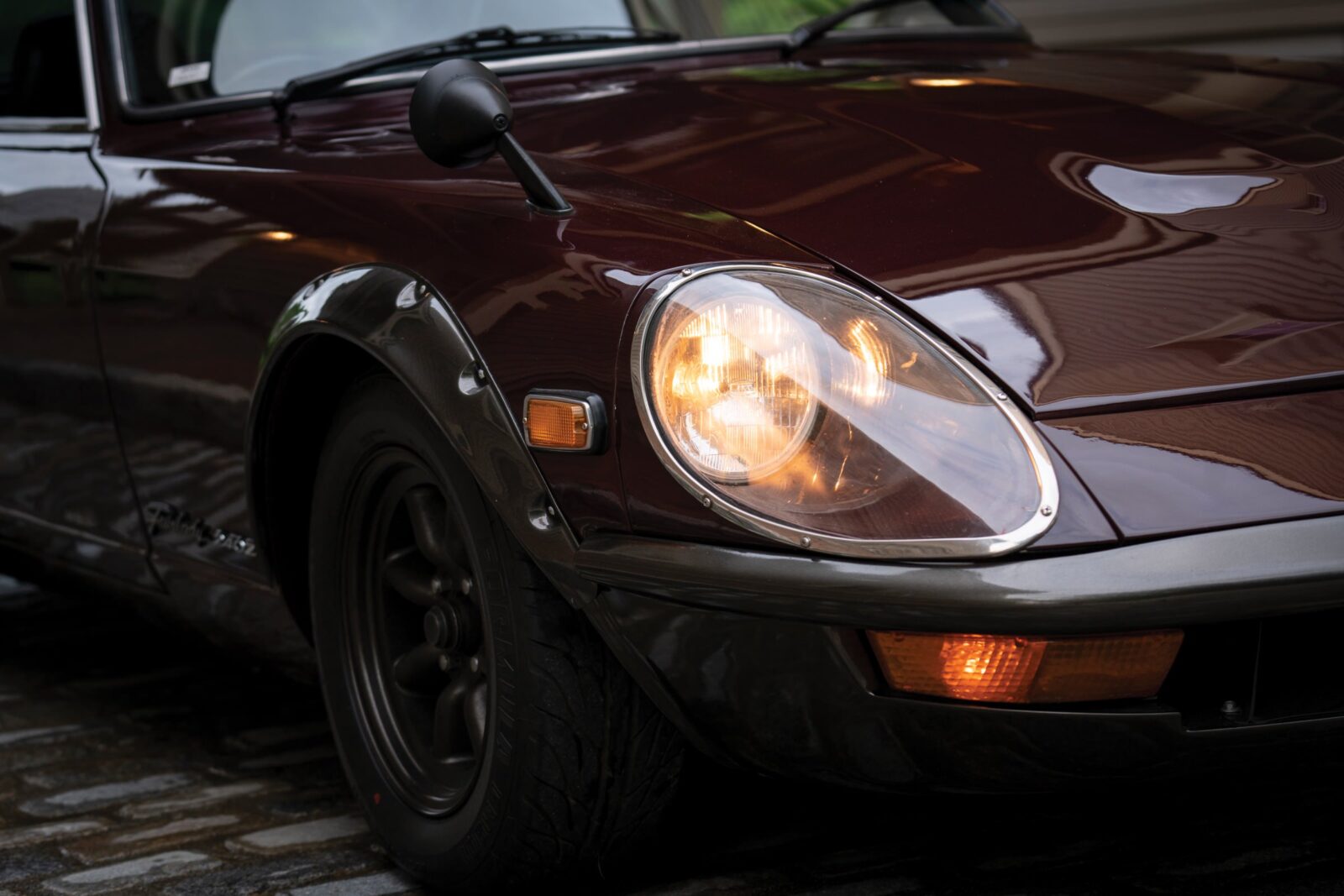 The Nissan Fairlady 240ZG was was released in Japan in October 1971 for one reason and one reason alone – to homologate the 240Z for Group 4 racing.

A series of changes were made to the 240ZG with the race track in mind, including an extended fiberglass “aero-dyna” nose for improved top speed and aerodynamics, riveted fender flares to allow the running of wider wheels and tires, a rear spoiler to reduce lift at higher speeds, aerodynamic headlight covers, and fender-mounted rear-view mirrors.

Nissan only offered the car in three colors to simplify the production process – Grande Prix Red, Grande Prix White, and Grande Prix Maroon. The “G” in “240ZG” stands for “Grande”, an indication perhaps of the grand tourer role the company hoped the model would fill. 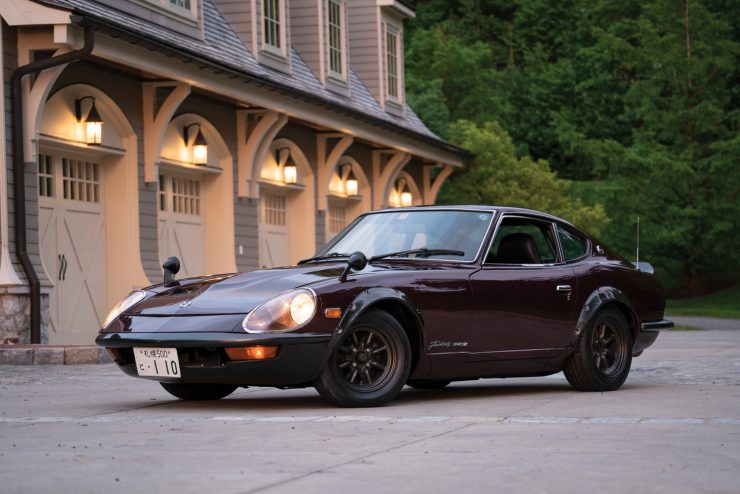 A number of features on the Nissan Fairlady 240ZG would become synonymous with the JDM scene, including the fender flares, headlight covers, and blacked-out RS Watanabe magnesium wheels. Although the 240ZG wasn’t the first to introduce any of these items, it did go a long way towards popularizing them in Japan.

The Nissan Fairlady 240ZG was never offered for sale outside Japan, though the aerodynamic nose kit was offered as a dealer option on the 240Z, this allowed it to be homologated for use in SCCA racing in the USA.

It was in 1972 that the 240ZG established its place in history, by winning the 1972 Fuji Grand Champion Series. The Datsun 240Z, Fairlady Z432, and 240ZG would go on to win a slew of races, furthering the work the Datsun 510 (also known as the Datsun 1600) had done establishing the marque as a builder of serious race cars. 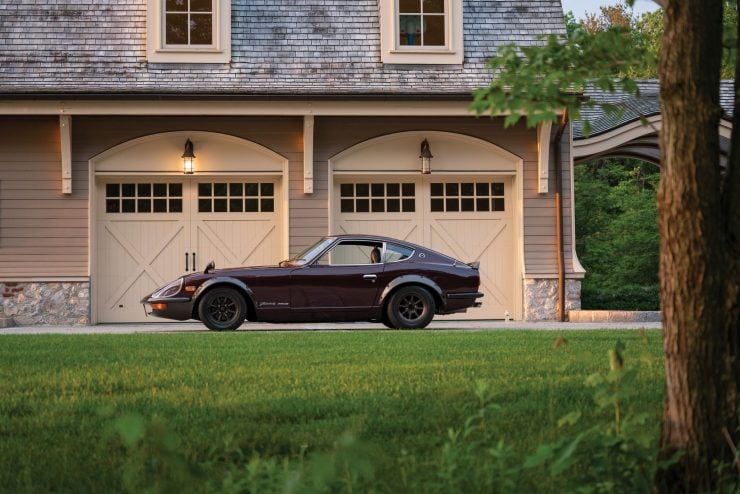 The car you see here is an all-original example that’s well-known among Japanese car collectors, it was originally delivered to a customer in the Shinagawa ward of Tokyo. In more recent years it’s had a thorough refurbishment including a respray in its original color – Grande Prix Maroon.

The interior of the car retains its original black vinyl upholstery, with a Datsun racing steering wheel in pride of place, and there’s a period-correct Nissan AM radio fitted. The fender rear vision mirrors, fender flares, rear spoiler, fiberglass “aero-dyna” nose, and headlight covers are all factory-correct.

The L24 inline-6 cylinder under the hood has a cast iron block and an alloy head, it’s a single overhead cam engine with two-valves per cylinder, a seven-bearing crankshaft, and a 9.0:1 compression ratio. The engine is fed by twin-SU-type carburetors and produces 151 hp at 5600 rpm with 146 ft-lbs of torque at 4400 rpm.

If you’d like to read more about this car or register to bid you can click here to visit the listing on RM Sotheby’s. It’s due to be auctioned at the Monterey Auction which will be held on the 24th and 25th of August. 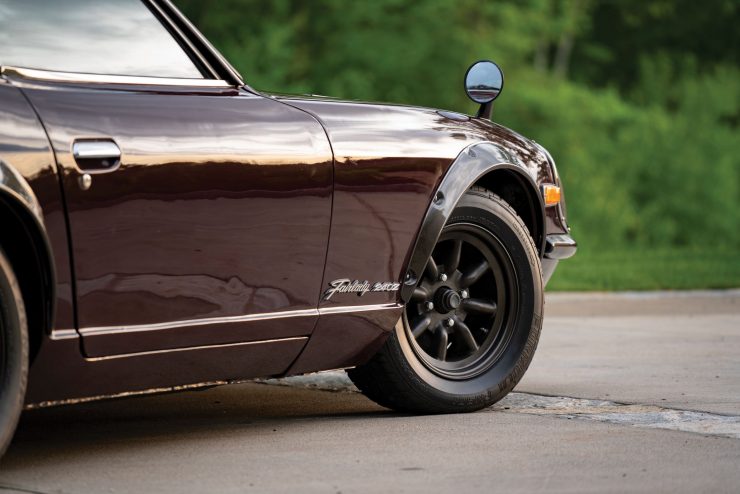 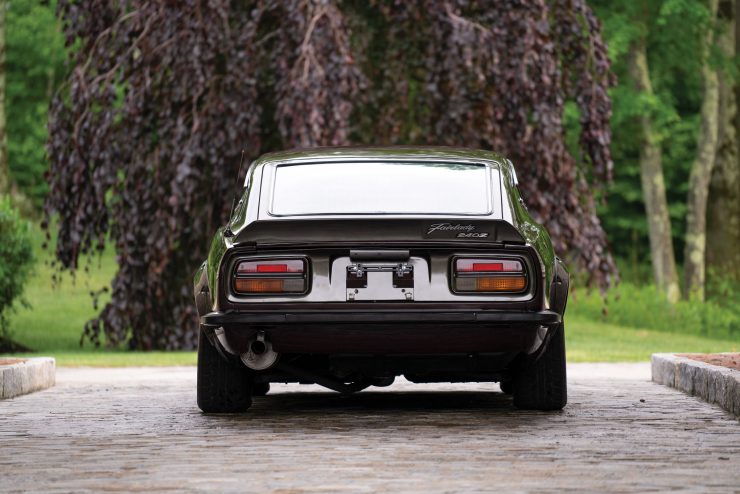 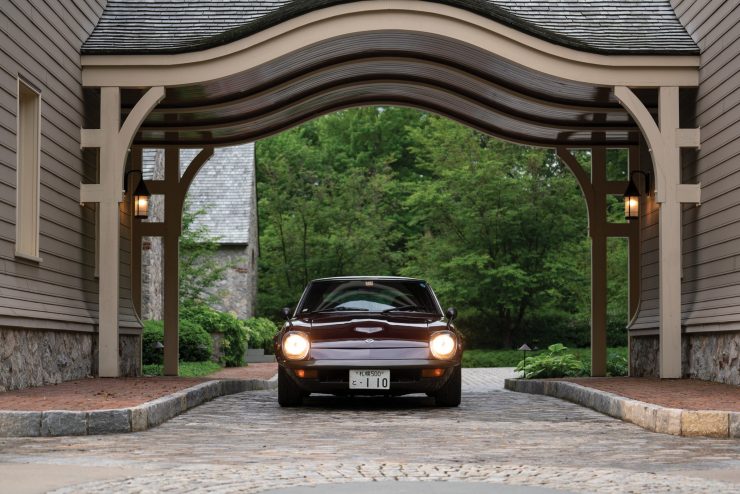 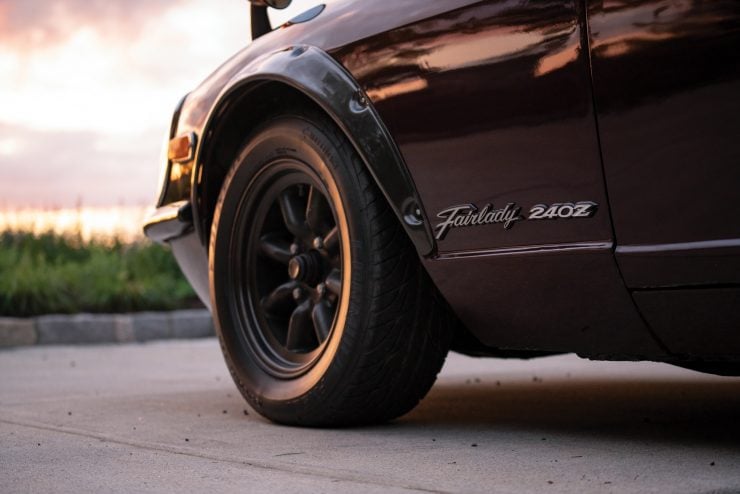 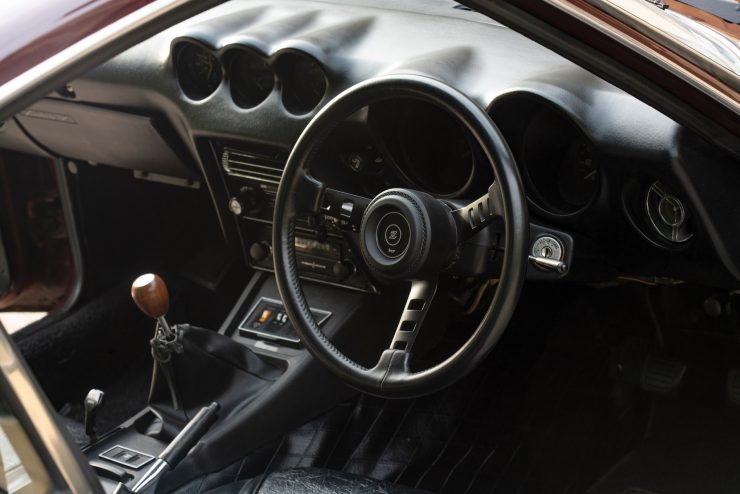 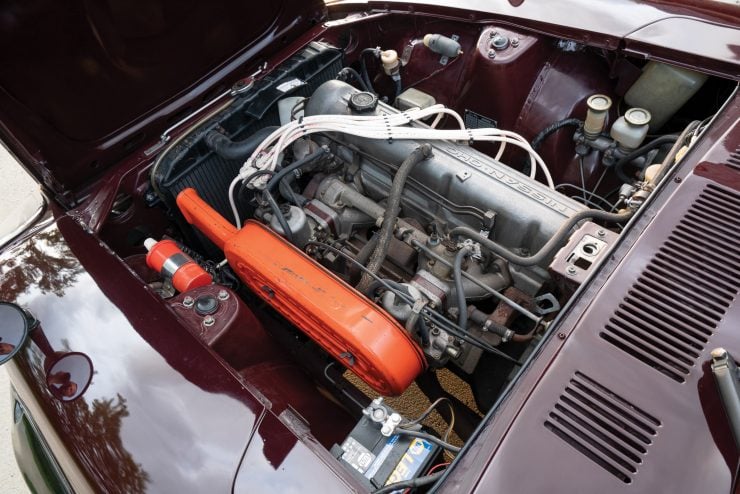 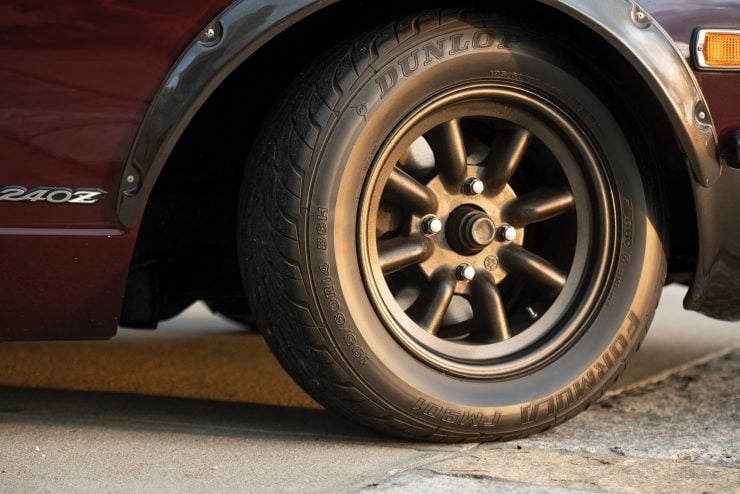 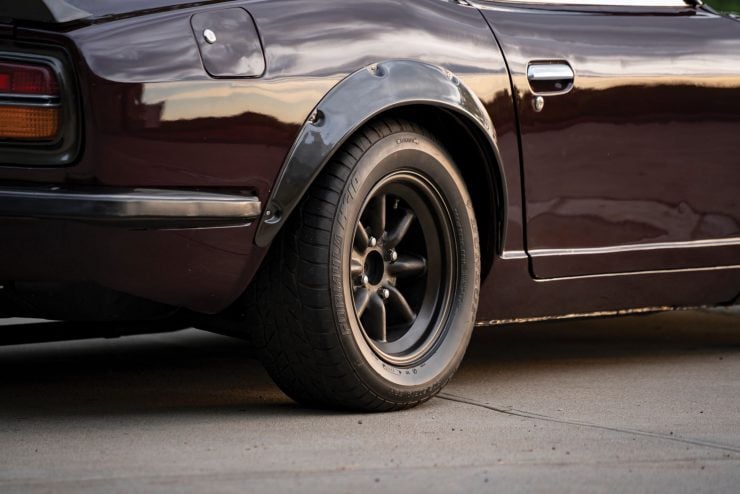 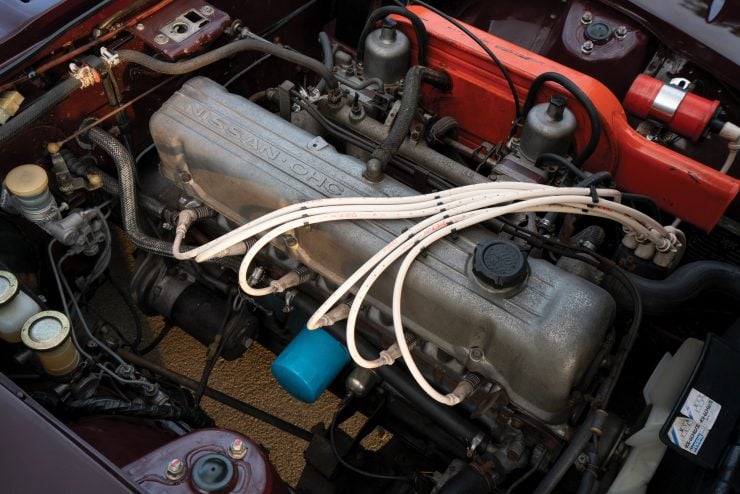 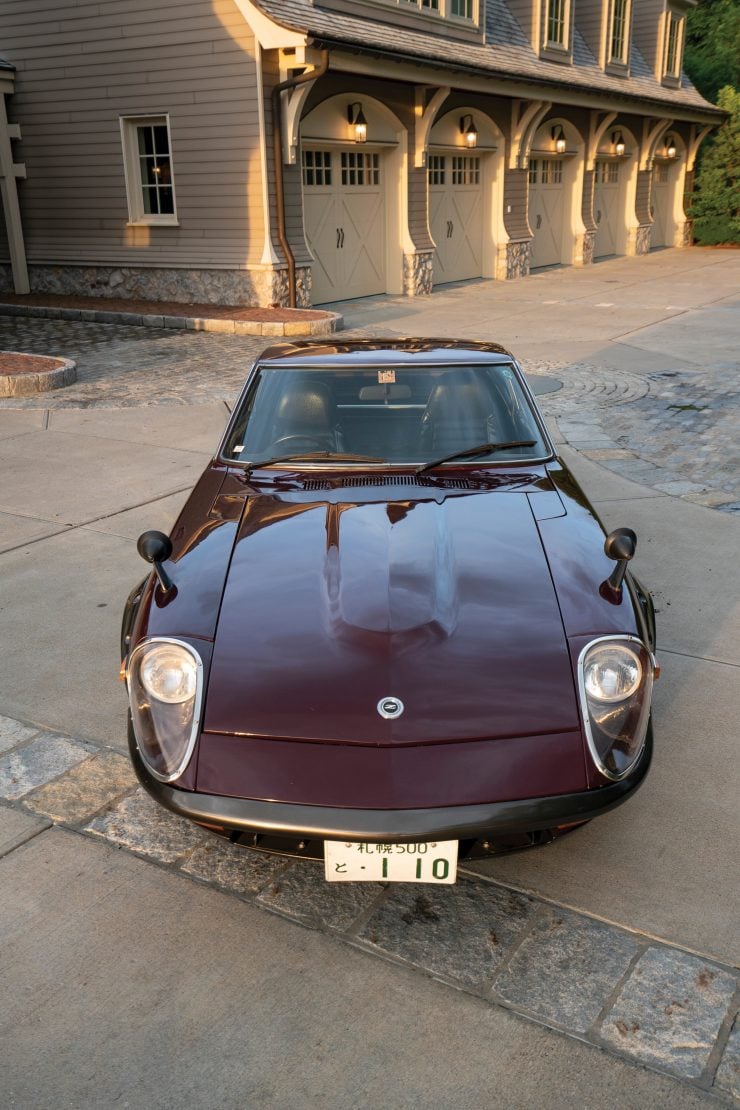 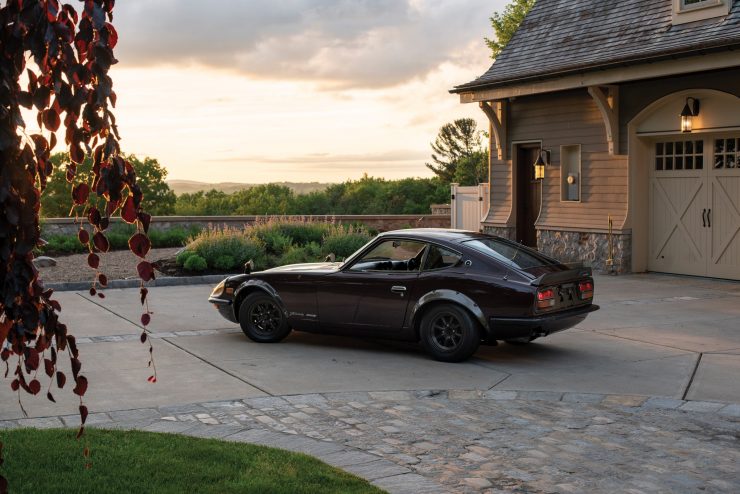 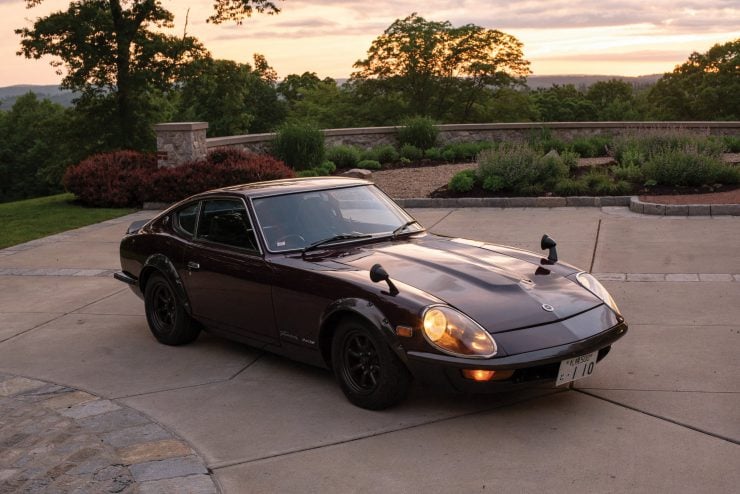 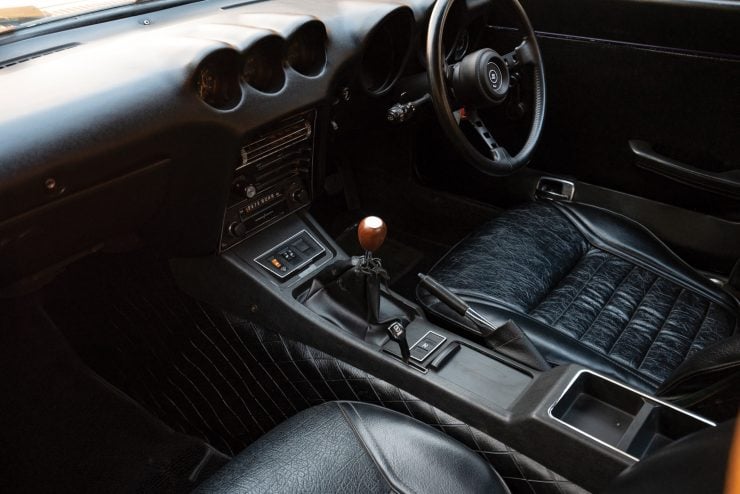 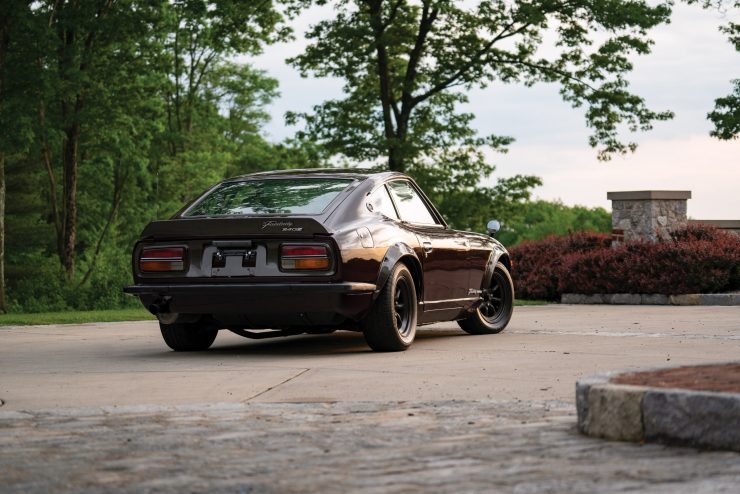 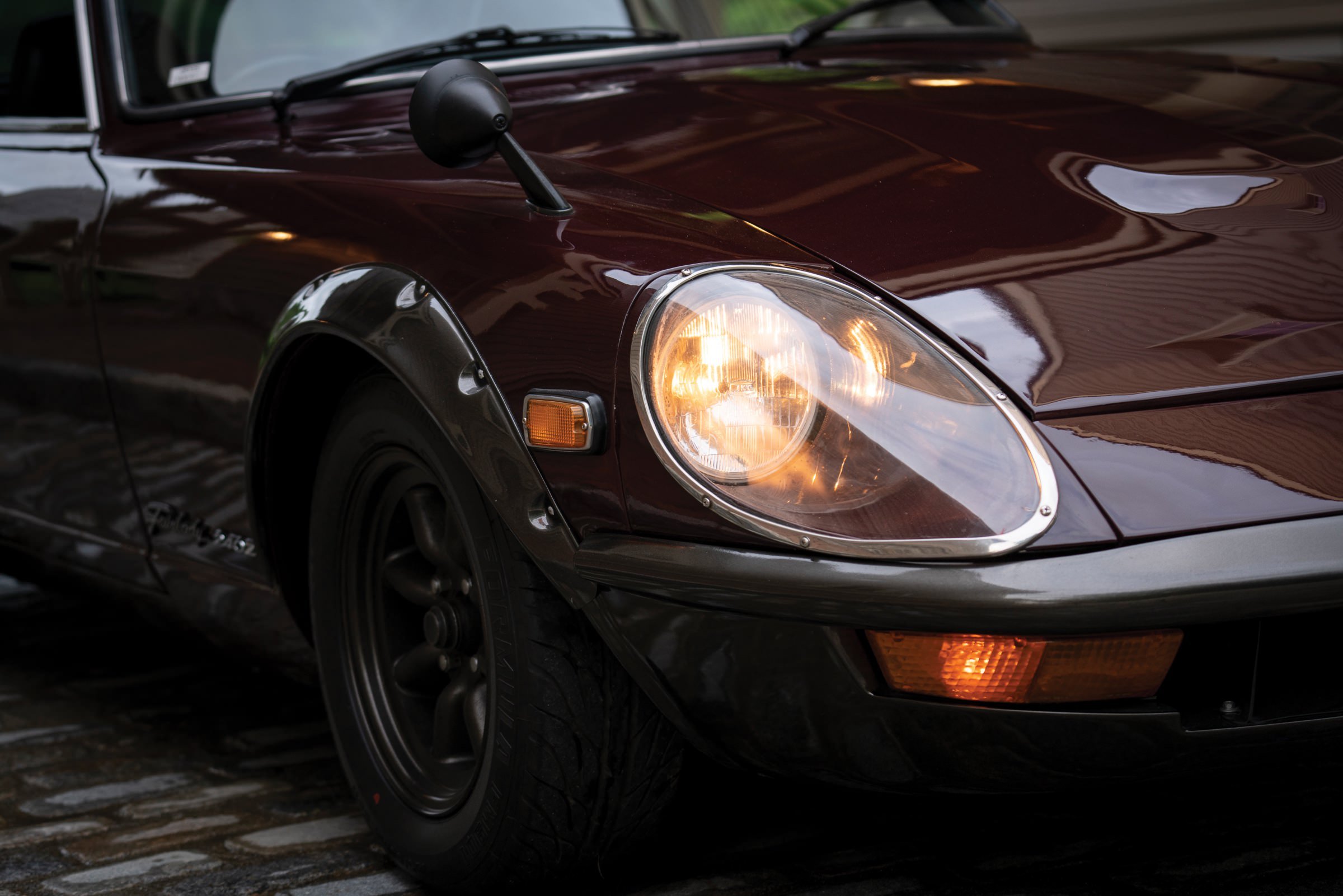