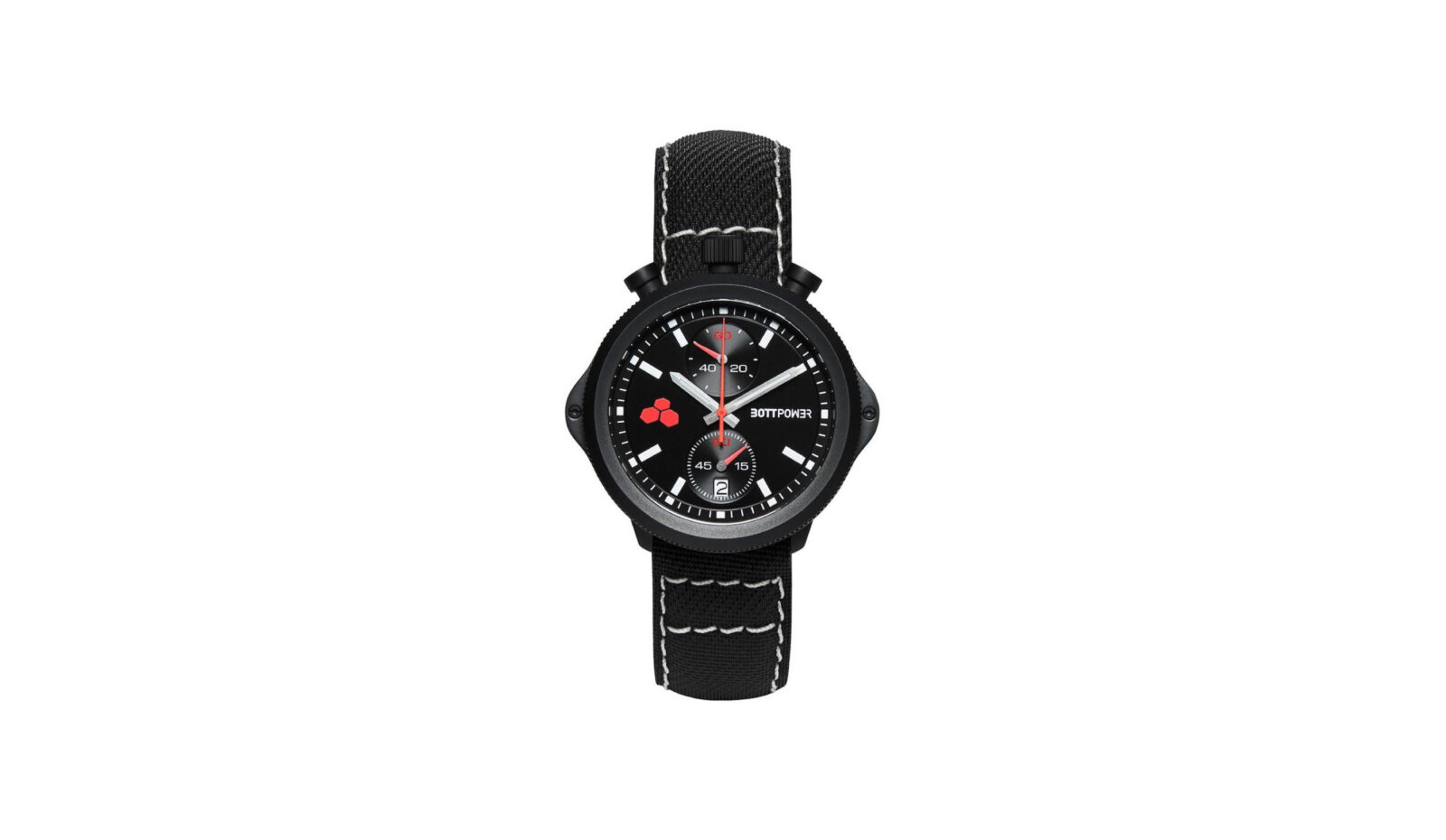 The new Bottpower Chronograph is the first watch released by Bottpower, the legendary Spanish company known for their astonishingly fast and advanced V-twin performance bikes that are based on the Buell XB series of engines.

Those Buell engines are themselves based on the Harley-Davidson Sportster 1200 engine, a motor whose original designers would never have dreamt in their wildest Peyote-fuelled fantasies would one day be capable of the performance figures extracted by Erik Buell and founder of Bottpower, David Sánchez.

David is a mechanical engineer with countless years of experience both in mechanical design and top flight motorcycle racing. He spends each racing season on the European Superbike circuit, and somehow finds time to run a custom motorcycle company that builds what are almost certainly the fastest Harley-derived bikes on the planet.

This new watch is the first timepiece from Bottpower, it’s been specifically designed for use by motorcyclists, with the crown and pushers located on the top of the dial at the 12 o’clock position to ensure they’re easily accessible when when wearing gloves and jackets.

Everything about the Bottpower watch was developed for function over form, though as is often the case this resulted in an aesthetically pleasing design. The PVD-GUN steel case has a 44.5 mm diameter with a 22 mm lug width, and it’s fitted with a mineral glass top showcasing the clean and easy to read dial.

Waterproofing was a key priority so the bottom has four screws and is O-ring sealed, and the crown has a pressurized double O-ring – resulting in water-resistance to 10 ATM. The movement is the borderline bulletproof Japanese Miyota 6S21, a quartz movement with a 3+ year battery life.

When placing your order you can choose from either a waterproof black strap with white stitching made from the advanced Lorica material with industry leading fire and electrical arc protection, or an Italian-made black leather strap – neither choice increases the price of €426. 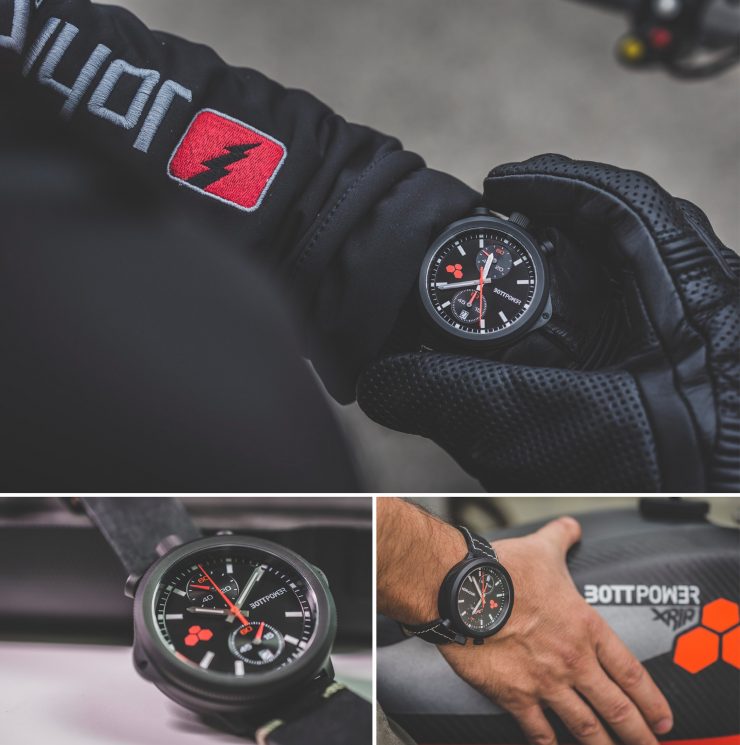 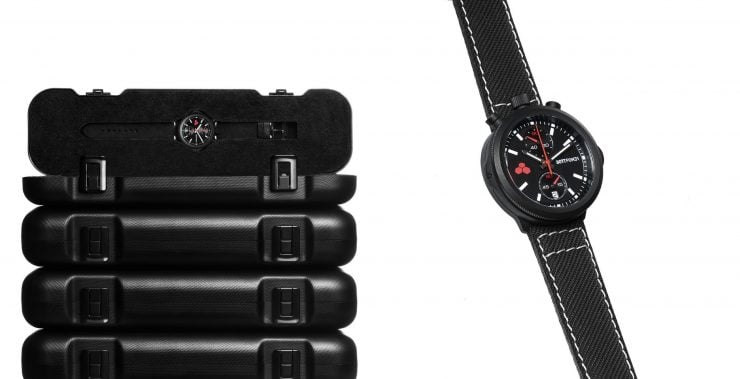 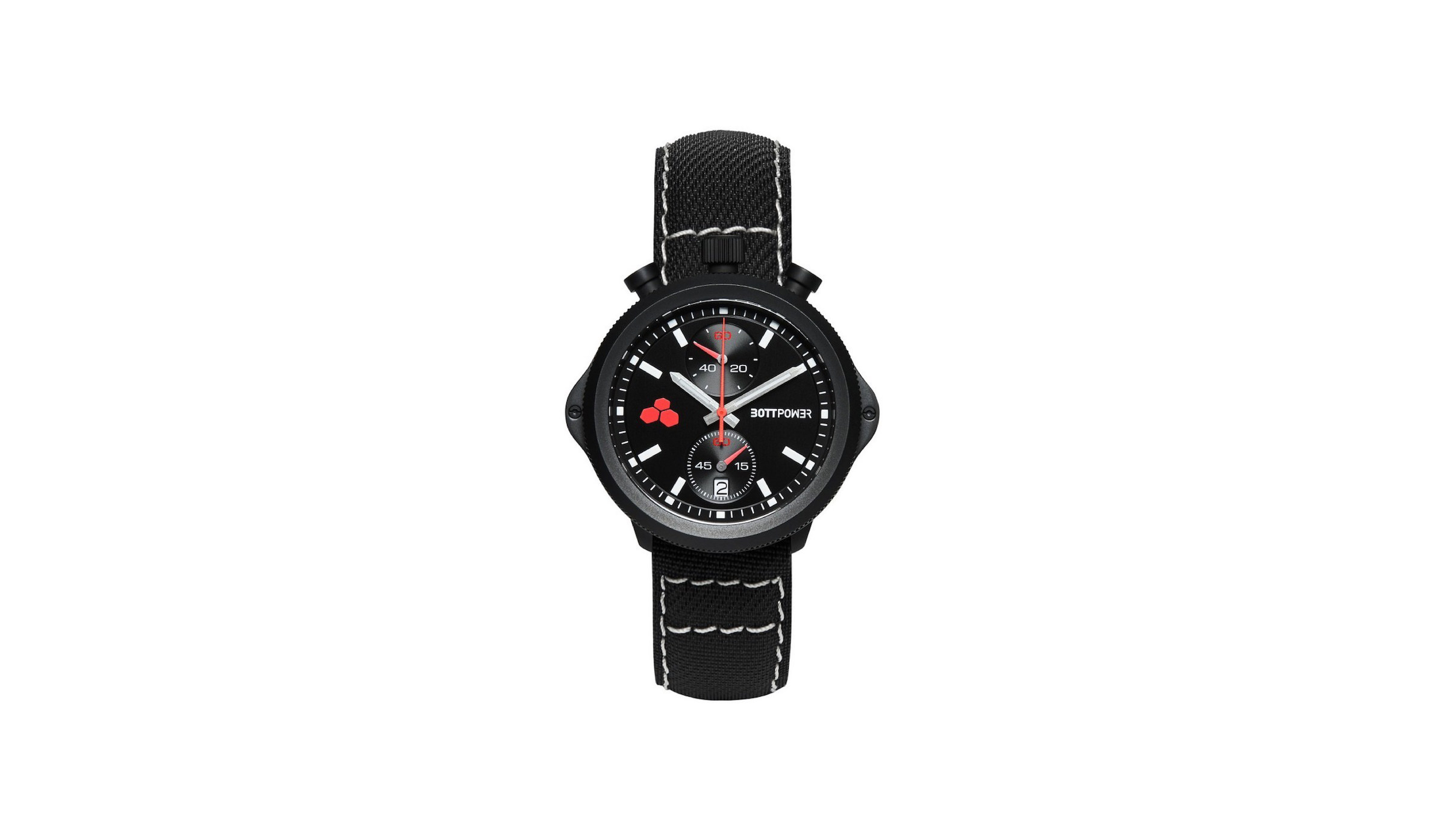