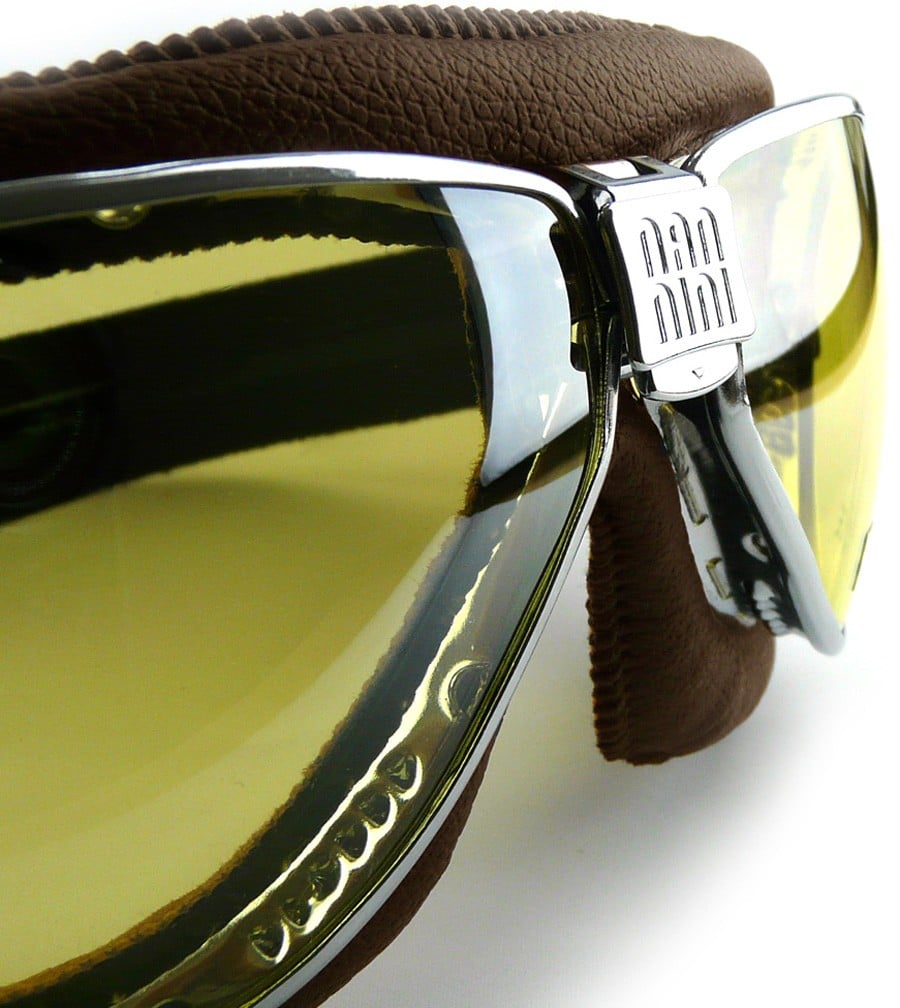 Nannini is a small Italian company that builds some of the finest goggles you’ll find anywhere in the world, each pair is handmade using soft leather and this goggle, their TT model, has a beautiful aviator style lens. All lenses are 100% UV proof and they’re interchangeable so you can switch between day and night mode on the go.

They’re designed for motorcycle use but once you finally get around to buying that WWI Sopwith Camel you’ll be able to use them in that as well, white scarf optional.

Check them out here via Halcyon Classic Parts.

This is an original Arova-Porsche 212 Skibob, for the uninitiated it’s essentially a bike with skis…

These are the new Moto Leggings Pro by Italian company Spidi, they were designed to give…