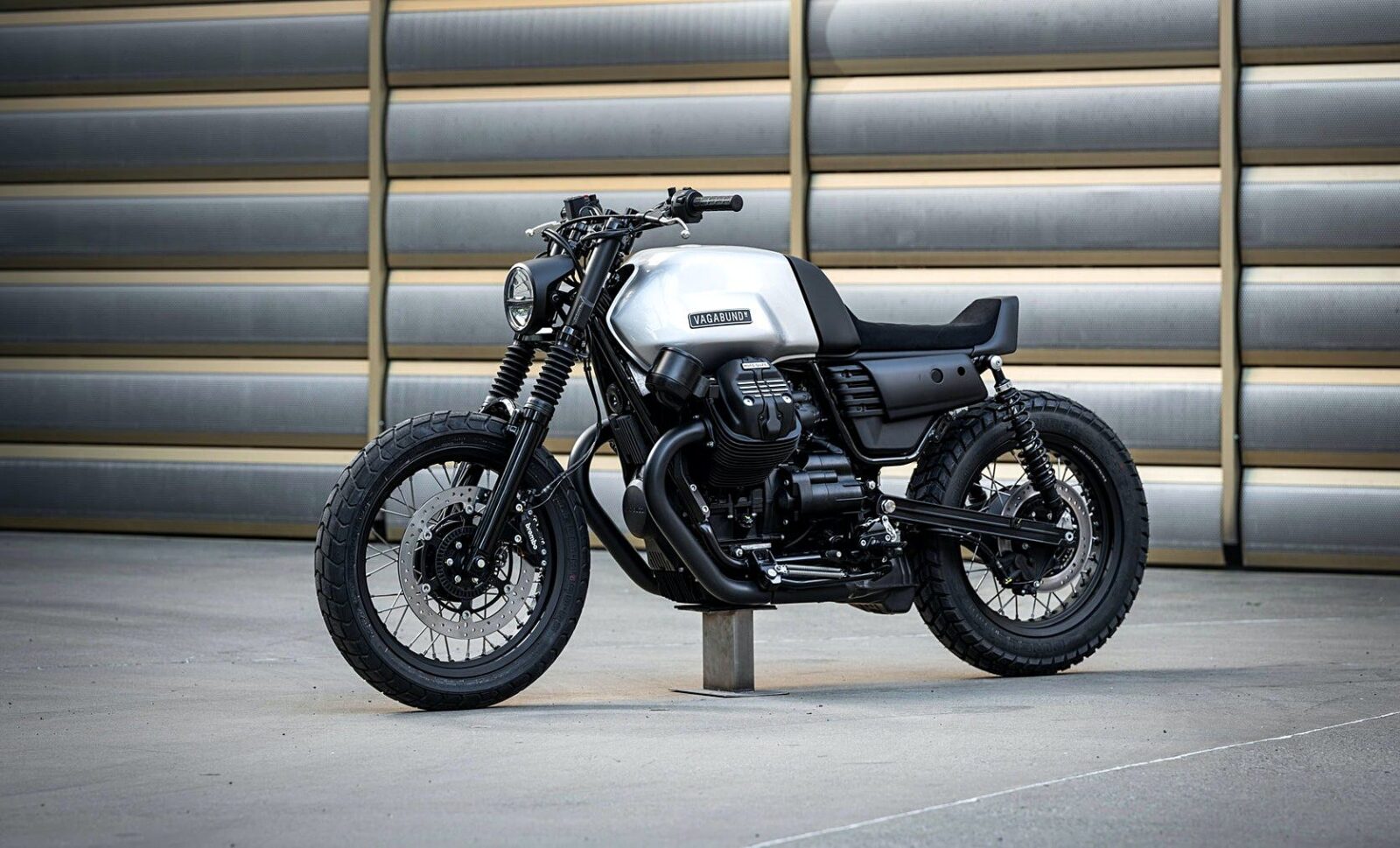 This is a Moto Guzzi V7 III that has been comprehensively rebuilt by the Austrian team over at Vagabund Moto, a European custom motorcycle garage with a global reputation.

This build began when the owner of this bike, a relatively new 2019 V7 III, approached Paul and Philipp at Vagabund and started a conversation about what they could do with it to make it a little more unique.

The Moto Guzzi V7 III is one of those modern motorcycles that very deliberately looks like it could have been built decades ago.

Some call them retro and some call them modern classics, at the end of the day they’re motorcycles designed for people who aren’t drawn to modern bikes for one reason or another. 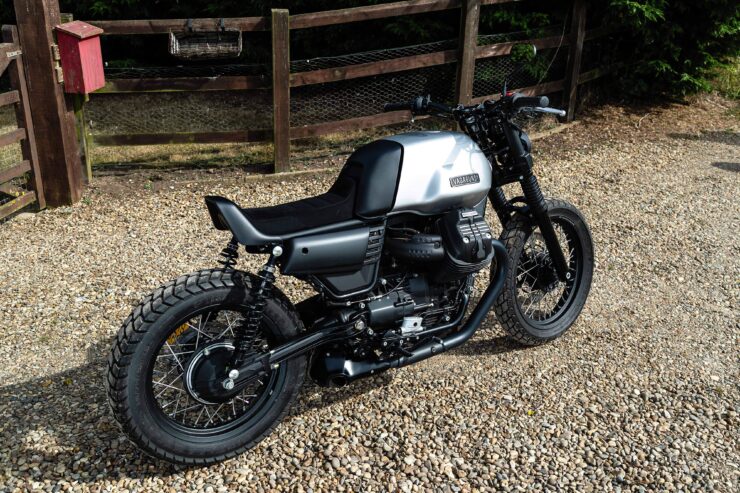 This Moto Guzzi custom has excellent fit and finish, looking like it could be an official concept bike.

The modern classic sector of the global motorcycle marketplace is booming and it has been for years, decades even, with bikes like the V7 III being a common sight on the streets of cities from Sydney to San Diego.

When Moto Guzzi released the first V7 back in 1971 they had no way of knowing that the model line would still be in production 50 years later, albeit in completely revised form. The V-twin used in those first V7s was based on a design created by Italian engineer Giulio Cesare Carcano that was originally intended for automobile use – in the back of a sporting version of the Fiat 500.

Sadly the engine was never used due to the factory’s inability to meet the required production volume, but its displacement would be increased to 754cc so it could be used in the unusual three-wheeled, three-wheel drive Moto Guzzi Autoveicolo da Montagna 3×3.

Not long after this, Italy’s Highway Police launched a tender for a new motorcycle that could cover 100,000 kms with the lowest maintenance costs. As Carcano’s twin-cylinder engine has originally been developed for the rigors of automobile use it was perfectly suited to the challenge.

As a result of this police tender, the first Moto Guzzi V7 prototypes were developed in the mid-1960s and in 1966 mass production of the new motorcycle began. Over the following years a number of different versions of the V7 were built including the popular V7 Ambassador and the V7 Sport. 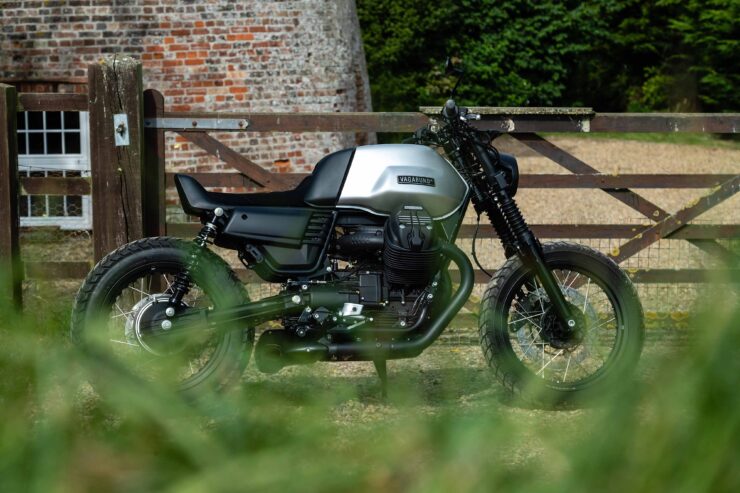 The style of the bike was designed to mix the classic cafe racer and scrambler genres.

When the two-man team at Vagabund Moto were contacted by the owner of this 2019 V7 III they saw an opportunity to work with a different kind of twin cylinder motorcycle – many of their previous builds have been based on air-cooled BMW boxers.

For this build they wanted to stick close to their minimalist design aesthetic while also bringing out the best in the Italian V-twin. It was decided to go for a hybrid approach somewhere between the stripped back design of a modern cafe racer and classic scrambler styling, with a more upright seating position and chunky tires.

Vagabund Moto designed and 3D printed a new tail section, fork covers, and a headlight housing. A Shin Yo LED brake light was added in the rear in between dual Bitubo shock absorbers and above the new exhaust with a modified BMW R100R pre-silencer.

A new Alctanara-trimmed seat was created and installed alongside the modified fuel tank. The completed bike looks like it could be an official Moto Guzzi concept bike from a show like EICMA, and the owner has now decided to sell it.

Collecting Cars is currently offering this one-of-a-kind Moto Guzzi for sale in a live online auction (at the time of writing), and you can click here of you’d like to read more about it or register to bid. 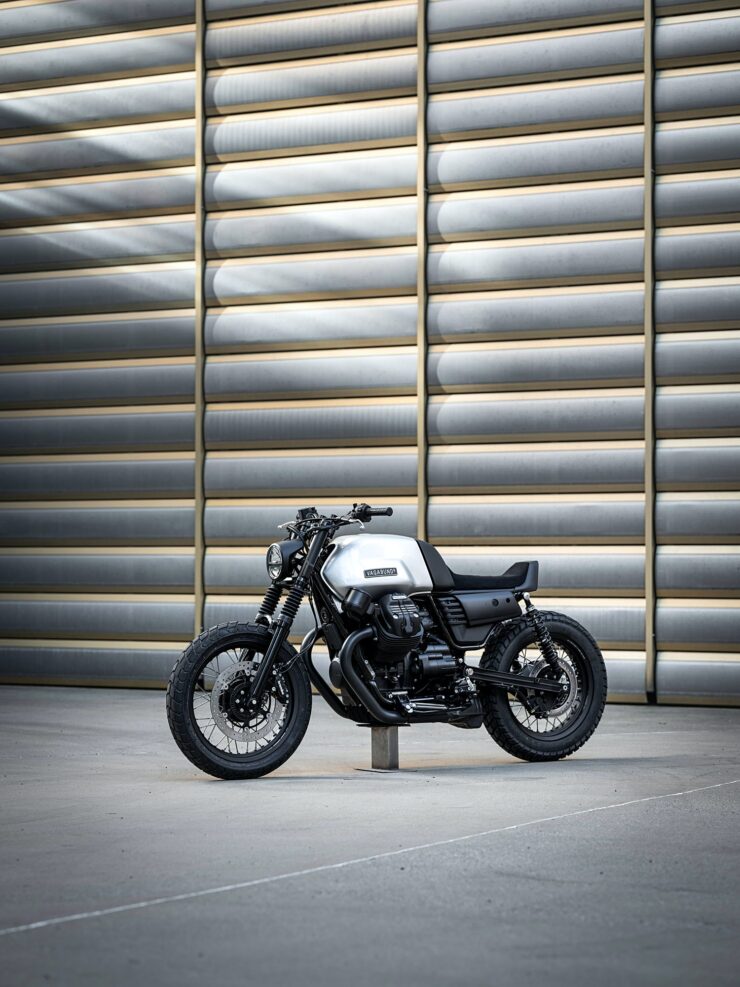 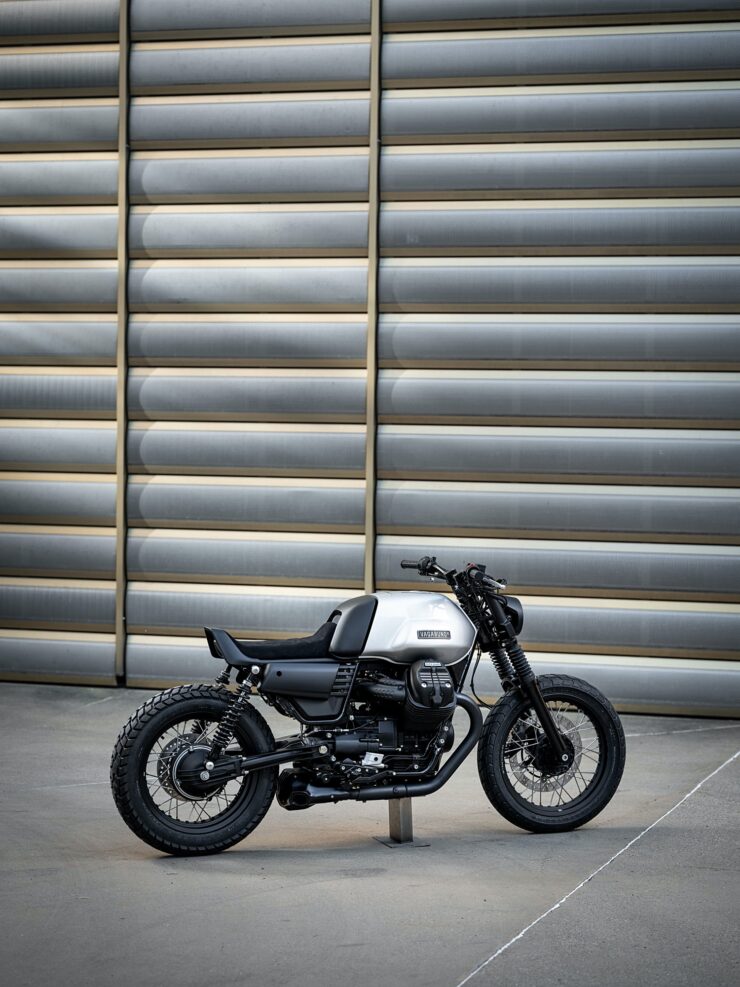 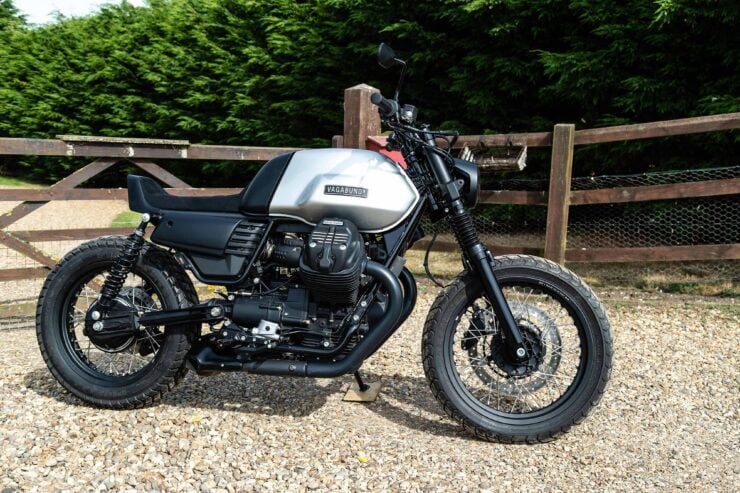 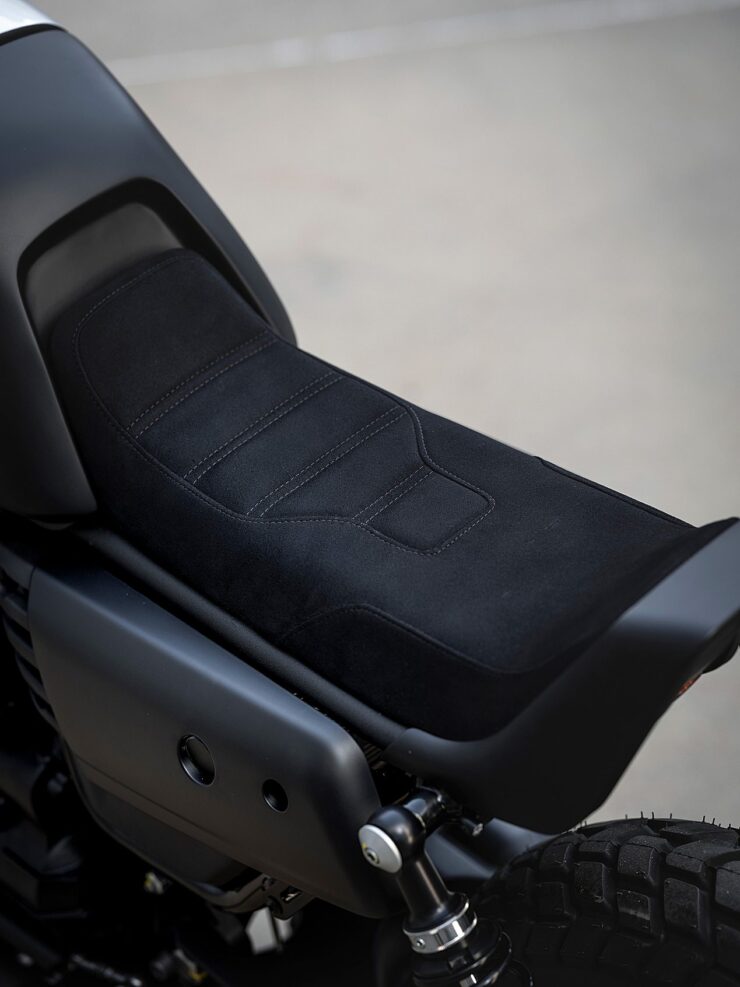 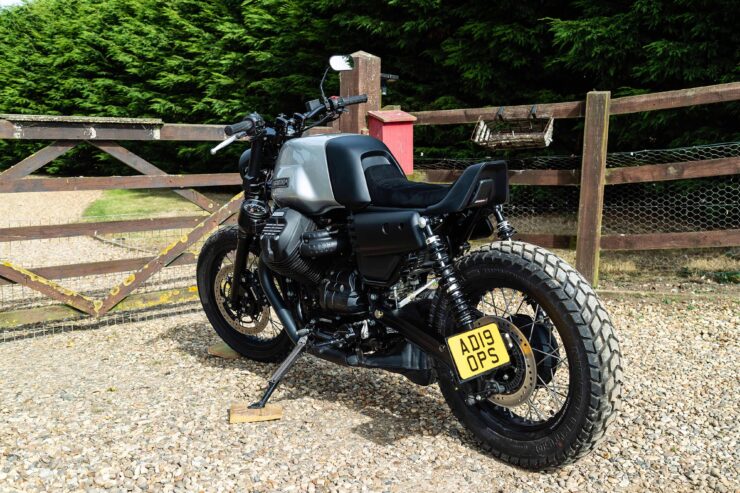 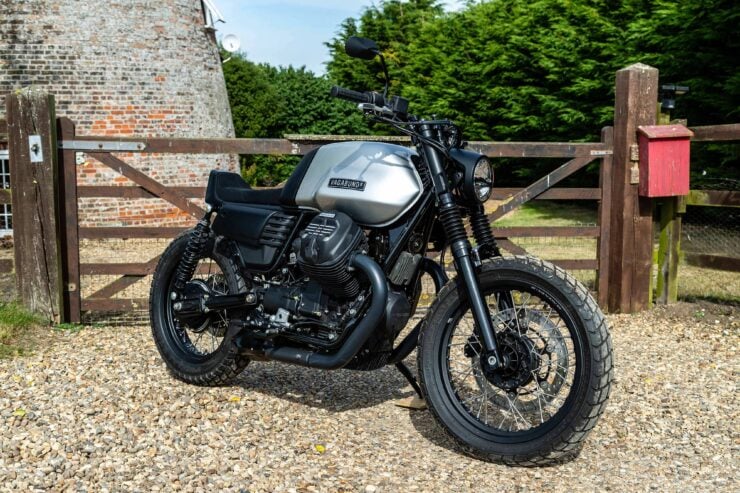 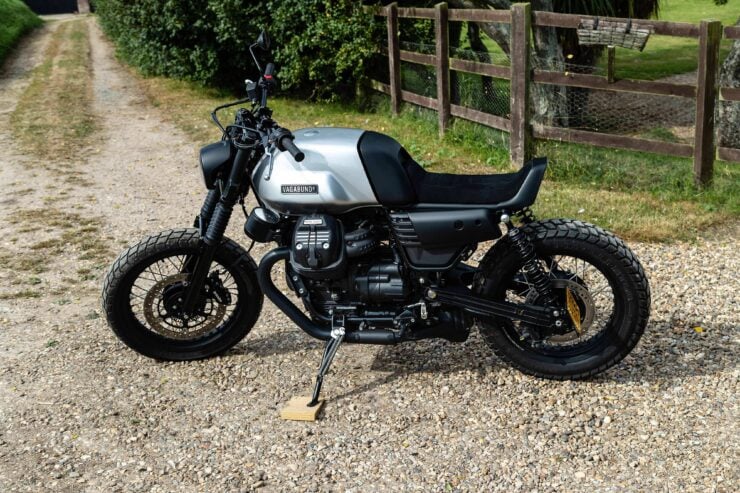 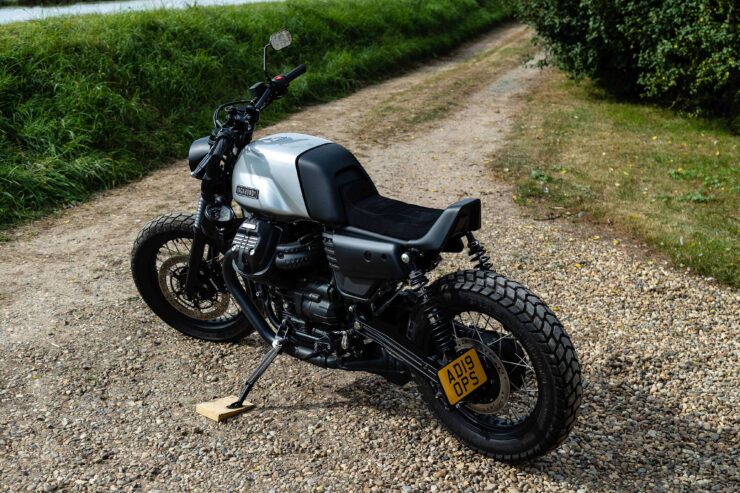 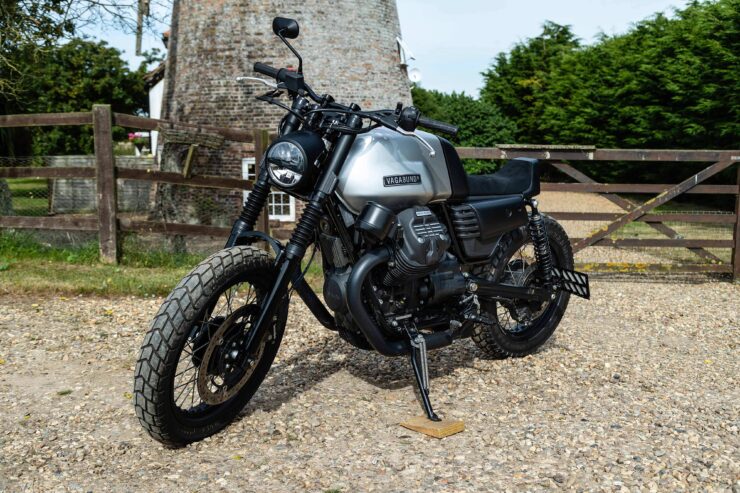 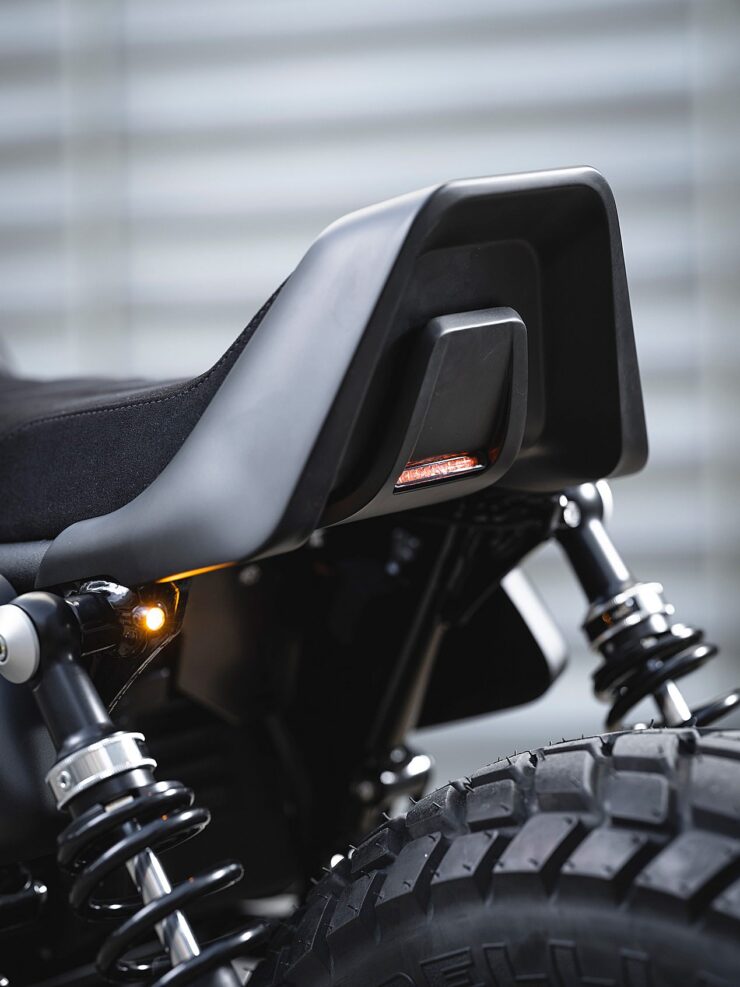 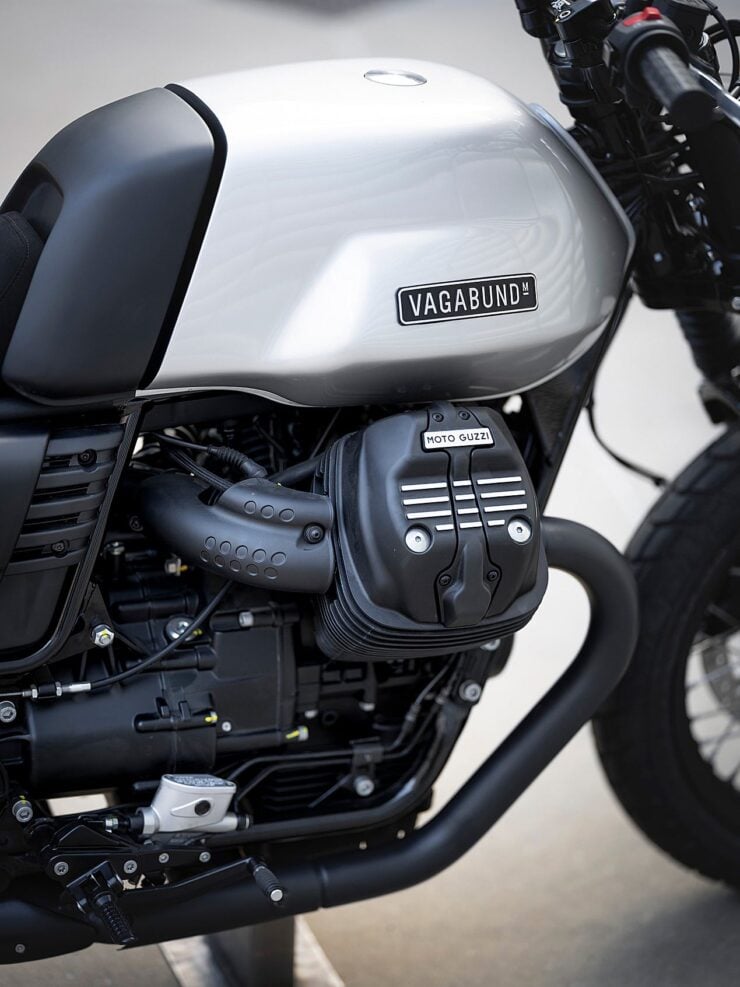