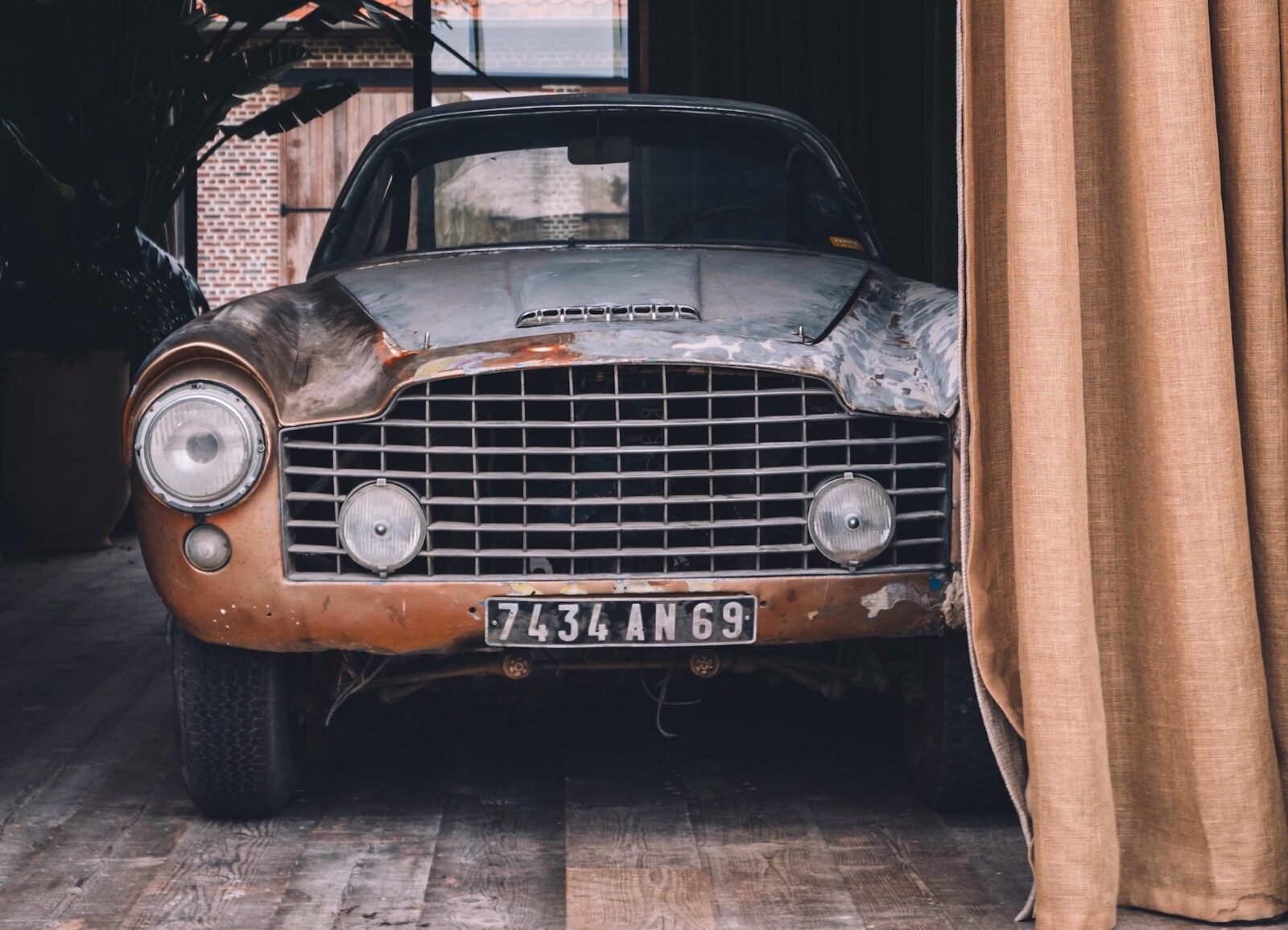 It’s believed that just four examples of the Jaguar XK140 were bodied by Ghia, an Italian coachbuilding firm responsible for some of the most beautiful cars of the era.

Of the four cars that had bodies built by Ghia this one is the most unique as it features modernizations applied by Ghia after it was initially built – the grille was changed in 1956 and then in 1959 after some front end damage the front of the car was redesigned – leaving it looking distinctly different from its siblings.

The Jaguar XK140 had big shoes to fill when it was introduced in 1954, the earlier Jaguar XK120 had been the fastest production car in the world when it was first offered to the public in 1948, and it boasted celebrity owners including Clark Gable – arguably the biggest movie star in the world at the time. 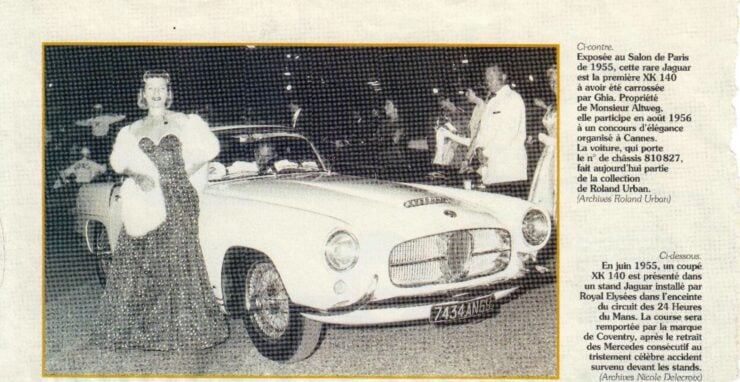 This is how the car looked originally, before the front was redesigned in 1959.

Rather than attempting to reinvent the wheel with the development of the XK140, Jaguar engineers and designers instead focussed on improving the minor flaws in the XK120. The suspension and brakes were improved, the engine was tweaked for a little additional power, and the body was slightly modified to make room for taller drivers.

Perhaps the only downside to the XK140 was this conservative approach to modifying the design, the automotive world had moved a long way since the 1940s when the XK120 was designed, the XK140 did appear a little dated to some.

As is always the case, the car looked fantastic to many others and the model proved to be such a success for Jaguar that they would release another model in the series with similar design later, the XK150 first released in 1957 and sold until 1961 when it was replaced by the E-Type.

In the 1950s you could order your new XK140 as either a roadster, a drophead coupe, or a fixed head coupe. The roadster has a simple folding roof, the drophead has a more substantial folding roof offering better weather protection, and the fixed head is a tin-top coupe. 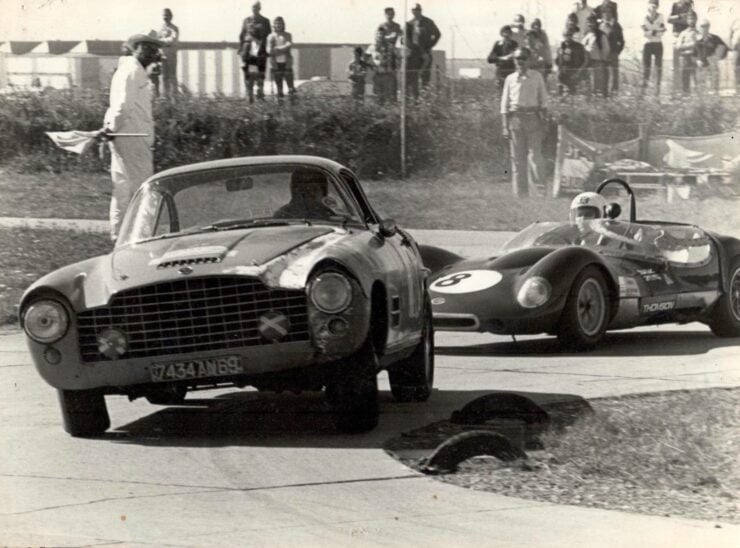 From 1969 onwards the car was raced extensively in vintage competition, turning in good results in part due to the light body and high-performance 3.8 liter XK engine.

Both manual and automatic transmissions were offered, this was a first for a Jaguar sports car and helped make the car more approachable for people who typically shied away from dealing with clutches and manual shifting.

The XK140 is capable of a top speed in the region of 125 mph and the 0 to 60 mph time is 8.4 seconds, both highly respectable figures for the mid-1950s – as you may expect from an automaker who already had a slew of Le Mans wins under its belt in the 1950s, all using a modified version of the same straight-six 3.5 liter XK engine.

One benefit of the body-on-chassis design of the XK140 was the fact that it could be ordered as a powered rolling chassis and sent off to a coachbuilder for a custom body – typically in Italy. Ghia and Zagato both built their own bodies for the model, and both were vastly different from the body offered by Jaguar.

The Ghia bodies were designed by Giovanni Michelotti, a man who would become one of the most influential automobile designers of his age. Interestingly he would design dozens of British cars over subsequent years.

Unlike the original Jaguar XK design, the Michelotti body was distinctly Italian, looking perhaps more like a Maserati from the era than anything made in the British Isles. 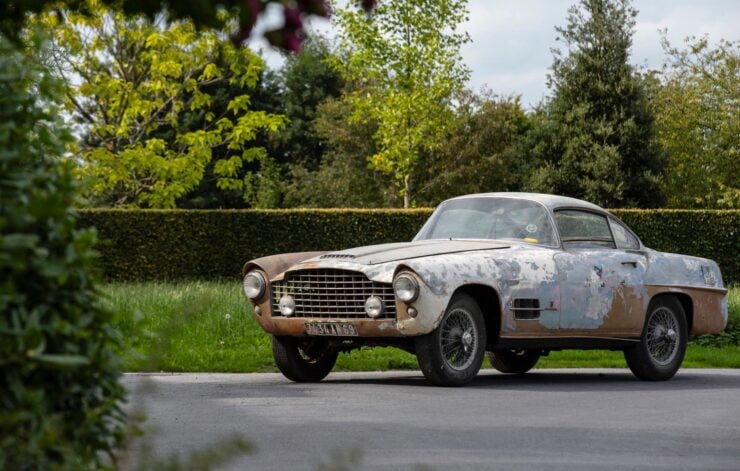 This is how the car looks now, after spending the better part of 40 years in a garage and only coming to light recently.

The car you see here is one of these four Ghia-bodied vehicles but unlike the other three, this one returned to Ghia after a minor accident in 1959, as mentioned above, and received a new more modern front end.

These Ghia-bodied cars were made from aluminum alloy rather than the stamped steel used by Jaguar, alloy being a common coachbuilding material as it’s easier to work by hand and it results in lighter vehicles. In this case the Ghia XK140 weighs 100 kilograms or 220 lbs less than the equivalent XK140 production car.

In 1969 the car was bought by a new owner who wanted to take full advantage of this slightly lower weight and the racing heritage of 1950s Jaguars. He had a high-performance 3.8 liter Jaguar XK engine fitted, with a D-Type head and triple twin-choke Weber carburetors offering notably increased performance.

He then raced the car extensively from 1969 onwards in historic events, wining races at circuits like Monza, and even beating a Ferrari 250 TDF on one occasion.

If you’d like to read more about this unusual British/Italian Jaguar or register to bid you can click here to visit the listing. 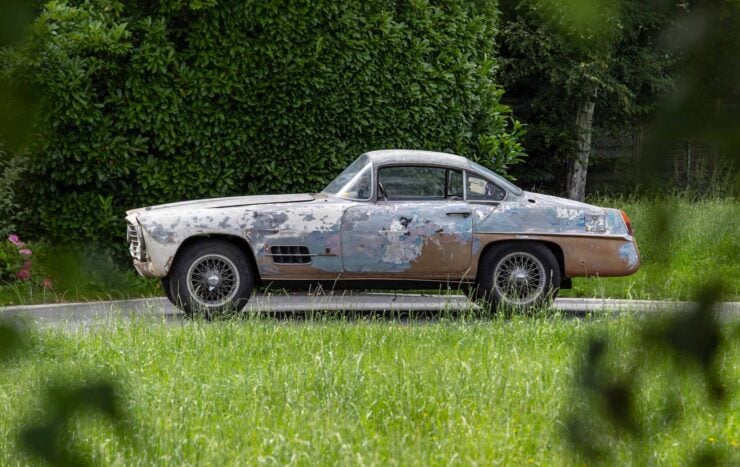 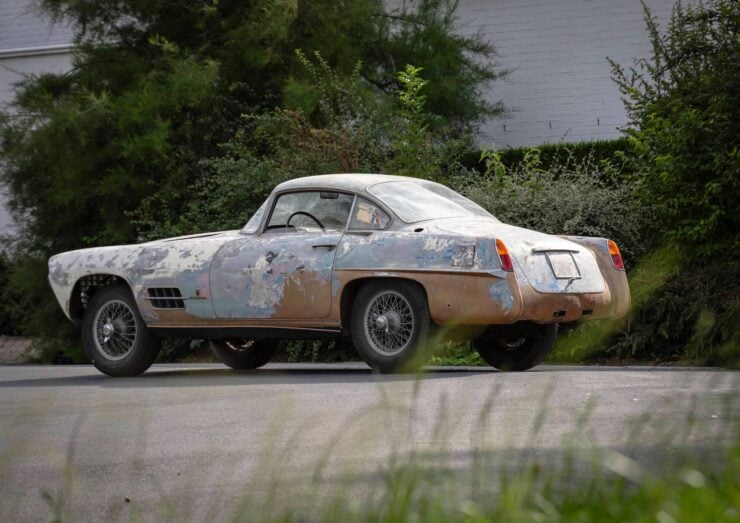 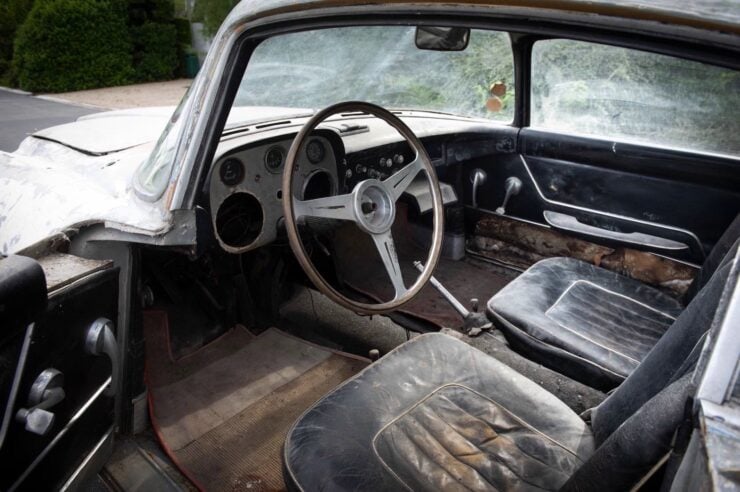 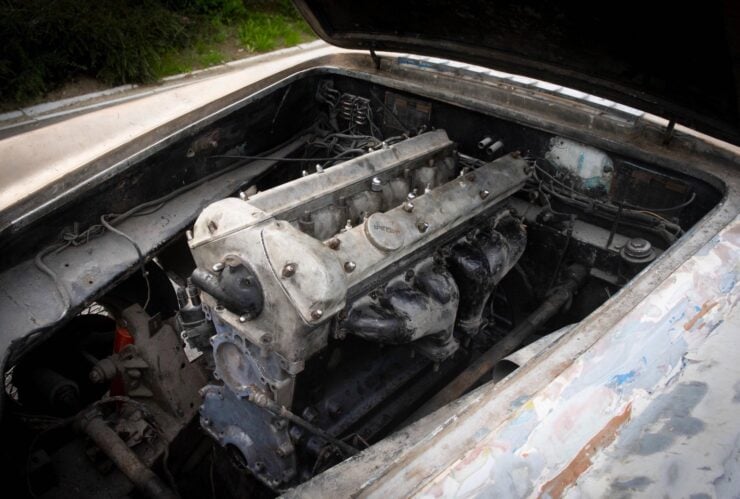 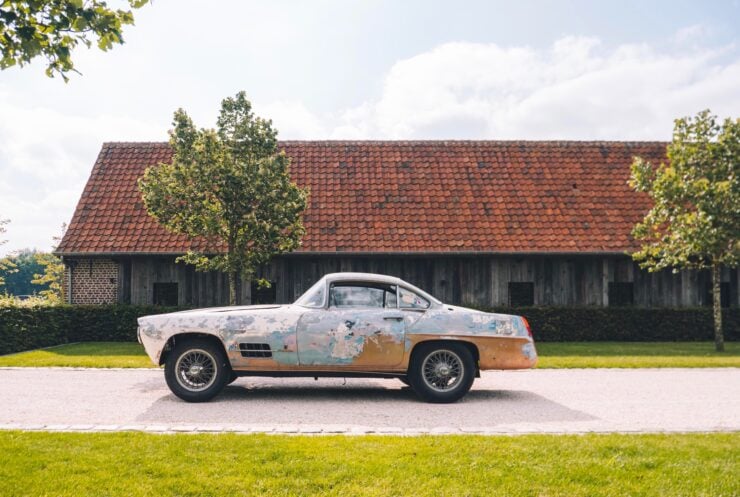 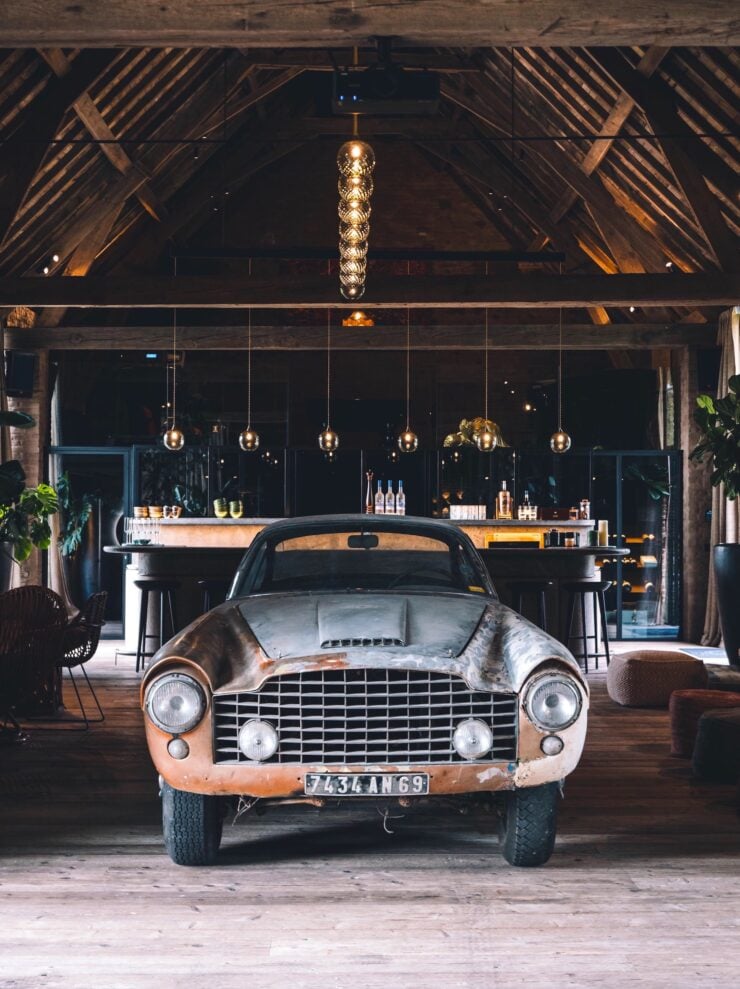 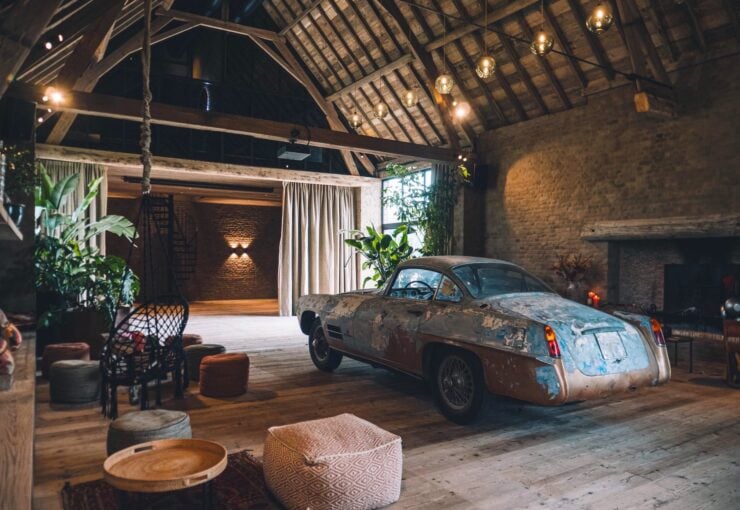 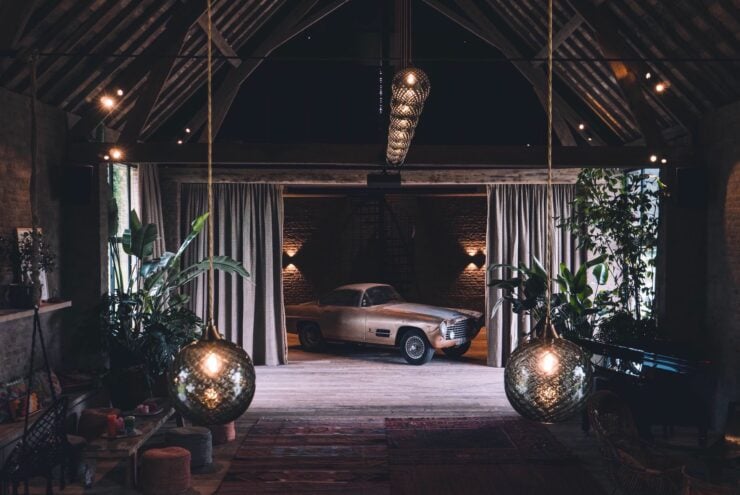 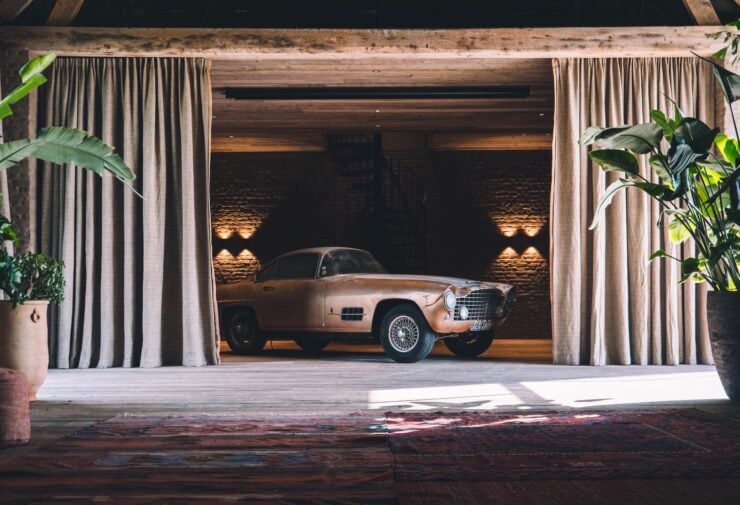 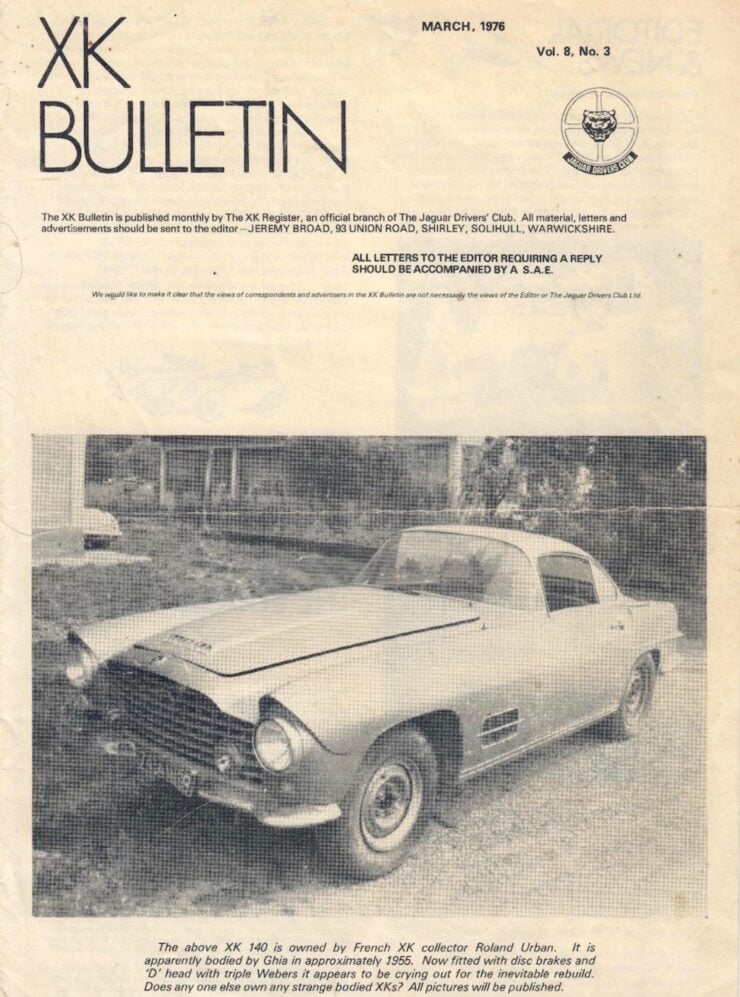 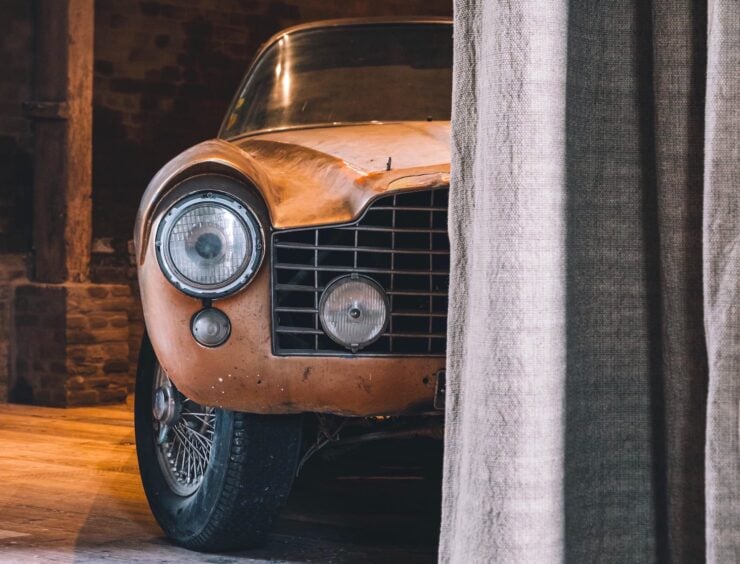 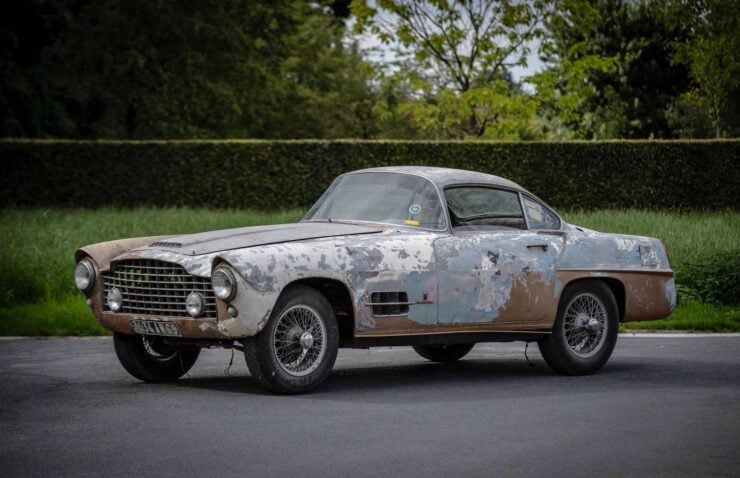 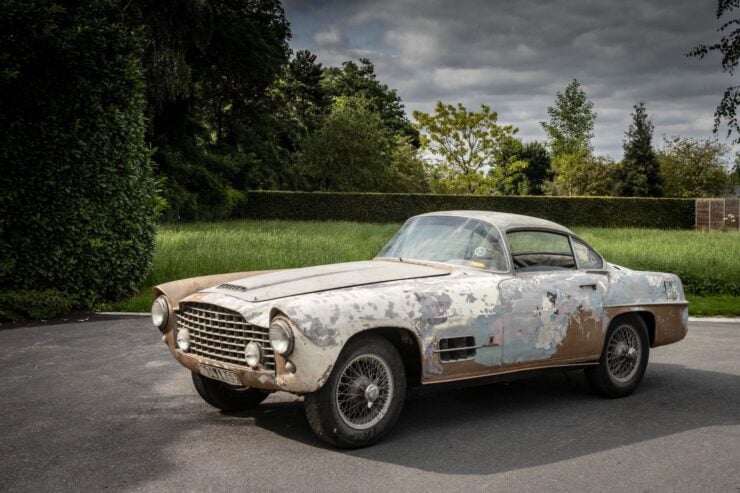 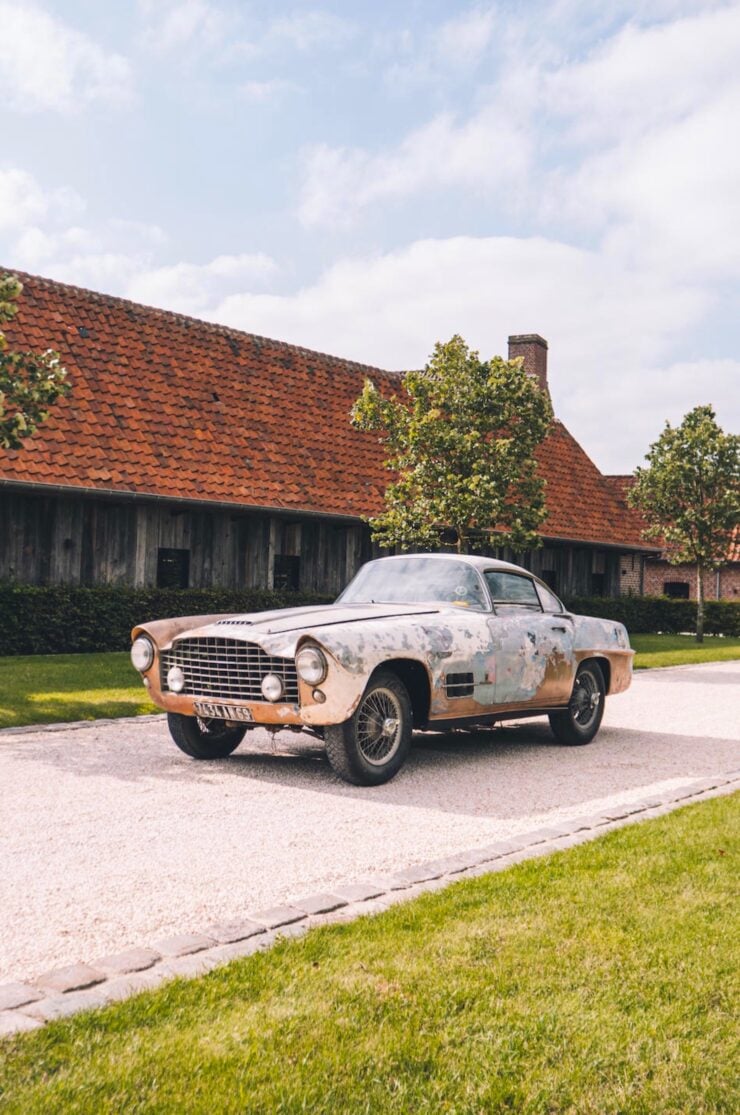