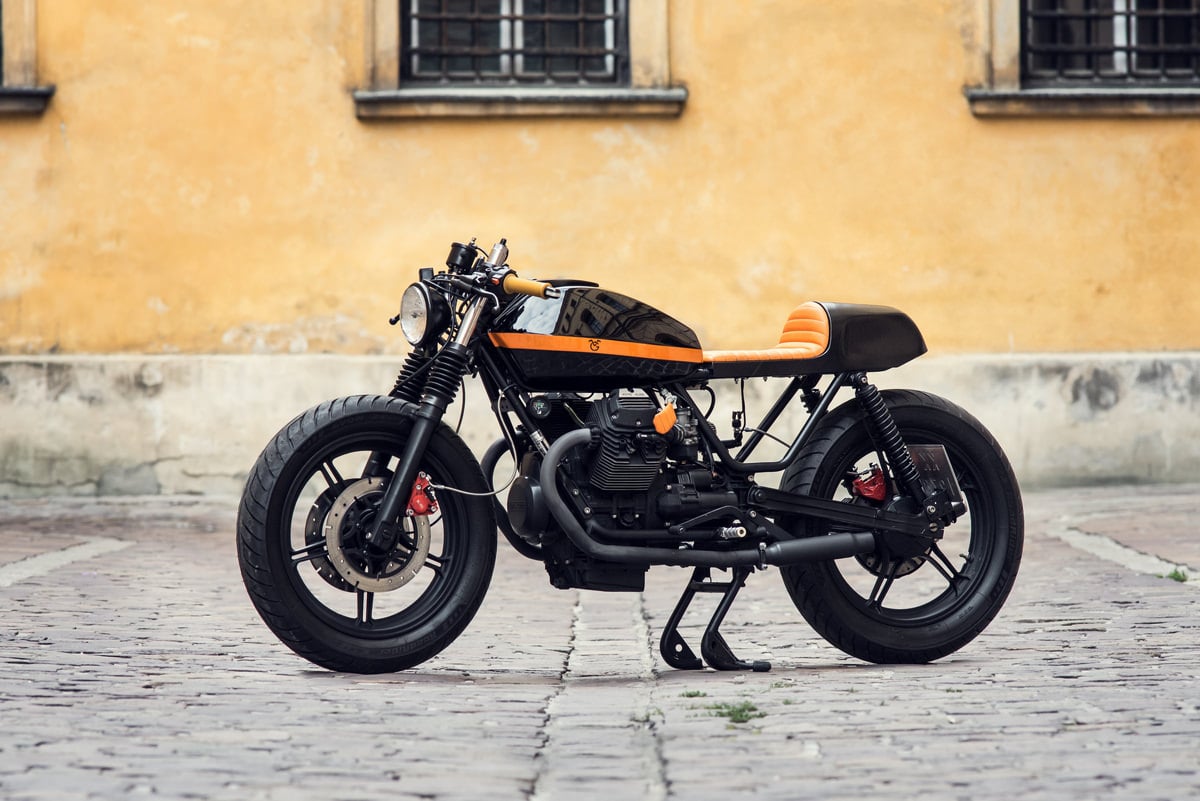 The benefits of a shaft drive are significant – there’s no chain maintenance, lubrication or adjustment required. Most Guzzis use the technology, including all of their current model range, and it helps to keep the resale value of the bikes high – especially when you start getting into vintage territory.

The Moto Guzzi V65 you see here started life as a last-model-year example from 1994, the team at Ventus Garage took it for a test ride and decided that it was going to be stripped back and turned into a cafe racer – to best take advantage of that torquey air-cooled V-twin.

Ventus pulled the original tank and seat off the bike, as well as the headlight, airbox, and fenders. The original suspension was swapped out for 6cm shorter and stiffer rear shocks, and 10cm shorter springs in the forks. This gave the bike a lower profile and tighter handling, and its new 18″ alloy wheels gave a more broad choice of tires. A set of matching Avon AM26 Roadrider tires where chosen front and back, to give the bike modern rubber compounds to better aid grip.

The original fuel tank was kept with a new pant scheme, and paired with a new seat/cowling fabricated in-house. To complete the look, a pair of clip-ons were fitted, the carburettors were fitted with pod filters and matching jets, and a new high-flow exhaust was installed.

The completed bike is an excellent example of modern, minimalist custom motorcycle design, and you can click here to see more from Ventus Garage. 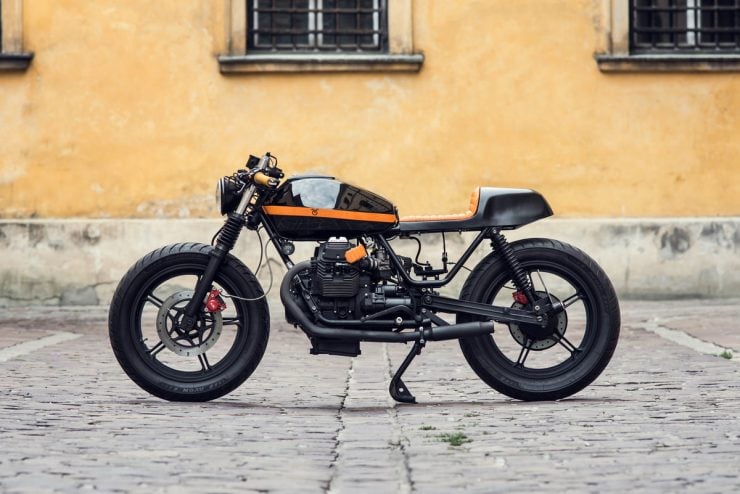 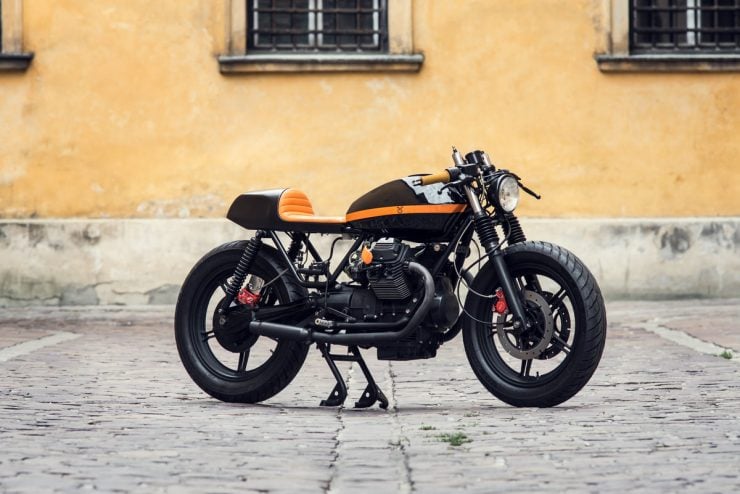 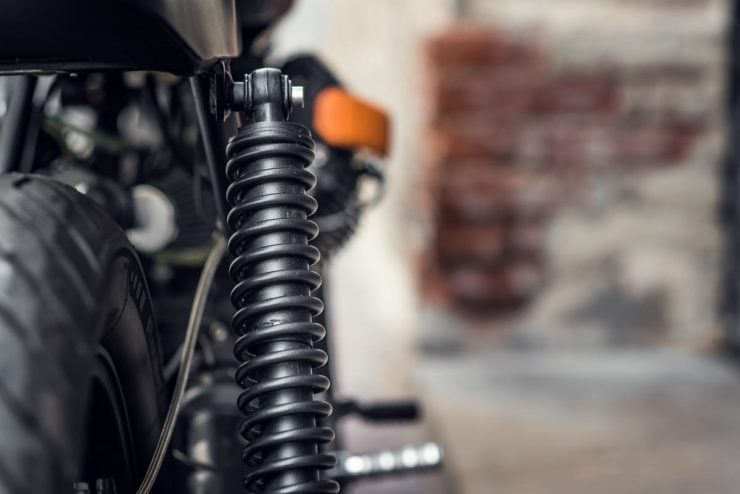 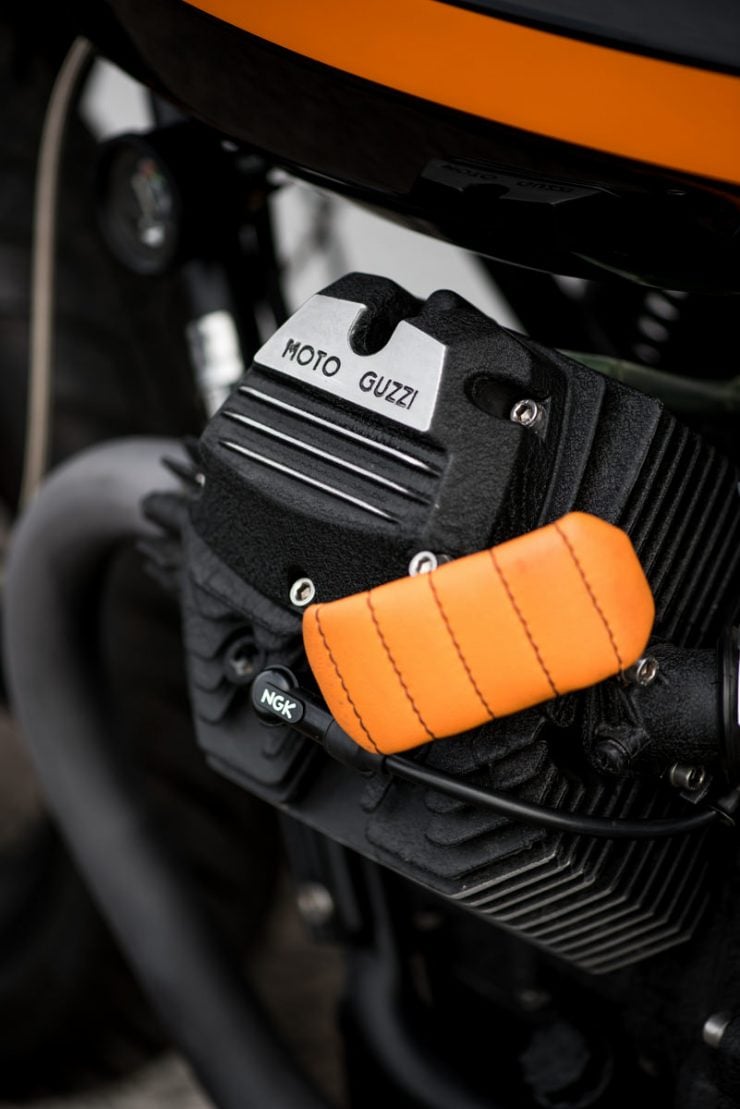 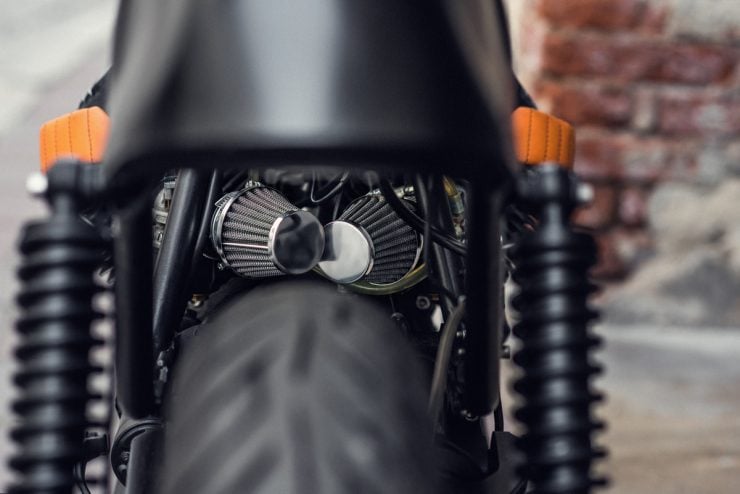 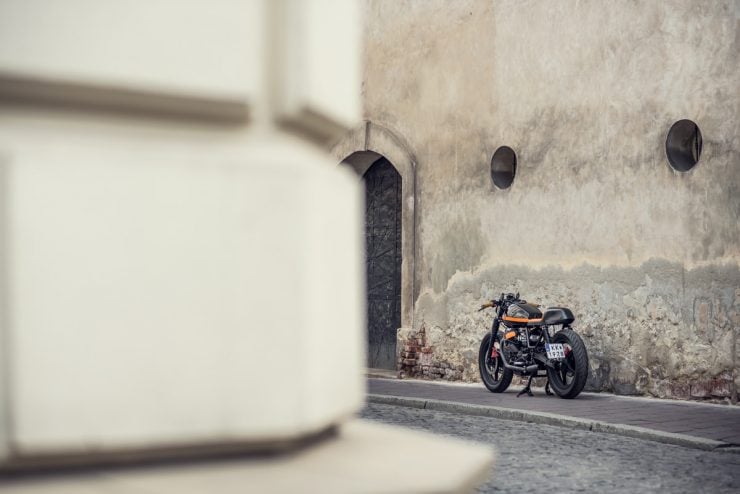 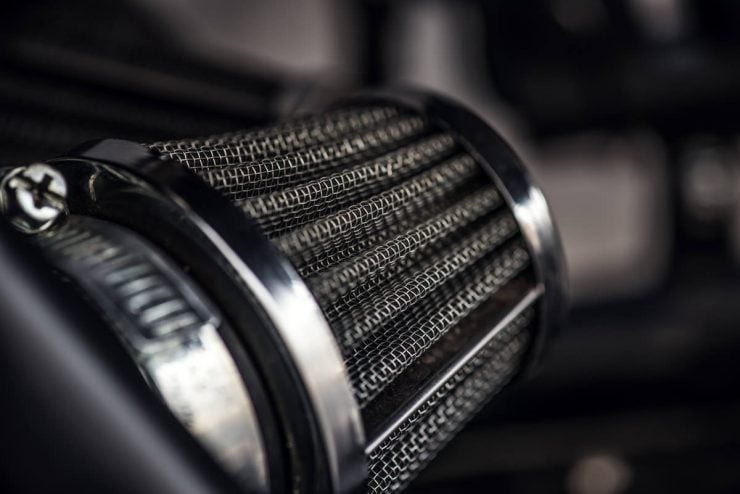 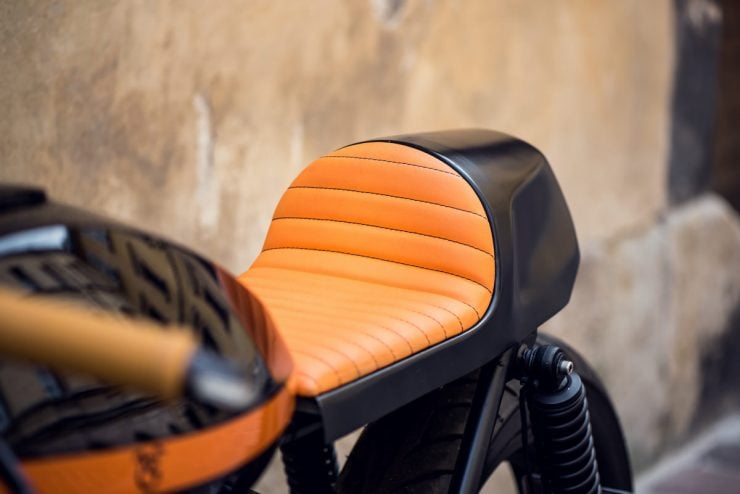 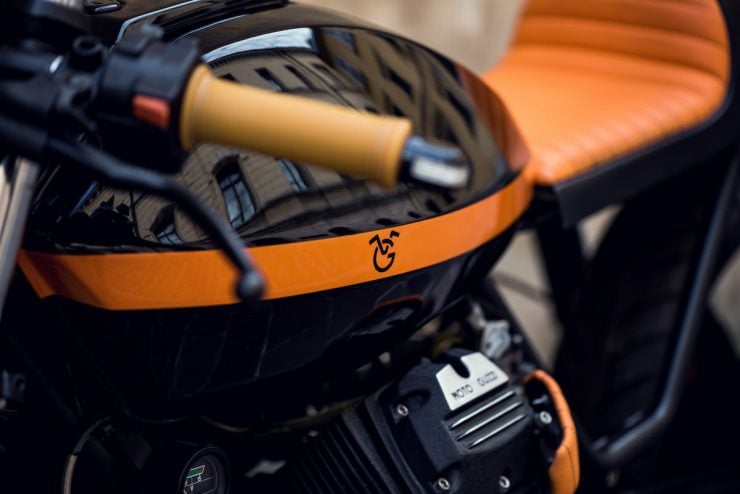 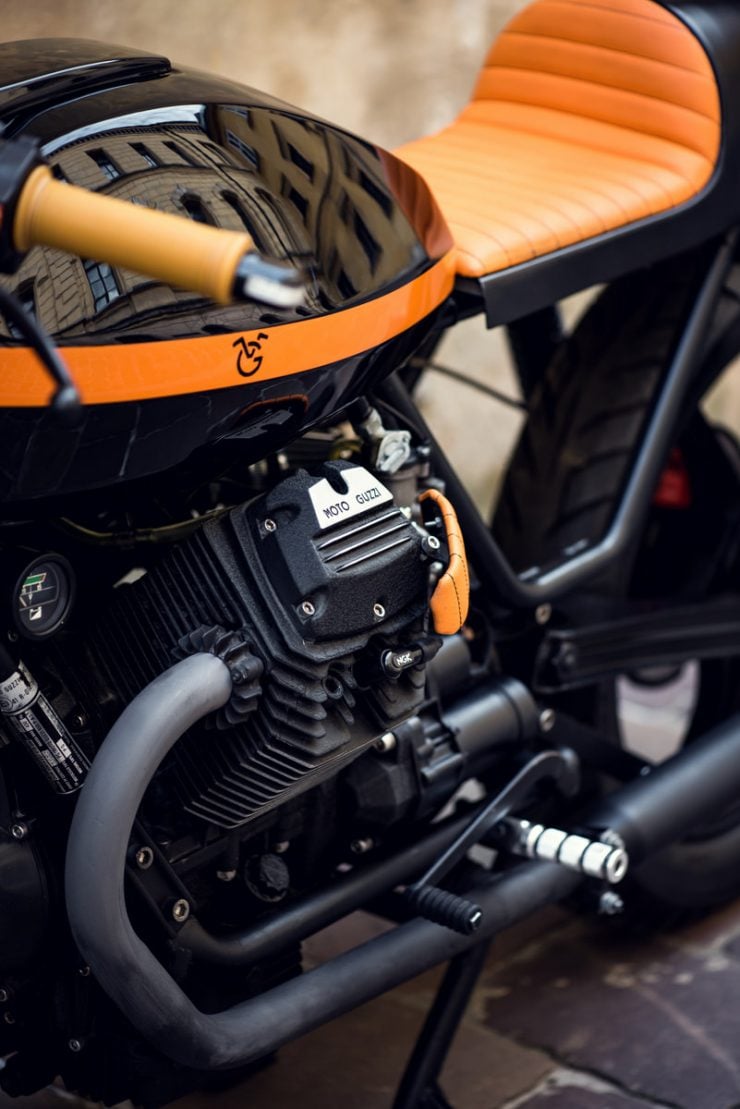 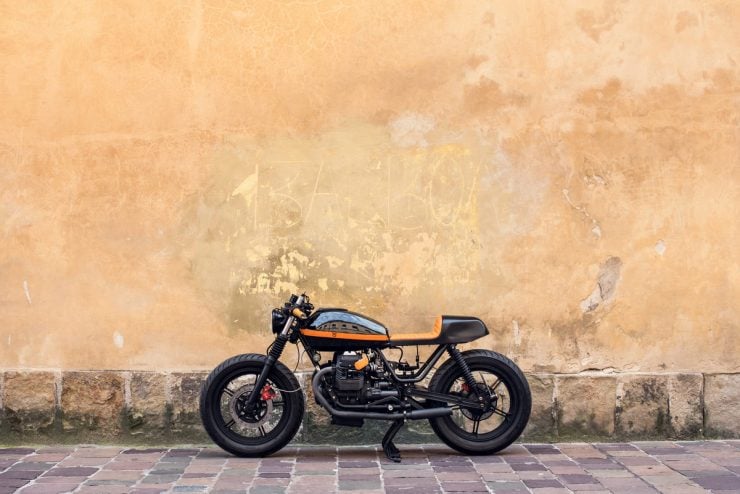 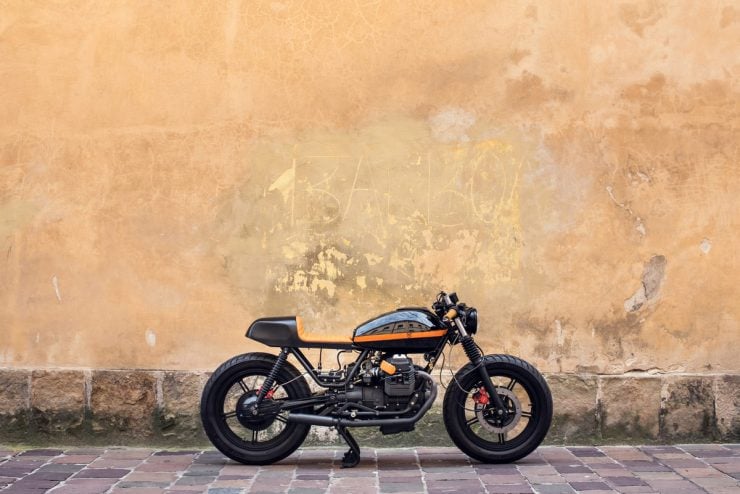 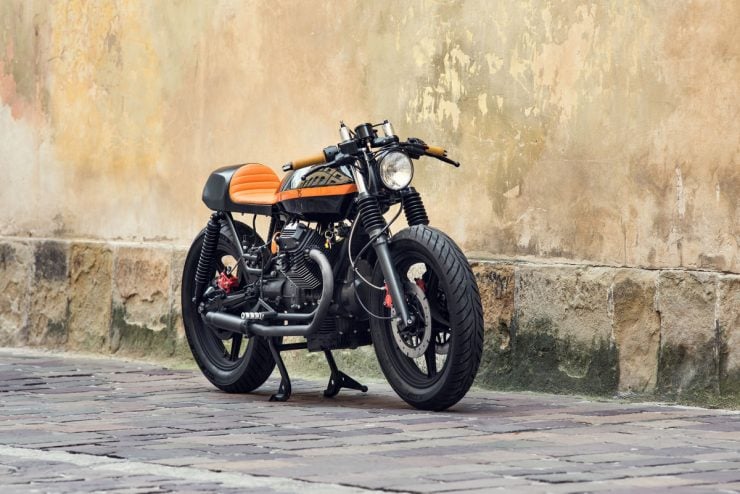 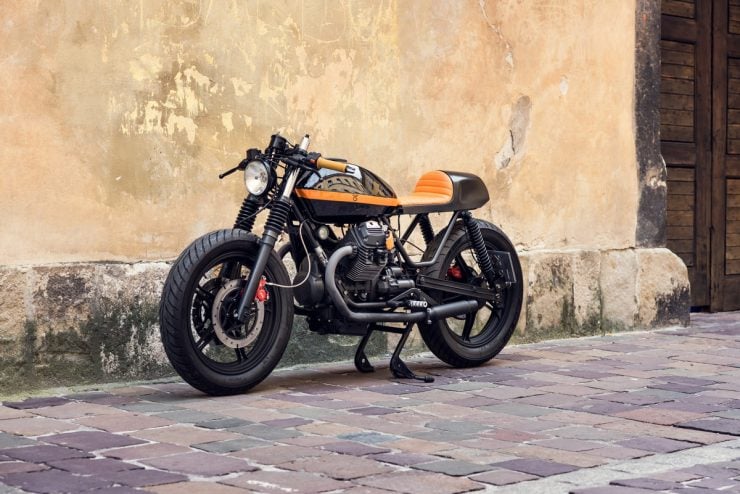 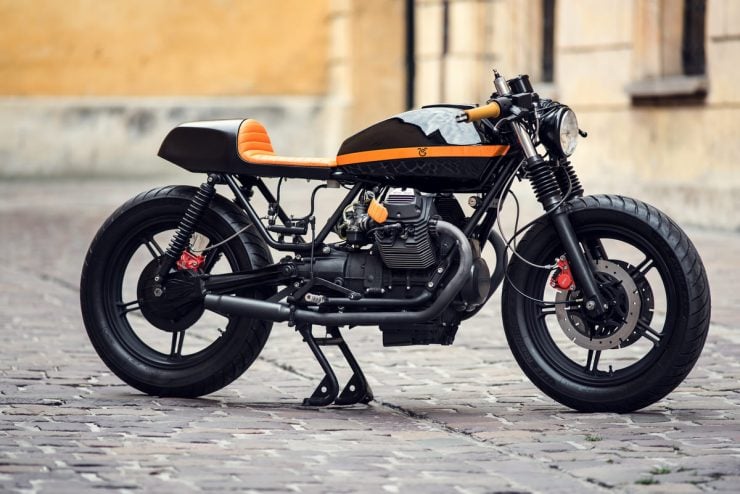 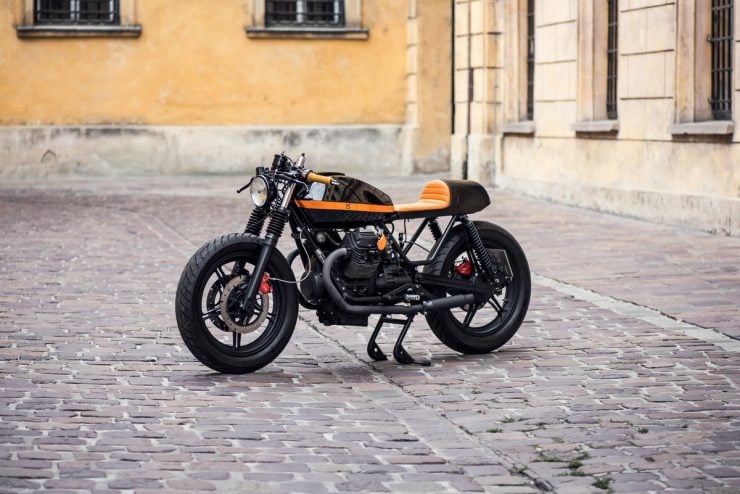 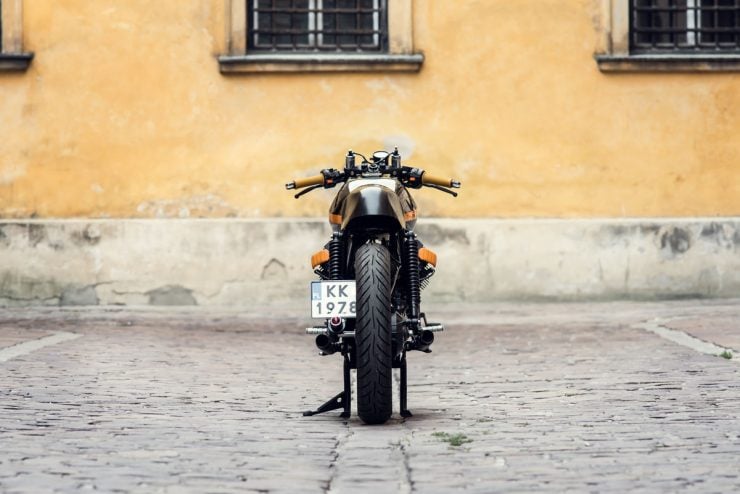 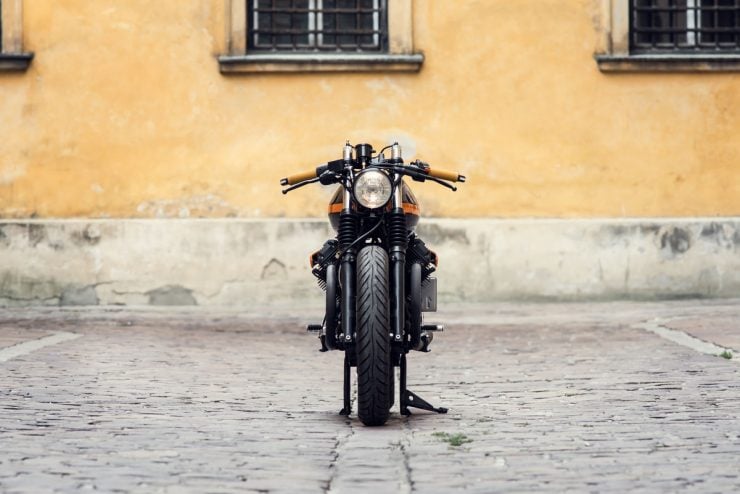 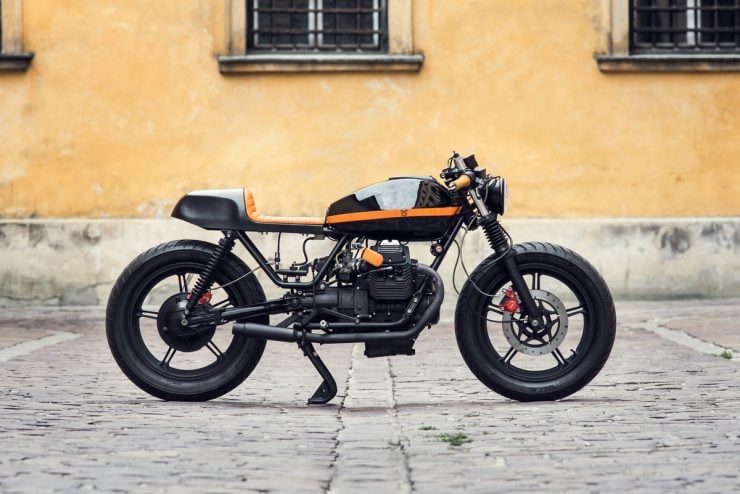