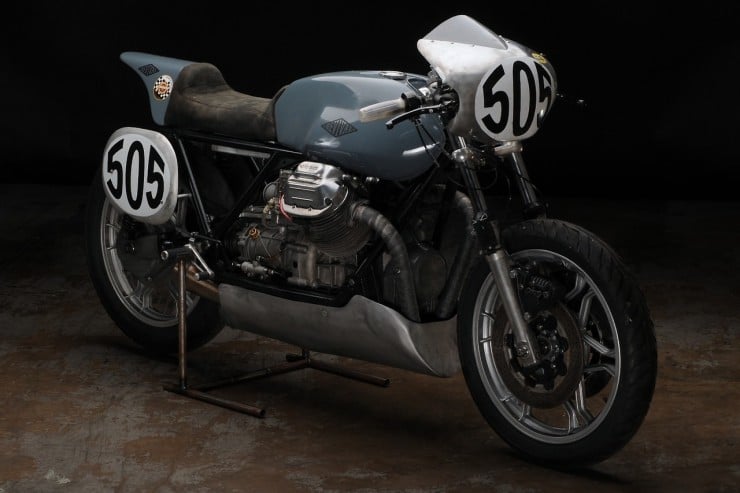 The Moto Guzzi Le Mans was originally launched in 1976, it was exceedingly well received and went on to set a series of styling trends that we’re still seeing in production today. Personally, the Le Mans is a motorcycle that sits very high on my motorcycle bucket list – that V-twin is one of the best looking engines of all time and all you need to keep it running is a sledgehammer, grappa and a vial of Holy Water. Or so I’ve heard.

The Moto Guzzi Le Mans Mark I you see here is a custom by Revival Cycles, it’s seen a few design tweaks over the past few months and it looked a little different from this when it was featured over on Bike EXIF last year. Since 2012 it’s had new hand-beaten aluminium fairings added at the front and bottom  with an aluminium racing number plate added to both sides of the tail. 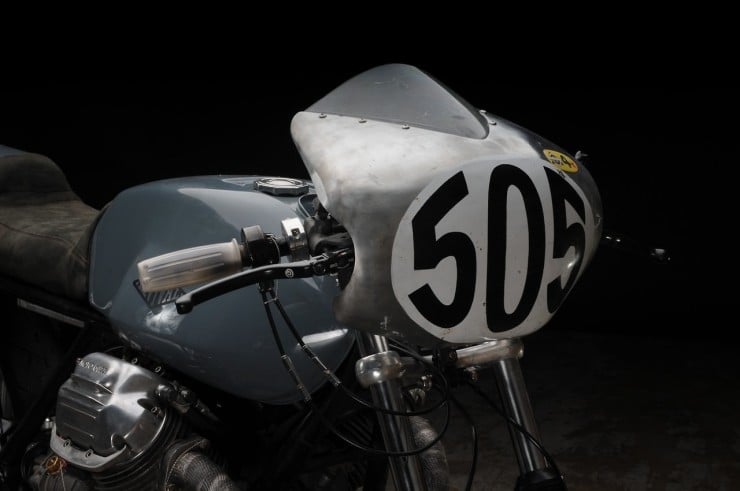 Powered by an 850cc V-twin the Le Mans Mark I produced 71hp and had a top speed of somewhere in the region of 130mph – depending on your level of commitment with the throttle. Revival Cycles removed the original wiring loom and added a modern, custom made loom centred around a Motogadget “M-unit” gauge, a Dynatek electronic ignition and a small Lithium-ion battery, this was intended to improve reliability and bring the Le Mans into the 21st century.

The headlights and brake lights are both cleverly hidden LED units chosen for their small size and very small power-requirements, the headlight is currently sitting behind the front cowling though so don’t spend too much time searching for it. The rear suspension was replaced with vintage Marzocchi shocks to keep the bike looking period correct and clip-ons were added up front to give the bike a low, racy look.

Perhaps the coolest feature on the bike is the RFID unit hidden under the seat that acts as a keyless ignition, so long as you have the RFID tag in your pocket. If you’d like to see more of the impressive work from Revival Cycles you can click here to view this bike and their other models. 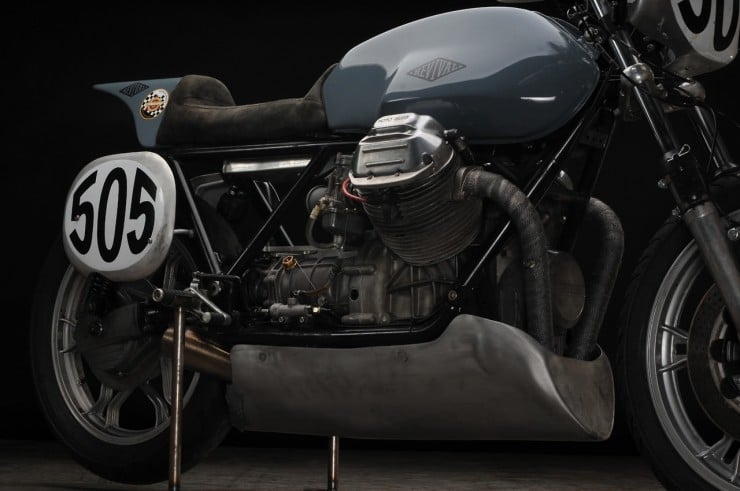 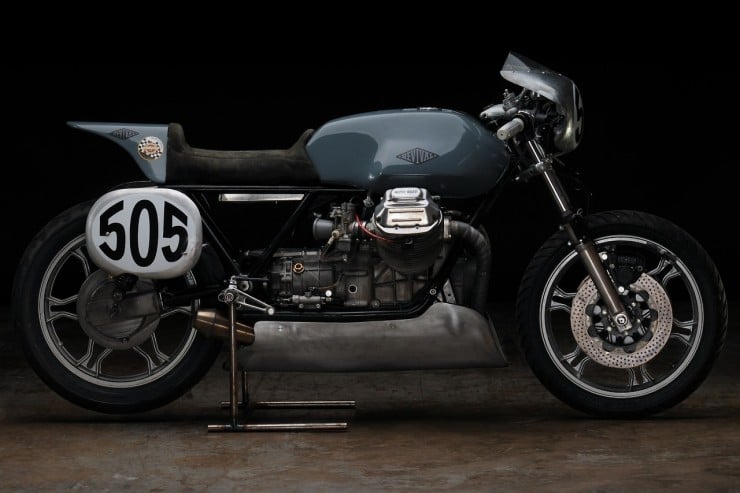 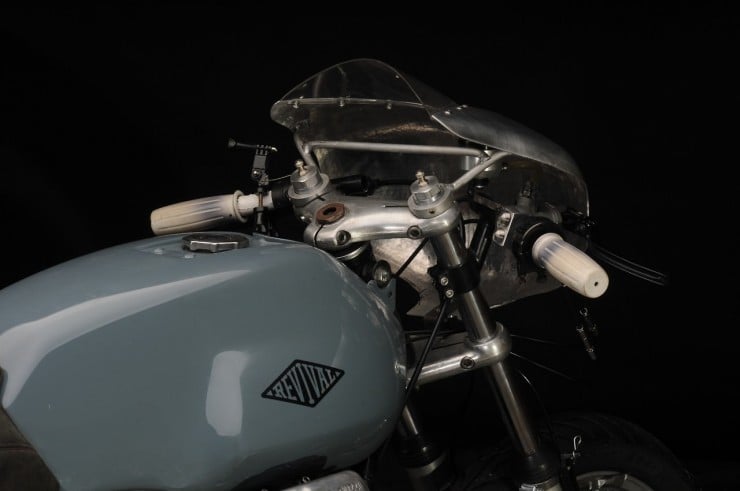 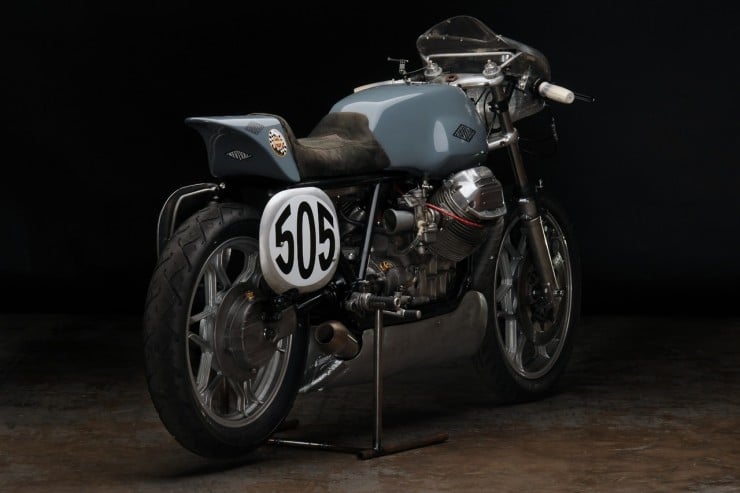 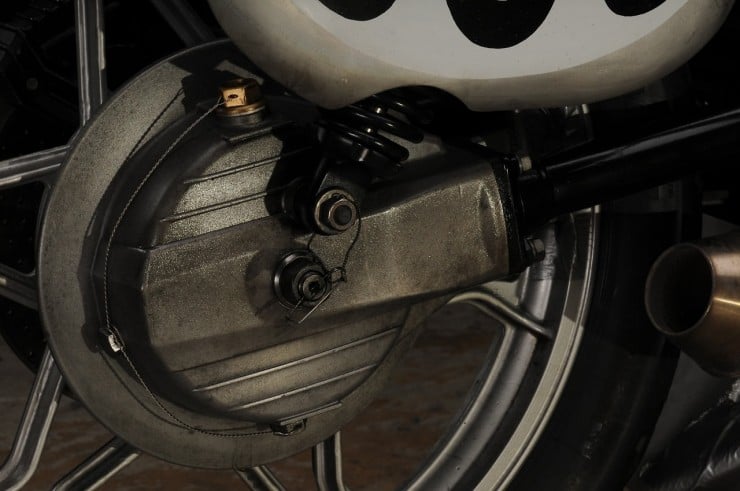 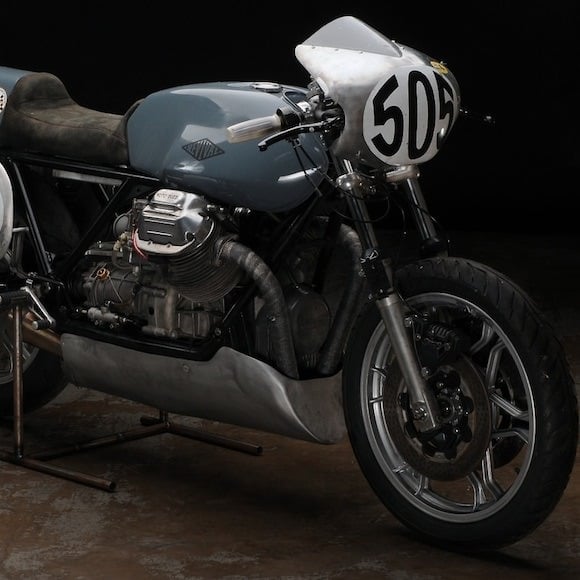