This is a full Tyrannosaurus Rex skeleton and I’m featuring it here today because you and I both know that if we had the $1.8 million to buy it, or the space to display it, we’d probably already own it.

If the $1.8 million price tag isn’t a hindrance to you – and you have a garage, livingroom or backyard shed large enough to contain it, you can click here to visit Bonhams and register for the upcoming Montana Duelling Dinosaurs & Distinguished Fossils due to be held on the 19th of November 2013. 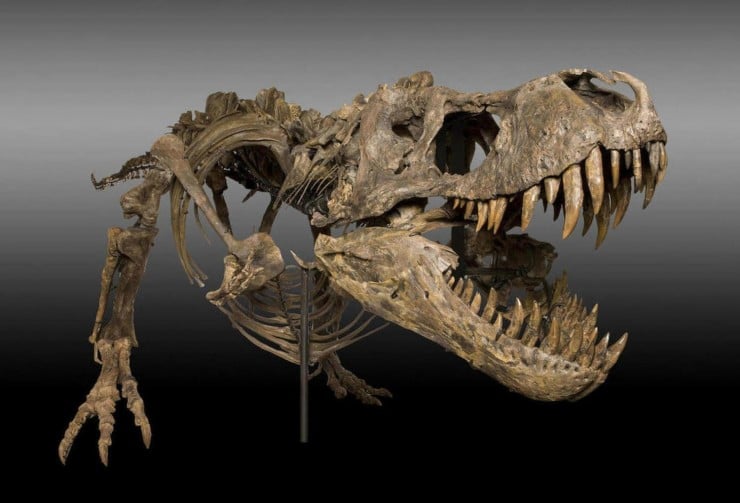 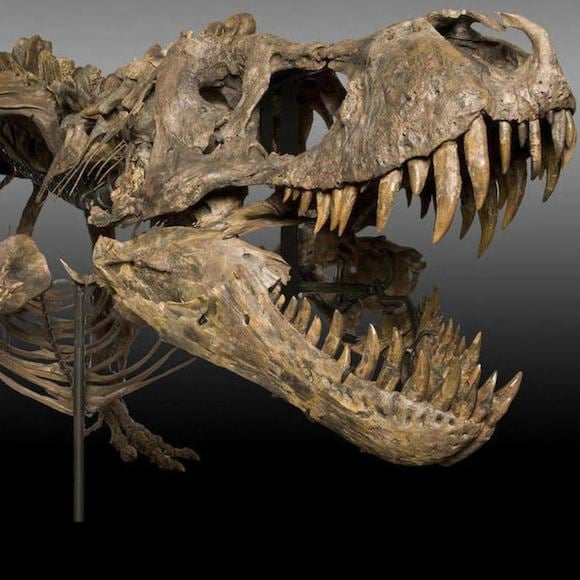