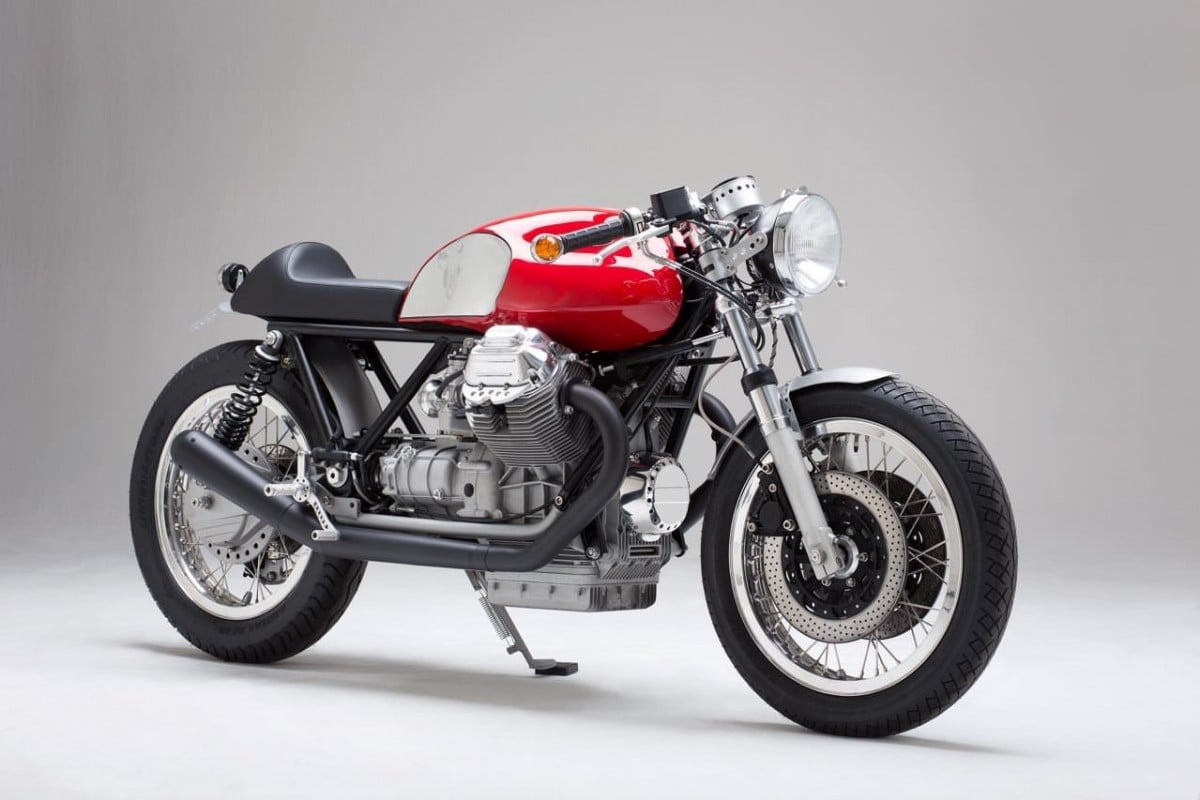 The Moto Guzzi cafe racers we’ve seen rolling out of the Kaffeemaschine workshop have become instantly recognisable in the custom motorcycle community, the minimalist rebuilds with a strong focus on performance and reliability are in strong demand and Kaffeemaschine bikes are now being built for clients from Germany to the USA and everywhere inbetween.

The bike you see here started life as a stock Le Mans 3, a popular target for cafe racer builders the world over. The project was initiated by a Californian by the name of William Connor who wanted a classic ’60s style cafe racer with a few modern elements – like working brakes.

The donor bike was stripped back to bolts and the engine was rebuilt using 1040ccm pistons and cylinders, a balanced crank, a lightened flywheel and clutch, dual spark heads, a sport cam and valves, electronic ignition and new carburettors.

The frame was cropped and modified before the engine was fitted and a new custom exhaust was made. The next step was to create the fuel tank, it’s a handmade WBO alloy replica and it’s mated to a handmade leather seat. The front and rear brakes have been upgraded with modern pumps, stainless steel lines and a Kaffeemaschine rear torque support, the forks were then upgraded with new tubes and FAC dampers.

In place of the original analog gauges a new Motogadget digital gauge has been added, these are becoming hugely popular now and we’re seeing them on more and more builds, surprisingly they fit quite well with retro designs. As with all Kaffeemaschine builds, the fit and finish is world class – in fact we’re all convinced that Moto Guzzi should hire Axel and his team to develop the new model line. 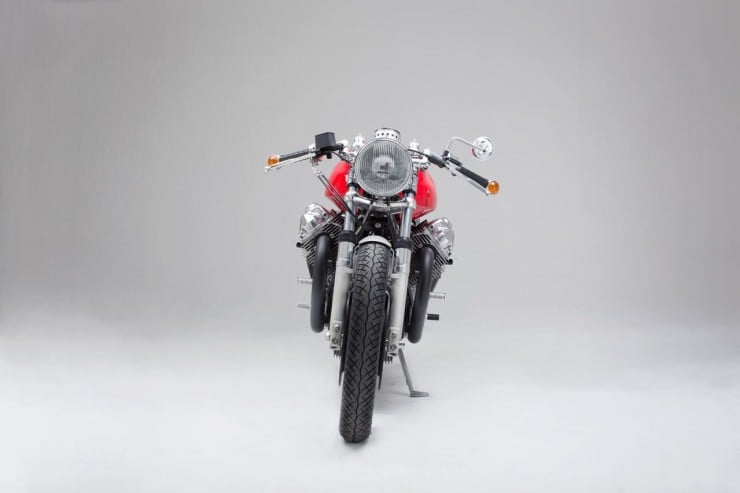 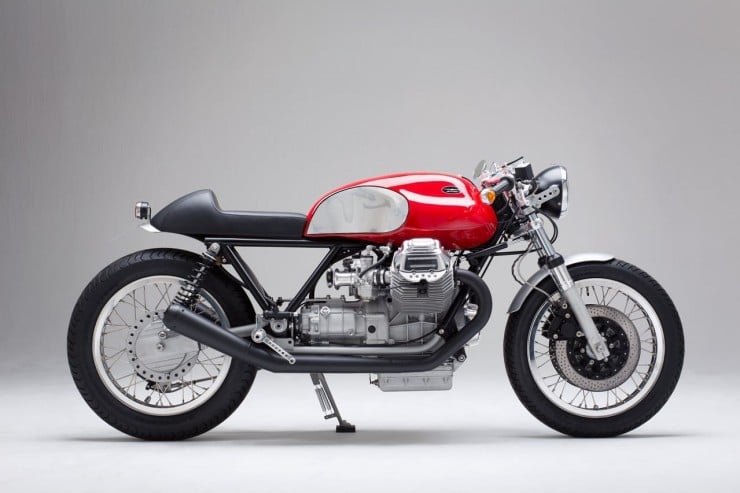 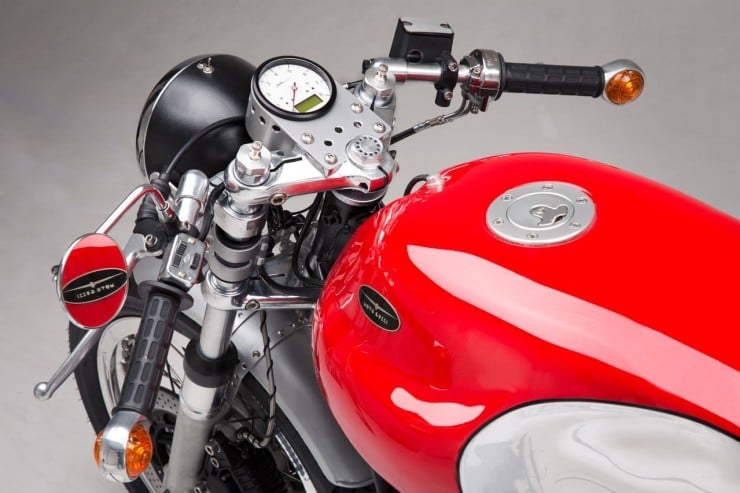 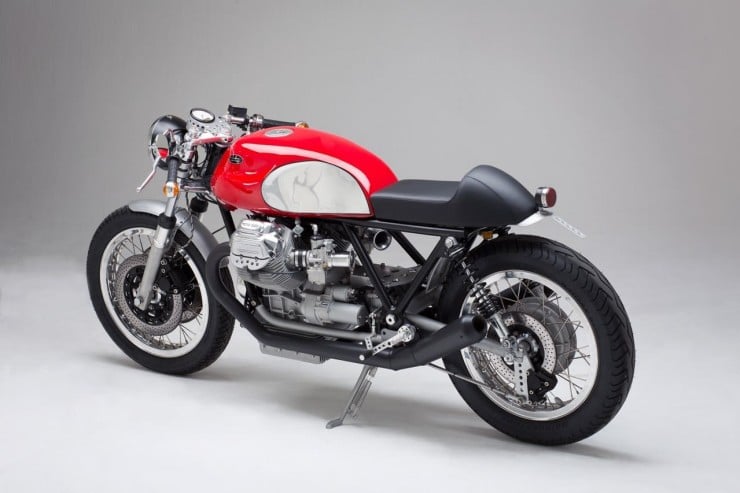 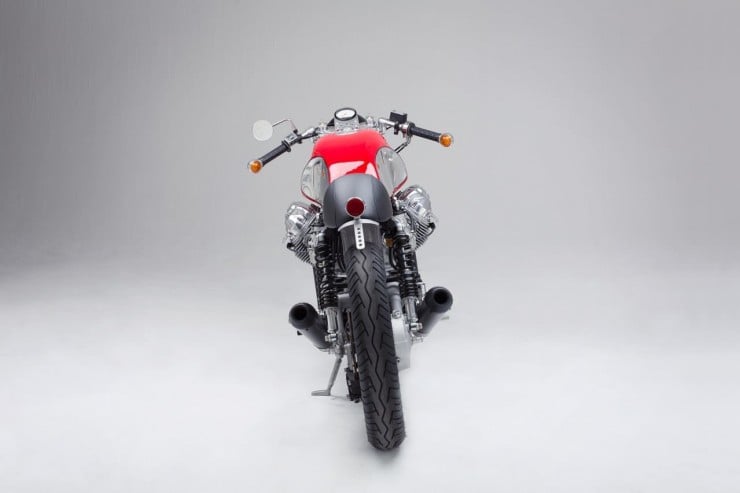 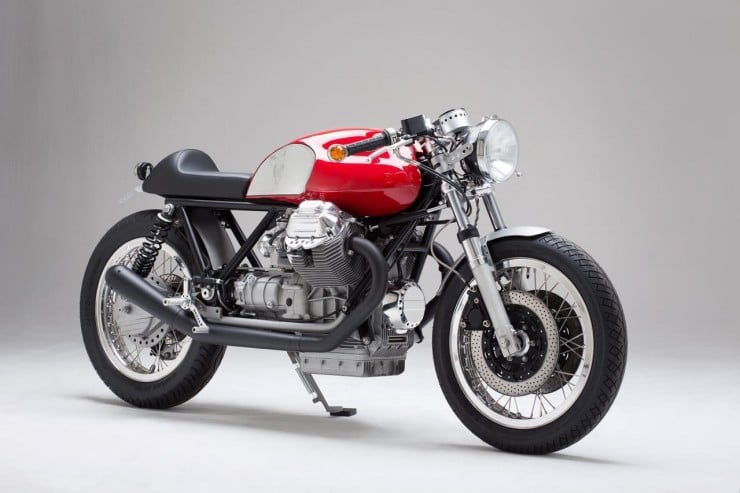 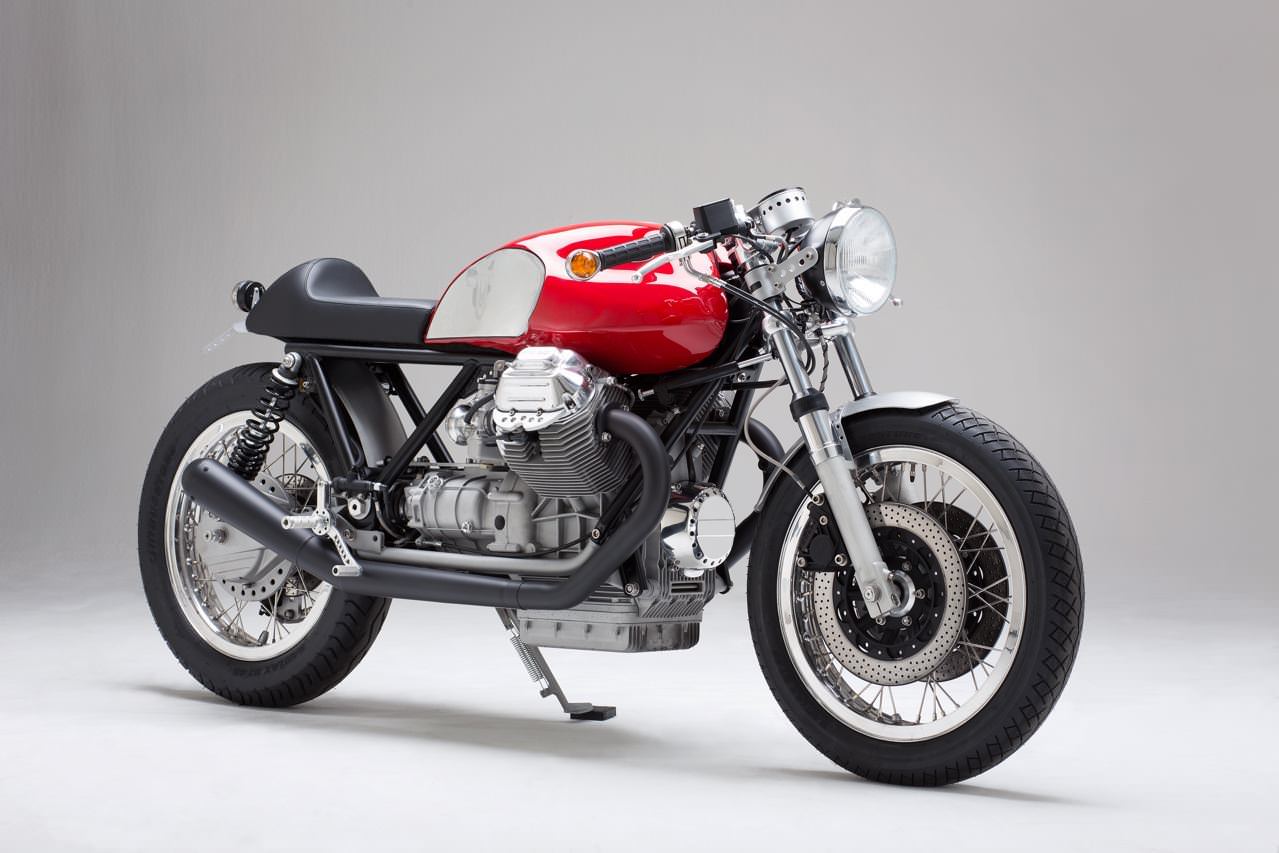