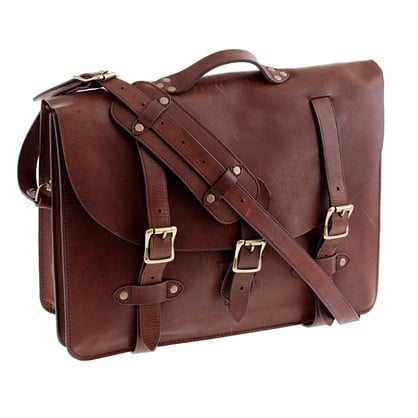 This classic leather satchel by Montague is designed in the same style as vintage military briefcases, each one is handmade and special care is given to ensure the bags last long term, all corners and stress points are riveted and a thick, high grade leather is used throughout.

The briefcase comes with a detachable leather shoulderstrap so the bag can be worn in the saddle of a motorcycle or bicycle and it’s designed to hold anything from a 15″ laptop to a large Sunday newspaper.

Check it out here via J. Crew 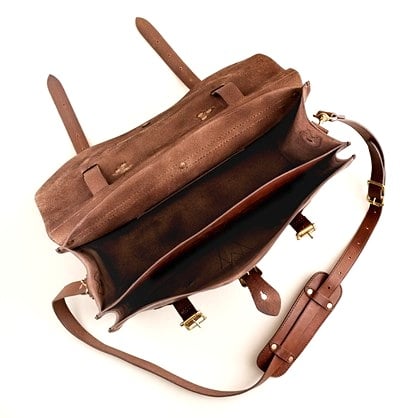