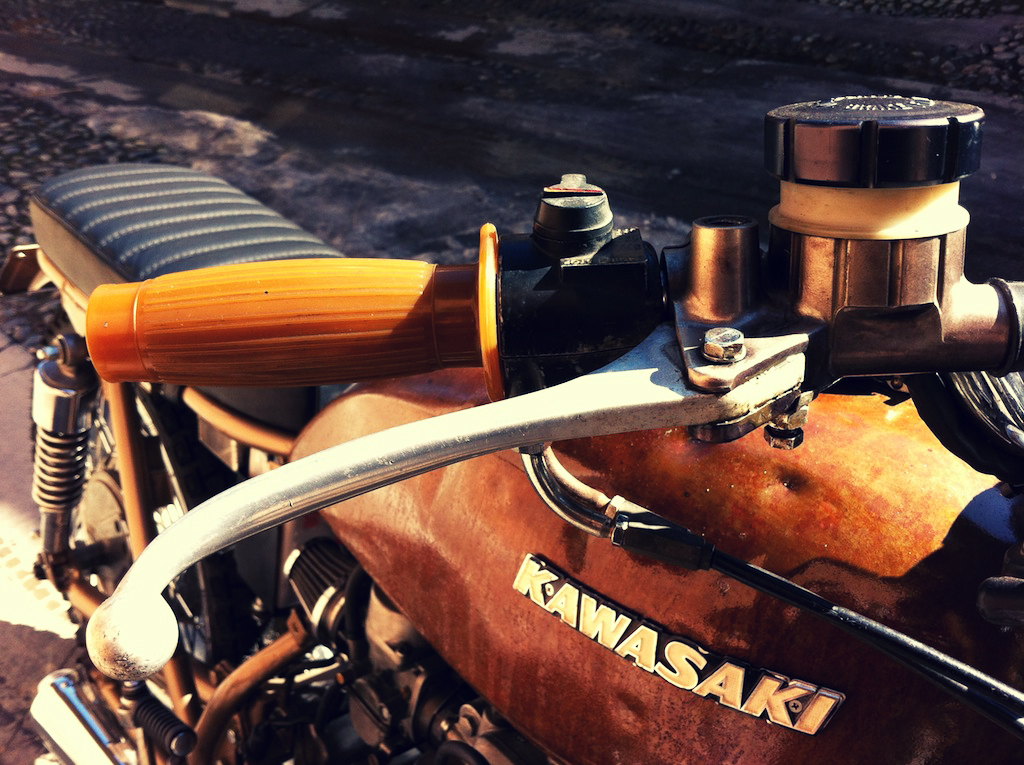 The humble Kawasaki KZ400 is all too often overlooked by custom motorcycle builders which is a shame really as it has mammoth potential.

Originally released in 1974 as an answer to Honda’s CB 350 the twin cylinder KZ400 produces 36 hp from it’s 398cc capacity, it provides power to the back wheel through a 5 speed transmission with the original 1974 bikes using drum brakes at the front and rear.

Motoscoolture is a small custom garage made up of 4 men based in Saluzzo, Italy. This is their first custom and I like it, they’ve gone for a stripped back design and have tossed out the front and rear fenders, original seat, battery box and air filter, leaving a very clean motorcycle that appears to have a little bit of a Blitz/Wrenchmonkees feel to it.

It’s a good example of a daily rider that was designed to be ridden, not to win competitions. Which, I think, is just how it should be. 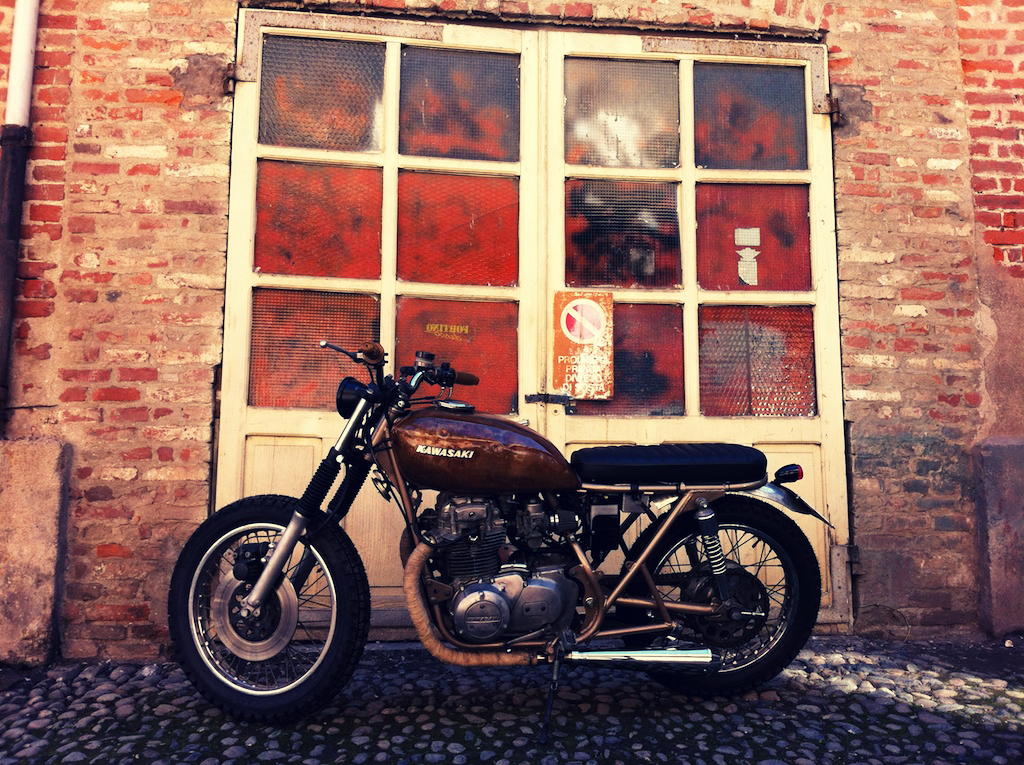 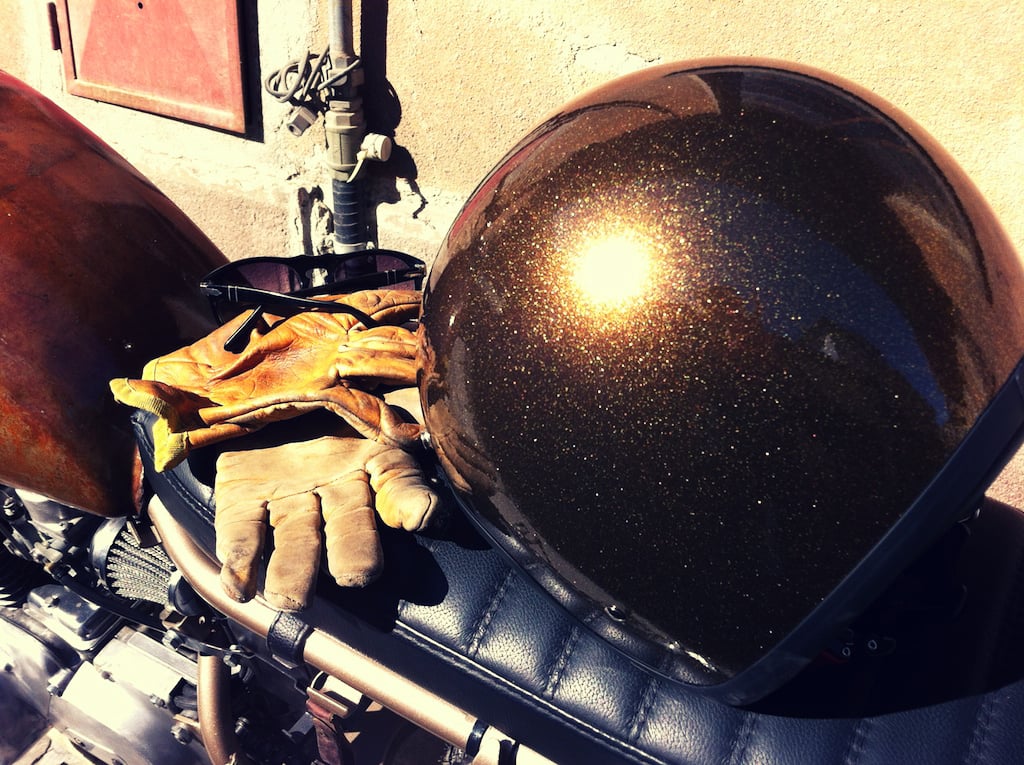 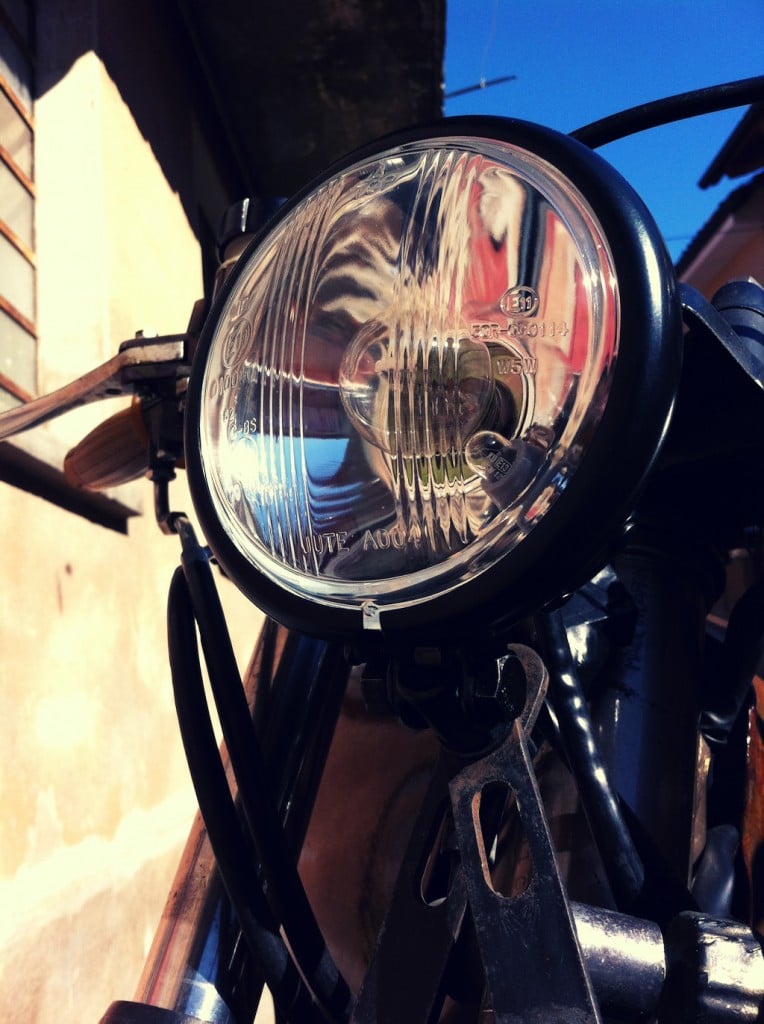 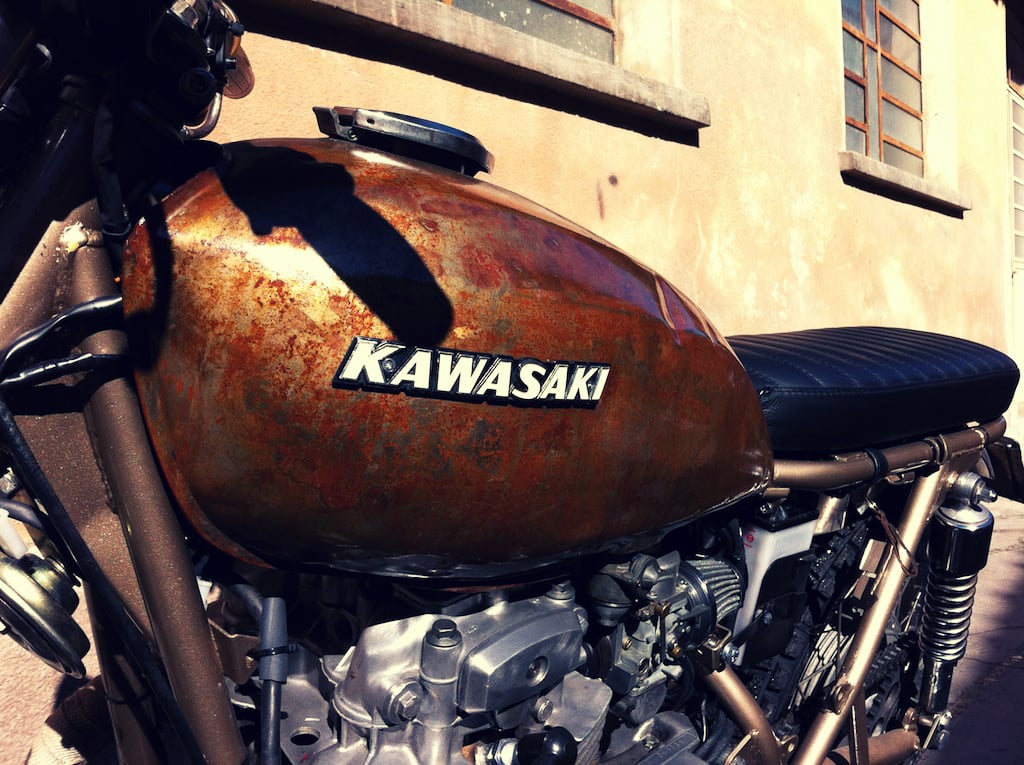 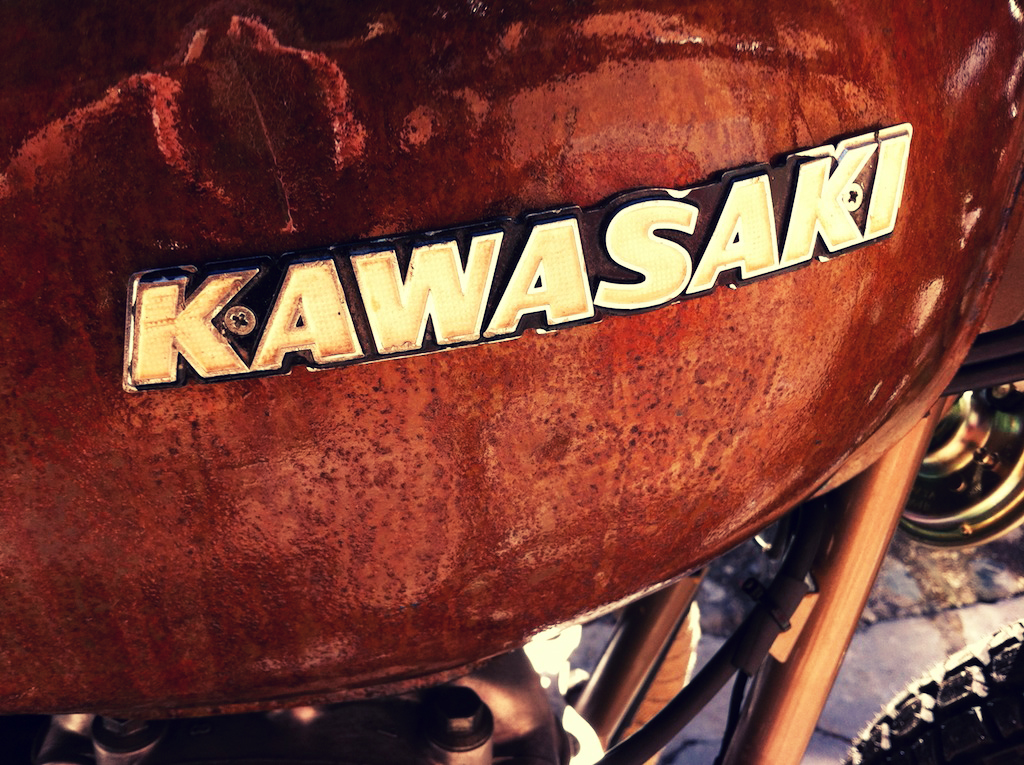