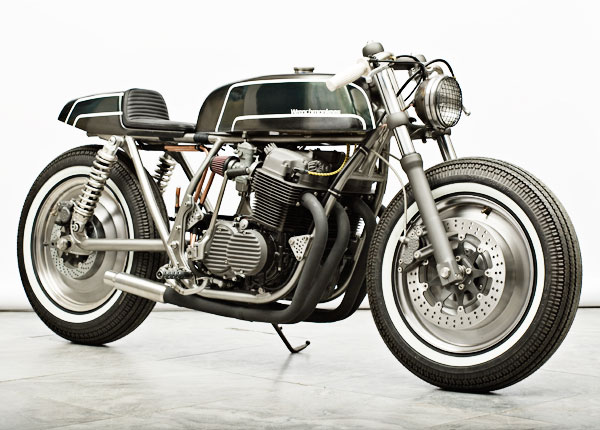 Nicknamed “Gorilla Punch” this bike started life as a Honda CB750, the Wrenchmonkees stripped it back to nothing and built it into their own custom café racer/work of art. The bike was finished in late 2008 and immediately went on display at the Danish Museum of Art & Design in Copenhagen, after which it was displayed by Rojo Artspace in Barcelona.

Gorilla Punch was clearly built to be ridden and not just looked at, it has a stack features you won’t find on many show bikes, things like like suspension front and rear, disc brakes front and rear, lights, blinkers and even a muffler (albeit a tiny one). The asking price for the bike was ~ $30,000 USD which isn’t cheap, although it is about a third the cost of a blingtastic, show pony chopper. Plus, it’s actually rideable. 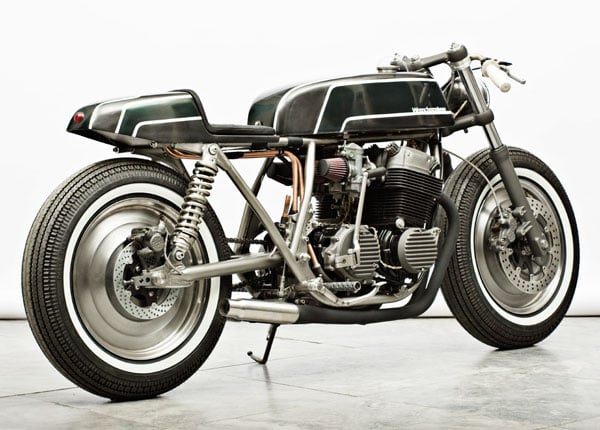 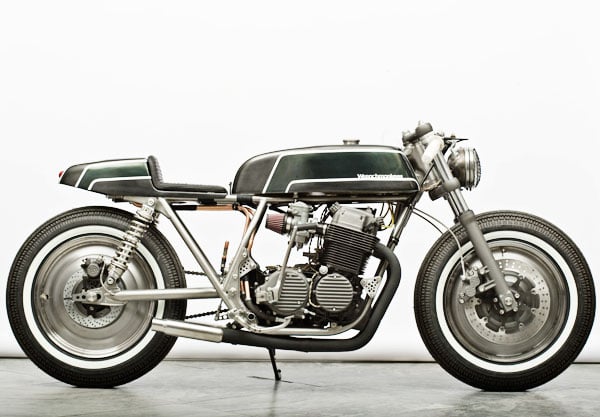 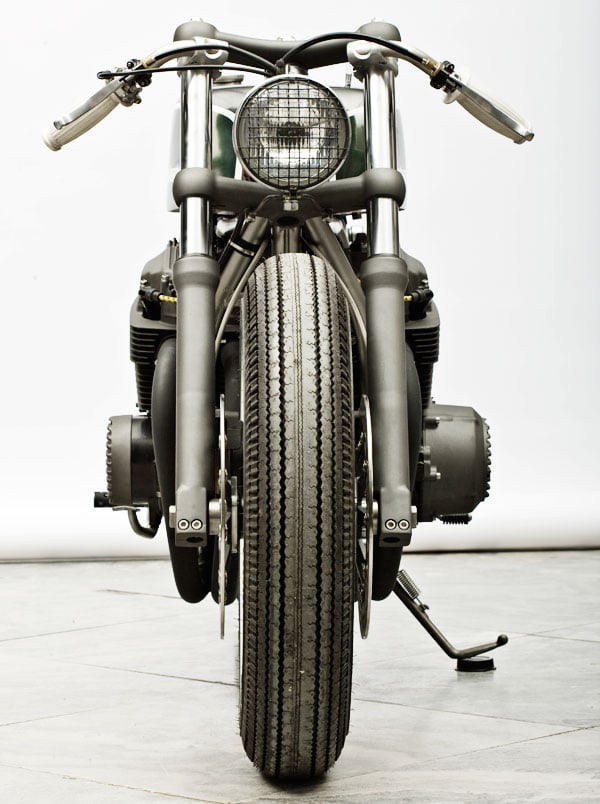 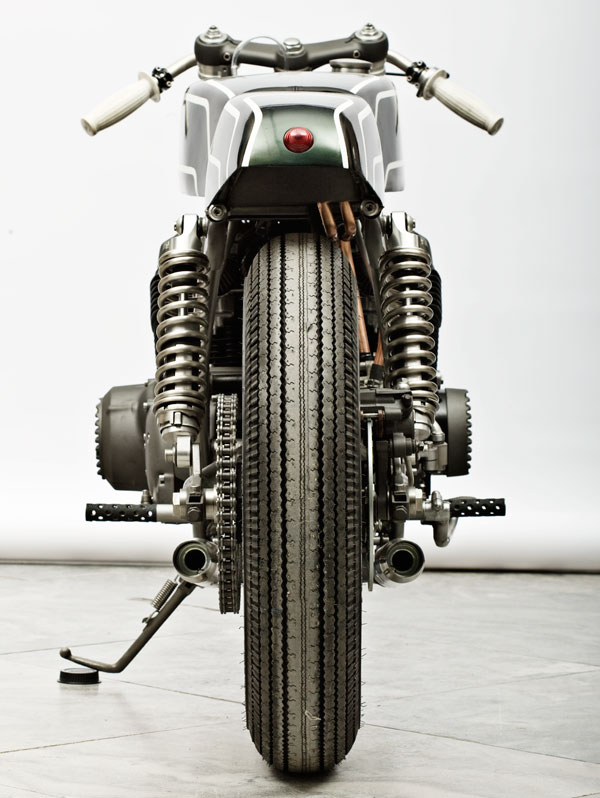 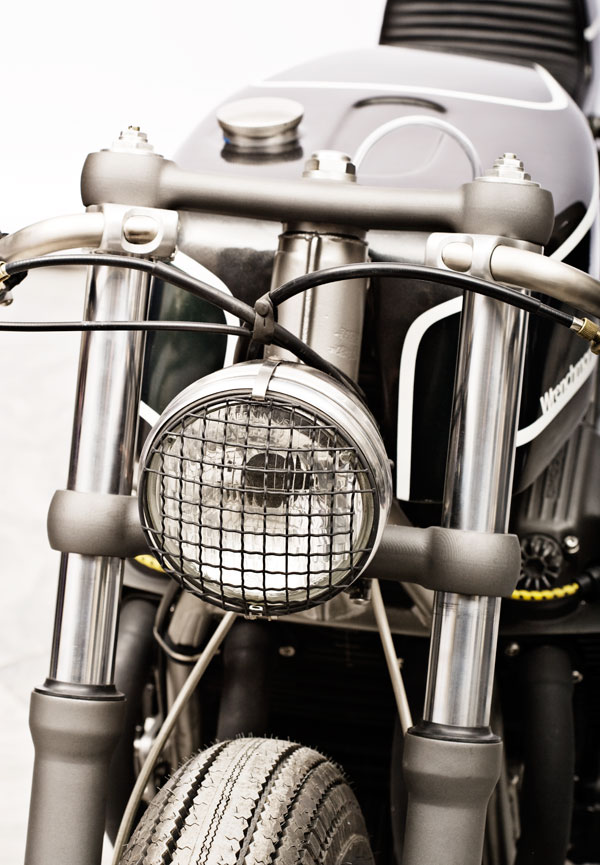 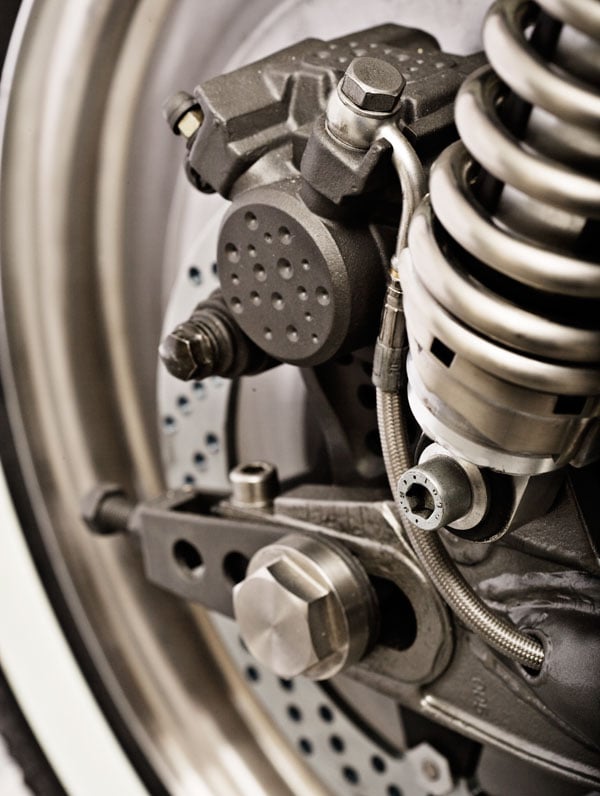 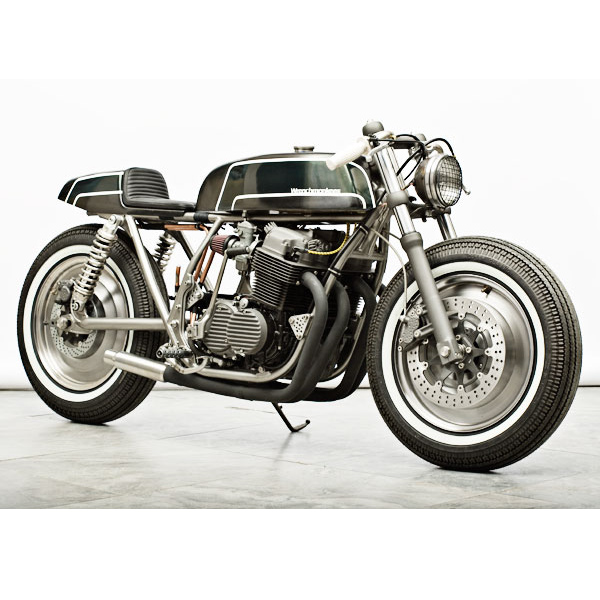