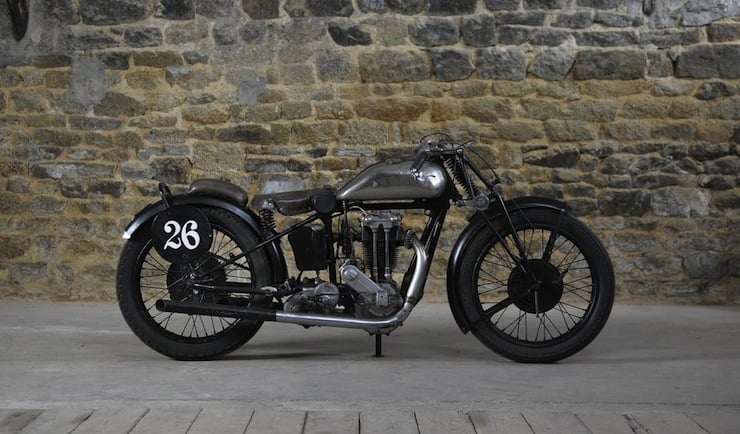 This 1930 Monet-Goyon 350cc Racing Motorcycle is another one of the highly unusual bikes heading for the Les Grandes Marques du Monde au Grand Palais Auction held by Bonhams on the 7th of February (that’s today at the time of publishing), interestingly, many of the motorcycles are quite affordable and so with this in mind we decided to feature more than one of them this week.

Monet-Goyon started life in 1916 as an un-powered tricycle manufacturer for disabled servicemen injured in WWI, by 1919 they were building in-wheel powered motorcycles and by 1922 they had acquired a license to build Villiers two-stroke engines in France. 2 years later in 1925 they picked up a license to build Swiss designed MAG engines, which is the powerplant being used in the bike pictured above and below.

This Monet-Goyon is a 1930 model that’s been modified for racing, it’s valued at $6,700 – $9,400 USD, making it a hell of a tempting little weekend bike. Visit the official lot listing here. 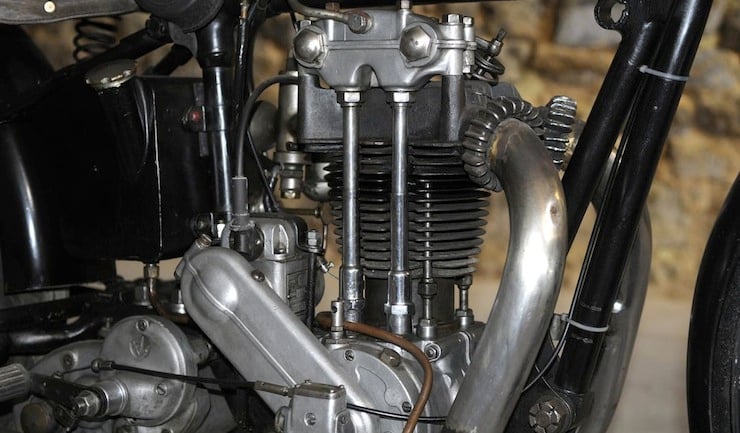 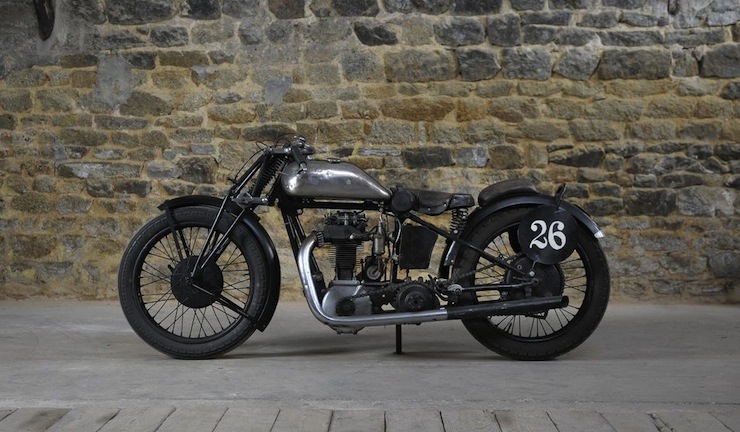