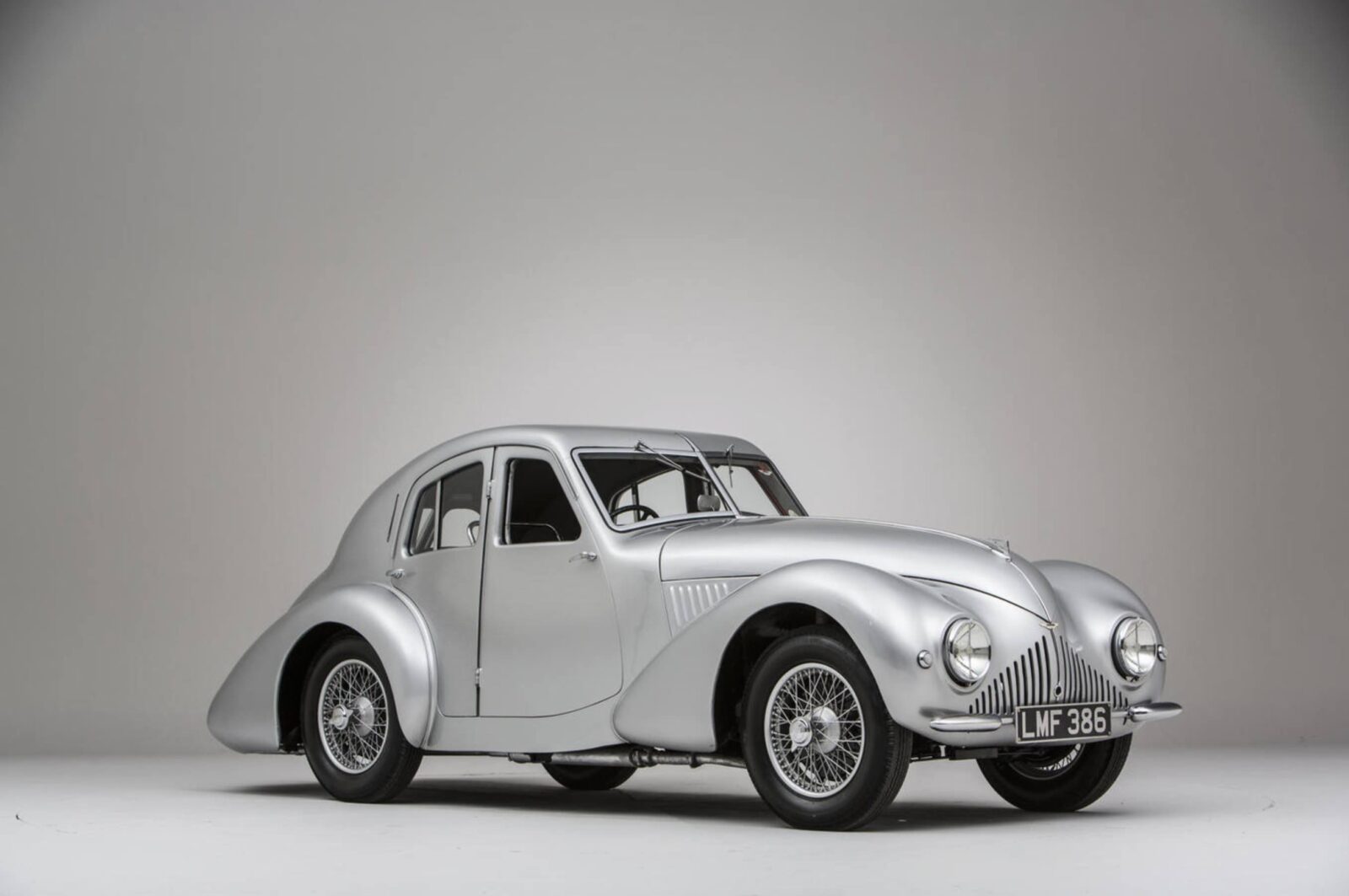 You’re looking at the only Aston Martin Atom ever made, it was a factory prototype concept car built in 1939/1940 and you’ve almost certainly never heard of it. I hadn’t either until last month. This lack of fame is a little surprising considering the remarkable history of the mighty Atom, it was built just as the cloud of war descended over Europe as an indicator of the future direction of the Aston Martin marque.

Luckily, the Atom survived where many iron railings, pots, pans and sewer covers didn’t, the war effort needed all the iron and steel that people could get their hands on and as a result, many cars were melted down to make tanks, ships and guns.

Aston Martin’s owner, motoring-enthusiast businessman Gordon Sutherland, had ordered the car to be designed and built by a dedicated engineering team led by Claude Hill. He wanted a window into the future of Aston Martin (and sports cars in general) and it has to be said – Claude Hill and his team did a remarkable job.

They created a lightweight, rigid integrated body and a tubular space frame chassis, upon this was fixed a lightweight aluminium body (which had the added benefit of permitting quick styling changes). The Atom rode on patented parallel-linkage coil-sprung independent front suspension and the first UK use of the Salisbury back axle, the transmission was a Cotal electromagnetic semi-automatic gearbox (a very early forerunner of the modern ‘paddle-shift’ system) and the 1950cc long-stroke 4-cylinder engine was chosen as the powerplant.

Early tests of the Atom (using war time “pool petrol”) resulted in a recorded top speed of 98 miles per hour, over the next 5 years the car would clock up over 100,000 miles of “testing” – much of it with Mr and Mrs Claude Hill onboard. By 1945 Aston Martin was for sale and a Mr David Brown was considering the purchase, he was encouraged to drive the Aston Martin Atom and by the time he returned, he had made up his mind. As a result of this we now have the DB series of Astons (“DB” standing for “David Brown”, of course) including the stunning DB4 GT Zagato and James Bond’s world-famous DB5.

Motor cars as historic as this rarely come up for sale and when they do they kick up quite a lot of interest, the Atom is due to be auctioned at the Bonhams Goodwood Festival of Speed Sale on the 27th of June 2014. There’s no estimated value because there’s just no way of reliably guessing how much it’ll sell for. The classic car market is at a historic high and this particular car is a genuine icon. 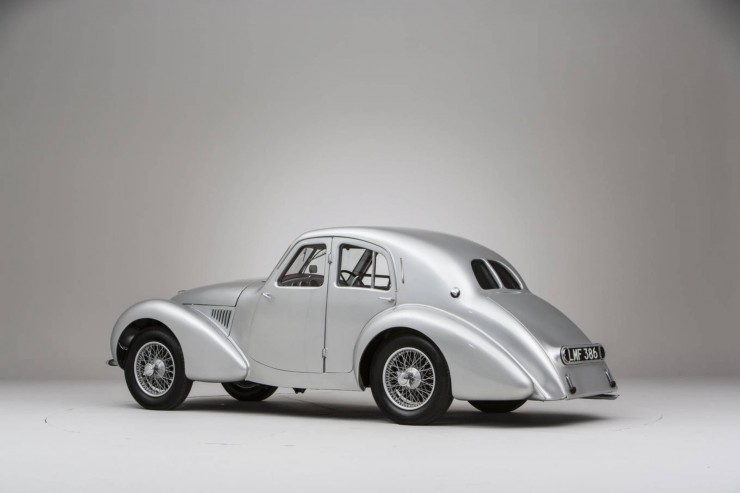 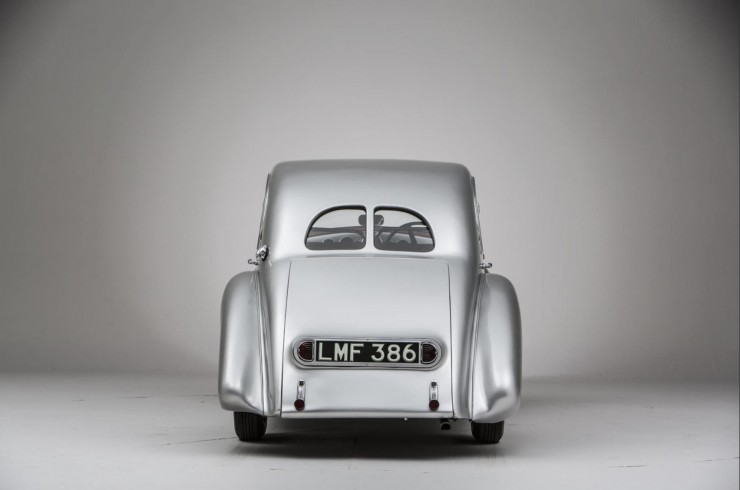 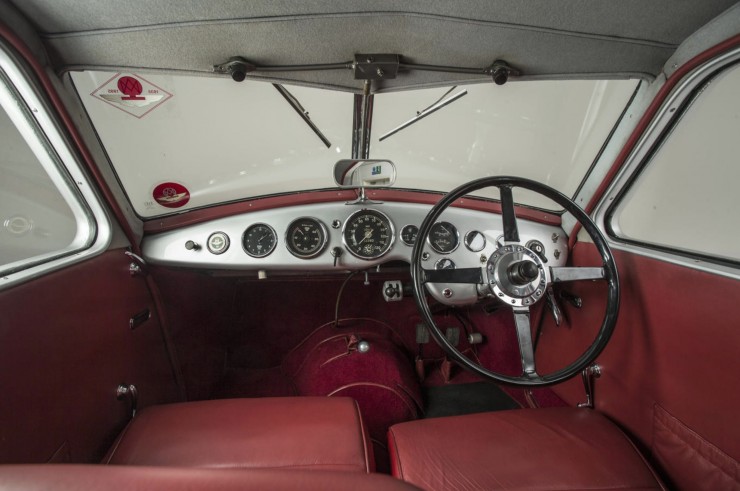 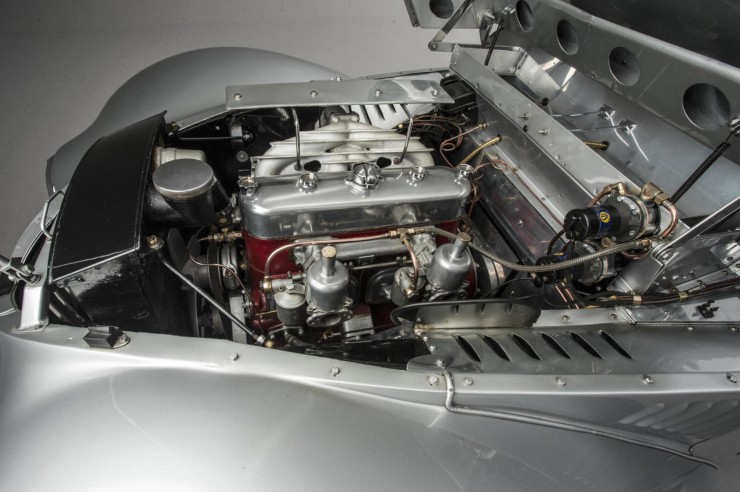 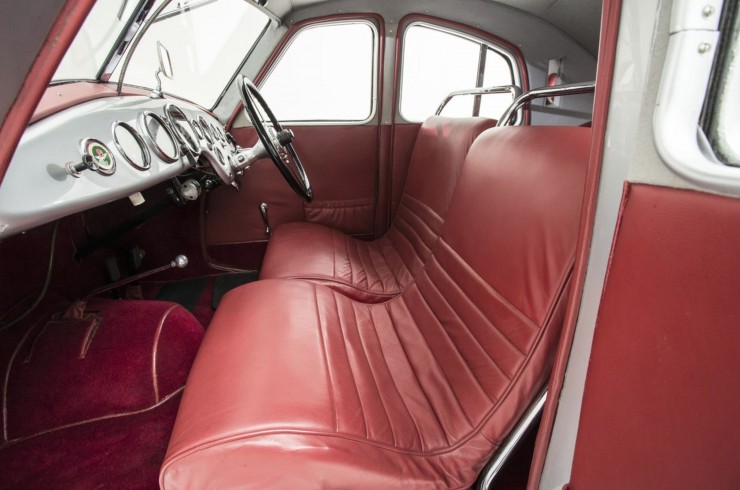 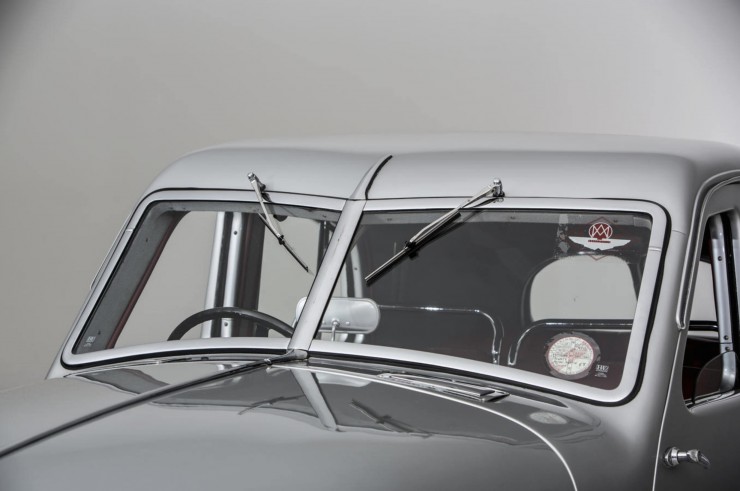 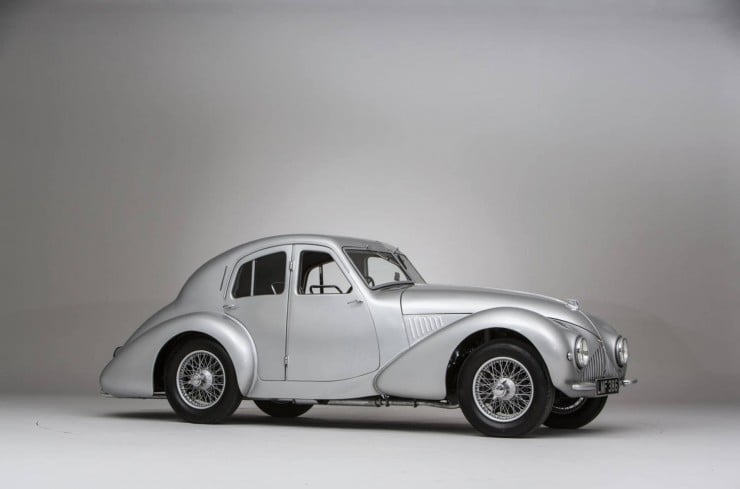 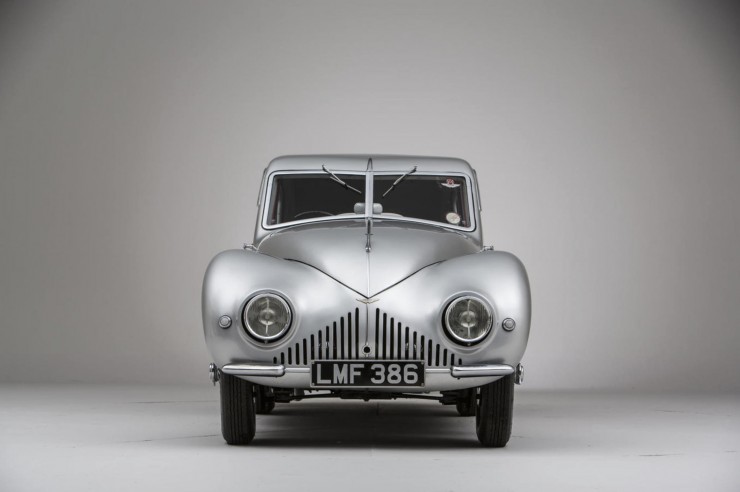 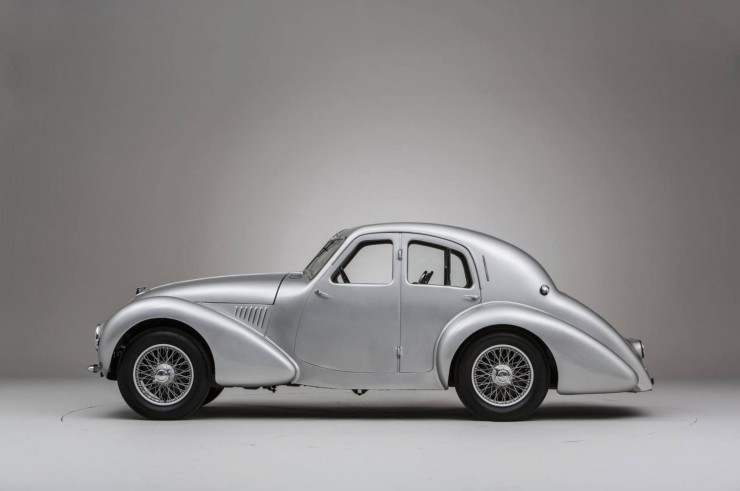 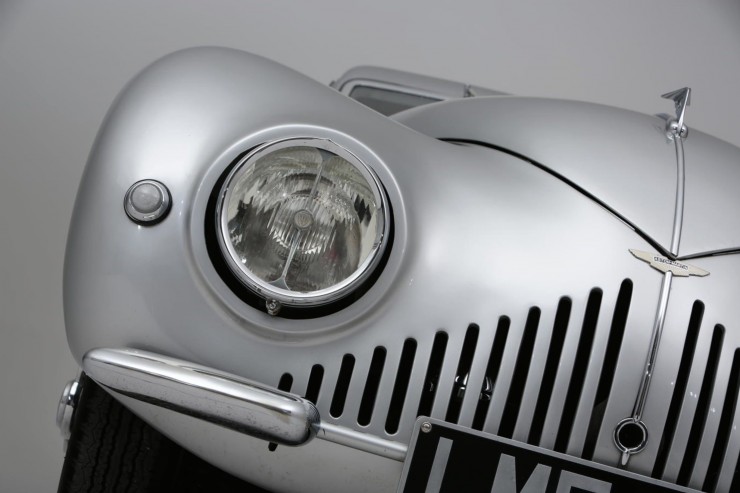 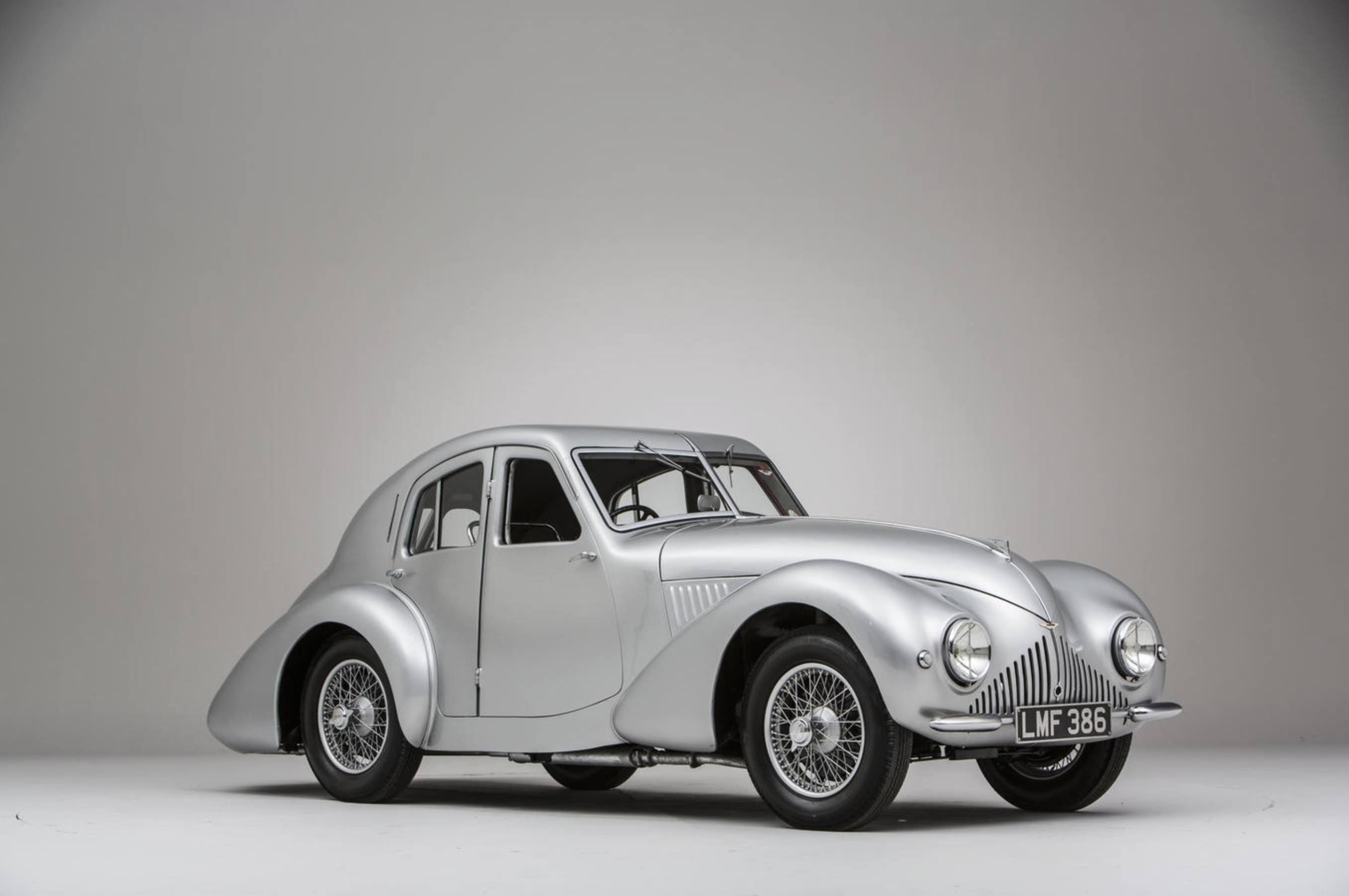