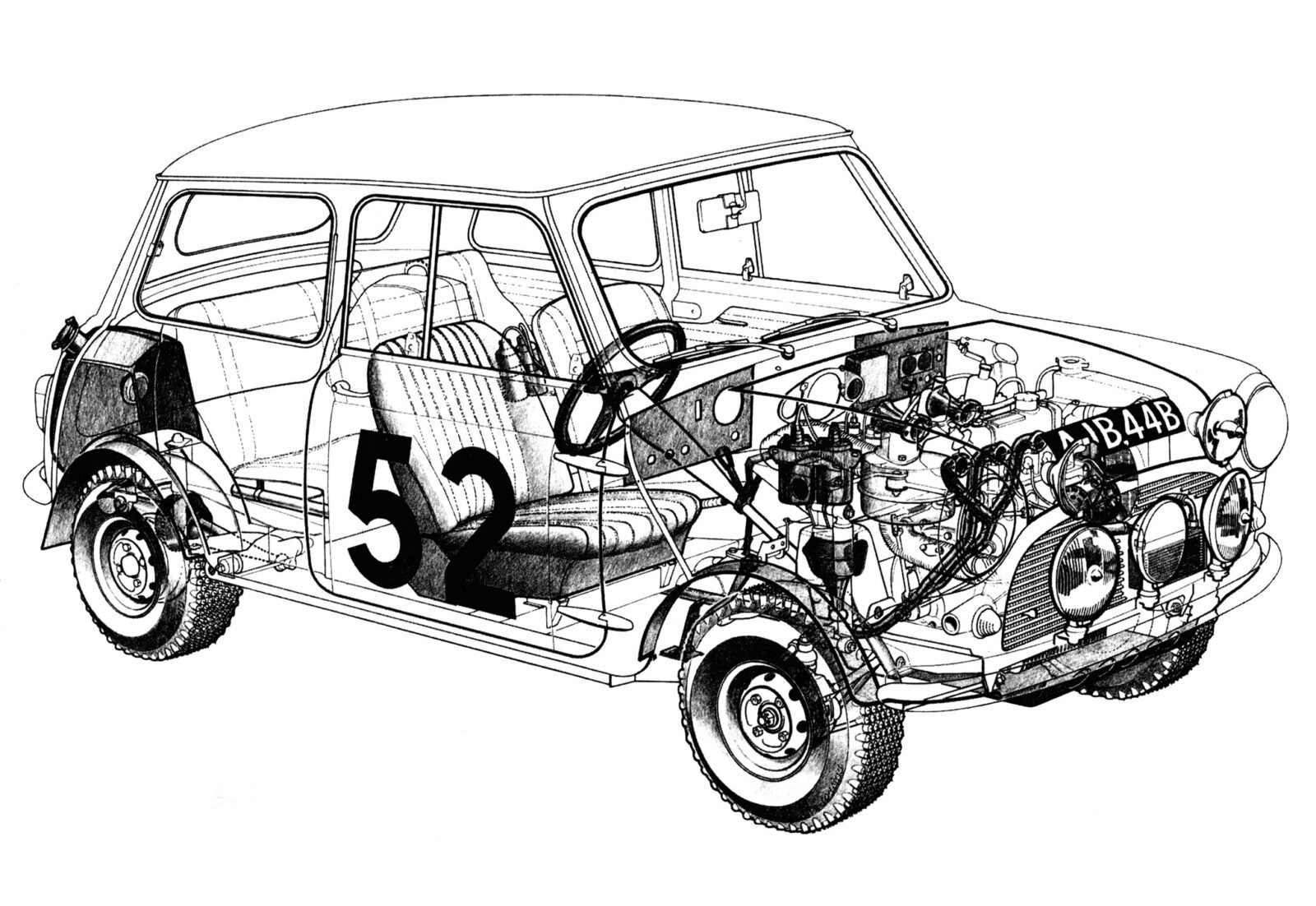 This is a cutaway of the now legendary #52 Mini Cooper S driven to victory at the 1965 Monte Carlo Rallye by the Timo Mäkinen / Paul Easter team. The variety seen in the field of cars that entered in ’65 was extraordinary, the second and third place finishers were Eugen Böhringer / Rolf Wütherich in a Porsche 904 and Pat Moss / Ann Wisdom in a Saab 96 – it’s highly unlikely we’ll ever see that much variety in an international level rally event again. 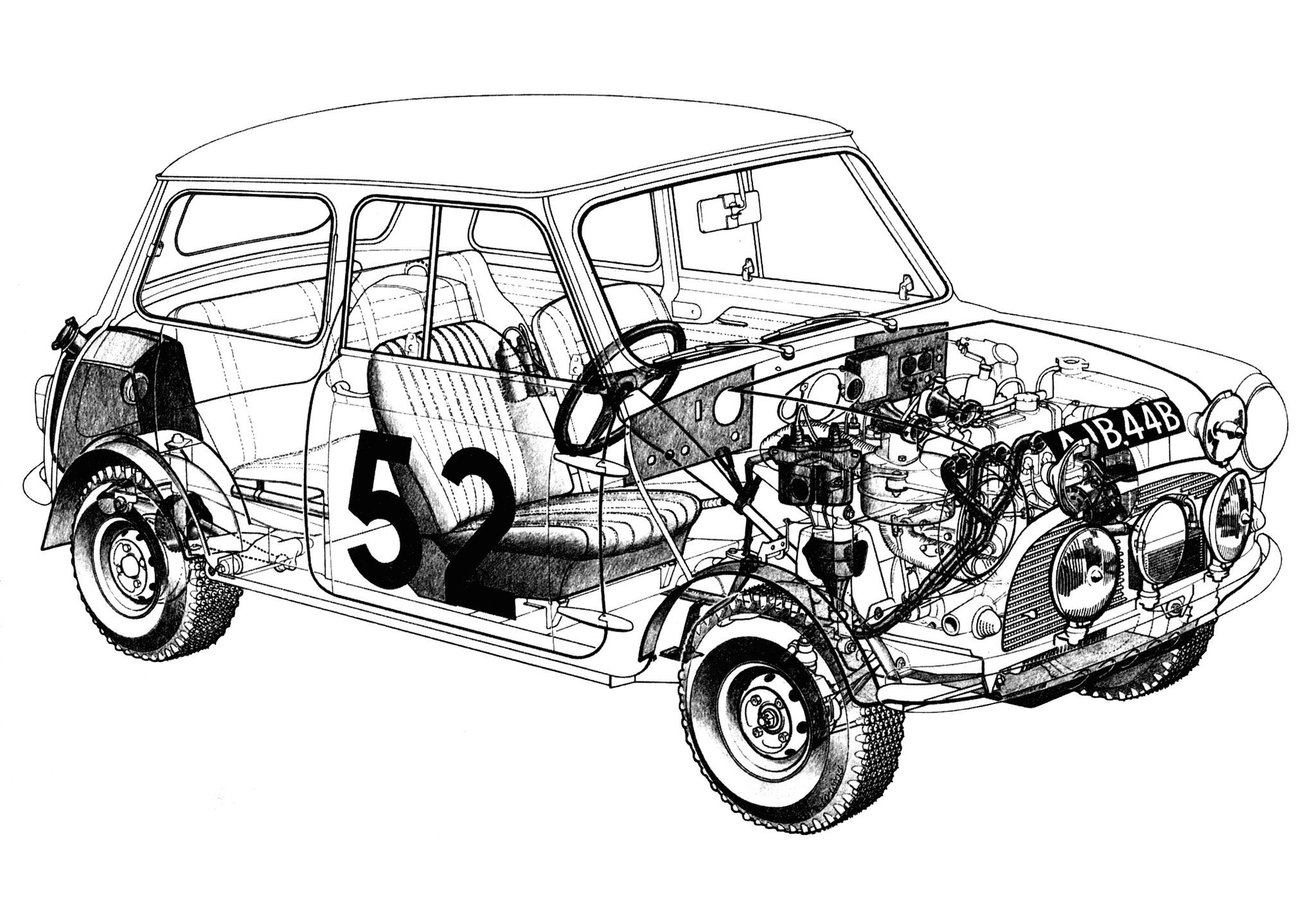