Mini Tee by Cars for a Cure Apparel 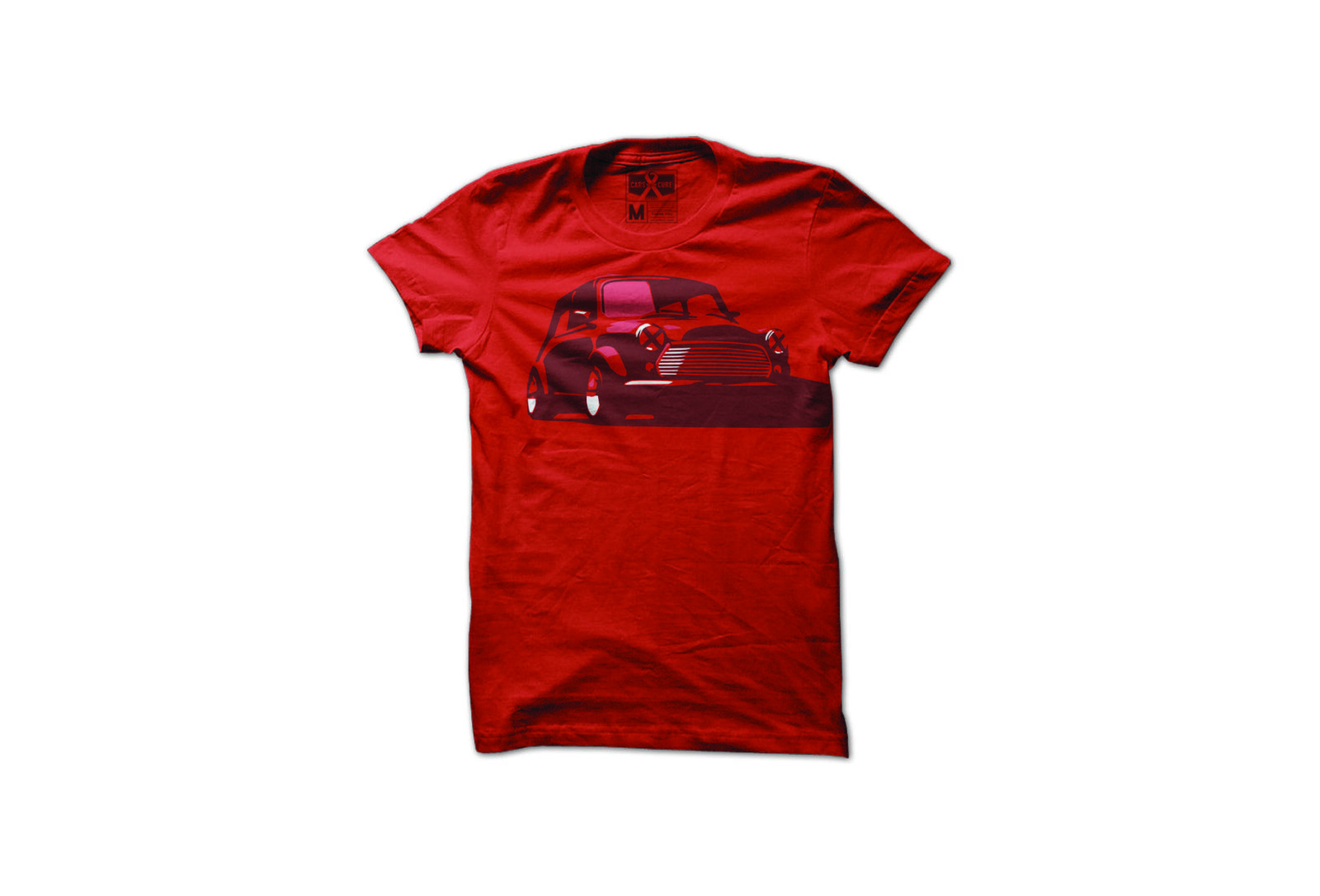 Cars for a Cure Apparel is a small company run by Mason Watson, a car designer who lost his mother to breast cancer in 2008 and founded the apparel label as a way to raise money for research. He donates 20% of gross revenue to breast cancer research and openly publishes the revenue information for transparency.

This tee is one of his newer designs, it features the inimitable Mini Cooper and is available on either a charcoal or red American Apparel, 100% ringspun cotton t-shirt in sizes from S to XXL. 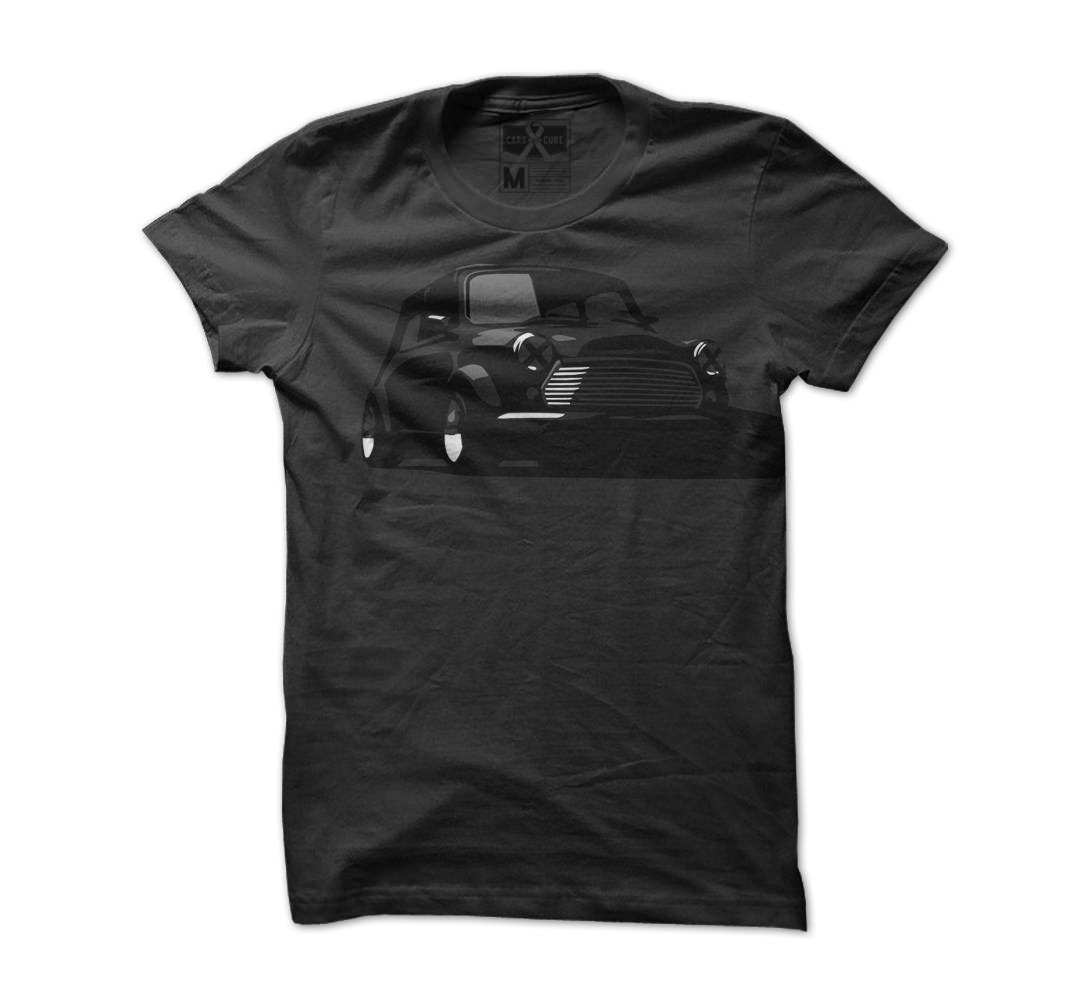 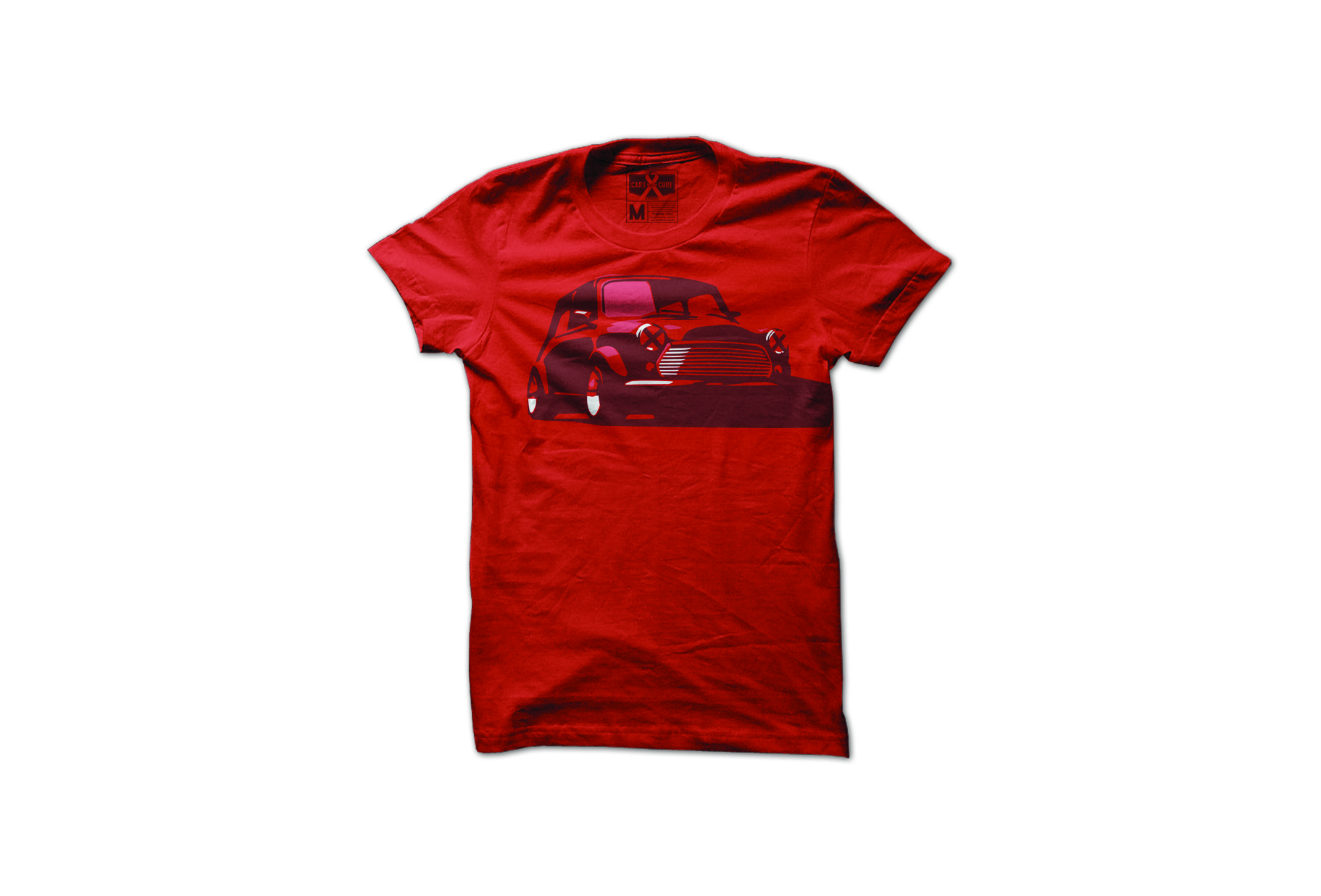