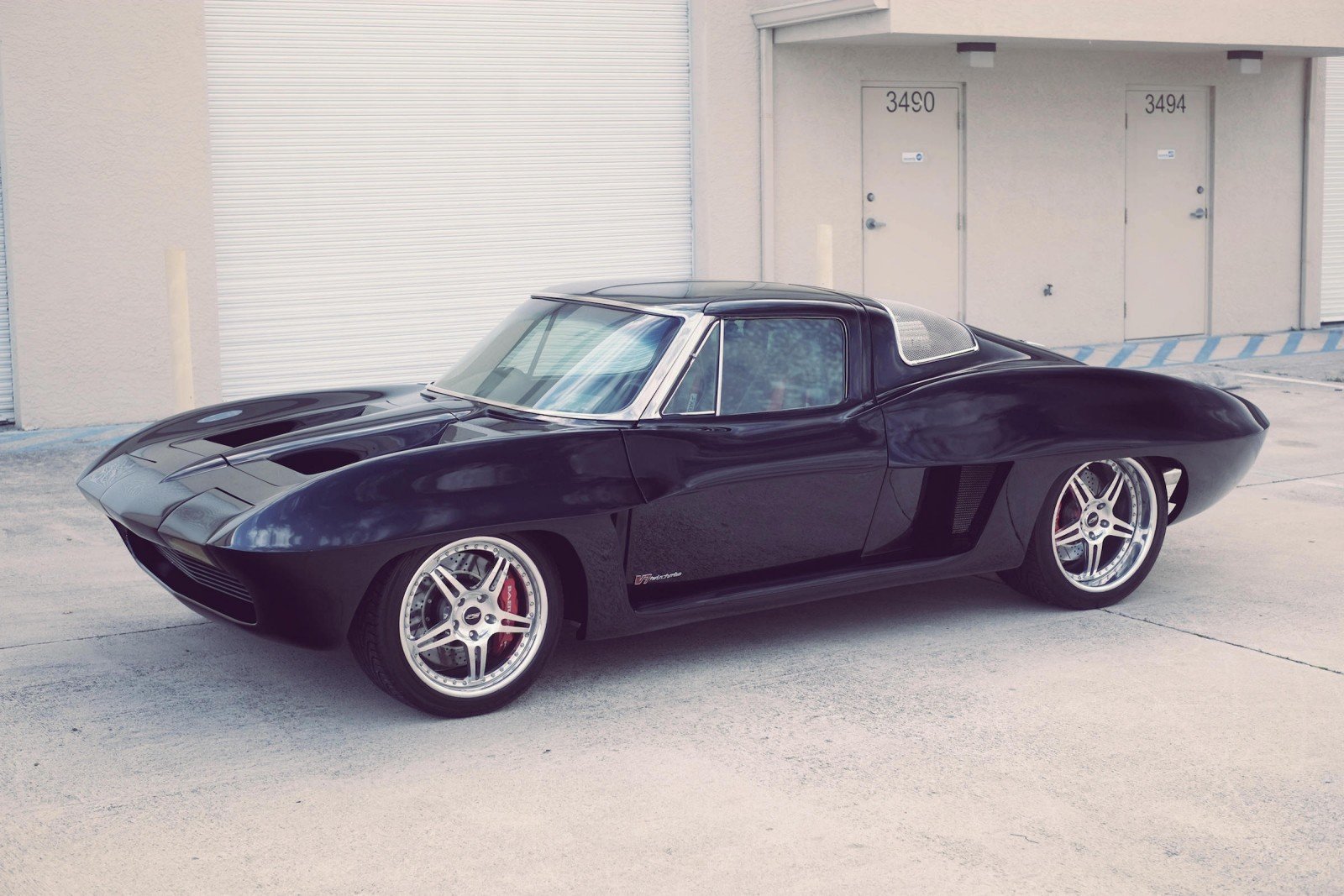 The Chevrolet Corvette is a car that’s about 40 years overdue for a mid-engine layout. I’m sure the purists will wail and fling their faeces at me for saying that, but a Corvette with the engine in the back would be a Ferrari-killer with an almost blue collar friendly price tag. If that doesn’t spike your blood pressure then you’re on the wrong website, and you should probably head back to Creative Knitting Magazine before you get Castrol on your cardigan.

The rumour mill has been churning in recent months with news that Chevrolet have officially decided to offer a mid-engined version of the C8 Corvette, likely to drop in 2017. Many are speculating that it’ll have an entirely new engine and transmission, with a turbo or two to assist with fuel economy and emissions. It’s most likely that Chevrolet will keep the front-engined layout in the line up to appease the flat earthers, with the mid-engined car sitting at the top of the pricing structure.

It isn’t widely known that Chevrolet actually approved a mid-engined Corvette for production in 1977, it was called the Aerovette and it was first shown to the public in 1970 at the New York Auto Show.

The program was killed and revived a number of times before it was officially rubber stamped for production starting in 1980, sadly the man who approved it retired in 1977 and the program was then cancelled by his successor. 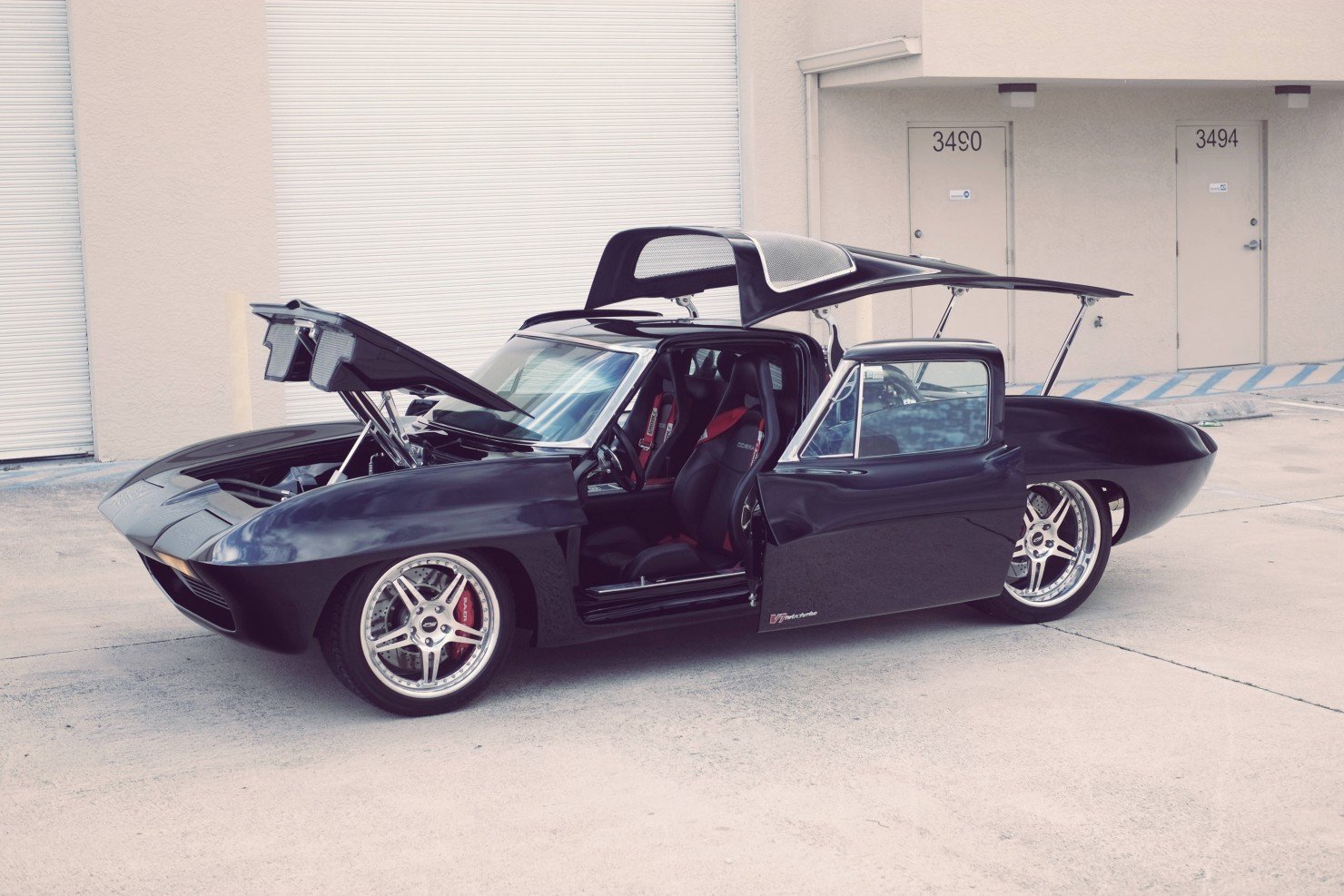 The Corvette you see here is a design study of sorts, the creators wanted to create what they thought Chevrolet would have built if they’d chosen to compete with the Ferraris and Ford GT40 in the mid-1960s. It’s been designed to closely resemble the styling of the C2 Corvette, with the passenger compartment moved forward and the engine now housed just in front of the rear wheels.

Rather than sticking to ’60s era engineering under the surface, it was decided that the car would be built to modern specifications – including a twin turbo Chevrolet LS V8 capable of 1000hp and 982ft lbs of torque. Power is sent to the rear wheels via a custom built Mendeola transaxle and shifting is achieved using steering wheel mounted Master Shift paddles.

The chassis was designed and built with the power-train in mind, so a dual ladder space frame was shaped from high-strength steel tubing. The wheels were designed by HRE and wrapped in Michelin’s widest production tires, the interior was kept minimal and track focussed – there’s no stereo and your air conditioning needs can be attended to via the manual winding windows.

If you’d like to add this car to your collection you might be surprised to learn that it’s been valued at the not-too-crazy sum of ~$90,000, it’s due to be sold at the Auctions America Fort Lauderdale event on the 27th of March 2015 and you can click here to read the full listing. 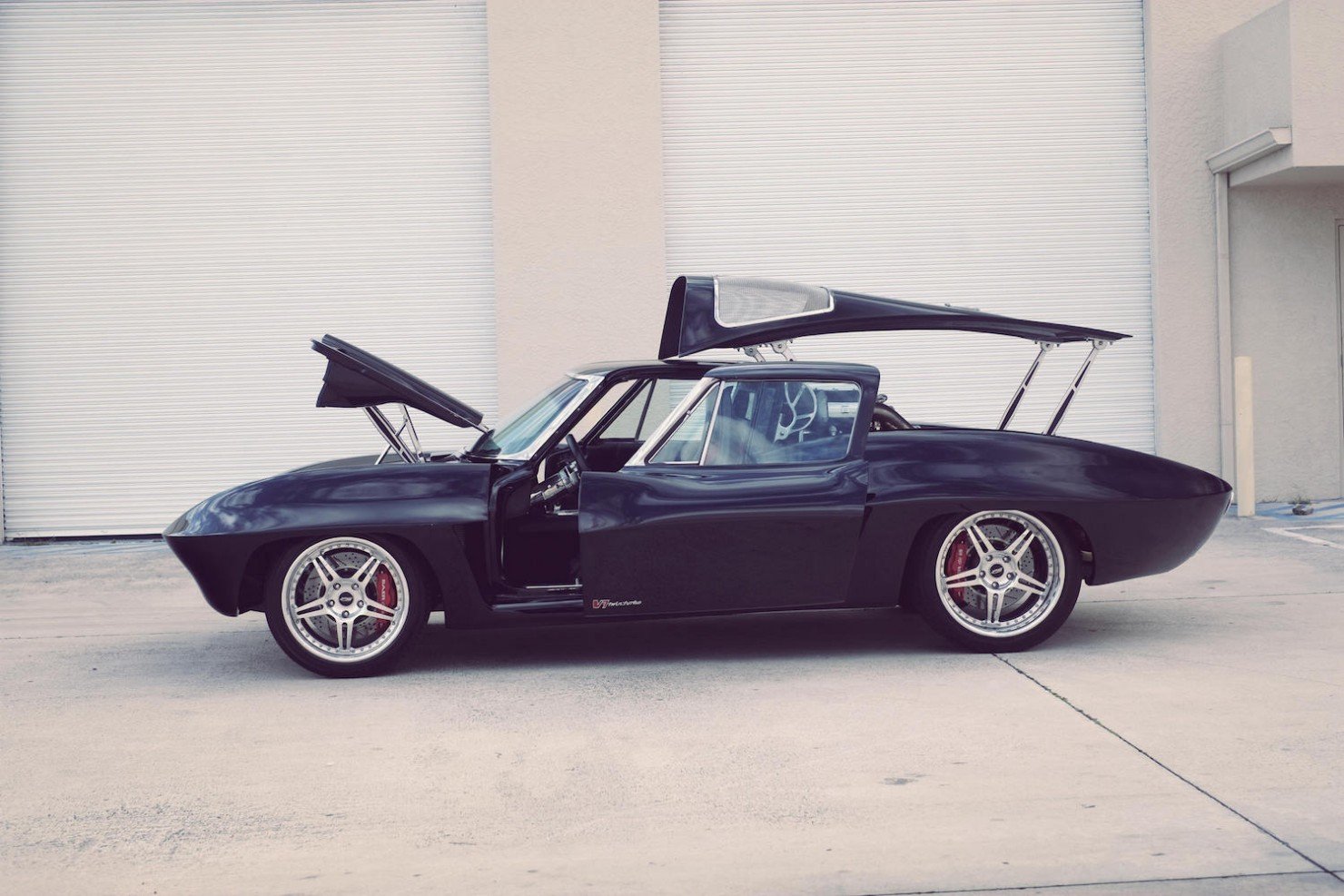 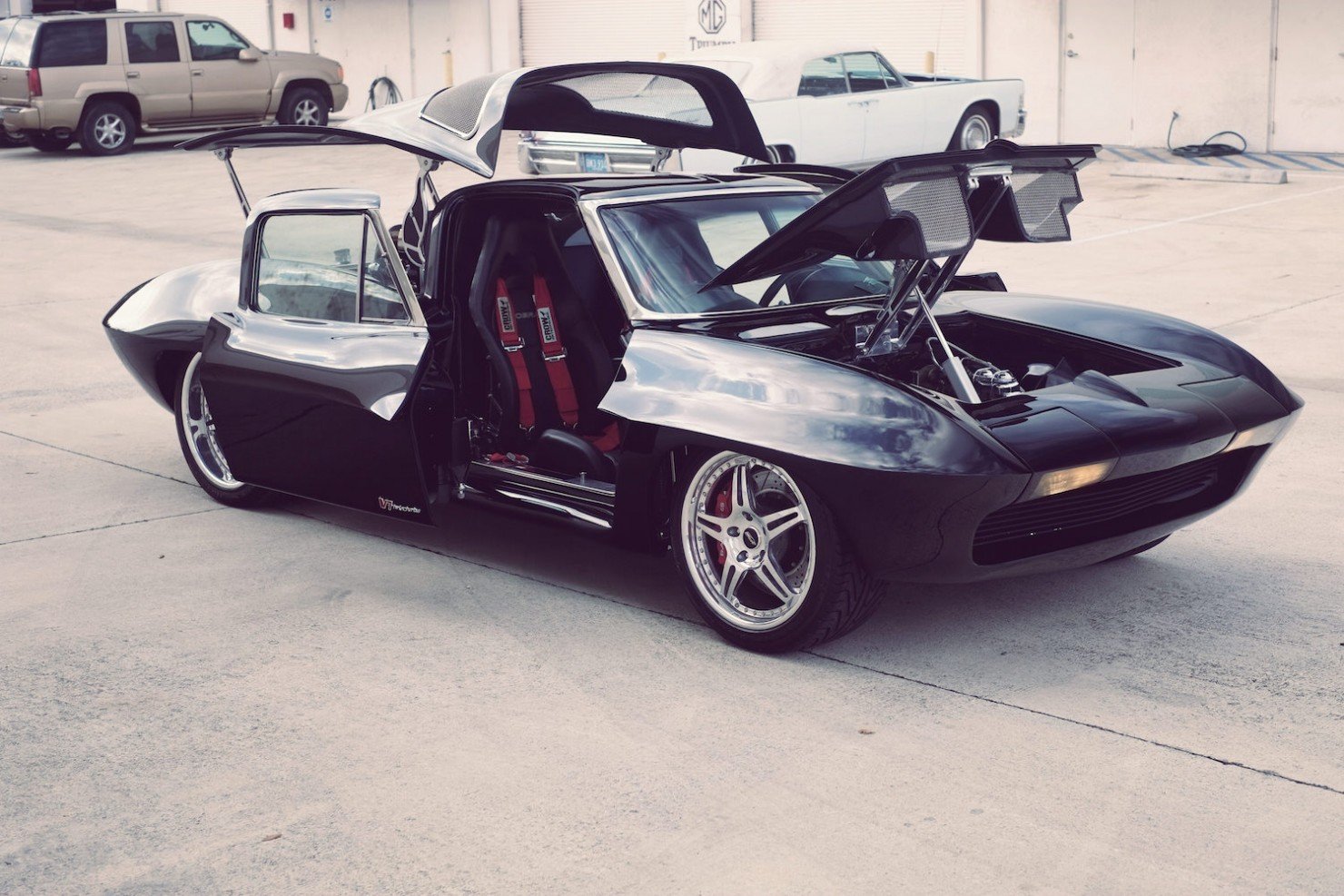 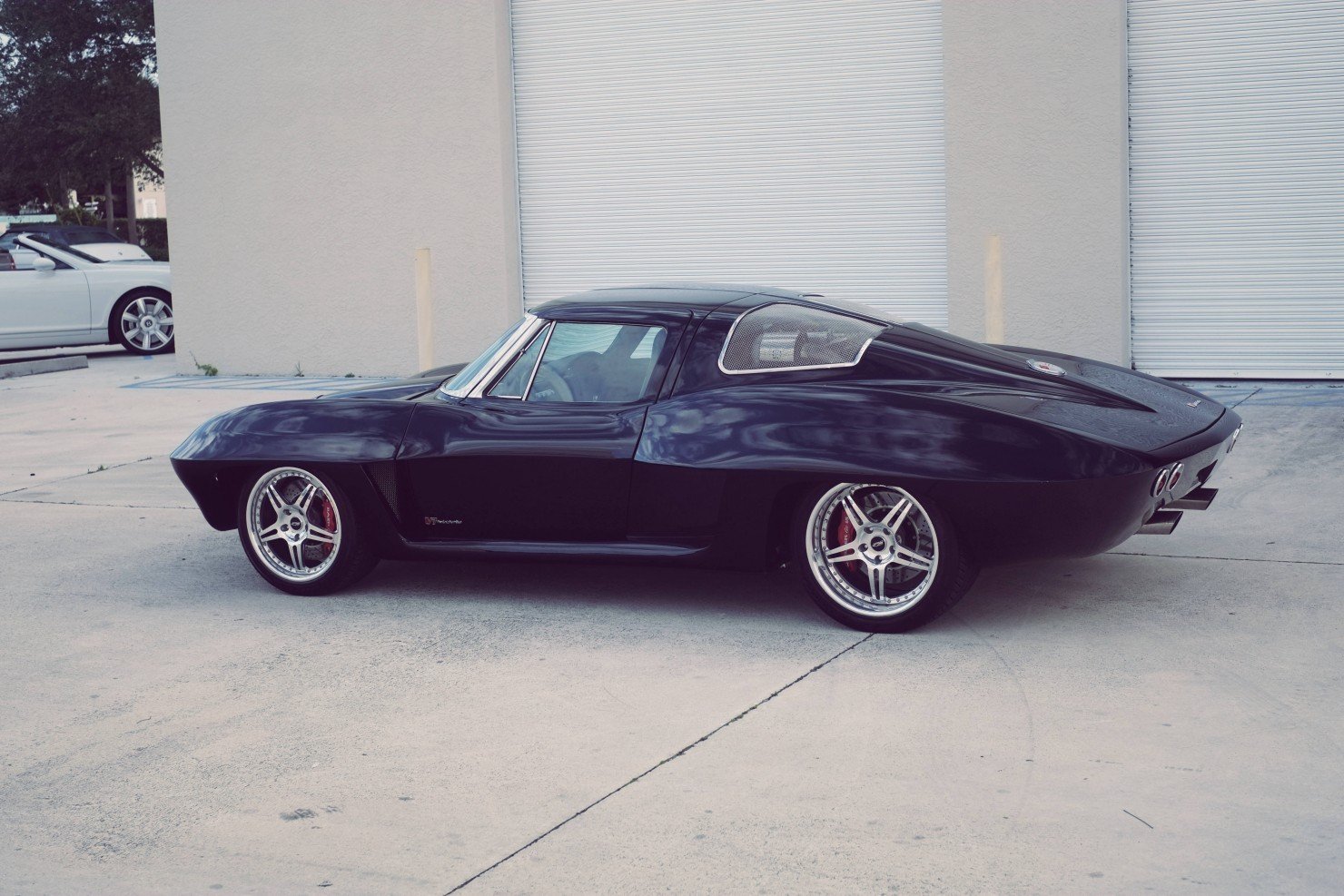 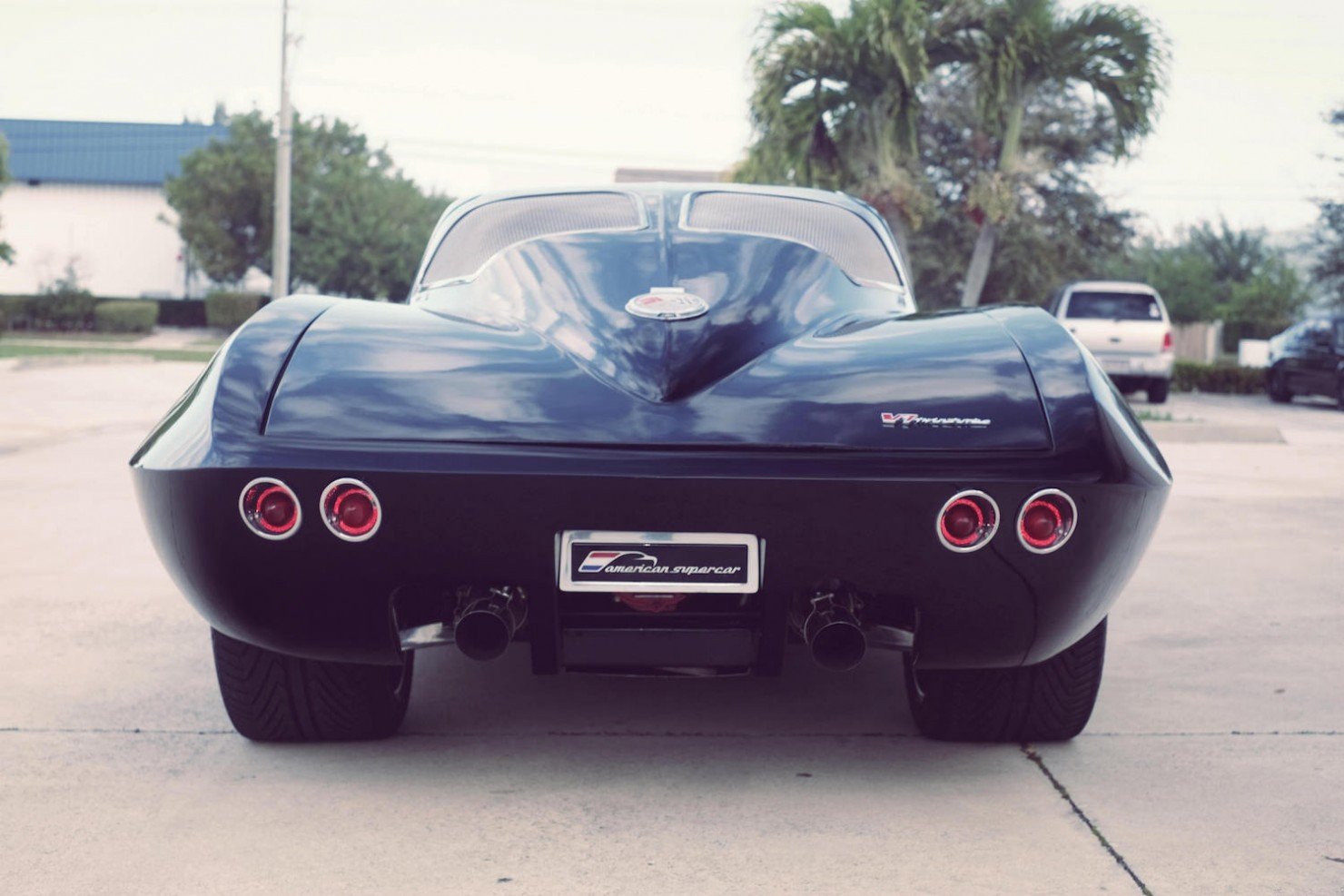 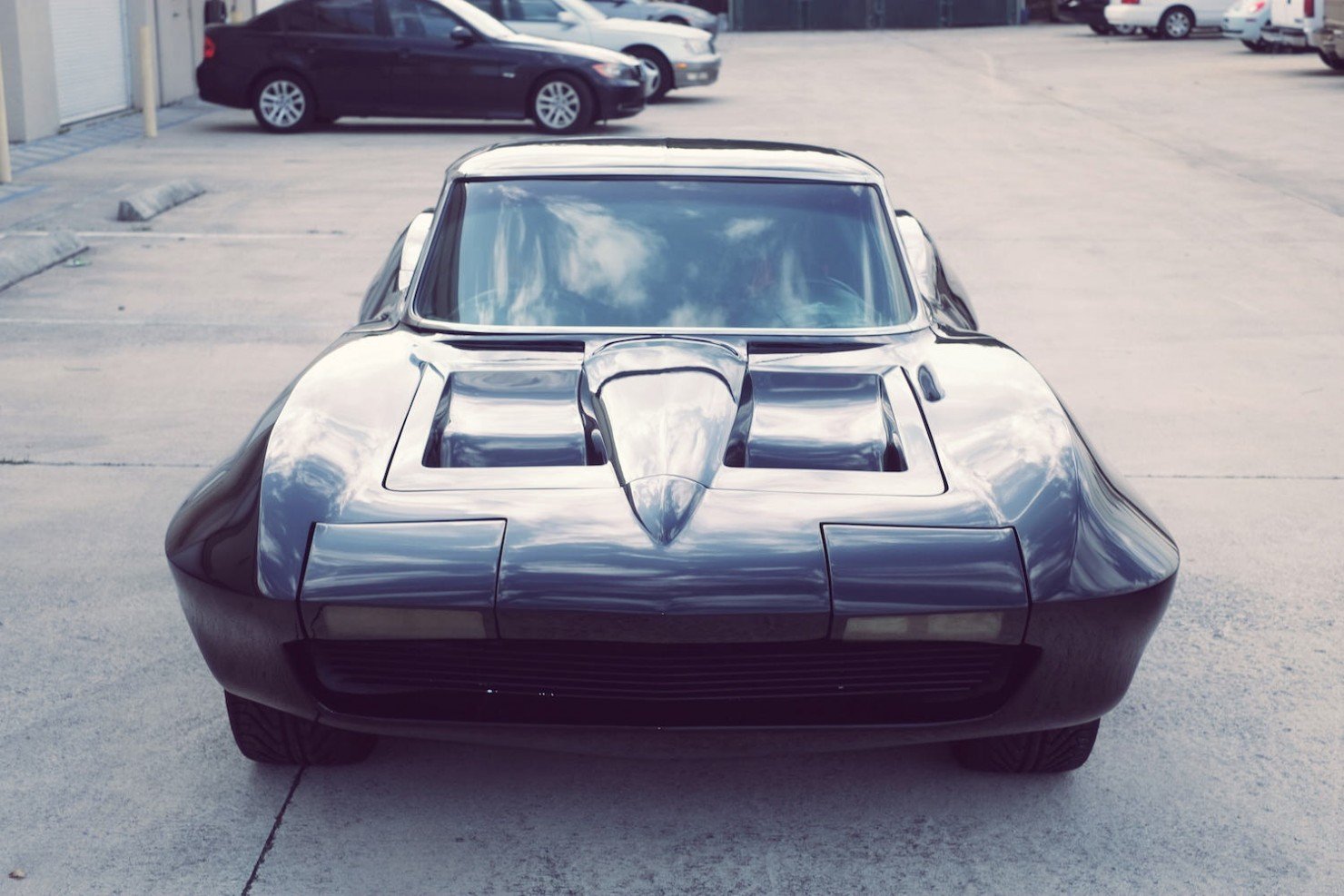 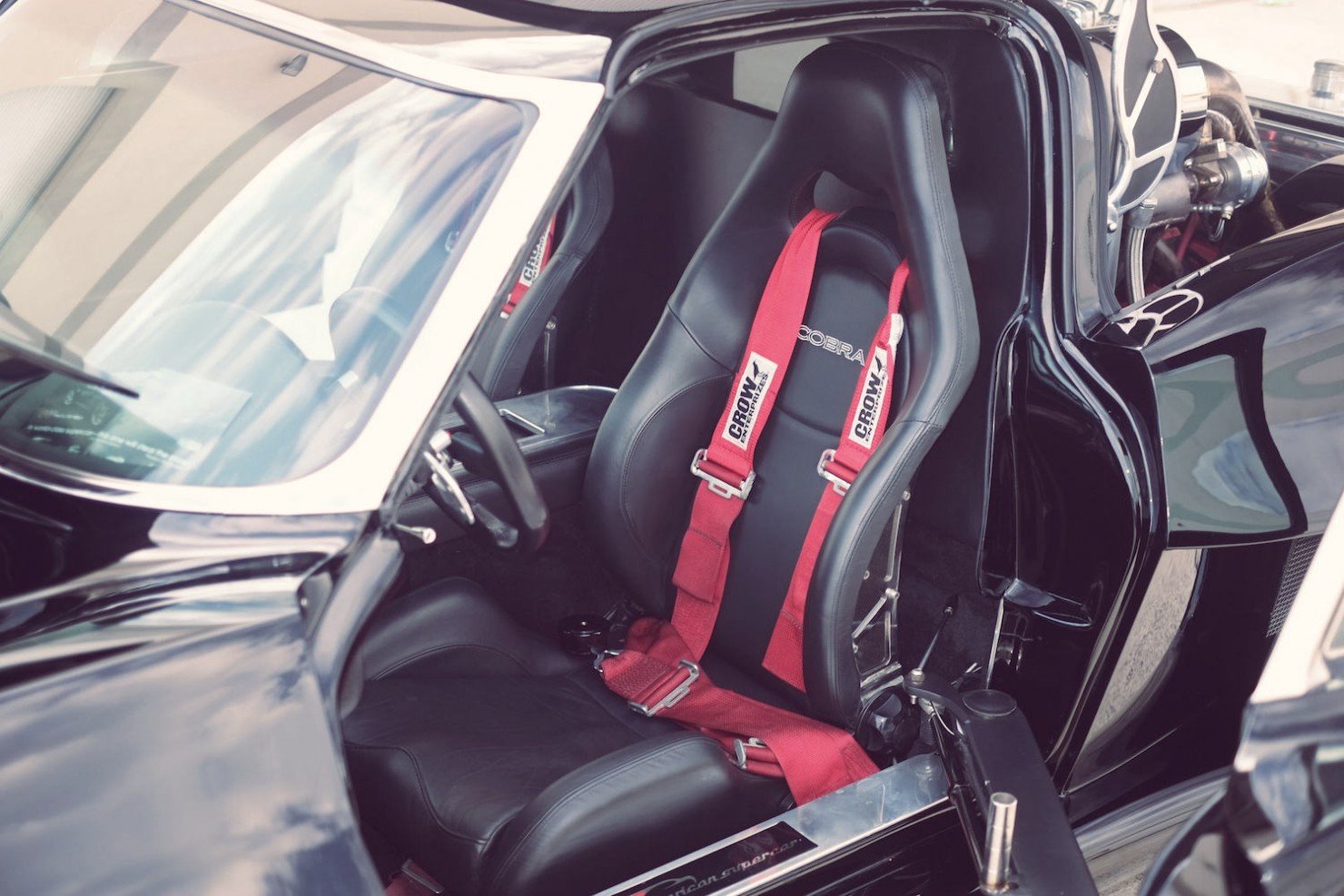 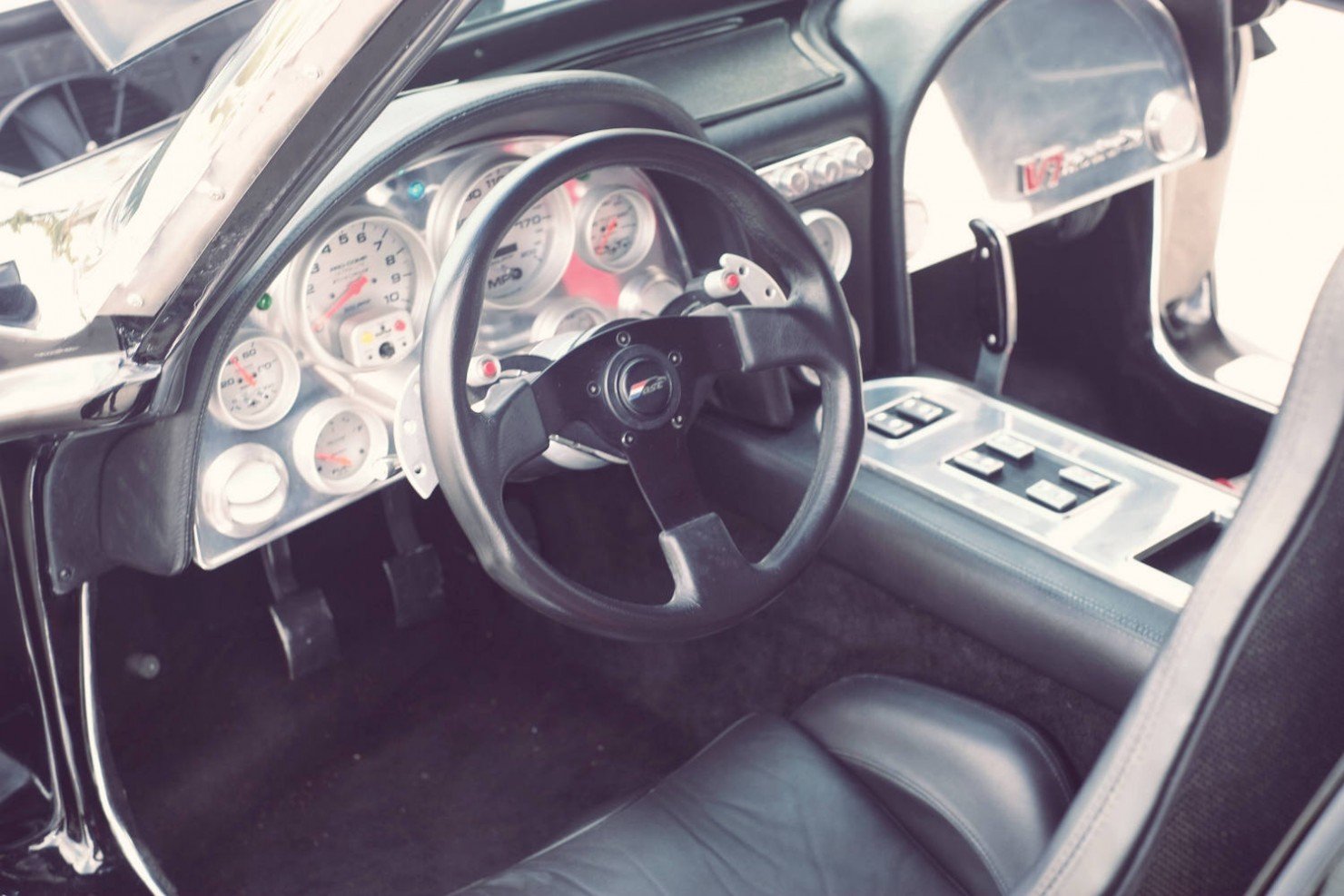 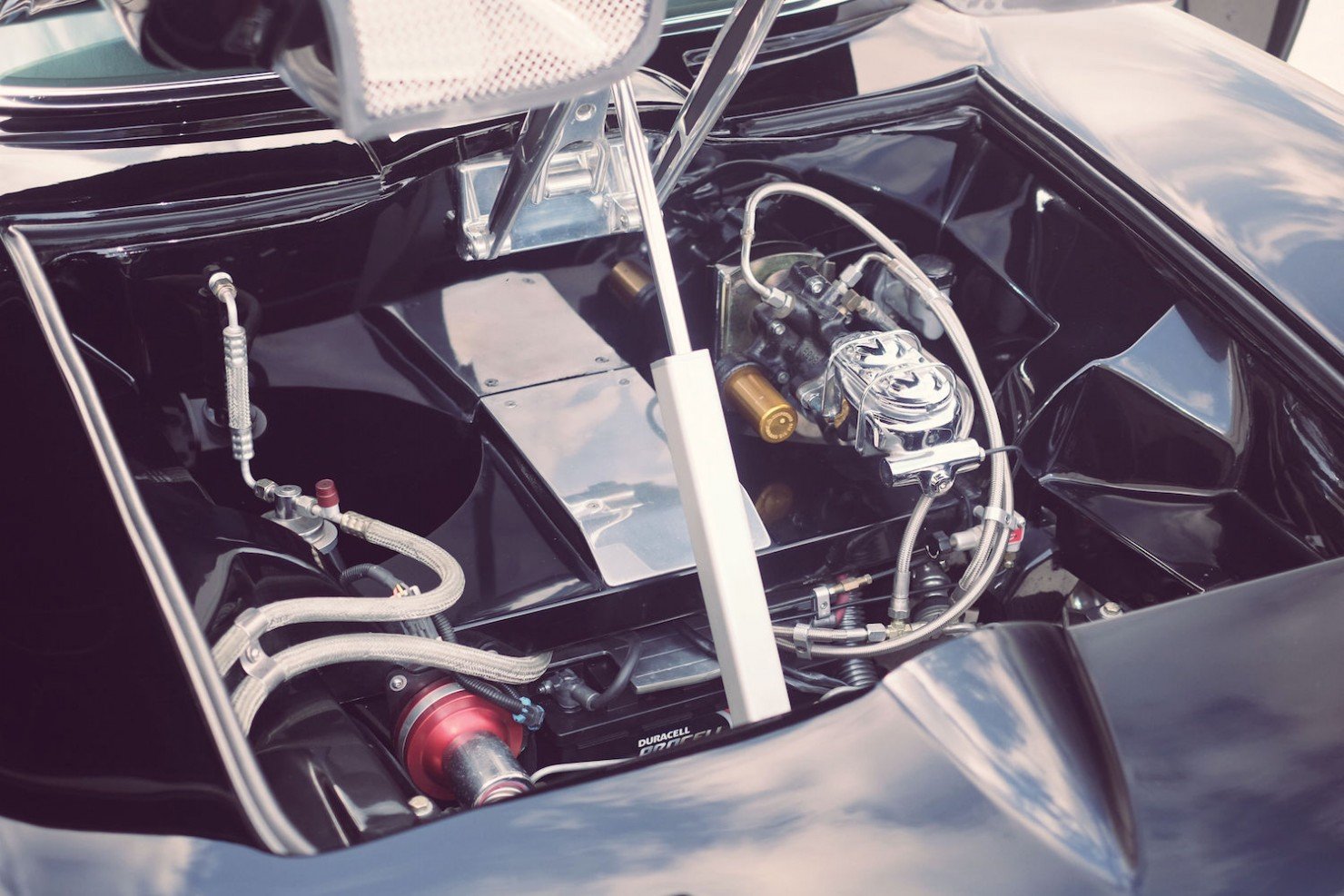 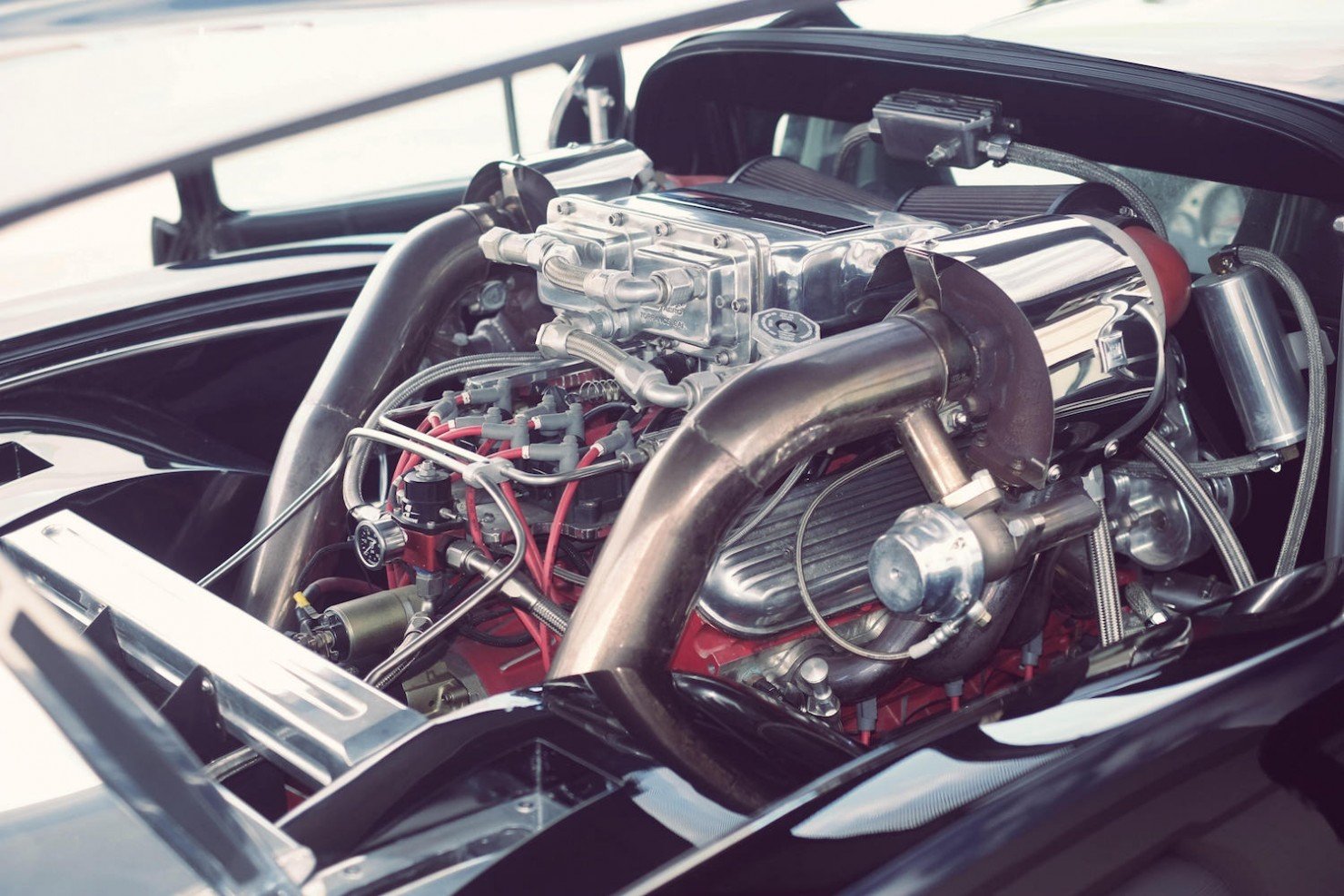 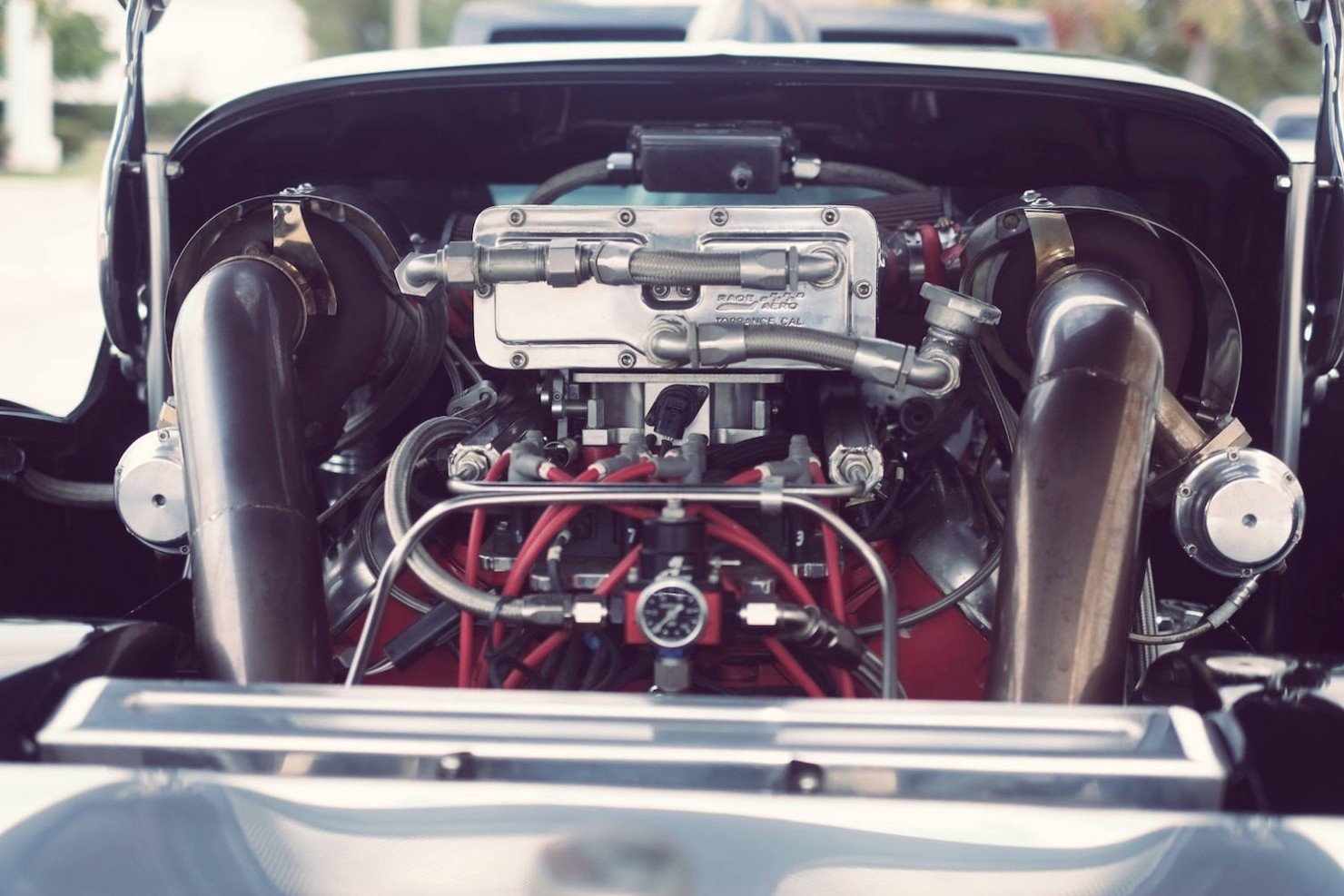 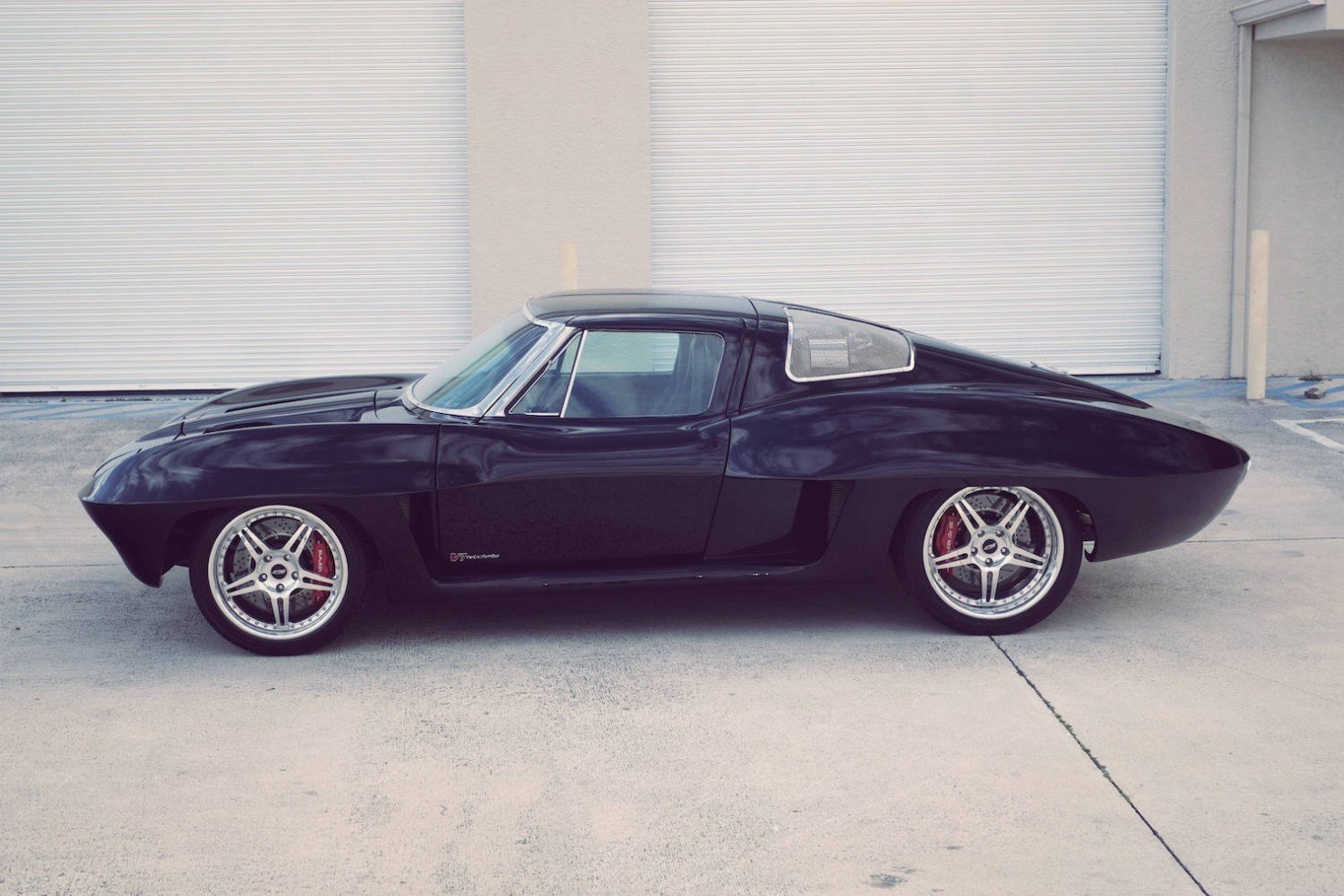