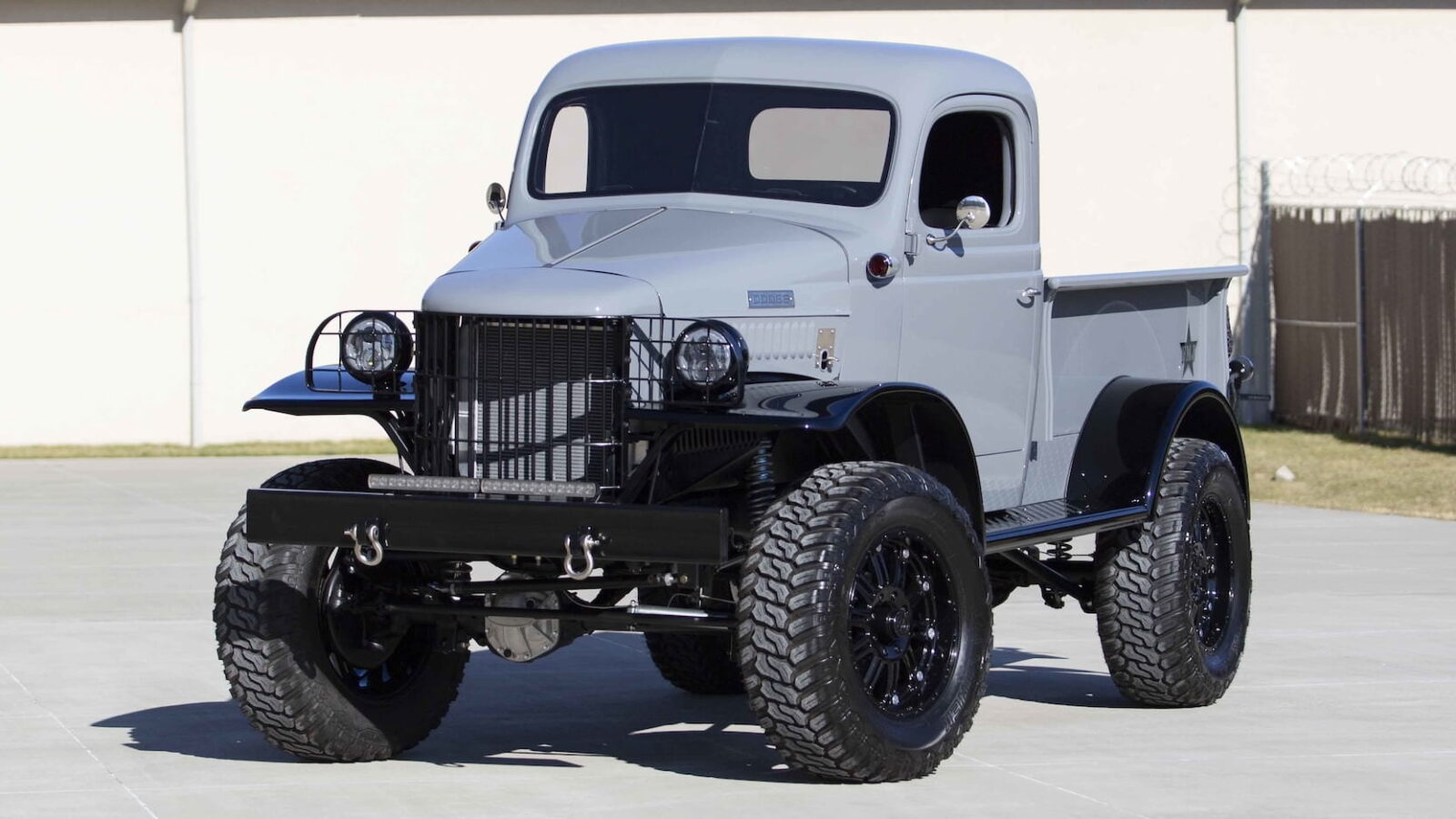 This is a significantly restomodded WW2-era Military Dodge Power Wagon from 1941 – the first year of direct involvement of the United States in the Second World War.

Whereas the military Power Wagon, called the Dodge WC series, was a spartan truck designed to be mass produced and as tough as possible, this vehicle features a slew of upgrades to make it more powerful, more capable, and more easy to live with on a day to day basis.

The Dodge Power Wagon was introduced in 1946 as the first civilian mass-production 4×4 truck, it quickly earned an essential place in the agriculture industry with farmers who loved its load-carrying ability and front/rear power take off (PTO) for operating farm equipment. 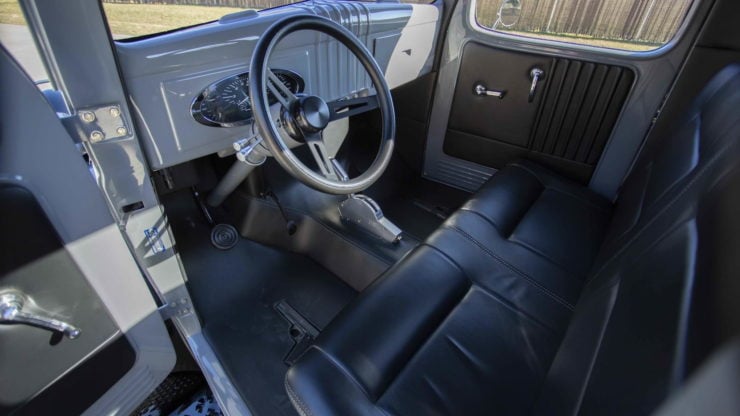 Outside of the agriculture industry the Power Wagon became an essential vehicle for oil exploration, geology, forestry services, rural fire departments, and park rangers. The ability to carry significant loads while covering rough terrain proved invaluable, and this ability largely come from the vehicle’s DNA, as it was based directly on the Dodge WC series of 4×4 trucks uses during the Second World War.

Countless thousands of examples of the Dodge WC series were built and they were deployed extensively in both the European and Pacific theatres of war. As the war was drawing to a close in 1945 Dodge began developing a civilian version of the truck that would have a fully enclosed cab and other considerations for use away from the battlefield.

This restomod started with an original 1941 vehicle, a custom chassis was developed for it and the body was restored before being fitted. The new chassis was fitted with custom triangulated 4-link suspension front and rear with 30 inch shock absorbers, new axles were also fitted front and back to handle the far higher power output from the new 3.9 litre 4BT Cummins turbo diesel engine.

This new engine is mated to a TH350 automatic transmission, creating a drivetrain with considerably more torque and horsepower than the original, and more off-road ability thanks to the new suspension and 37 x 13.5 Maxtrek Mud Trac tires.

Inside the cab you’ll find Italian leather upholstery on the seats and doors, a hidden compartment in the floor panels for a handgun (or water pistol, your choice), Dakota Digital gauges, a B&M shifter, an Ididit steering column, and a minimalist aesthetic that fans of the original trucks will appreciate.

In the back you’ll find a custom Brazilian hardwood bed accented by hand-brushed nickel with a total length of 8 feet, although it’s fair to say the new owner probably won’t be hauling anything that could scratch the wood. 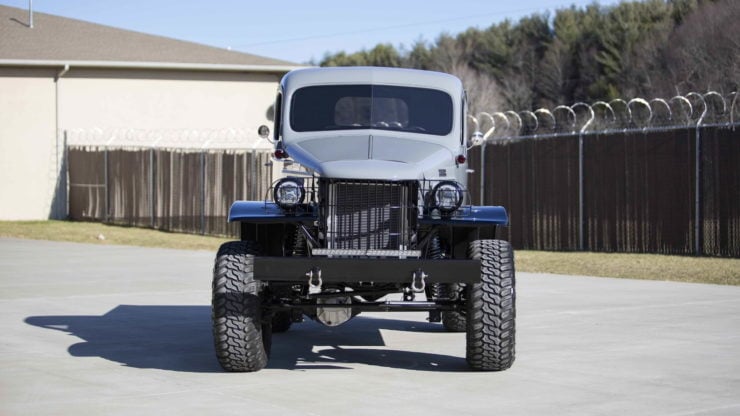 Upon completion of the build the truck was named “Full Metal Jacket”, it’s since been featured in Mopar Collectors Guide, Hot Rod magazine, and Truckin’, and it’s been the feature vehicle for Prestone, Adam’s Polishes, Pilot Transport and Amsoil.

The truck is a multiple ISCA award winner at the Detroit and Salt Lake Autoramas, including awards for Best Truck Interior, Outstanding Truck, Best Engineered, and ISCA Top 10. The truck also has a Goodguys Builder’s Choice award.

The truck is due to cross the auction block with Mecum this month, there’s no estimate listed at the time of writing but you can click here if you’d like to read more about it or register to bid. 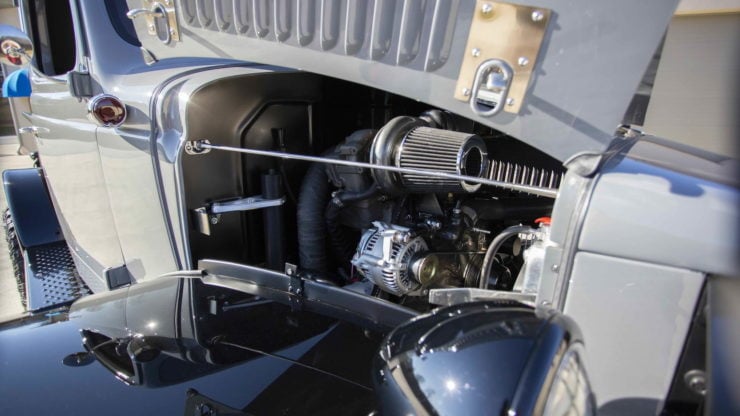 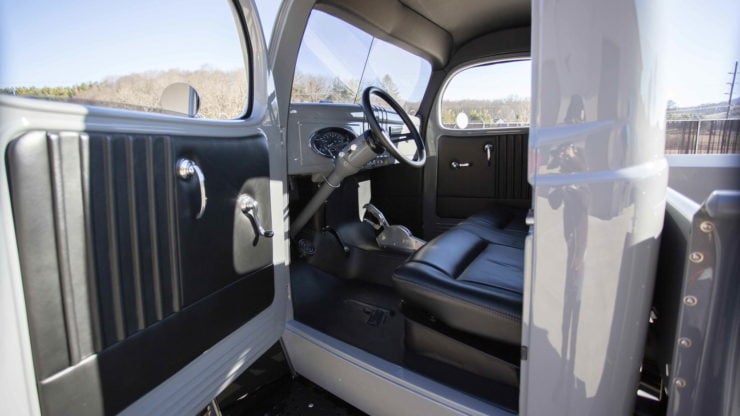 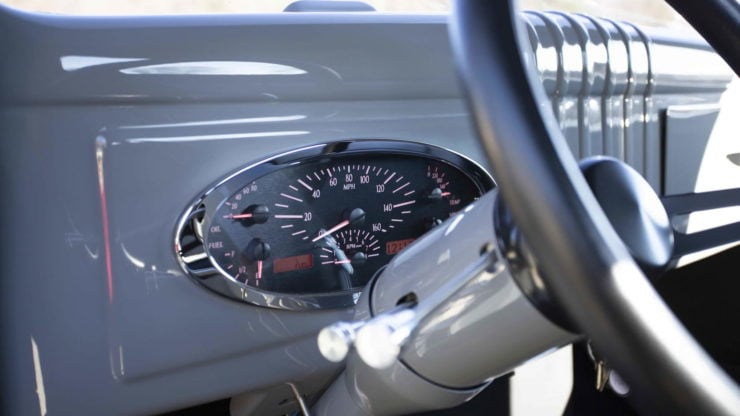 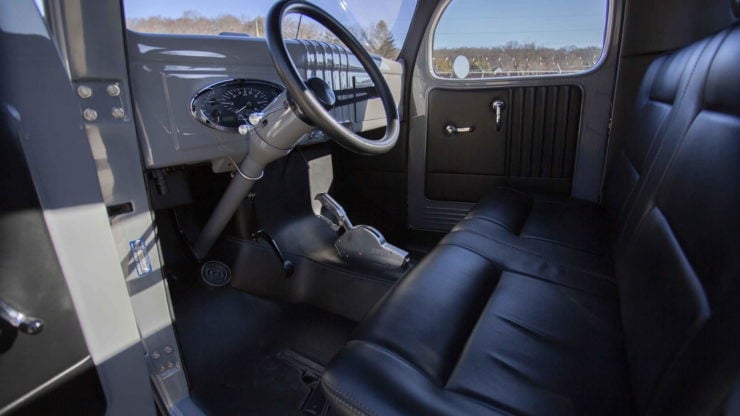 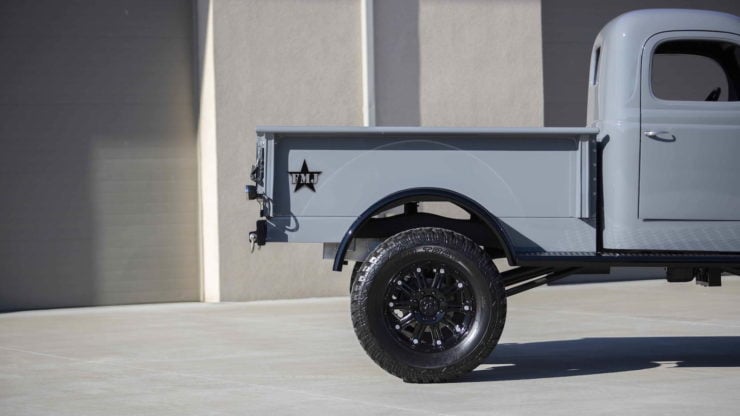 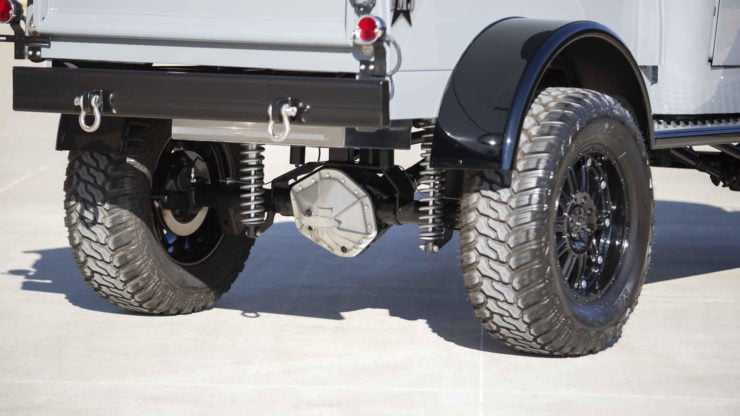 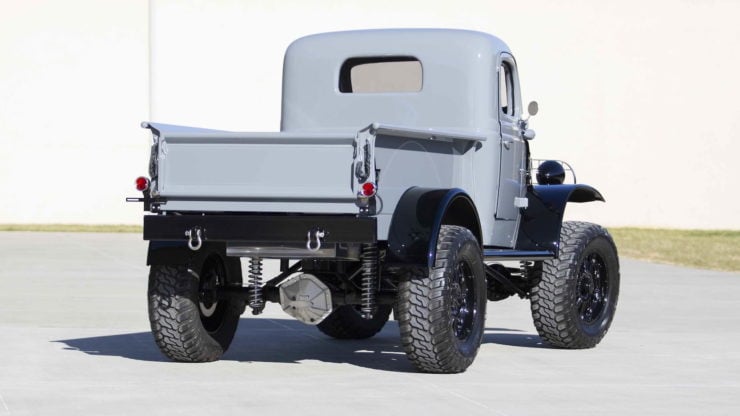 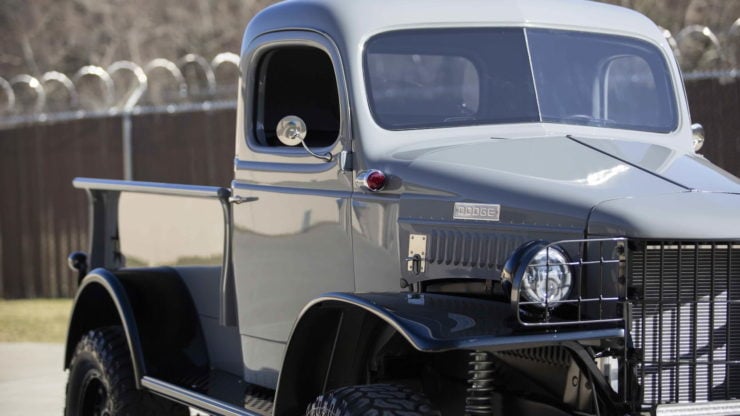 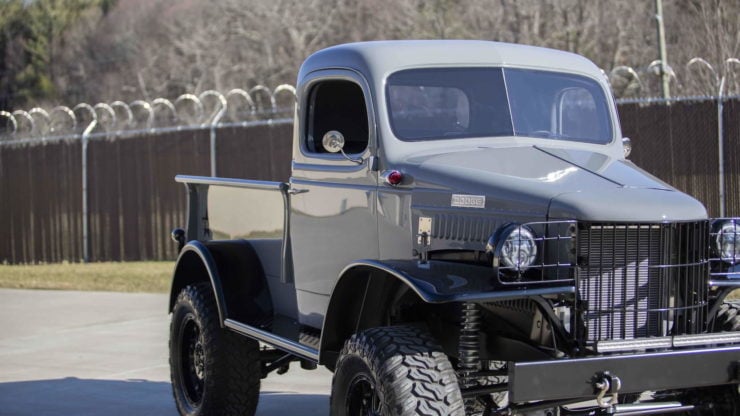 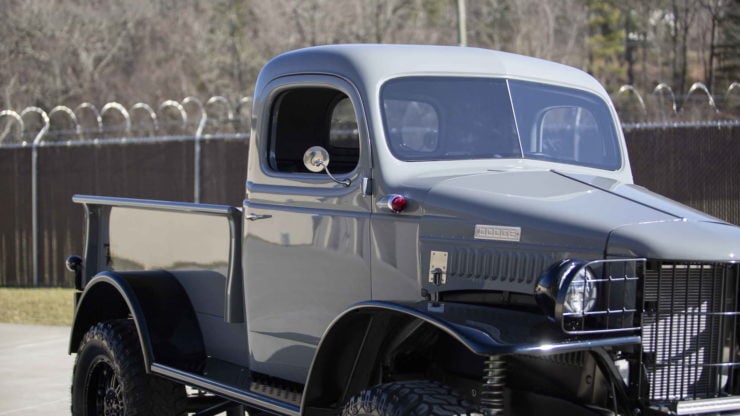 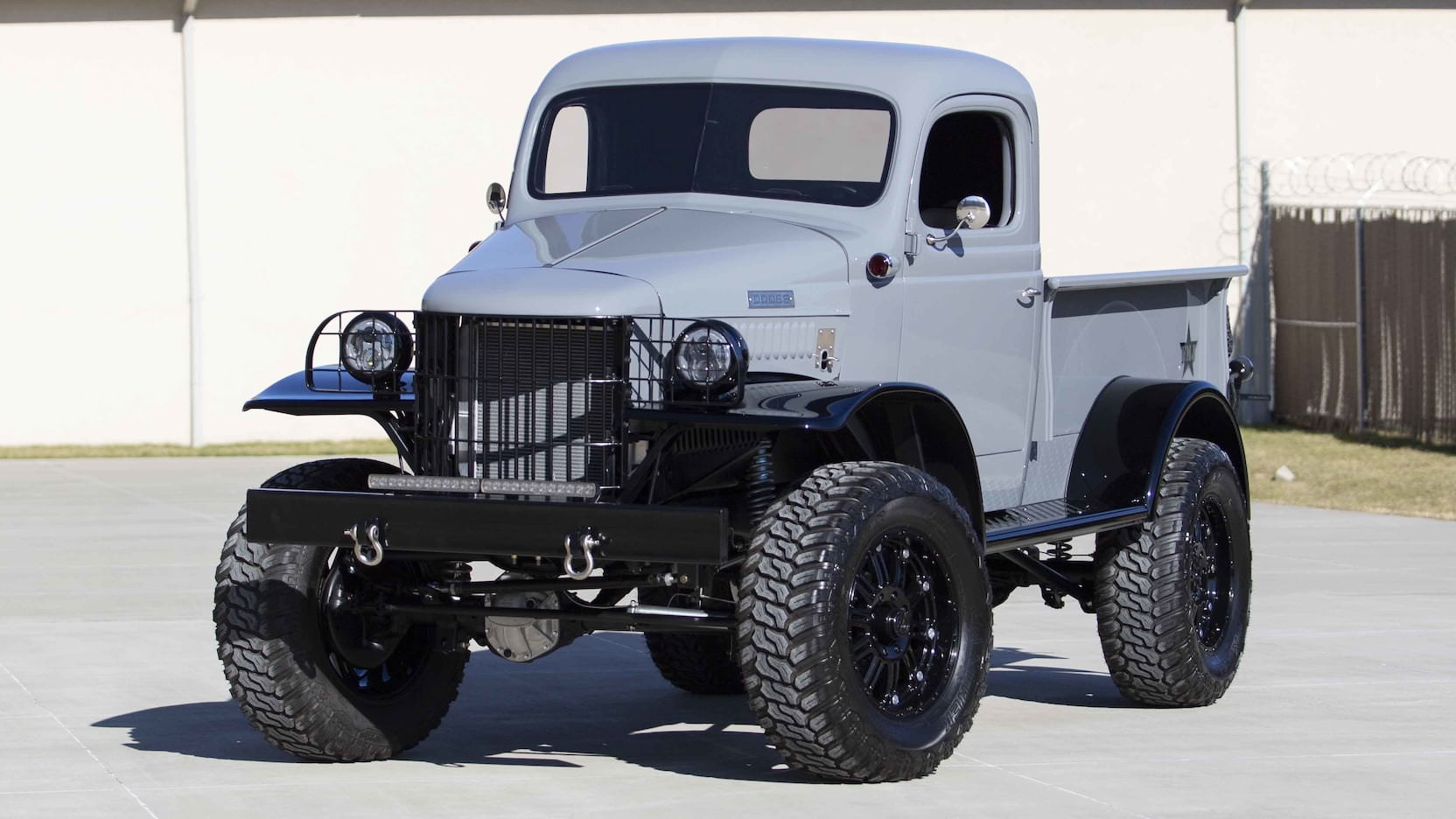