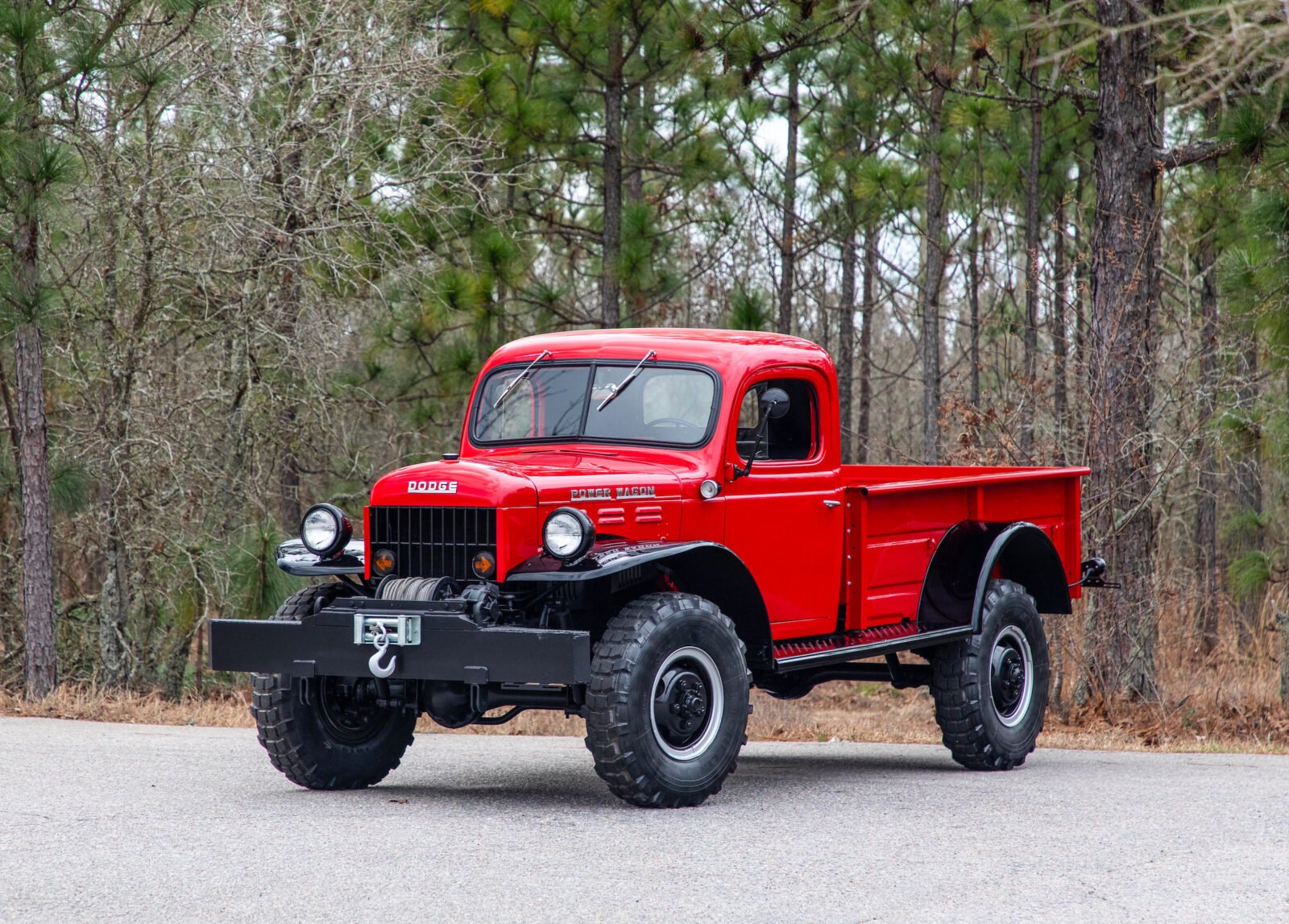 The Dodge Power Wagon was developed shortly after World War II due largely to popular demand – Dodge had built the almost indestructible 3/4 ton WC series of 4×4 trucks from 1934 onwards, during the war many young American men fell in love with their go-anywhere capabilities, and desired a civilian version for their own use.

Once the war was over a considerable number of the 3/4 ton WC trucks were sold into civilian hands, many ended up being used on farms and the demand for a civilian-specific version grew rapidly.

Unlike the military-spec WC series the new Power Wagon would need a fully enclosed cabin and a series of other small refinements to make it suitable for daily farm use in all four seasons.

When developing the new model the engineers at Dodge couldn’t possibly have known how huge the market for 4×4 civilian trucks would become, particularly in the United States. The austerity of the post-WWII period meant that almost all the parts used on the Power Wagon were sourced either from the military version or from other vehicles already in production.

Much like the WC series the Power Wagon had a steel ladder frame chassis, live axles front and rear with leaf springs, a four-speed transmission with part-time four wheel drive and a low/high range option.

The passenger cabin featured many comparatively luxurious options when compared to its military forebear, including wind up glass windows, a sprung padded bench seat, and even a heater. The styling was clearly influenced by the WC trucks, but it had been rounded off as little and possibly even made more aerodynamic, though I doubt any serious effort was made to make it more slippery.

An 8 foot steel box with a folding tailgate was fitted to the rear of the chassis, a spare tire is mounted to the right hand side, the front and rear fenders are simple curved steel sheets specifically designed to avoid mud build up, and there’s a winch up front for getting the truck out of trouble or doing farm work. 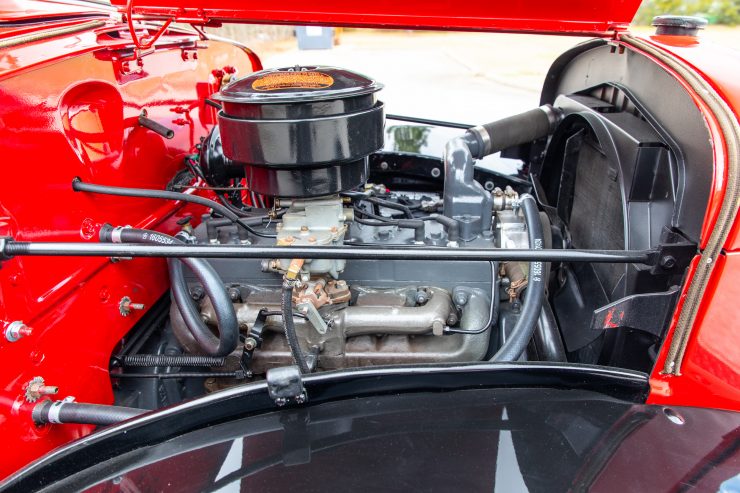 The engine used on the first generation Power Wagon was a 230 cu. in. (3.8 litre) flathead inline-6 made from solid iron, it was built from the ground up for truck use and featured a low 6.7:1 to 7.25:1 compression ratio (depending on year) allowing the use of low octane fuel.

Importantly the Power Wagon had a power take off from the front or rear, allowing the operation of pumps, saws, and other machinery – making it ideal for farmers, fire fighters, and forest rangers.

Dodge sold the Power Wagon from 1945 till 1980 in various guises, and they were sold around the world under the Fargo and De Soto brand names. 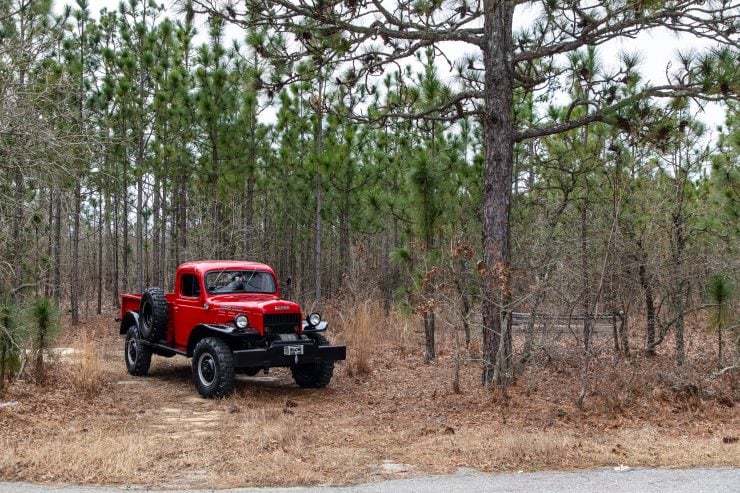 The Power Wagon you see here benefits from a comprehensive frame-off restoration, it’s powered by the classic 230 cu. in. straight-6 with the correct 4-speed manual transmission, a high-low range 4-wheel drive transfer case (with power take off), and it has the correct front-mounted winch.

During the restoration all the glass and trim was replaced, a new bed was installed (complete with new panels), and the interior was completely restored to correct specification for the year.

It’s fitted with a Truck Master heater for four season usability, and the under carriage, engine bay, and interior have all been thoroughly detailed.

If you’d like to read more about this truck or register to bid on it you can click here to view the listing. 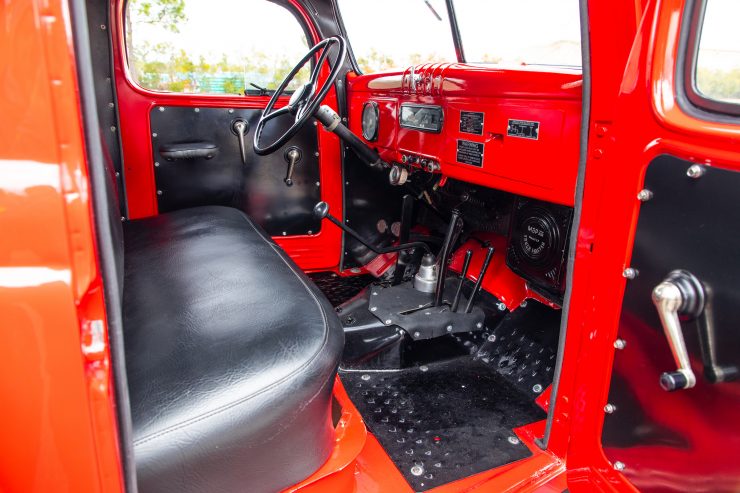 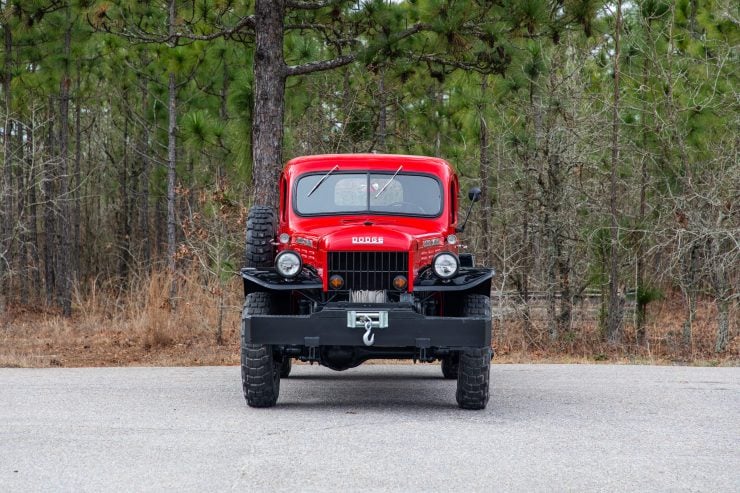 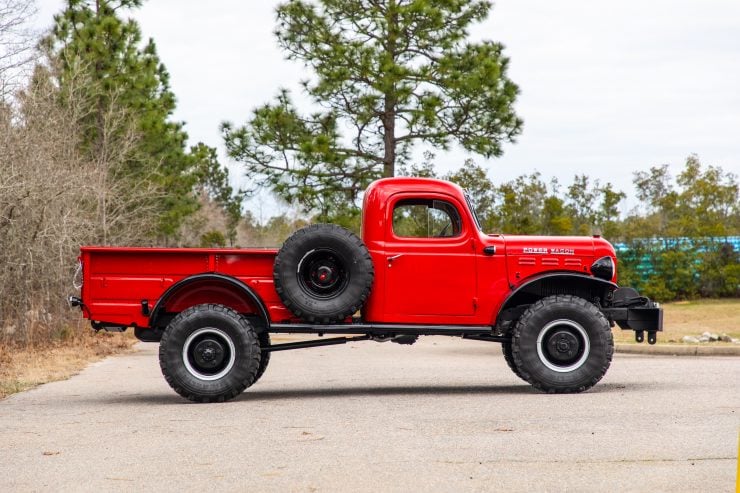 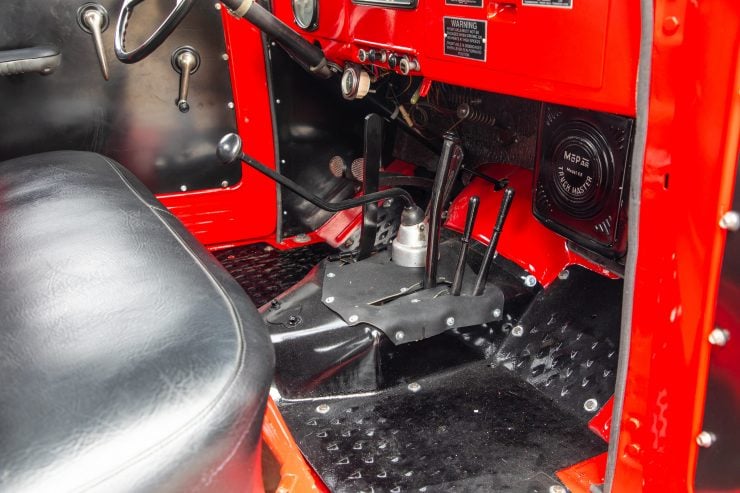 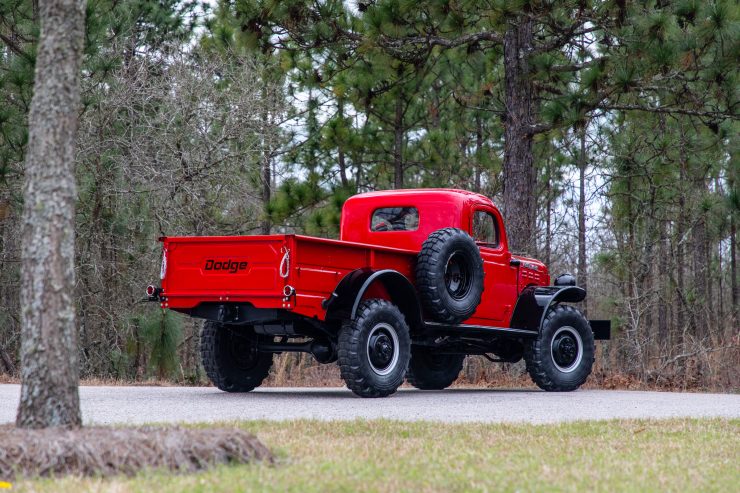 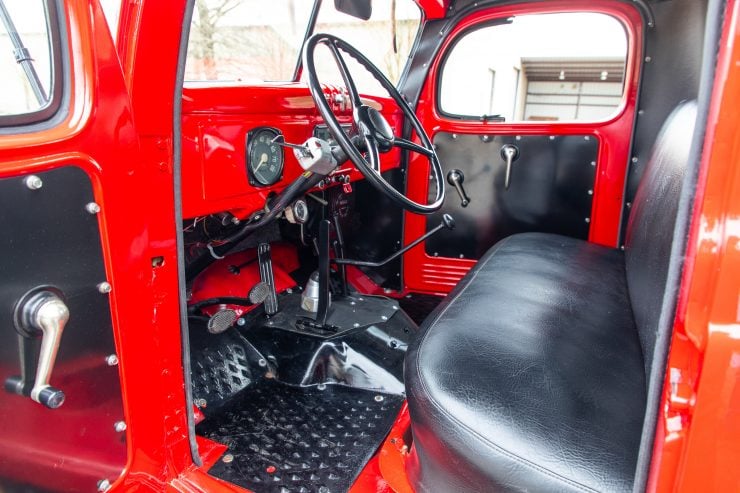 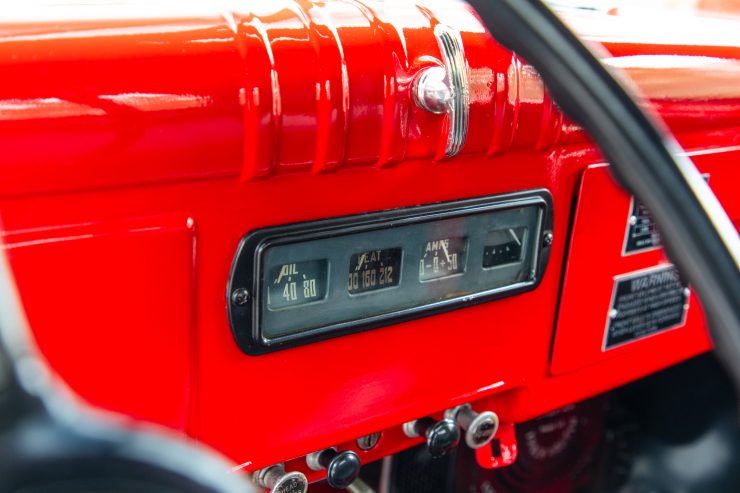 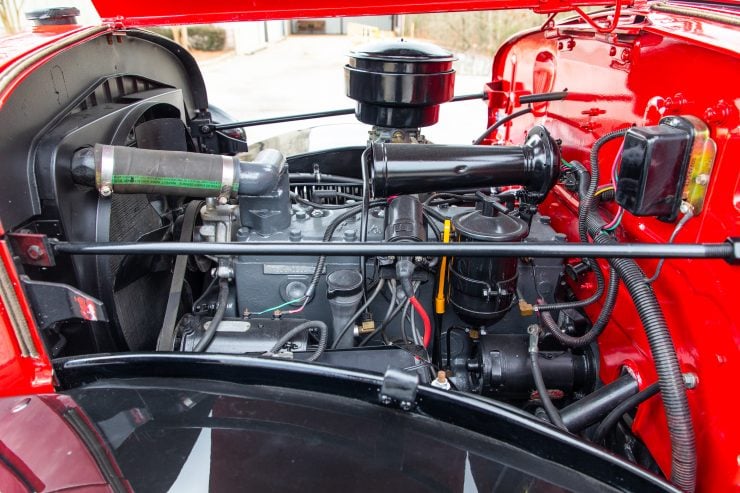 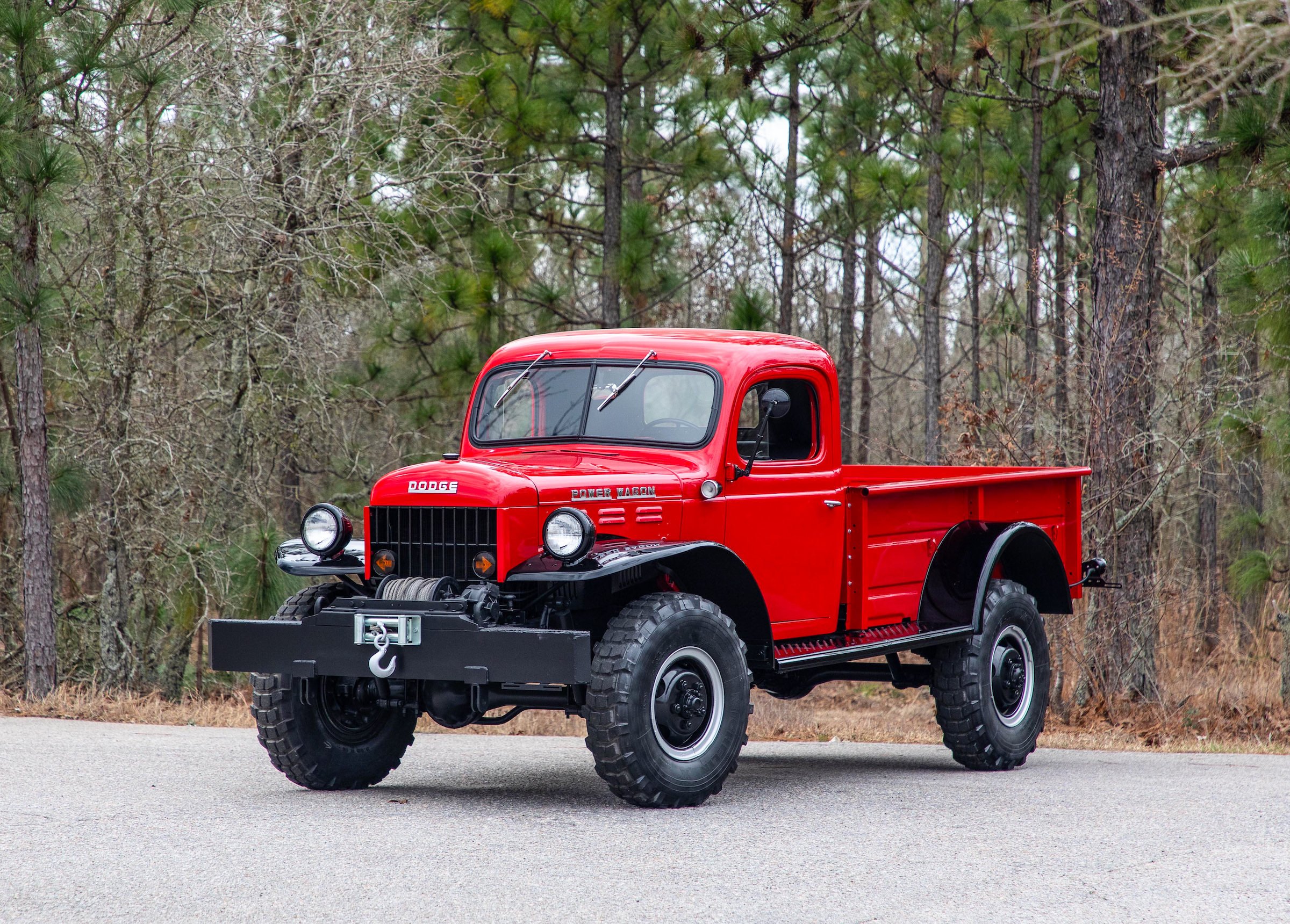