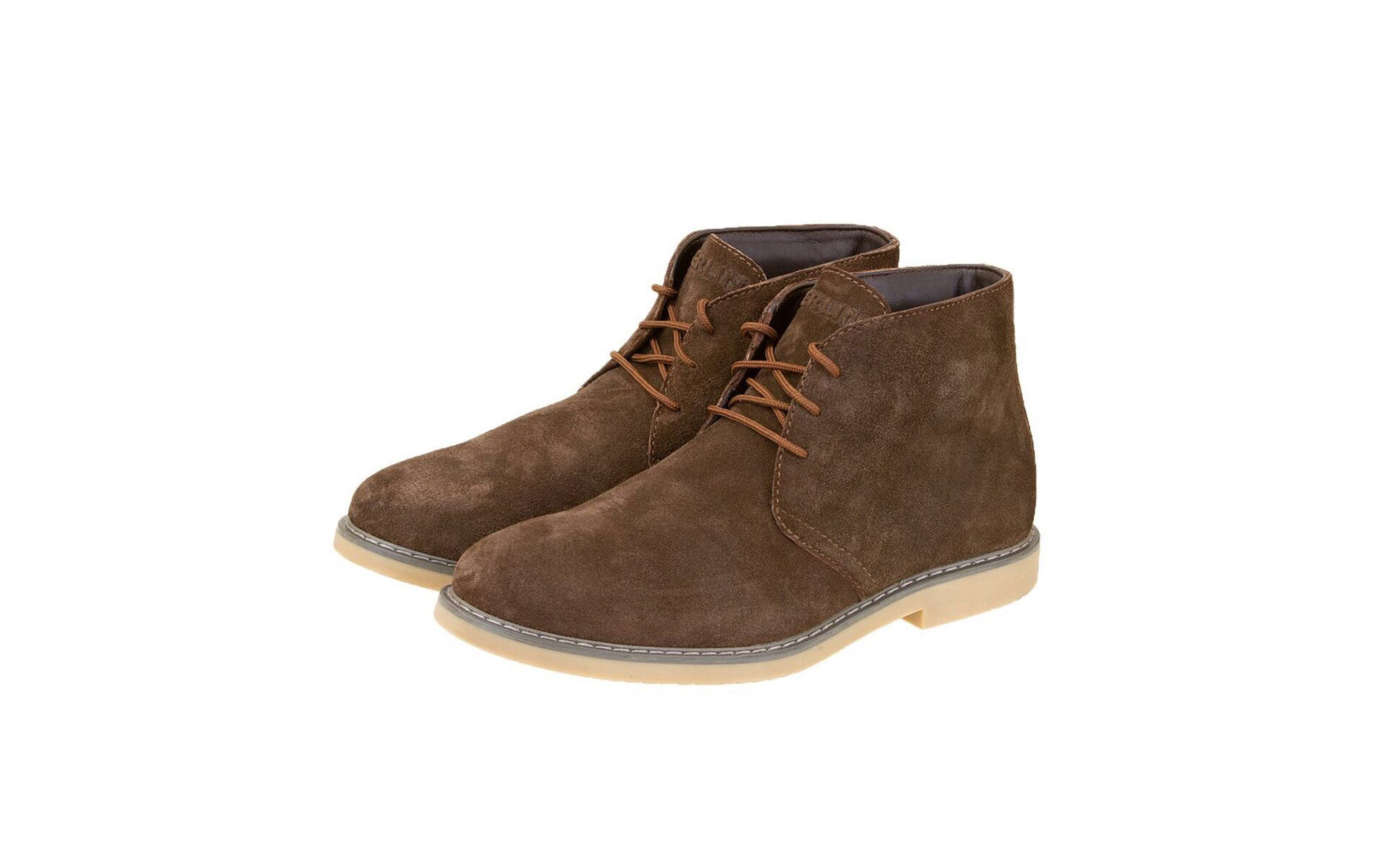 The new Merlin Gobi motorcycle boots were developed by the British company to offer a daily-wearable street boot that includes built-in protection for motorcyclists.

There’s a rapidly growing genre of dual purpose boots like the Merlin Gobi specifically designed for people who want the protection offered by motorcycle boots, in a shoe that they can wear all day like regular streetwear.

Those who commute to work on their motorcycles often can’t carry a full change of clothes and boots with them, so they need to commute in street appropriate clothing with specialized, built-in protection for riders.

Merlin is a British company that’s 100% owned by its motorcycle riding employees. Although it’s not a big company compared to the large brands they do spend a lot of time on quality control and getting gear just right before offering it for sale – and they make sure the retail price is affordable to regular folks.

The new Merlin Gobi motorcycle boots have traditional Chukka-boot styling with motorcycle protection just under the surface. Each pair of boots has a premium Nubuck leather upper, metal eyelets, a reflective heel, and a flat sole with a multi-surface grip pattern.

Sturdy TPU heel and toe protectors help keep your feet safe in the event of an accident, there are also TPU ankle protectors and a TPU footbed.

The Merlin Gobi Boots offer a traditional chukka-boot style with moto features baked in. The boots are constructed of premium Nubuck leather and they feature TPU ankle protectors as well as sturdy toe and heel boxes.

This documentary shows the design and development of the Rolls-Royce Merlin engine starting with early prototypes and small models, following the process through to wartime…

This is a can of original Pit Stop Deodorant by Carroll Shelby, it was his first (and possibly last) foray into the world of…

The Sinn U1S is one of the newer releases from Sinn Spezialuhren, a German company that has been building highly regarded aircraft cockpit clocks…