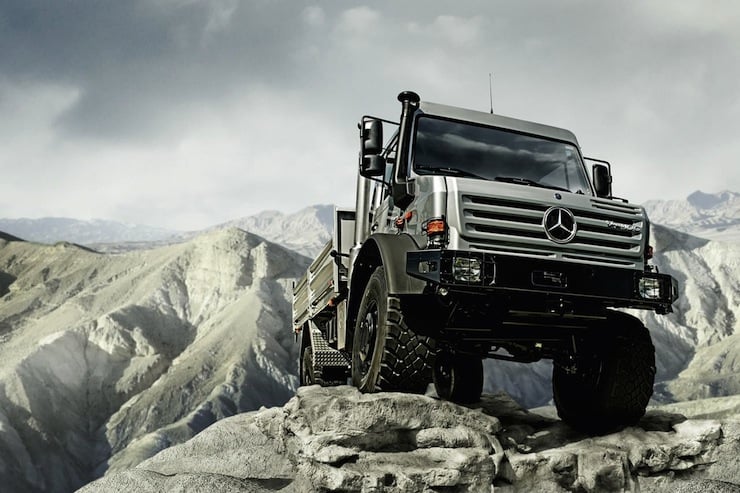 The modern Mercedes-Benz Unimog is a verifiable beast, many don’t know that it’s still in production largely due to the fact that Mercedes almost exclusively sells them to either Paris-Dakar teams or emergency services agencies.

There aren’t many reasons that a normal civilian would need a Unimog, that said, there are innumerable reasons for wanting one. Like being able to embarrass almost any other stock 4×4 in the world without breaking a sweat.

The cabin appointments on the Unimog are reminiscent of a professional-grade cargo truck – there are no superfluous extras or unnecessary additions. The view out of the huge windshield allows you an unparalleled panorama of what’s in front of you, in a Unimog you’re essentially sitting on top of the front axle so you can actually watch obstacles as they pass under the wheels. 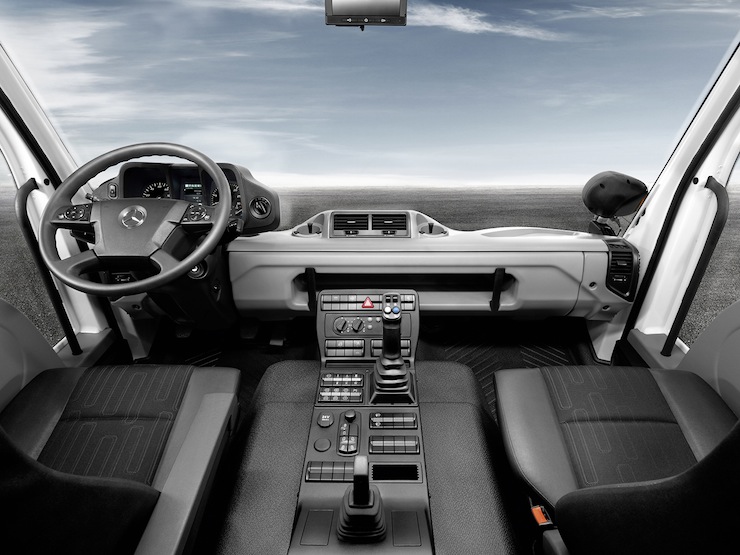 One of the more interesting features of the modern Unimog is the central tyre inflation system that allows the tire pressure to be adjusted by the driver at the press of a button (even while moving). It means you can adjust on the go to avoid sinking into soft surfaces, plus you have greatly improved traction across varying terrain.

The chassis used on the Unimog has long been one of its most stand-out features, it uses a flexible ladder-type frame with tubular cross members that allow the chassis to flex in a controlled manner – this improves wheel articulation and shock absorption. You can see the chassis in action in a few of the images below, where the cab is moving independent of the tray back.

The engines fitted to the different Unimog models have a 30,000km maintenance cycle – which is only slightly less distance than a full circumnavigation of the Earth. If you’d like to pick yourself up a new one as a weekend toy, you can visit Mercedes-Benz here and have a look around, there’s no pricing information but if you’re in the market for one of these, the price tag is the least of your problems. 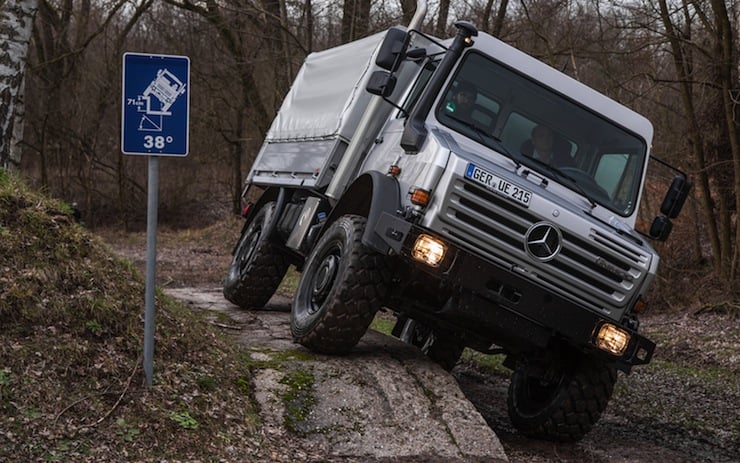 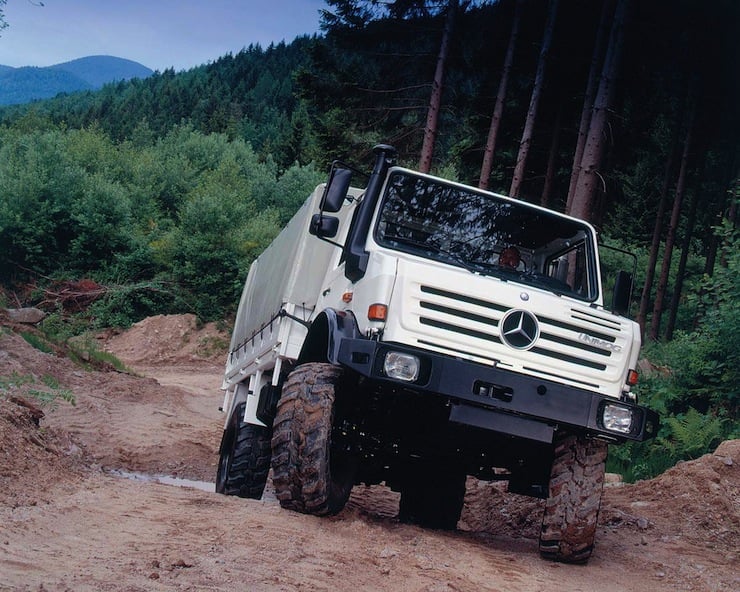 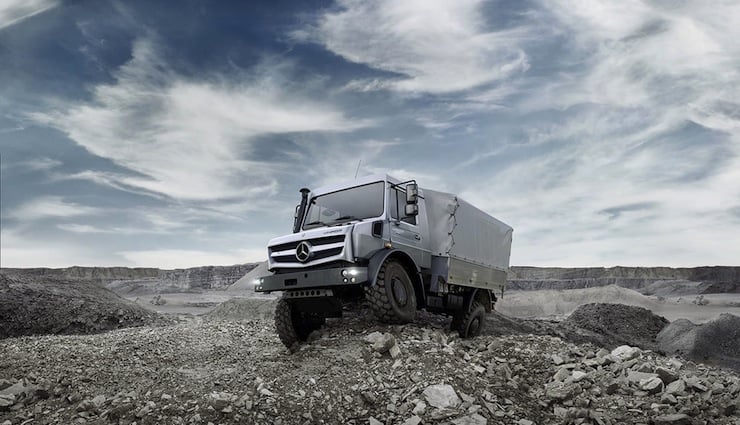 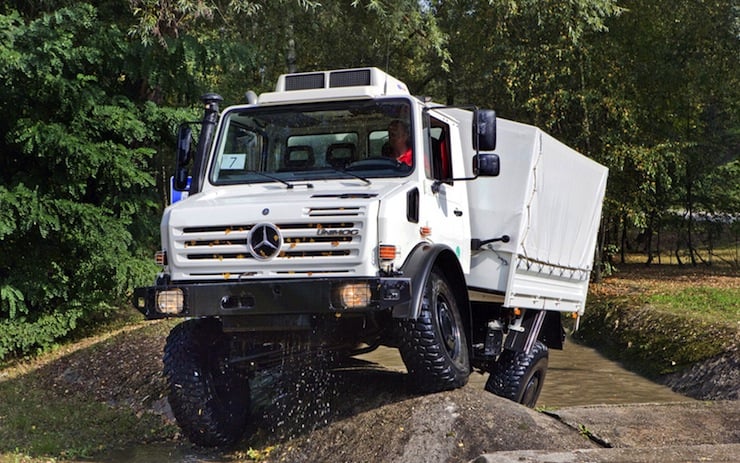 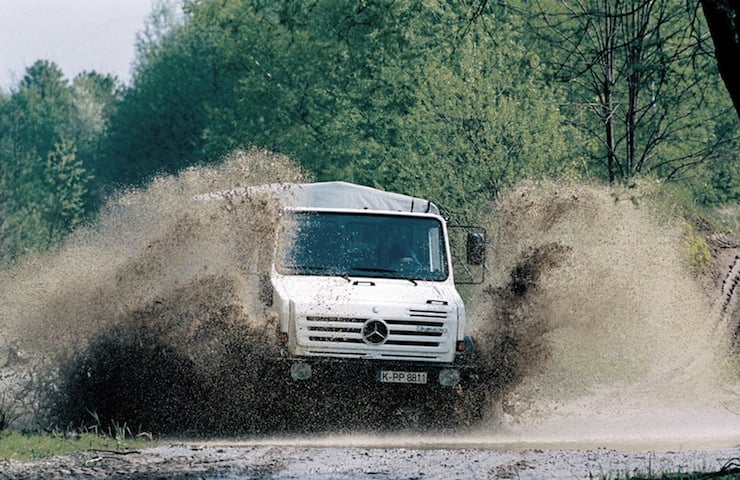 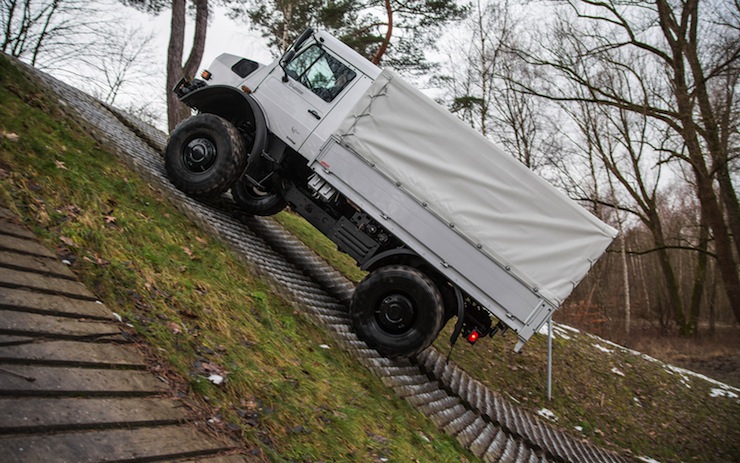 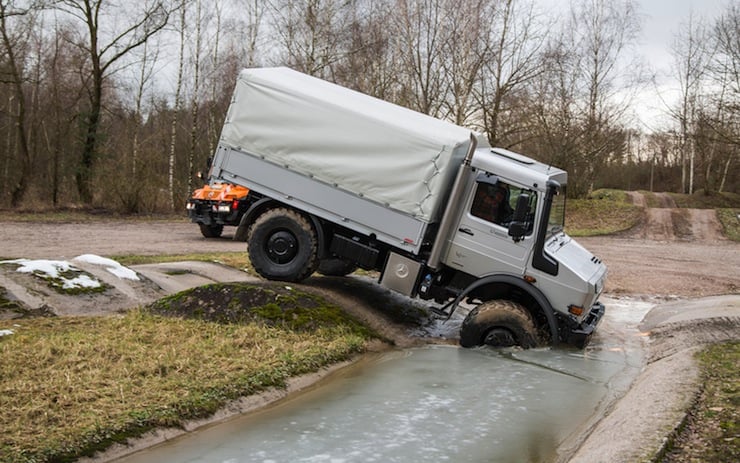 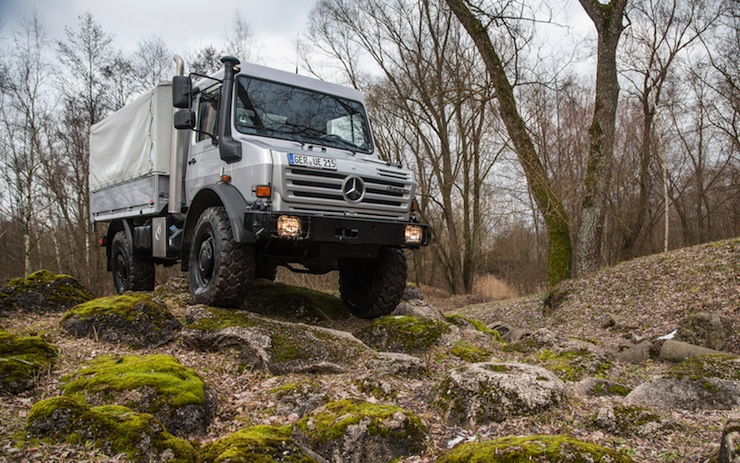 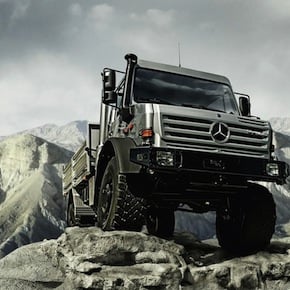