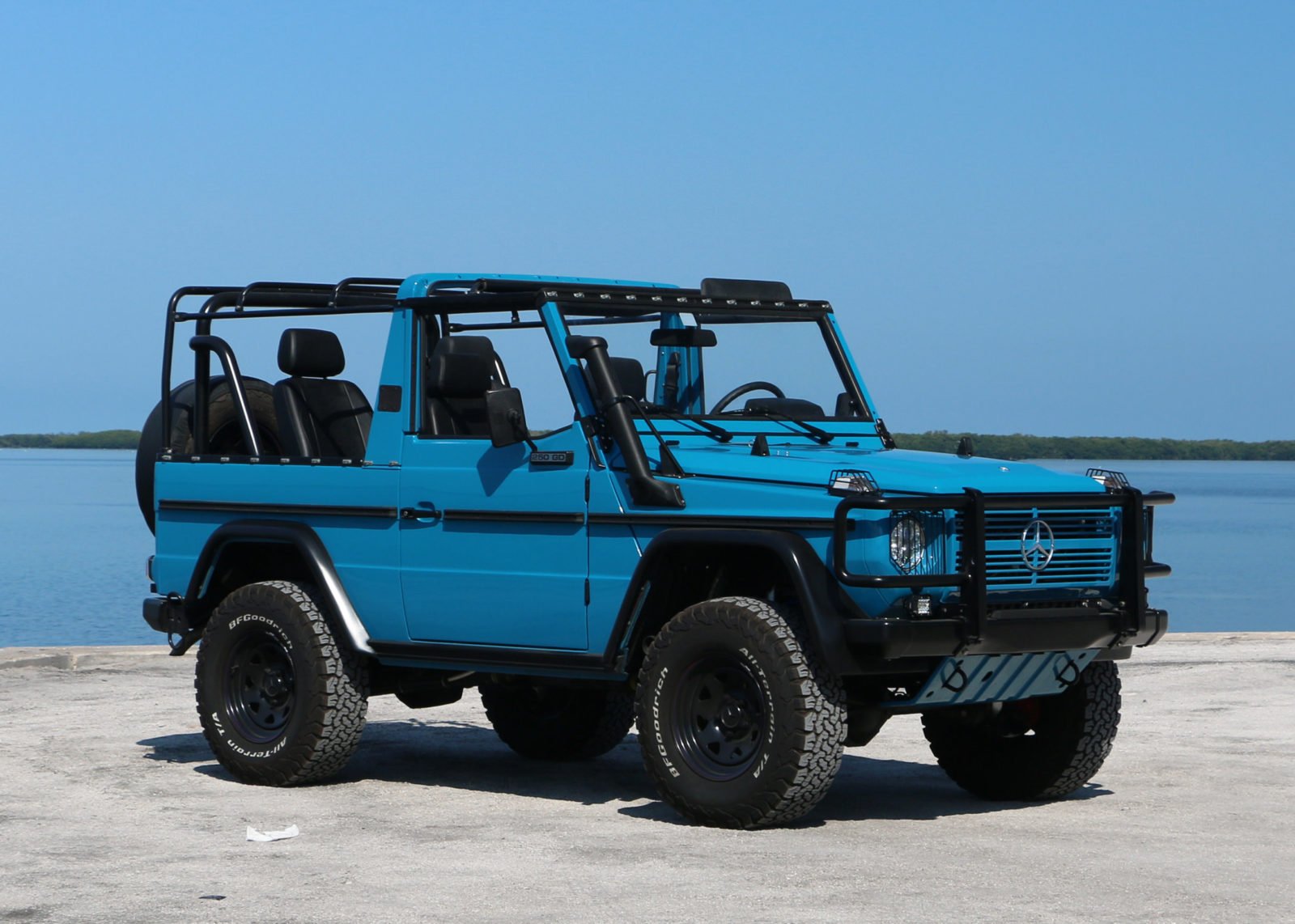 This is a completely restored Mercedes-Benz 250 GD, it’s an ex-military model better known simply as the “Wolf.” It now looks considerably different to the standard Wolf as it’s been through a nut-and-bolt rebuild with the Expedition Motor Company.

Truth be told, the Wolf is the most honest of all the G Wagons. The iconic Mercedes 4×4 has now become a six figure AMG mall-crawler but it started out as a rugged four-wheel drive designed specifically for military use.

The G Wagon: How it All Started

Many think of the G Wagon as the most quintessential of the German four-wheel drives, with the possible exception of the Unimog of course. 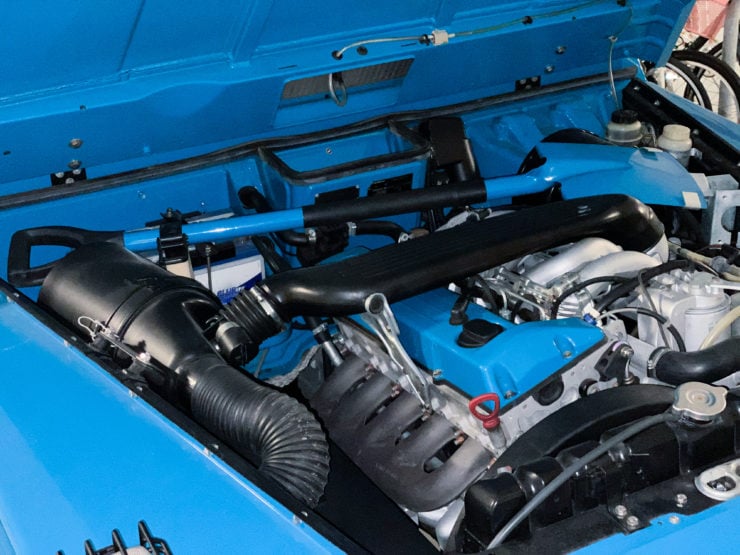 The Mercedes-Benz 250 GD is powered by the naturally aspirated OM602 inline-five diesel producing 93 bhp and 117 lb ft of torque.

It was actually the brainchild of the Shah of Iran, a major Mercedes-Benz shareholder at the time, who conceived of the idea of a utilitarian, military 4×4 and talked the German automaker into building it.

Mercedes partnered with Steyr-Daimler-Puch in Austria on the development, in part due to their expertise in the field of four-wheel drive engineering and manufacturing. The project began in 1972, by 1973 a 3D model had been made and presented to the board of directors, and by 1974 a drivable prototype had been completed.

The Germans are famous for their fastidious design and as a result the total time of development between pen to paper and the final production model was seven years, a little longer than the five to six year average.

The Wolf: A Military G Wagon

The military versions of the G Wagon used by the German armed forces are referred to as the “Wolf,” they’re ruggedized, barebones versions of the W461 (and the earlier W460) that have almost no parts in common with the luxurious W463. 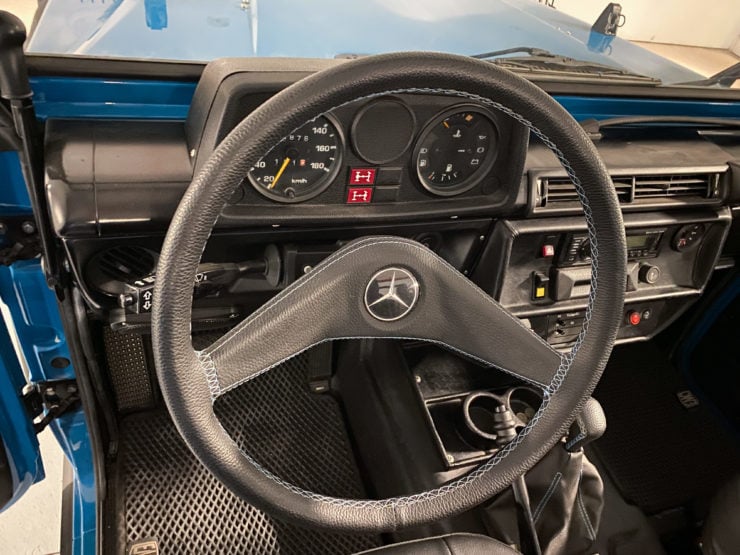 The interior of this Wolf has been upgraded significantly over the spartan original, but it still has the efficient minimalist look of the vehicle it started out as.

Two and four door versions of the Wolf are in use, and there are a slew of model variations to fill all of the roles required by the armed forces.

Over 60 armed forces around the world use military versions of the G Wagon, and the model has largely replaced the original Land Rover Defender (which is no longer in production) in many of these cases.

Wolves are typically specified with diesel engines designed for toughness, reliability, and longevity. Power isn’t much of a concern as speed isn’t considered a priority.

As a result of this the engines can produce somewhere in the region of 90 bhp and 110 lb ft of torque, but they can last for hundreds of thousands of miles with just regular servicing and maintenance.

The vehicle you see here is a 1990 250 GD Wolf that now benefits from a full restoration at the hands of the experts over at the Expedition Motor Company in Frenchtown, New Jersey. 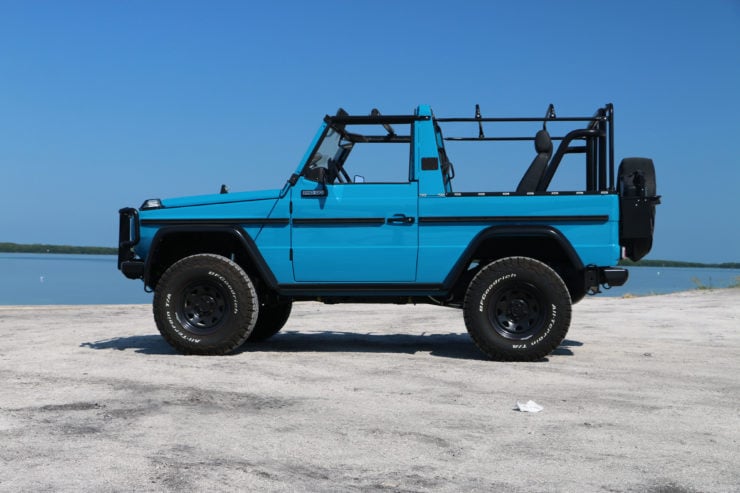 When the Expedition Motor Company restore a Wolf they strip it back to every last nut and bolt, the engine and drivetrain are fully rebuilt, and the interior, suspension, brakes, wheels and tires are all upgraded.

Each of the G Wagons rebuilt by EMC starts life as a standard military Wolf before being inspected, acquired, shipped to their facility, stripped back to the last nut and bolt and rebuilt.

This rebuilding process includes a full engine, gearbox, and transfer case rebuild.  The original suspension, brakes, wheels, and tires are all upgraded, as is the interior and the soft top roof.

The completed vehicles are renowned within the global G Wagon community for their quality, and they’re among the most desirable Wolves in the world – with price tags to match.

The 1990 250 GB you see here is due to roll across the auction block with RM Sotheby’s in late May. If you’d like to read more about it or register to bid you can visit the listing here. 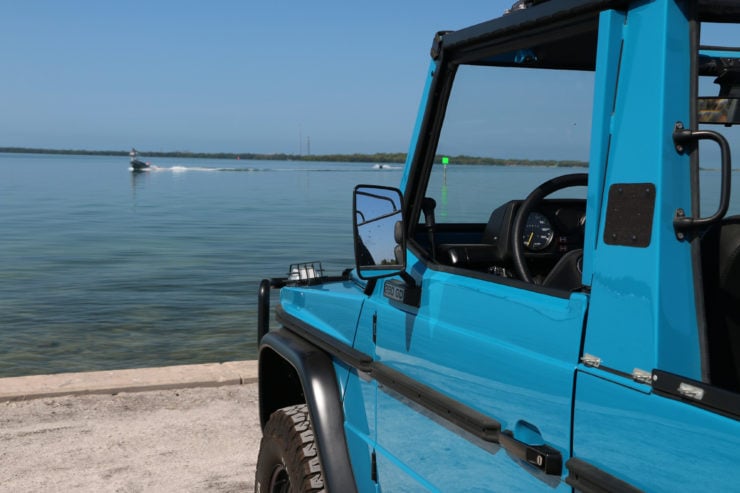 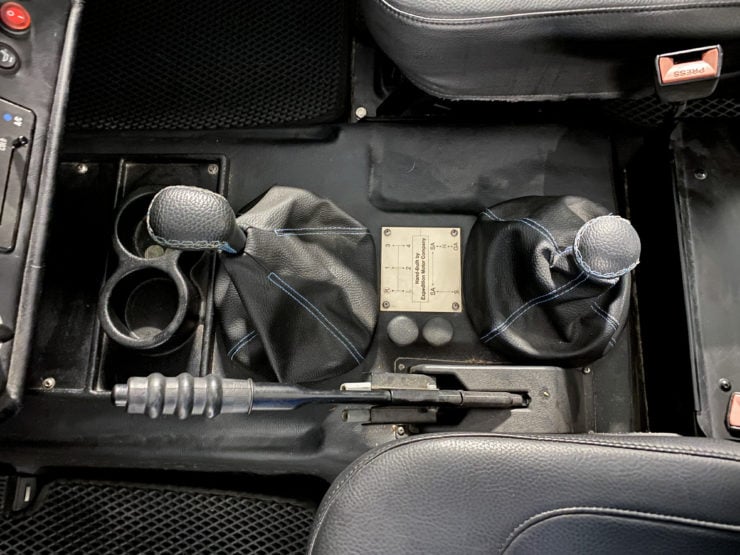 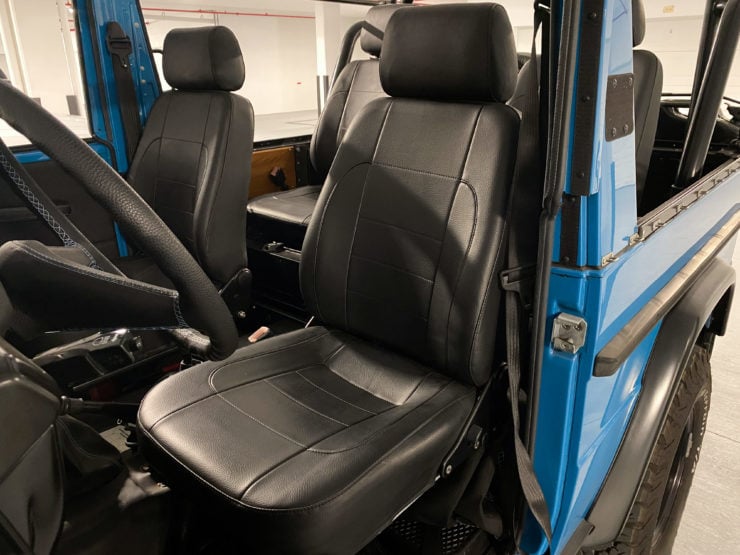 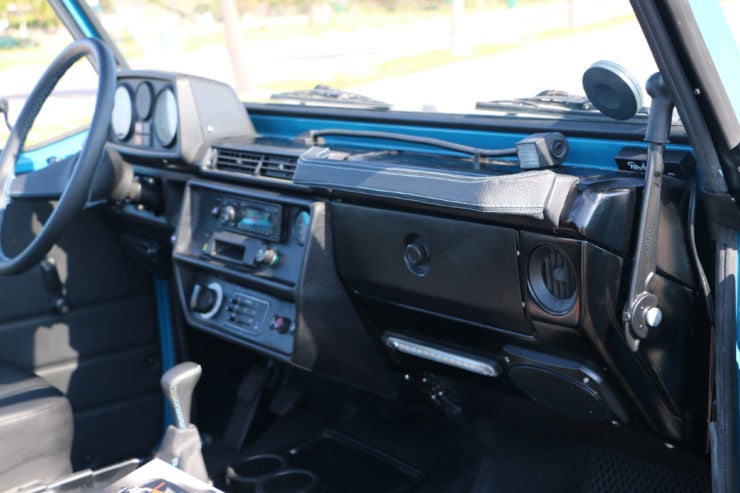 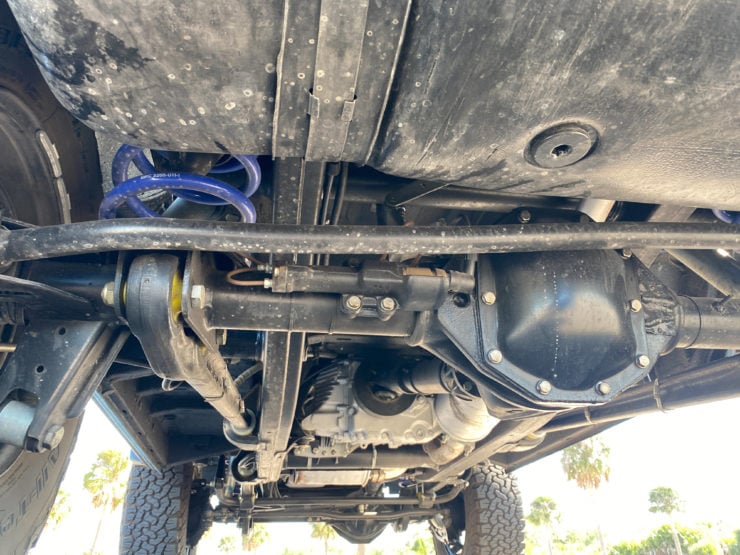 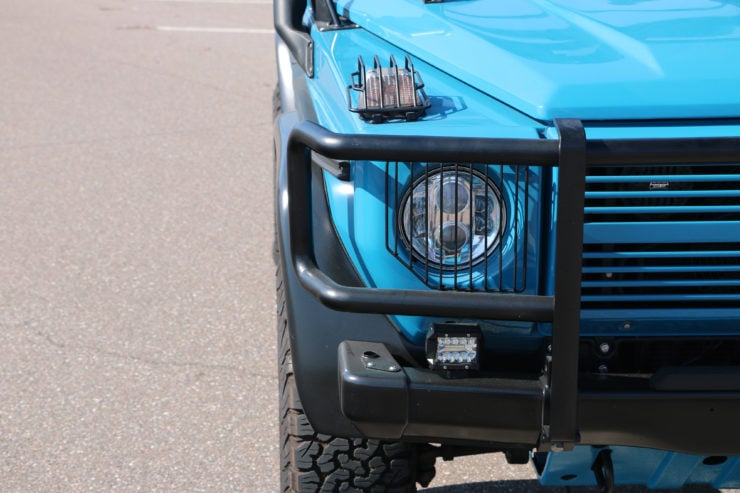 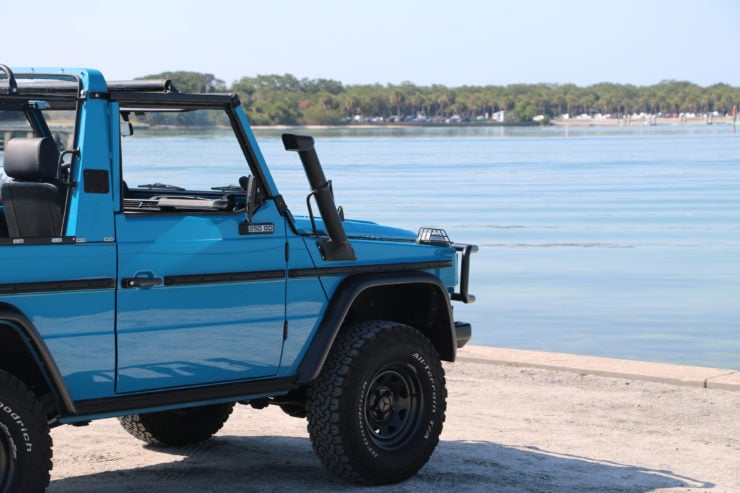 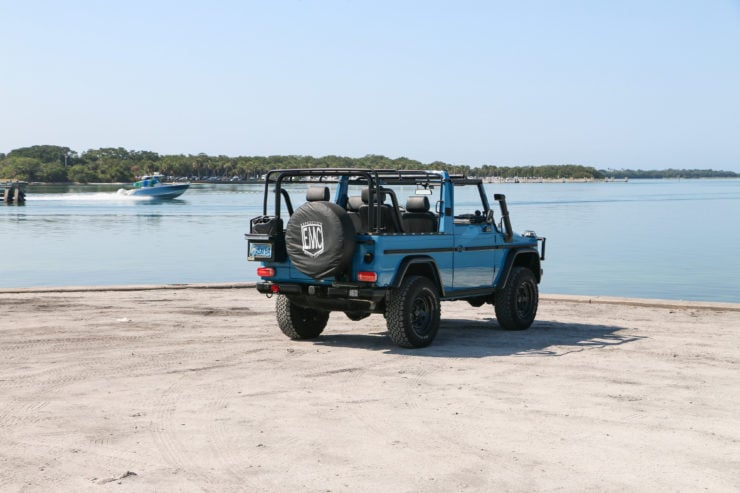 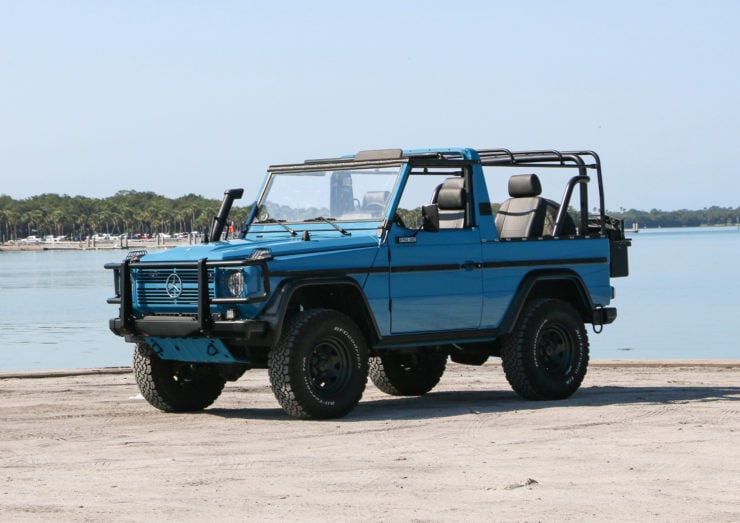 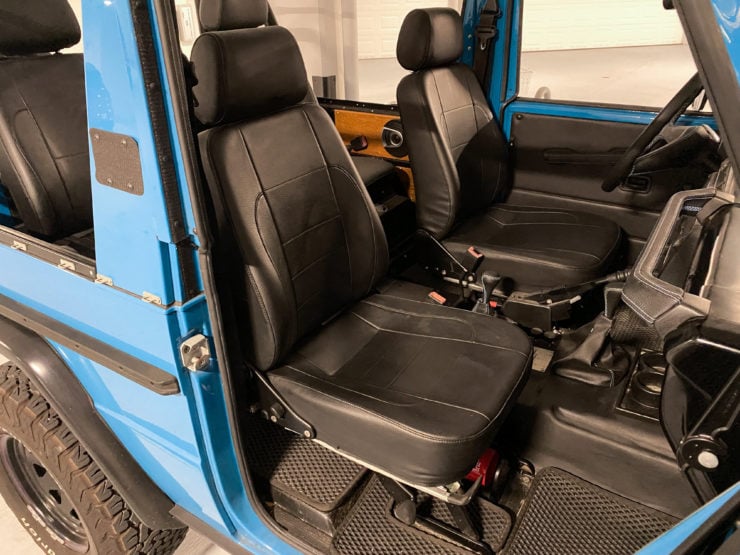 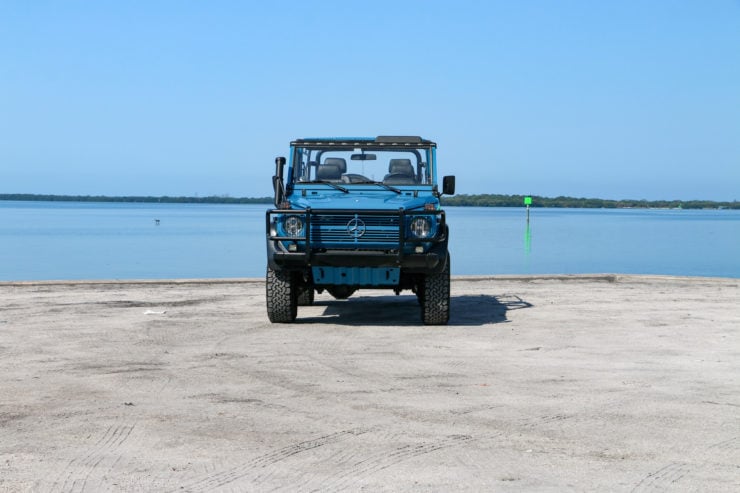 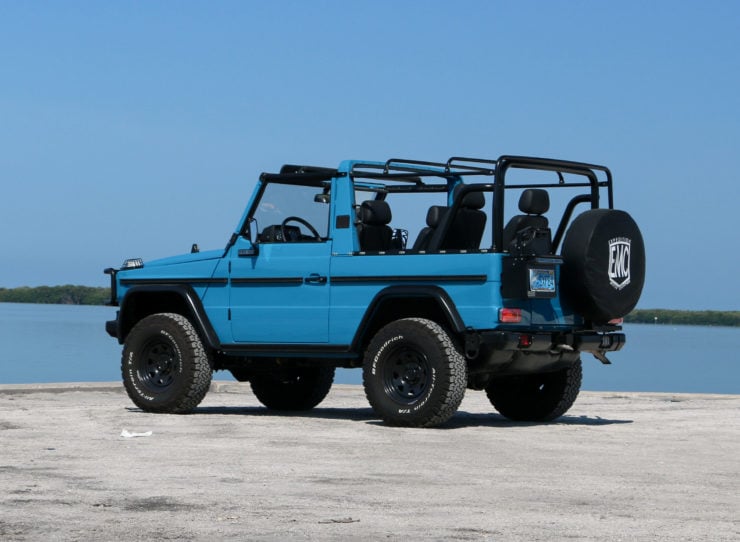