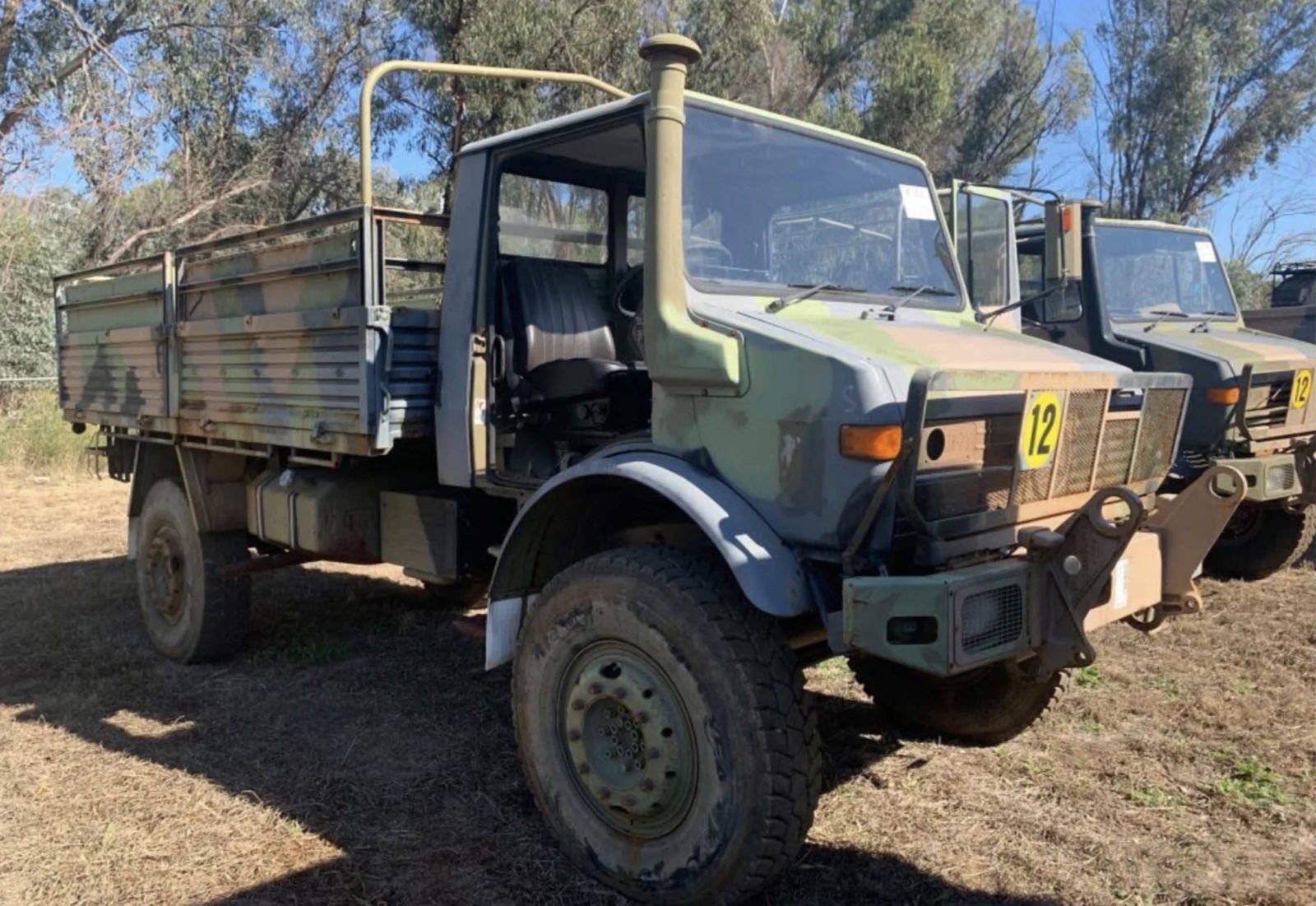 This fleet of 20 ex-Australian Army Unimogs is currently for sale online, they’re each being listed individually and at the time of writing the bidding on the cheapest is at $1,200 while the most expensive is up to $39,000.

The Australian Army first started using Unimogs in 1986 as a midway point between the Land Rover Defender based Perentie and the larger 6×6 Mack trucks. As these Unimogs approach the end of their service life they’re publicly auctioned off to the highest bidder, usually for between $20,000 – $50,000.

The Unimog – A Glorified Potato Tractor

The Unimog was developed in Germany in the years immediately after WWII. Its development followed a similar path to that of the first Land Rovers in that both were designed as utilitarian 4×4 vehicles that could be driven on the road but still fulfill all the tasks usually performed by a tractor. 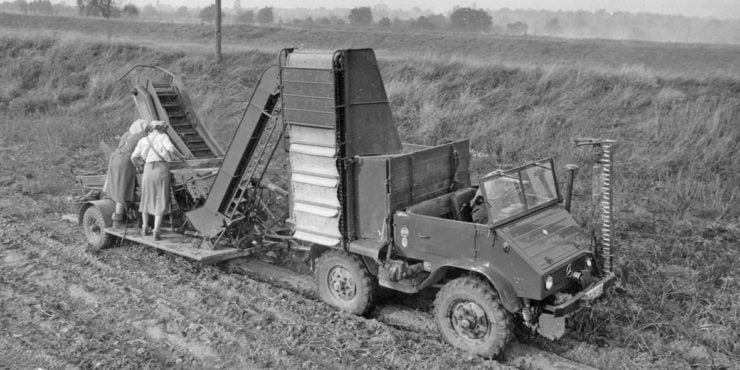 This image from the 1950s shows a Unimog being used for harvesting on a potato farm. The vehicle was designed with a track width to fit neatly over two rows of potatoes. Image courtesy of Daimler-Benz.

The first Unimog had a track width exactly equal to that of two rows of potatoes, so it could be used as a plow tractor. It was also fitted with a power takeoff, just like a tractor, for powering mechanical equipment around the farm like potatoes harvesters (pictured above).

Of course, stylistically the Unimog looks vastly different to the Land Rover, and to the Willys Jeep from WWII that had a significant hand in inspiring both vehicles.

Since its original introduction in 1948 the Unimog has remained in constant production, Daimler-Benz took over in 1951 and has regularly updated the vehicle over time to continually improve it. 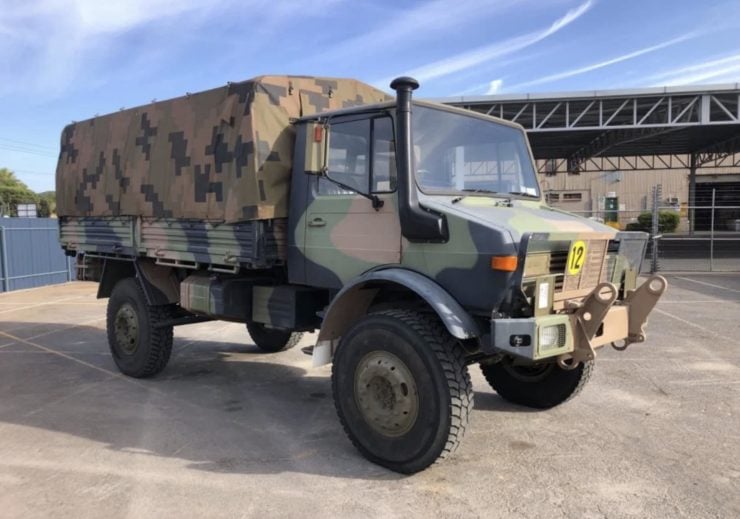 The condition of each Unimog can vary quite considerably, good examples tend to fetch more of course and they’re now becoming a popular target for conversion into overland campers.

A few times a year the vehicles being retired from military service are offered for sale in this way, almost all are bought by enthusiasts who intend to use the Unimogs, Land Rover Perenties, and 6×6 Mack trucks for off-road adventures – or even off-road recovery work.

As a result of this there’s a growing number of private Unimog owners in Australia. Some have been converted into overland campers while others are kept close to their original military specification and used for four-wheeling on weekends.

Each of the 20 Unimogs here is a little different to the last, so before biddings it’s important to carefully read the listing. The vehicles are located in Thurgoona, NSW, Australia and representatives from Pickles can be contacted online with additional questions.

If you’d like to read more about these Unimogs or register to bid you can visit the listing for all of them here. 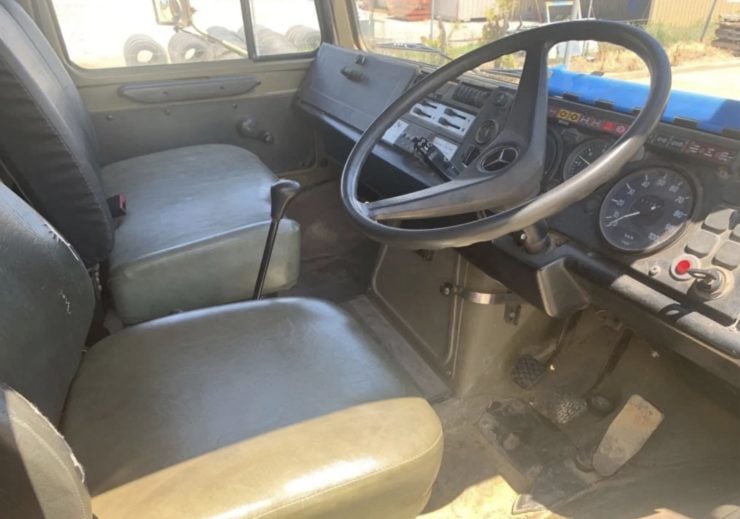 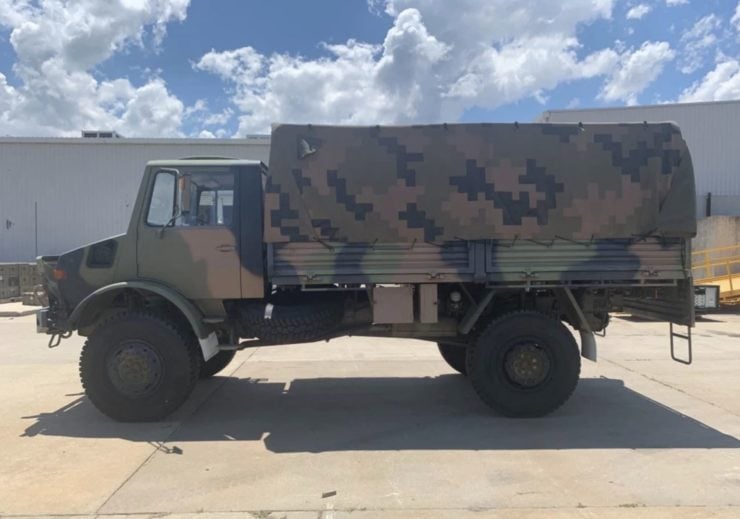 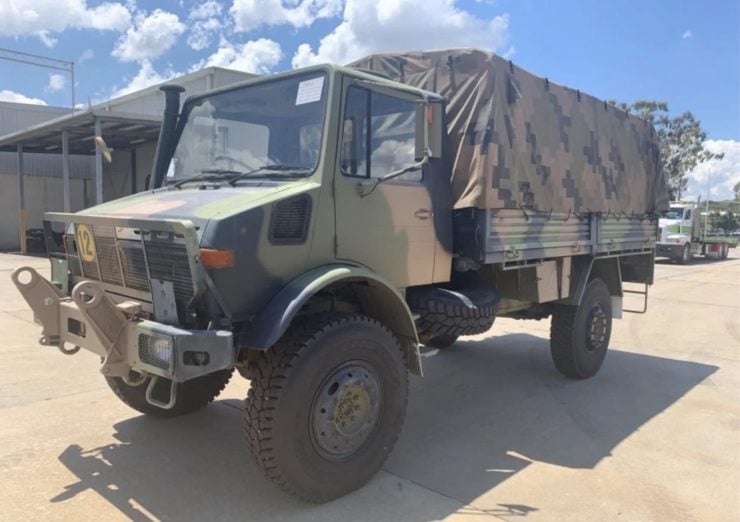 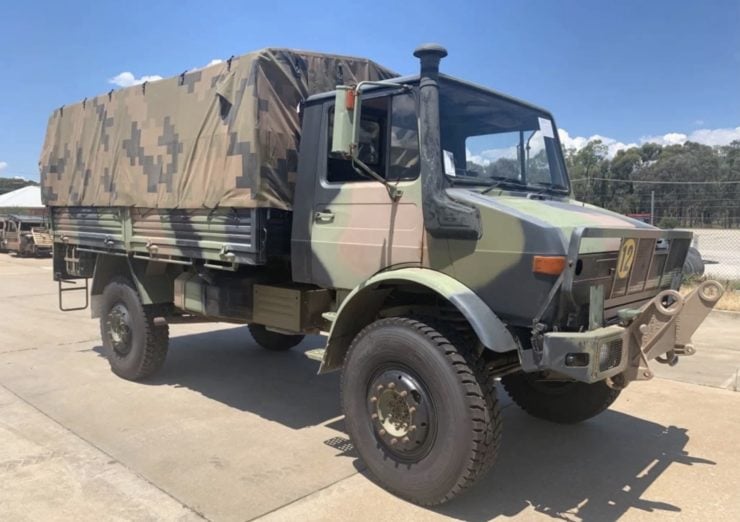 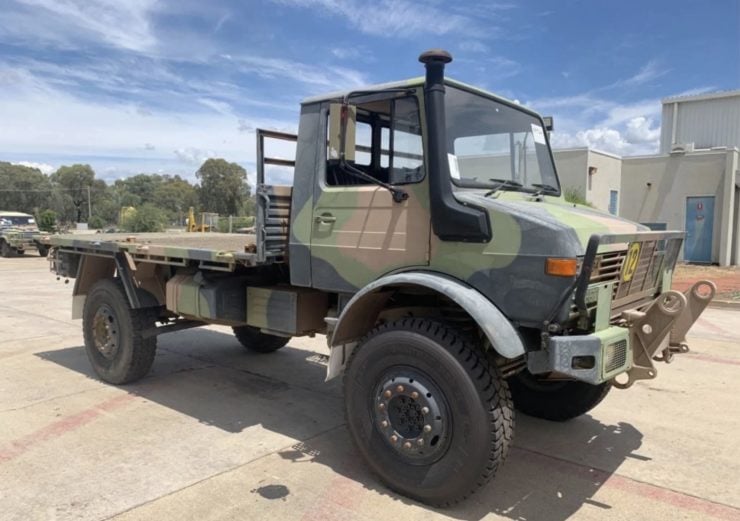 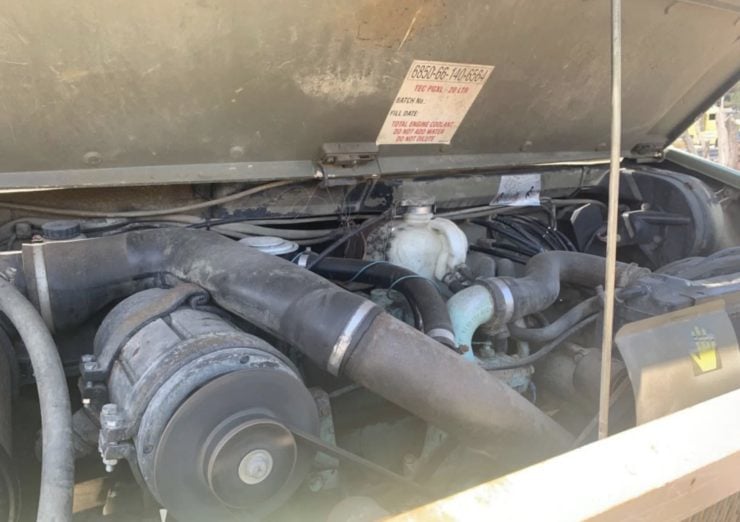