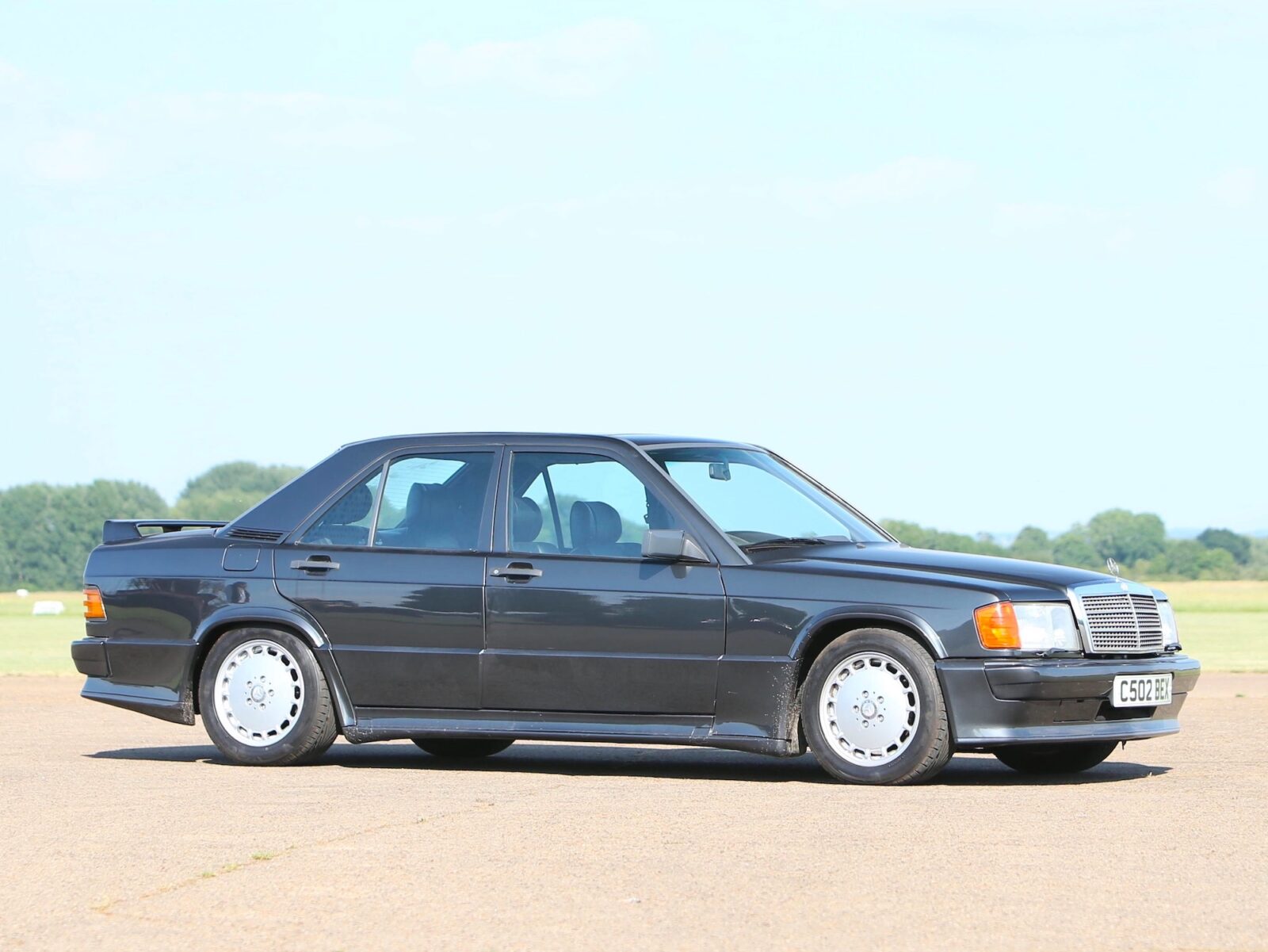 Two examples of the Mercedes-Benz 190E Cosworth were supplied to Team Lotus in 1986, a multiple-championship winning Formula 1 team, for use by Ayrton Senna and other team members.

✱ The Mercedes-Benz 190E 2.3-16 was originally developed for rally, however the dominance of the Audis with their all-wheel drive systems made this form of motorsport less appealing to Mercedes.

✱ The engine in the 190E 2.3-16 was developed by British engineering firm Cosworth using the standard Mercedes block with a new DOHC head and a slew of new parts.

✱ The car would race in the Deutsche Tourenwagen Meisterschaft (DTM or the German Touring Car Championship) against the best saloon cars of its day.

Mercedes originally began the project to develop the car that would become the 190E 2.3-16 in the early 1980s with a view to taking the car rallying. 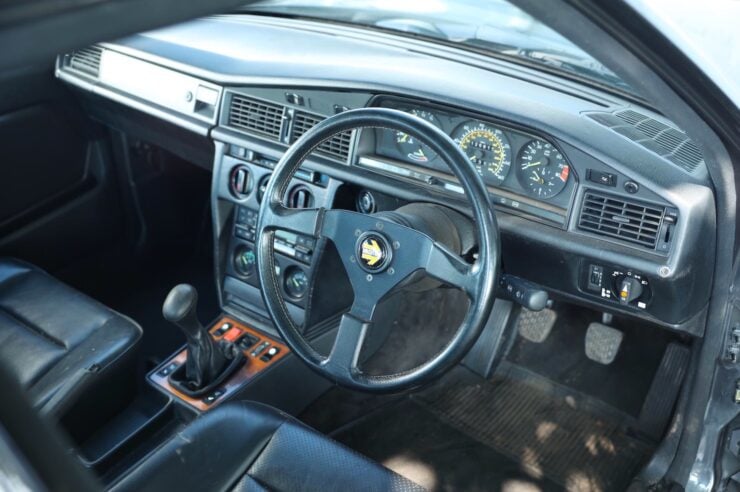 Above Image: The interior of the 2.3-16 was kept very similar to the standard road car.

This was around the same time that Audi appeared with their soon-to-be dominant all-wheel drive Group B rally cars, and it was clear that the 2.3-16 with its rear-wheel drive wasn’t going to be a match for them.

Mercedes executive didn’t have to look far to find a new series for the 2.3-16 to join, it was modified for touring car duties and sent to fight for wins in the DTM (Deutsche Tourenwagen Meisterschaft or the German Touring Car Championship).

Rather than developing the car in Germany, Mercedes had contracted British engineering firm Cosworth to create a motorsport version of the standard Mercedes-Benz W201 190E. This was perhaps a slightly controversial decision as there was no shortage of homegrown German talent capable of doing the work, however Cosworth was one of the most respected motor sport engineering firms in the world, a title they retain to this day.

Cosworth engineers took the standard inline-four cylinder engine in the 190E and created a new DOHC head for it, with the largest valves they could fit and aggressive cam profiles. 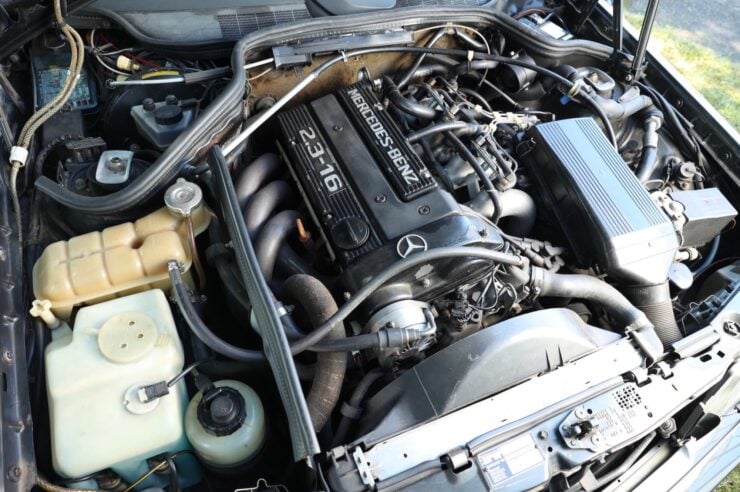 Above Image: Cosworth badging was kept off the engine, possibly to avoid advertising that it had been hopped up by the Brits.

Lightweight pistons were added however the connecting rods, bearings, and bearing caps were tested and found to be strong enough for the application.

A slew of additional changes were made to the engine, resulting in power output figures of over 350 bhp in race trim. The road cars developed for homologation purposes produced a slightly more reasonable 183 hp at 6,200 rpm and 174 lb ft at 4,500 rpm.

Power was sent back through a Getrag 5-speed manual dog-leg gearbox into a limited slip differential (LSD) to the rear wheels, with later cars receiving driver adjustable LSDs.

Today these cars are highly collectible, along with their period arch rival, the BMW E30 M3.

Above Video: The 1984 Nürburgring Race of Champions, featuring Ayrton Senna announcing his arrival to the Formula One world in no uncertain terms.

The story of the Mercedes 190E 2.3-16 and Ayrton Senna will be forever intertwined thanks to the 1984 Nürburgring Race of Champions.

This was an exhibition race organised by Mercedes-Benz and held at the Nürburgring, with a grid made up of 20 of the world’s top drivers including nine of the fourteen Formula One World Champions.

This grid contained the most F1 World Champions of any major motor race in history, a title it retains to this day. The new and little-known Brazilian driver Ayrton Senna was included in the race, all drivers were piloting identical 190E 2.3-16s making it a true test of skill, with the equal speed of all cars offering level playing field.

Senna famously won the event, nearly driving the wheels off his Mercedes in the process. As a result of this win it’s likely that the 190E 2.3-16 always occupied a special place in his heart. 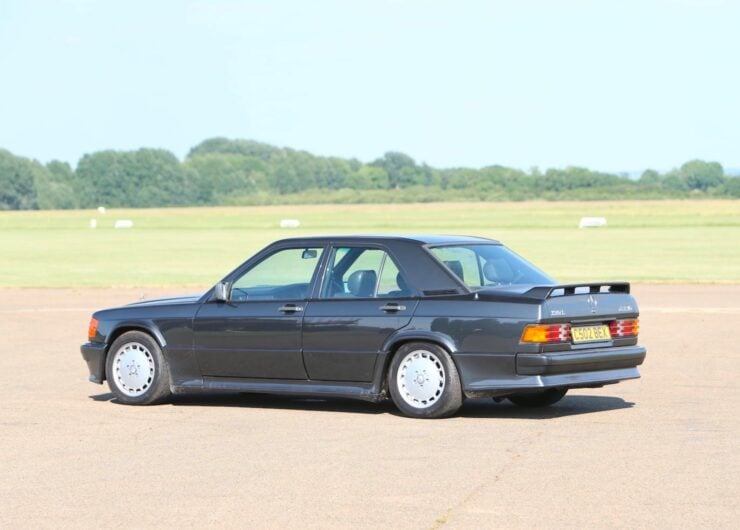 Above Image: A subtle bodykit was added to the 2.3-16, it would get more outlandish as the model series continued.

The car you see here is one of two supplied new to Team Lotus International in 1986, it’s not explained why these two cars were given to the team, however we do know that they were intended for use by Senna, and other team members including Lotus F1 Management.

In December of 2020, the car has had quite a bit of work done, including having its floors, sills, and wheel arches repaired professionally. It is reported to be running and driving well, and it has a full service history that includes old bills, MOTs, and tax discs.

The car is now being offered for sale by Bonhams, the seller explains that they have research and documentation on hand to prove that this was the car used by Senna, however it would be critical that any prospective buyer investigate this thoroughly before bidding.

If you would like to read more about this car or register to bid you can click here to visit the listing. 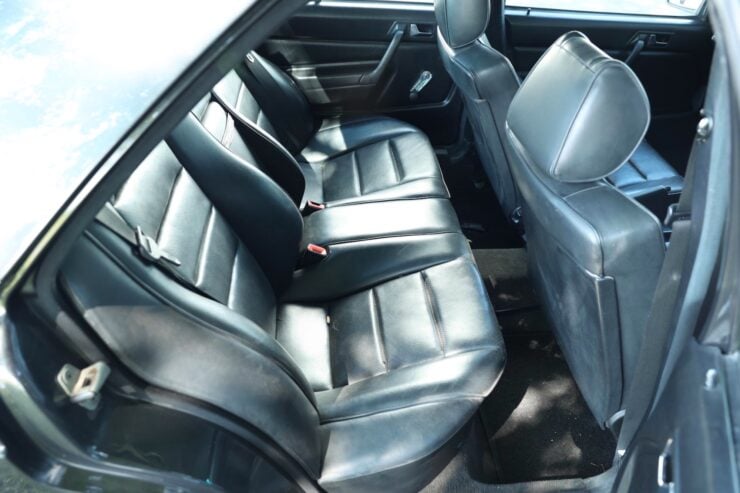 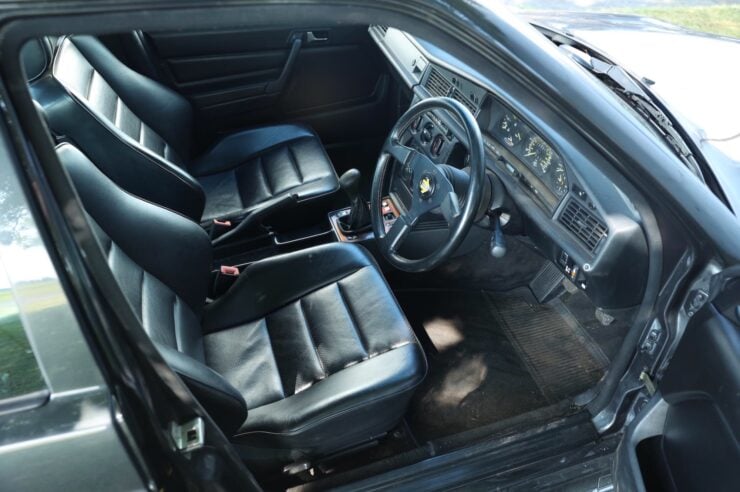 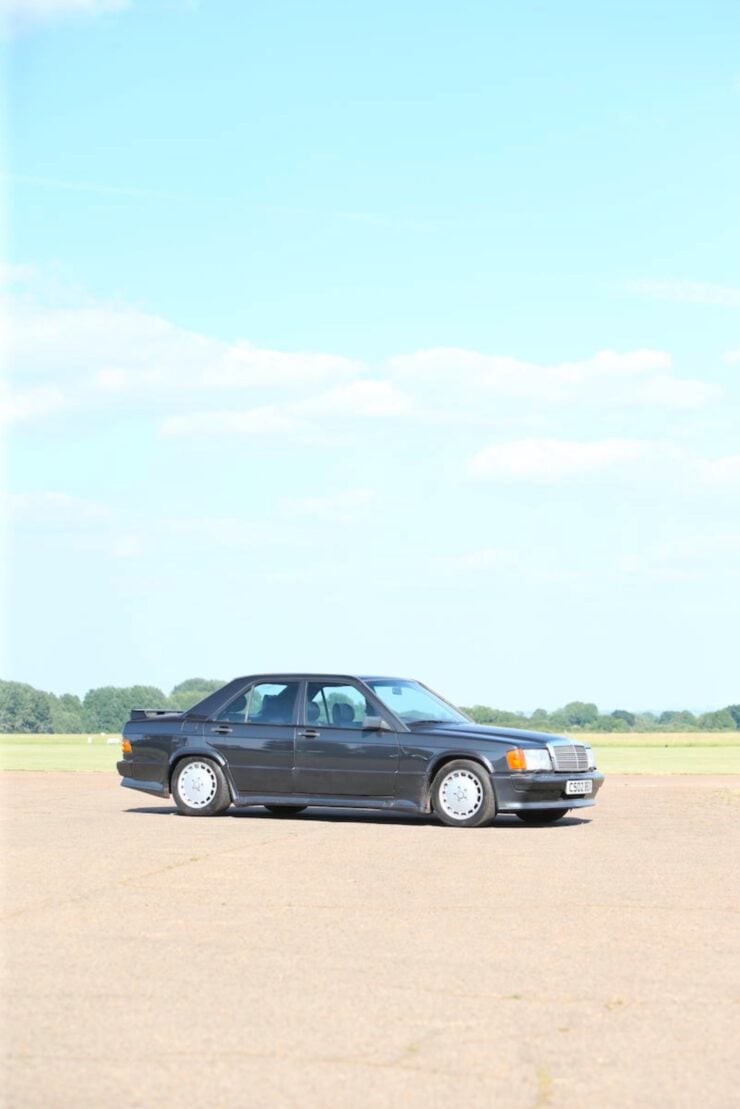 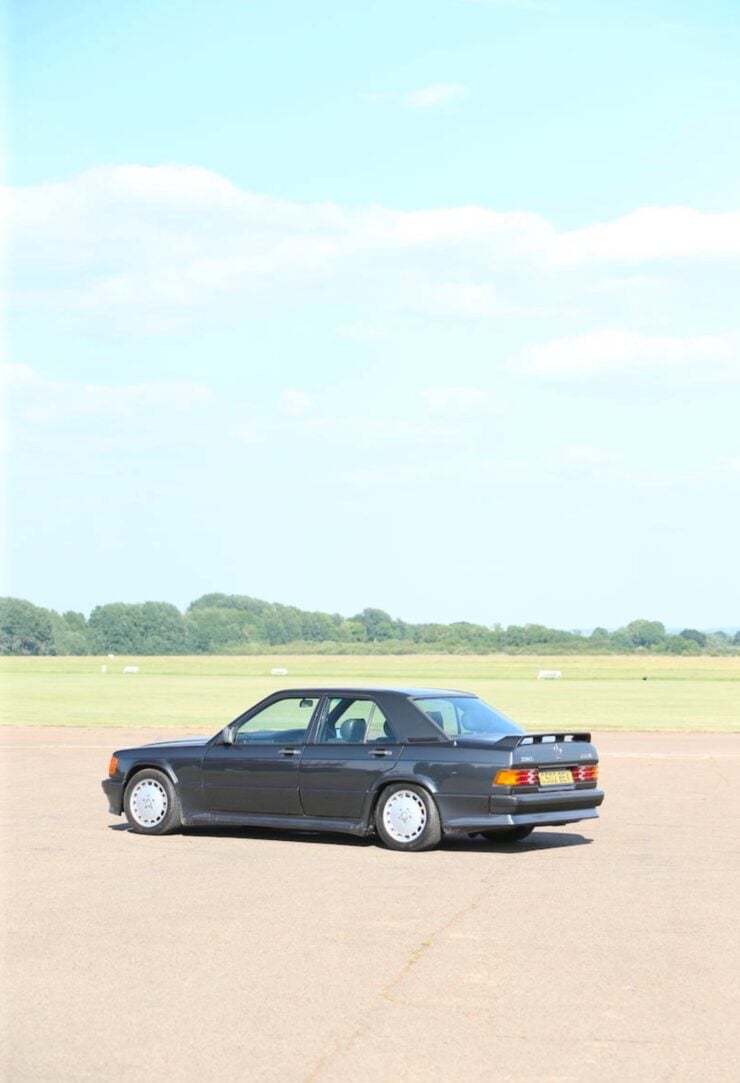