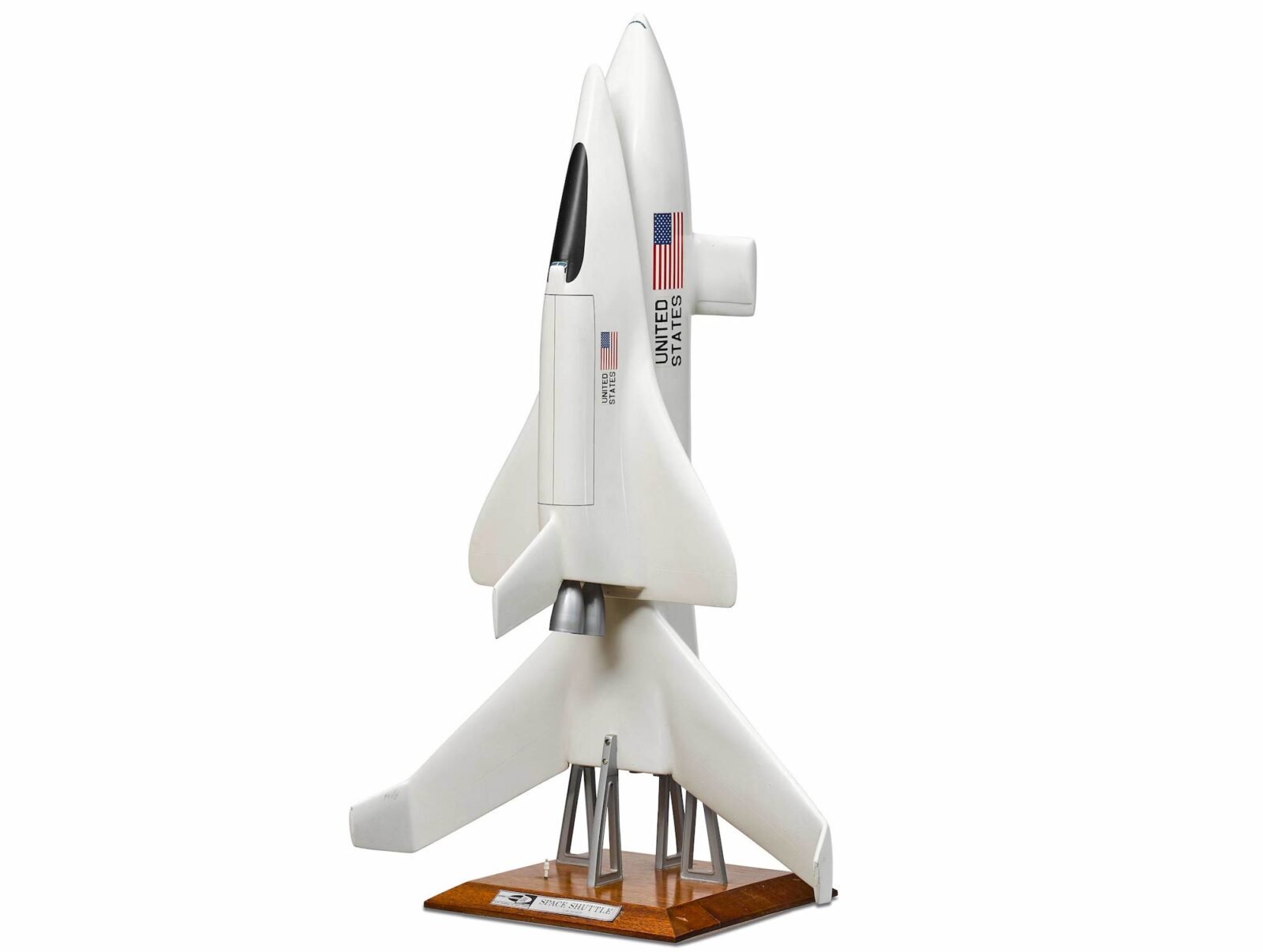 This is an original early Space Shuttle model from McDonnell Douglas, it wasn’t the final design chosen for production of course but it does provide an interesting window into the history of the Space Shuttle program.

The concept of reusable spacecraft is now commonplace, with Space X, Virgin Galactic, and Blue Origin all operating or developing their own versions of the idea. The shuttle can trace its origins back to the US Air Force’s X-20 Dyna-Soar spaceplane, as well as early work on aircraft with lifting bodies.

George Mueller, head of NASA Office of Manned Space Flight, announced the plan for a reusable shuttle on August the 10th, 1968. NASA released a request for proposal for an Integrated Launch and Re-entry Vehicle (ILRV), a vehicle that would become known as the Space Shuttle.

Design studies were submitted by General Dynamics, Lockheed, McDonnell Douglas, and North American Rockwell as part of a four phase process. Phase A was the request for studies, Phase B was a competition between the two most successful Phase A submissions, Phase C involved the full development of all space craft systems, and Phase D was the construction of the fully functional Space Shuttle. 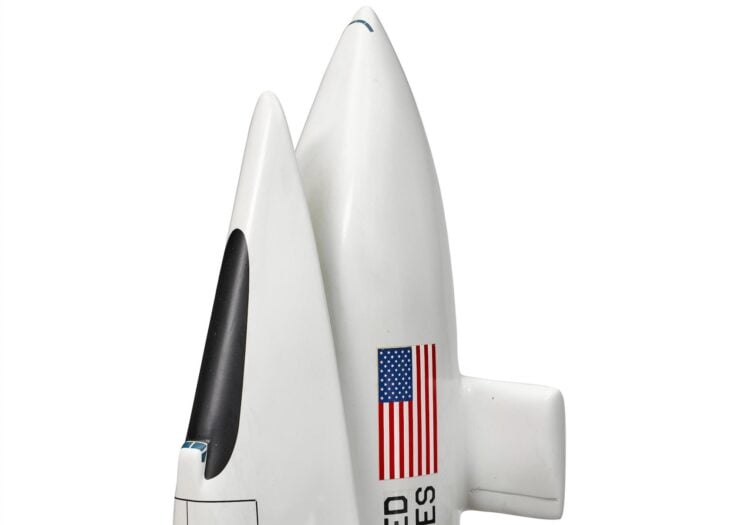 Above Image: If you look closely you can see the cockpit windows in both stages of this shuttle proposal. Both the shuttle itself and its large booster would be piloted back to earth as gliders for an unpowered landing.

This model shows the design favored by Max Faget a Belizean-born American mechanical engineer and the designer of the Mercury spacecraft. Faget contributed significantly to the later Gemini and Apollo spacecraft, and of course to the Space Shuttle program.

This shuttle design required two crews, one to pilot the large main booster back from the edge of space after the first phase of the launch, and another crew to carry out the actual shuttle mission. If you look closely you can see the cockpit windows near the top of both stages of the shuttle. This would have been a 100% reusable launch vehicle system, unlike the final Space Shuttle which had a non-reusable main tank.

This 1:96 scale model measures in at a reasonably large 35 x 22 inches (88.9cm x 55.8cm), it’s mounted to a varnished wooden display base, and it has a George C. Marshall Space Flight Center label that simply says “Space Shuttle.” If you look carefully at the base you’ll see a small human figure on the left side that was placed there to give an idea of the scale of the space craft.

This model is being offered by Bonhams in a live online auction that’s running from the 12th to the 21st of July. The price estimate is $3,000 to $5,000 USD and you can click here if you’d like to read more about it or register to bid. 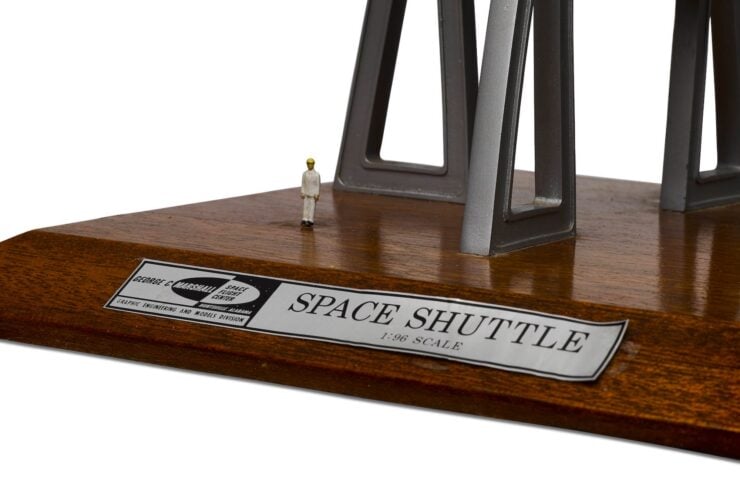