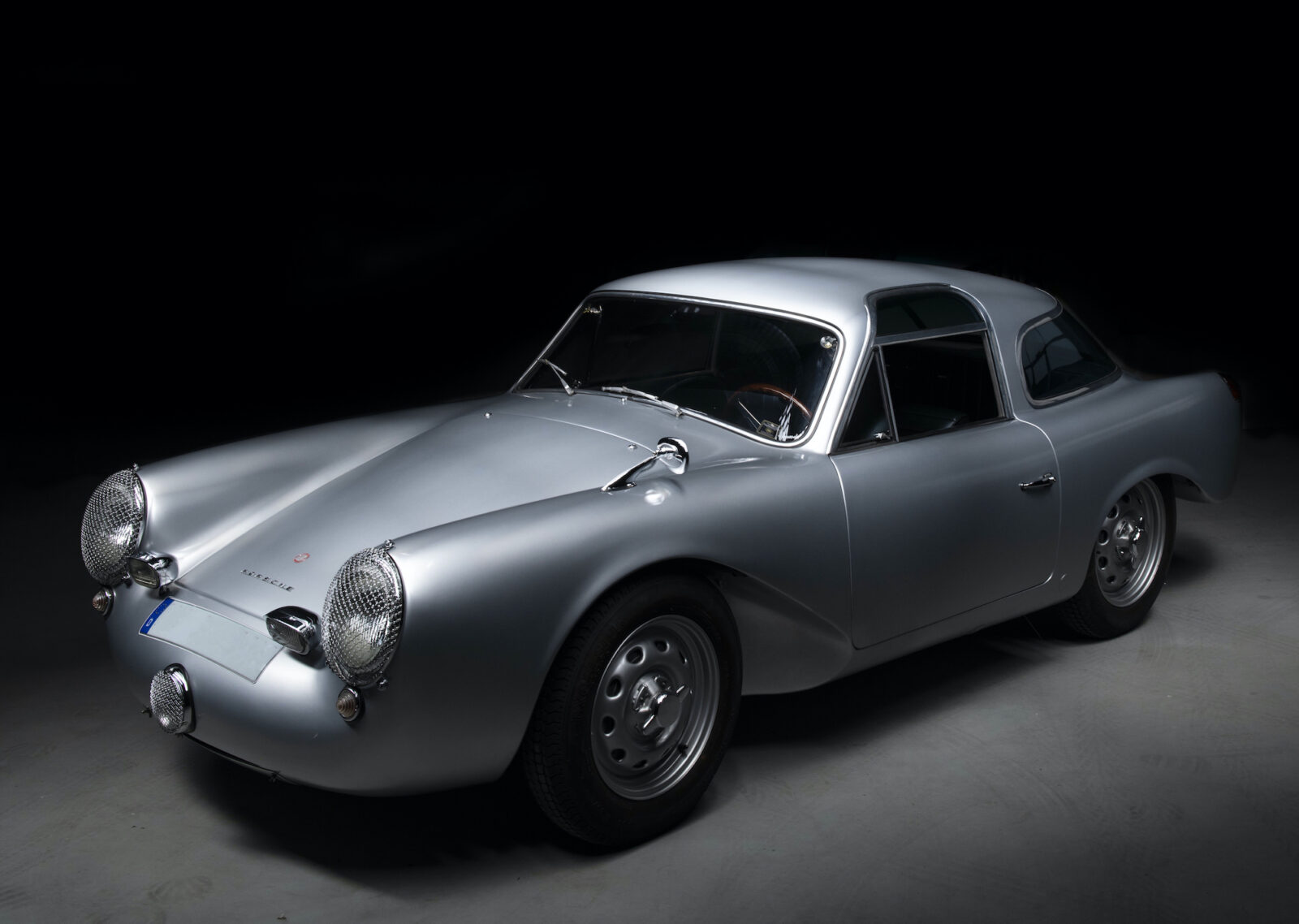 This is the only Glöckler-Porsche 356 Carrera 1500 that was ever made, it’s a hand-built car sitting on a Porsche 356 platform and powered by the celebrated Ernst Fuhrmann-designed four-cam “vertical shaft” flat-four Porsche engine.

The open-topped Glöckler-Porsches that came before this car are now acknowledged as the inspiration for the Porsche 550 Spyder, and it’s well understood that the influence the little-known Glöckler-Porsches had on Porsche’s history are immense.

✱ This car was developed by Walter Glöckler and Hermann Ramelow, it was the 7th car the two men developed and it was intended to race in the 1954 Mille Miglia.

✱ Walter Glöckler started out racing motorcycles before switching to cars, he won a slew of races over his career, and he won the 1100cc class in the German Sports Car Championship in 1950 driving a car he had designed himself.

✱ Seven Glöckler cars were built in total, they proved remarkably successful and the first car from 1948 won its first race with Glöckler himself at the wheel.

Walter Glöckler was an avid German racing driver who had started out piloting motorcycles in small local races, he proved to have a talent both for racing and for engineering, which resulted in him becoming one of those rare people who drove cars they designed and built themselves to major race victories. 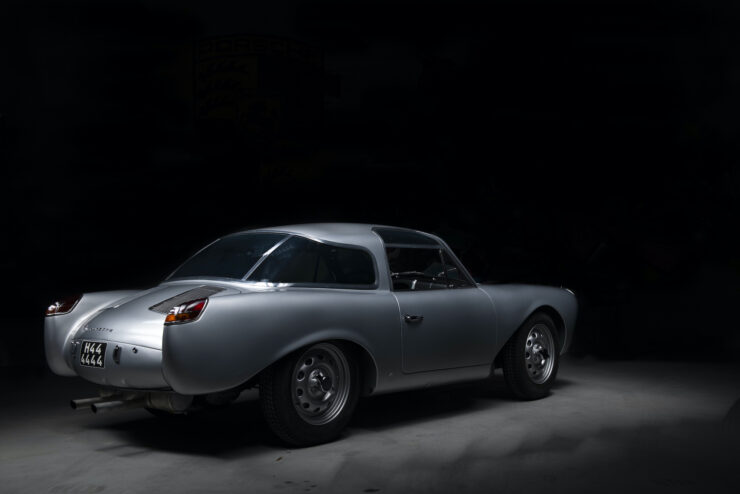 Glöckler enjoyed a few race victories before the outbreak of WWII with both motorcycles and cars, after the war he wasted no time getting back into racing, developing a Hanomag-based sports car in which he won a number of events including the 1949 Schauinsland hill climb.

The most prolific period for Glöckler was between the years of 1948 and 1954, he worked closely with Hermann Ramelow designing and building seven sports cars one after the other.

The design of the cars evolved quickly based on lessons learned in competition, their second design won the 1100cc class in the German Sports Car Championship three times in a row in 1950, 1951, and 1952 – Walter himself was driving in 1950.

The sixth car the two men built was the Glöckler-Porsche 1500 Super, this is the vehicle that was a direct influence on engineers at Porsche who developed the Porsche 550 Spyder following in its footsteps.

The car you see here is the seventh and final car built, the Glöckler-Porsche 356 Carrera Coupe which is often just called the Glöckler Coupe. It has a fascinating history, it was developed for the Mille Miglia in 1954 and unlike many of the other competitors it was given a fixed hard top which offered between aerodynamics and better protection from the elements.

Unlike many of the earlier Glöckler-Porsches, the Glöckler-Porsche 356 Carrera 1500 Coupe used the platform of the Porsche 356 rather than a tubular steel chassis. A lightweight, low-slung alloy body was formed with upright headlights and an unusually wide rear window offering almost 180º views of any pursuing cars. 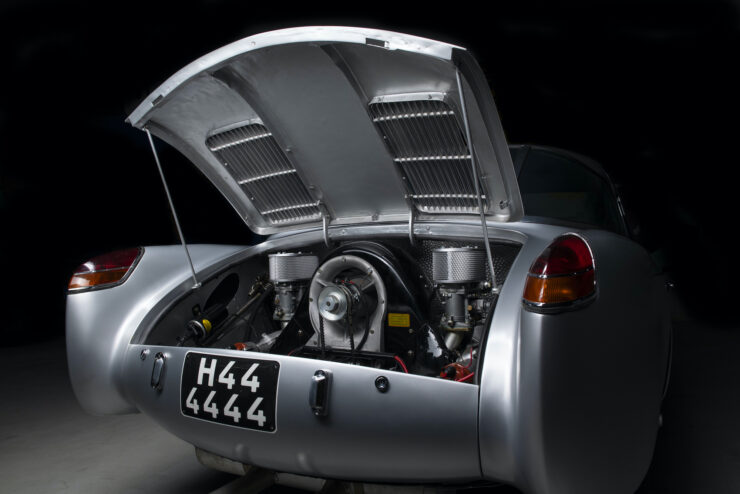 Above Image: The Glöckler Coupe is powered by the famous 1.5 liter Porsche four cam engine designed by Ernst Fuhrmann.

The car also has unusual roof cut-outs for the doors ease entry and exit while wearing a helmet and five lights up front for racing at night and in low light conditions, there are two headlights, a central spotlight and two other driving lights mounted inboard from the headlights.

The Glöckler Coupe was powered by one of the most famous Porsche racing engines of all time, the Ernst Fuhrmann-designed four-cam, a 1.5 liter flat-four engine famed for both its power output and its incredible complexity.

The Mille Miglia And The Liège–Rome–Liège Rally

Sadly this car wouldn’t be completed in time to compete in the 1954 Mille Miglia, it was instead raced in the Liège–Rome–Liège road rally. It was Walter Glöckler’s cousin, Helm Glöckler, and Max Nathan who drove the car however they suffered an oil starvation issue with the engine which hobbled their chances of winning – they did finish the race however.

The life of the car becomes a little more mysterious after this, it spent some time at the Porsche factory before being sold to a new owner in the United States. This period in the cars history is largely unknown, though we do know that it appeared in Rudi Klein’s famous sports and luxury car salvage yard near Los Angeles in the 1970s.

In 2005 the car was returned to Germany and a comprehensive restoration was undertaken, the completed Glöckler Coupe is now due to roll across the auction block in mid-August and at the time of writing there’s no price guide. 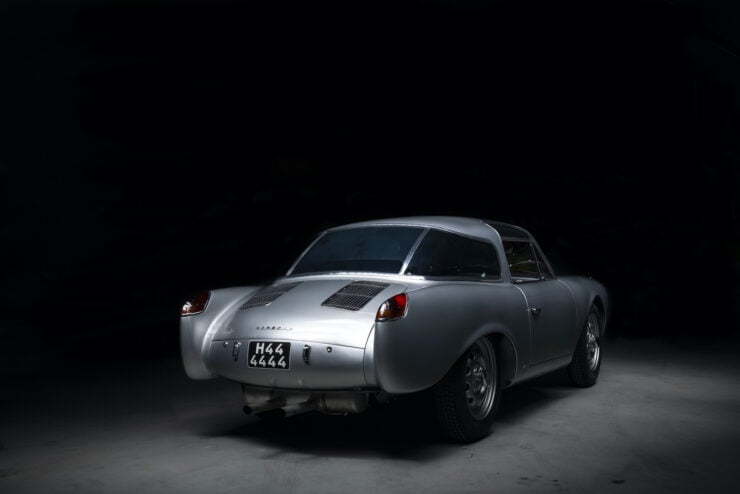 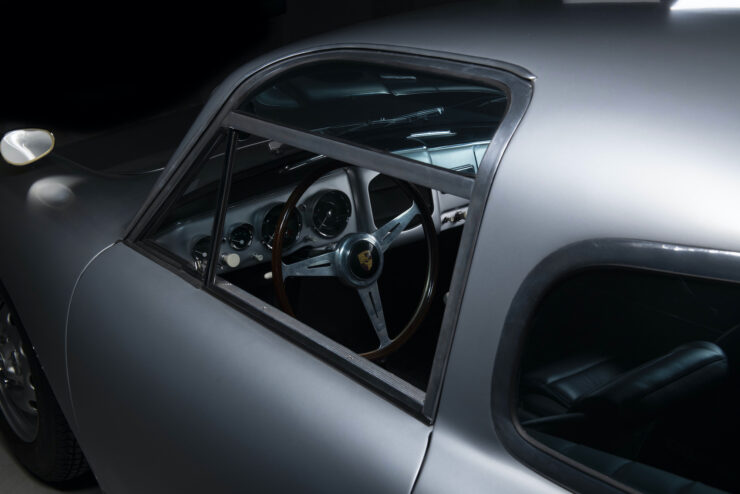 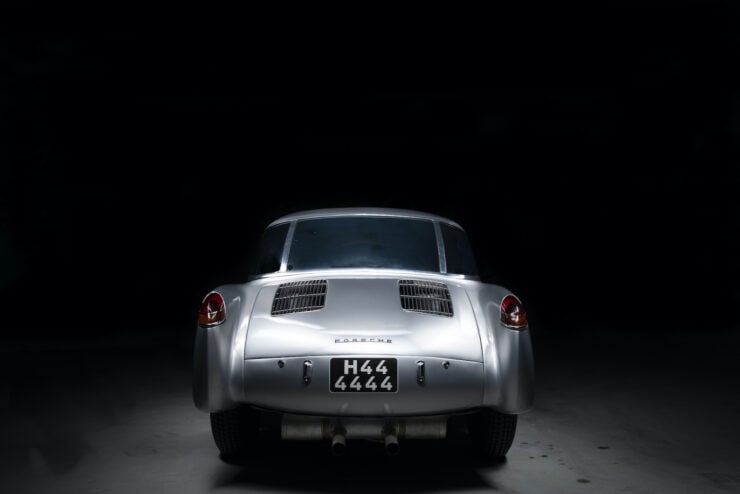 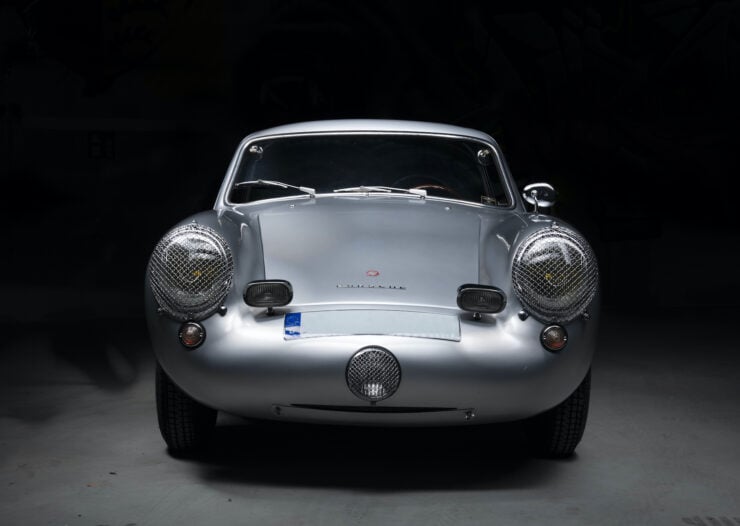 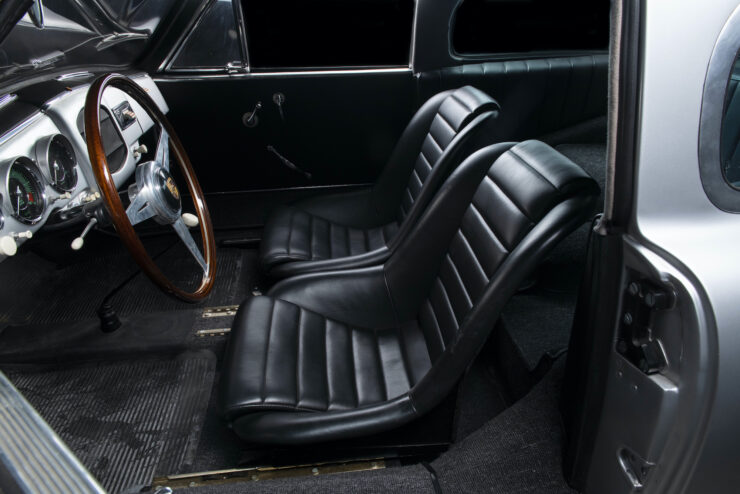 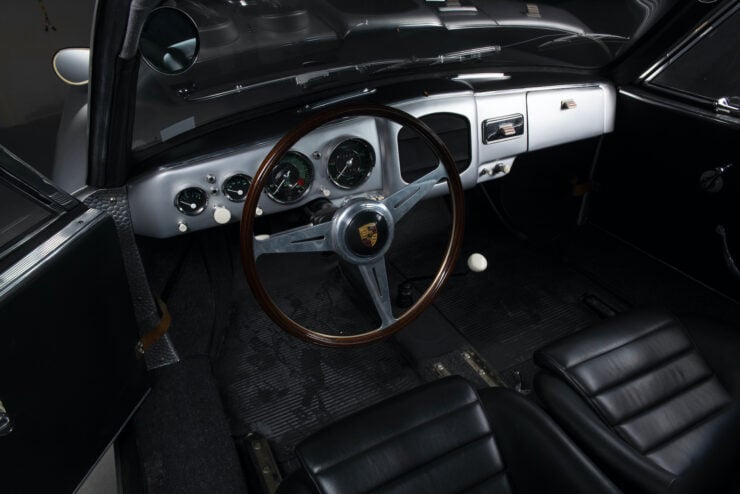 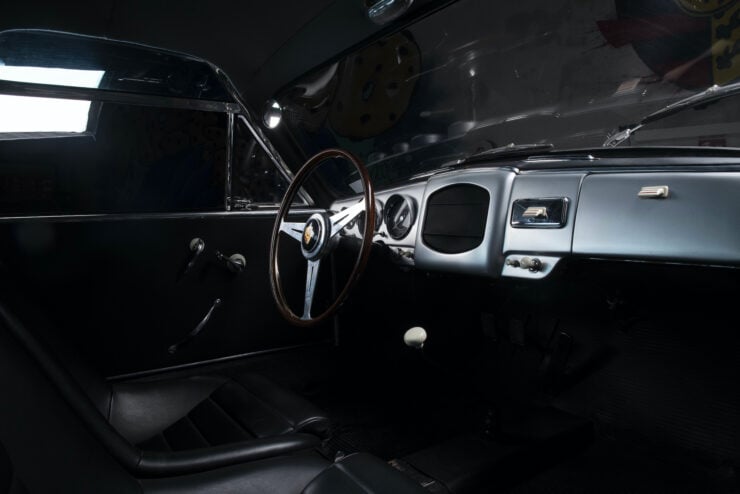 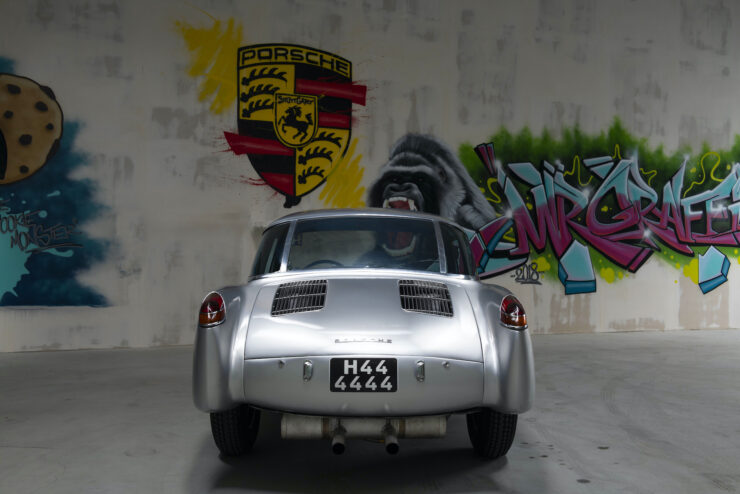 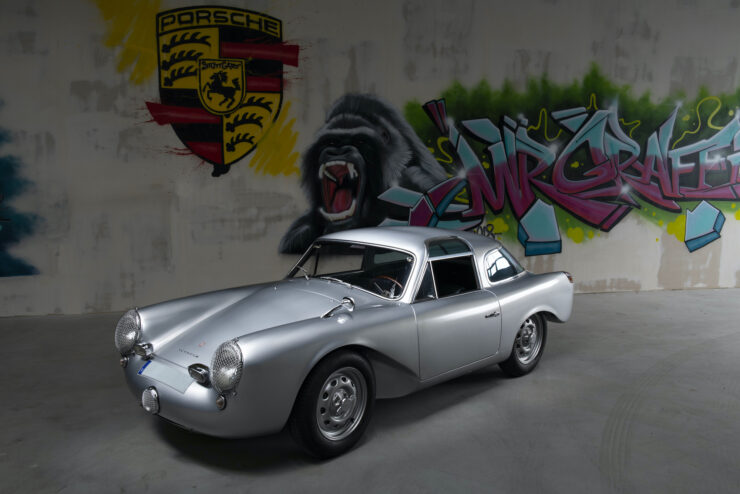 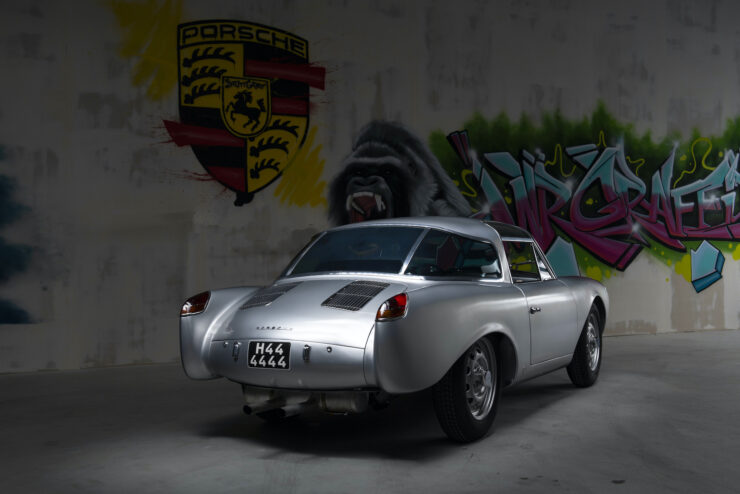 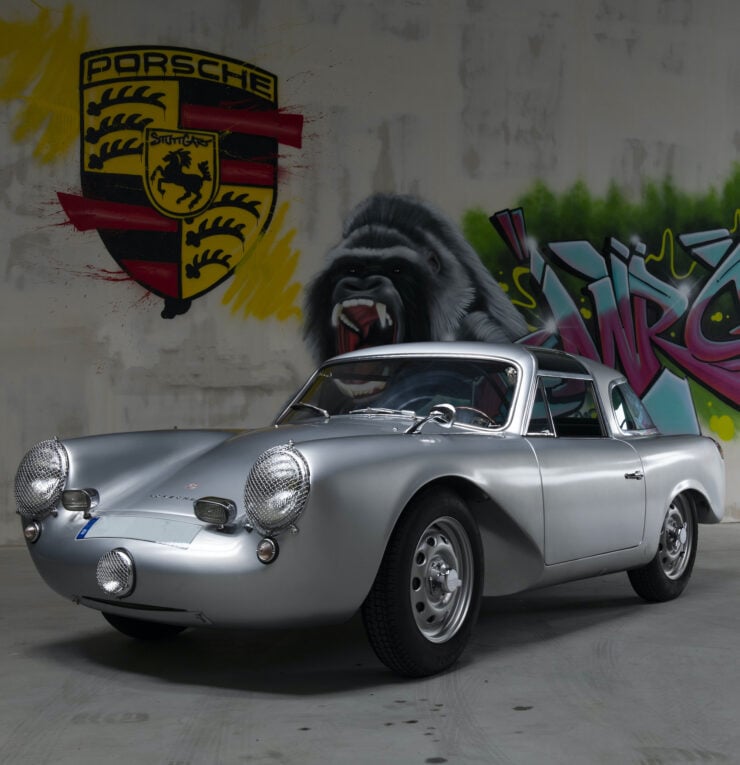