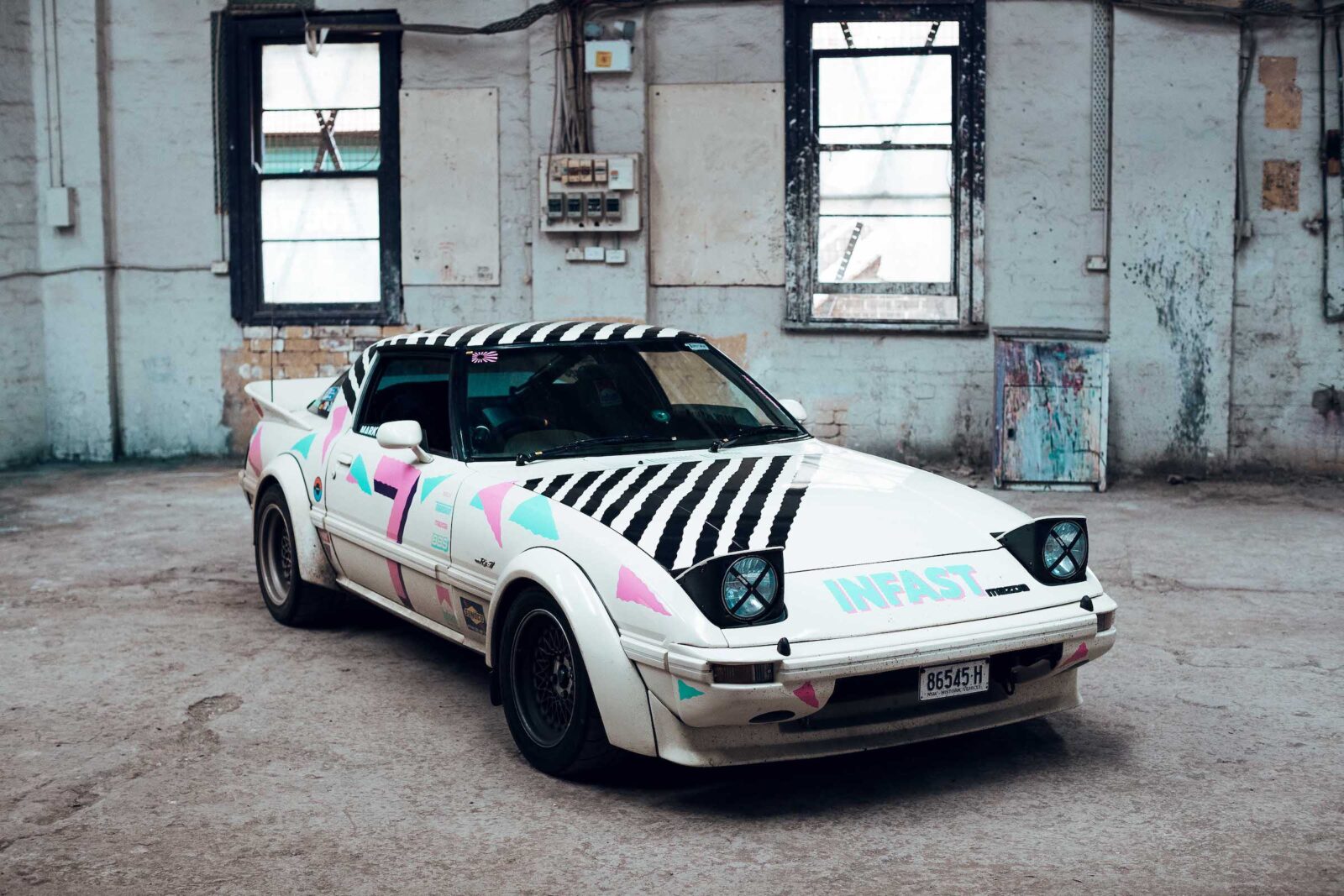 Mark Hawwa is a man who rarely needs an introduction, he founded the Distinguished Gentleman’s Ride in 2012 and in the years since it’s has grown to cover 585 cities across 93 countries with close to 100,000 riders and many millions of dollars raised for men’s health issues including prostate cancer and men’s mental health.

Although Mark is best known for his work in the motorcycle world, he’s also a passionate car guy, with a small, eclectic collection that includes a modified Mazda RX-7 (shown here), and a beautifully preserved Lotus Europa S1.

The RX-7 is a car that sits high on the bucket list of many of us, it’s probably the most beloved Wankel rotary engined car in the world, though would doubtless be debated by some.

Mazda released the RX-7 in 1978 as a replacement for the RX-3, it was designed by Matasaburo Maeda as a competitor to the likes of the Porsche 924. 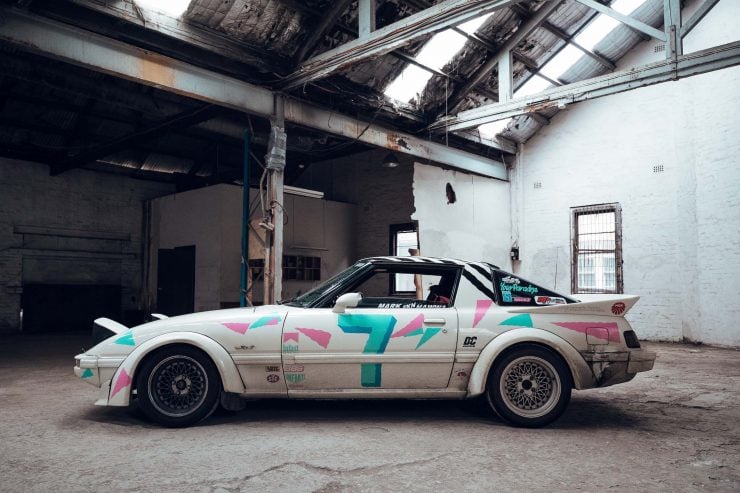 These smaller engine sizes were directly targeted at the Japanese customer base as it avoided the vehicle tax that kicked in in Japan for engines of 1.5 litres and up. A Wankel rotary was a clever way around this limitation while still achieving the horsepower (and fuel economy) figures of a much larger engine.

The RX-7 was in production in three major model variants from 1978 until it was replaced with the RX-8 in 2003. The most popular variants are the first and last, with the middle version being popular with some but not quite as highly-regarded as its younger and older sibling.

The recipe for success for the first generation RX-7 was relatively simple bit highly effective. The car features a low kerb weight, excellent weight distribution thanks to the light engine, svelte styling, and a high-revving Wankel rotary engine that won the car fans from Nagoya to New York. 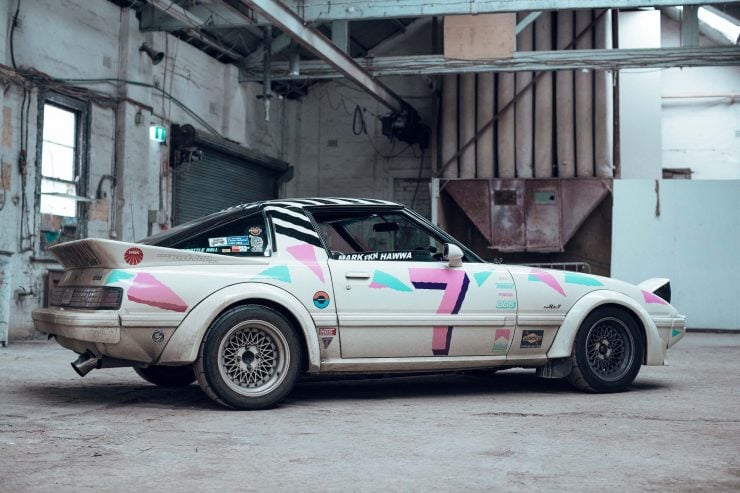 Surviving first generation RX-7s are now in significant demand within the collector and enthusiast communities, particularly those that survived without succumbing to overly enthusiastic drivers misjudging their abilities and bending the car around a fixed roadside object.

Mark’s RX-7 is a 1983 model now fitted with a rebuilt 13B rotary fitted with a GCG T35 turbocharger running 14 lbs of boost and an air-to-air intercooler. Engine management is taken care of by a Motec ECU running Bosch injectors and a Tune Flex able to run E85 or 98 octane fuel.

In its current configuration the car is putting out 400 hp at the rear wheels, this was far too much for the original differential and axle so Mark’s car has a Toyota Hilux rear axle that can get the power to the wheels without grenading itself in the process. 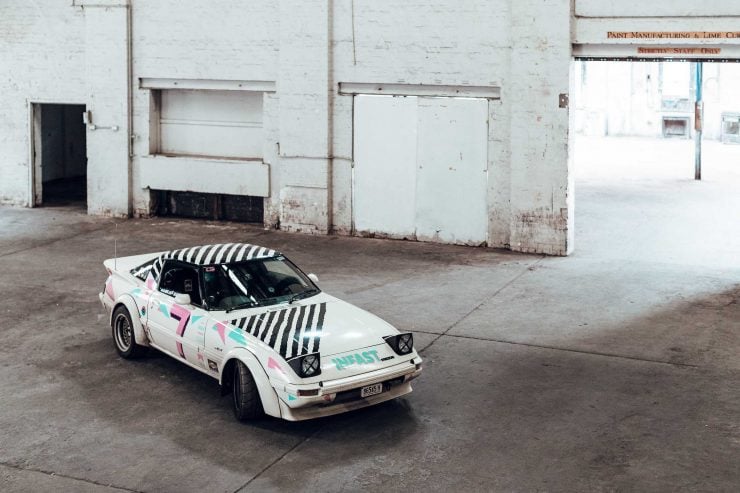 BC racing suspension is used and the car is fitted with an S5 gearbox, and a Group C bodykit similar to that used on the now legendary Allan Moffat car raced in Australia in-period. The car has Techno Toy control arms, tension, and lateral rods, as well as Nitto NT01 semi slick tires and Compomotive wheels.

The car is currently wearing its InFast livery for the InFast Rally, a private endurance rally that is strictly invitation only and takes place annually in Australia – typically covering over 2,000 miles in 7 days. 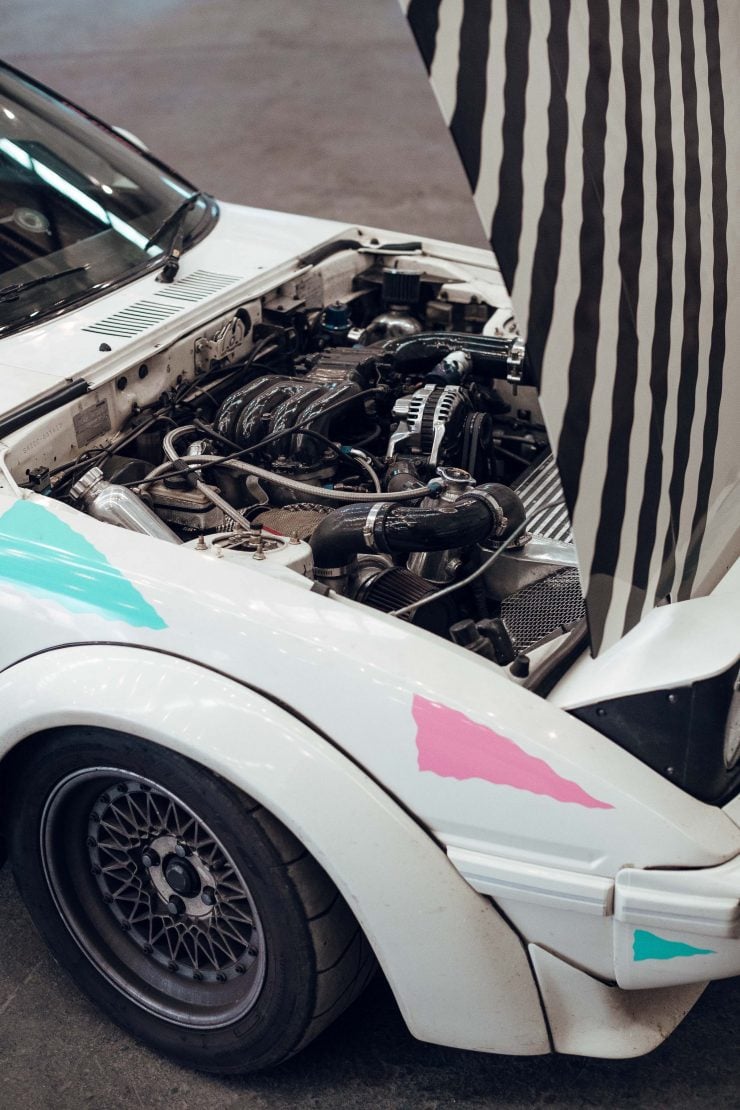 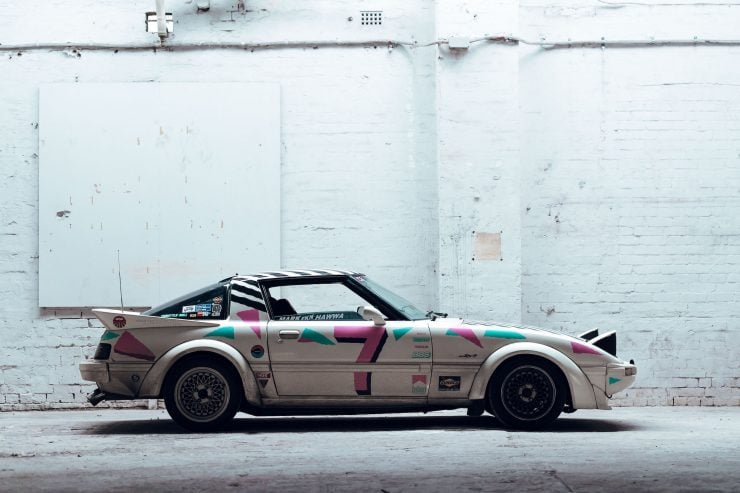 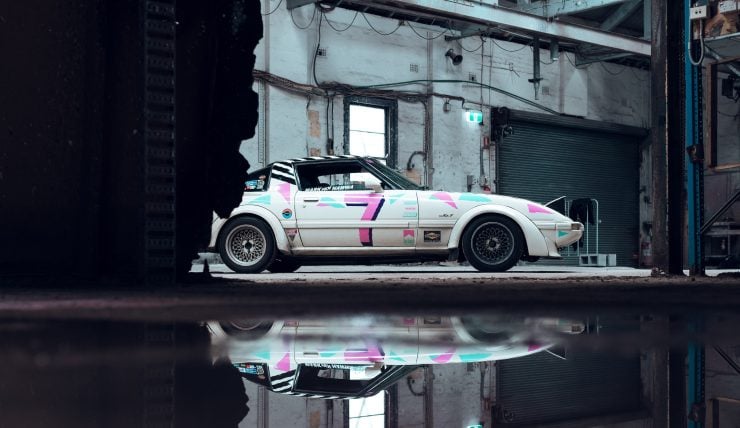 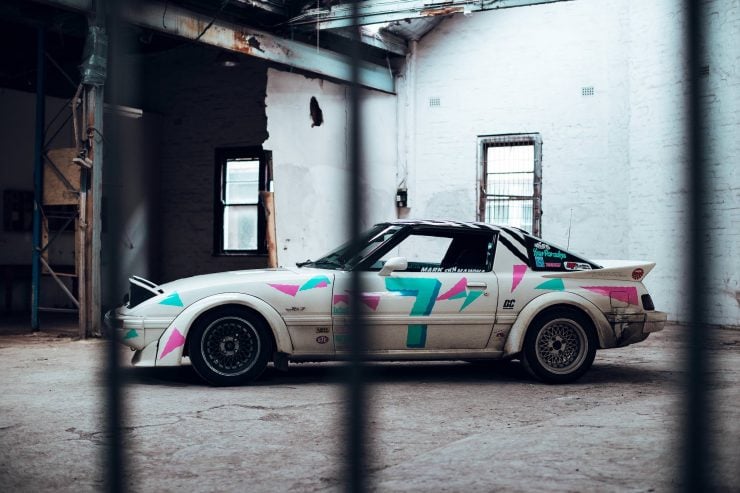 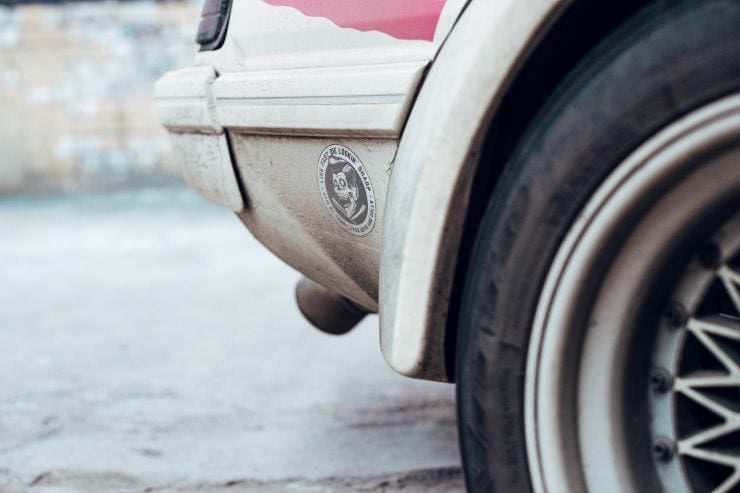 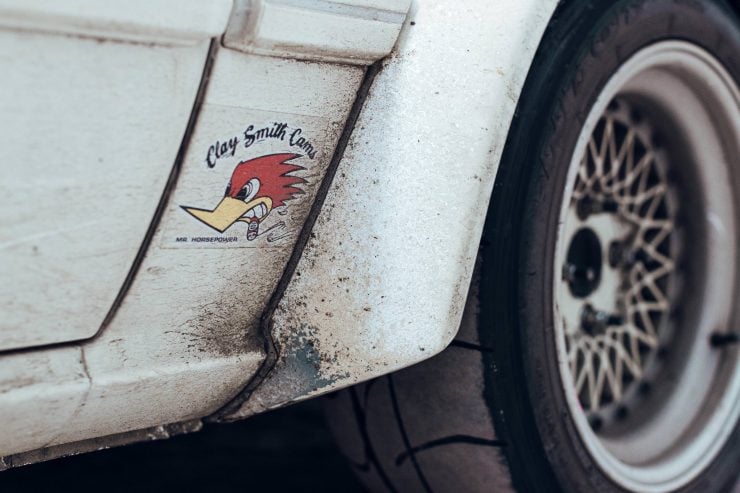 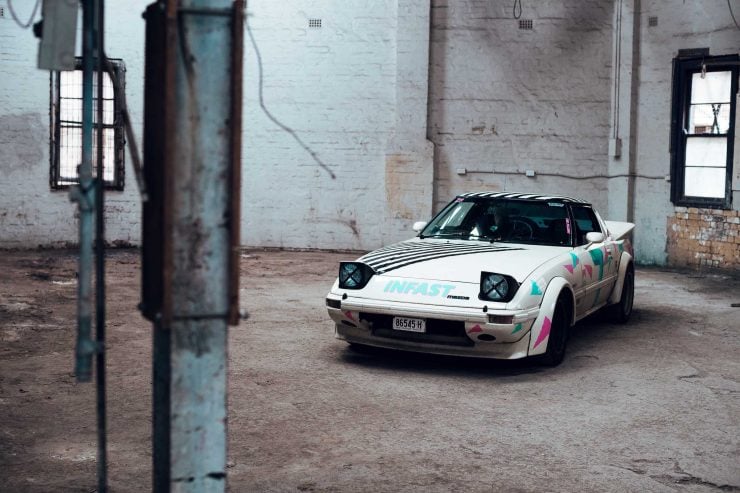 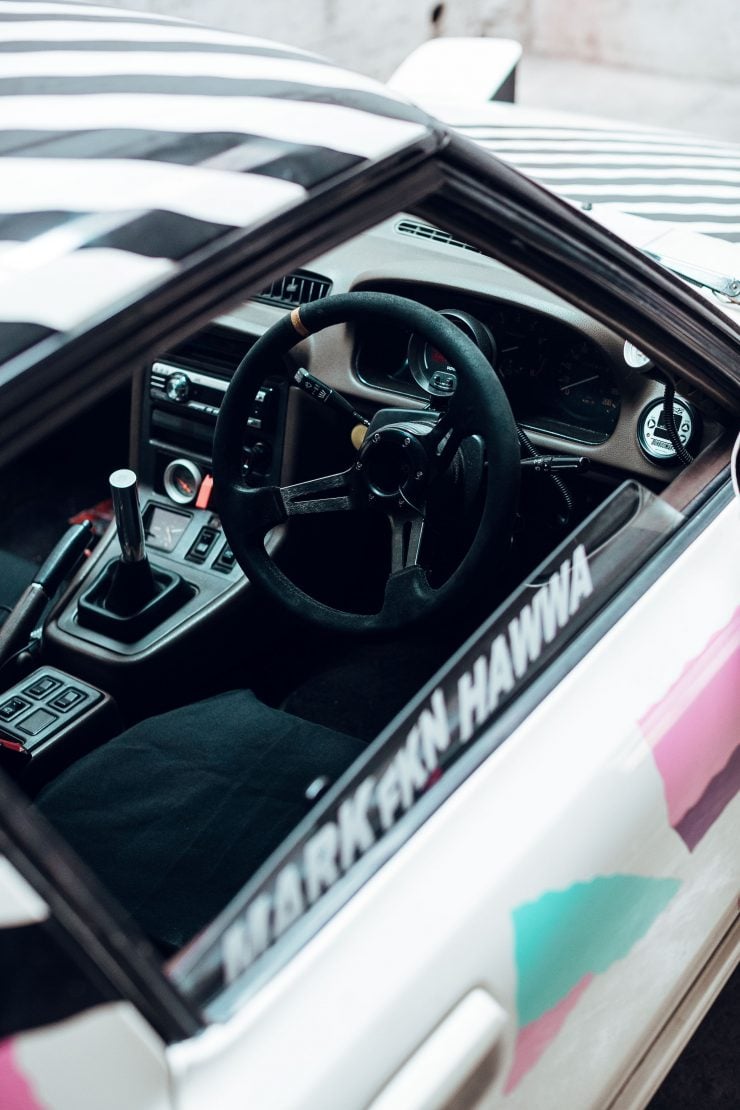 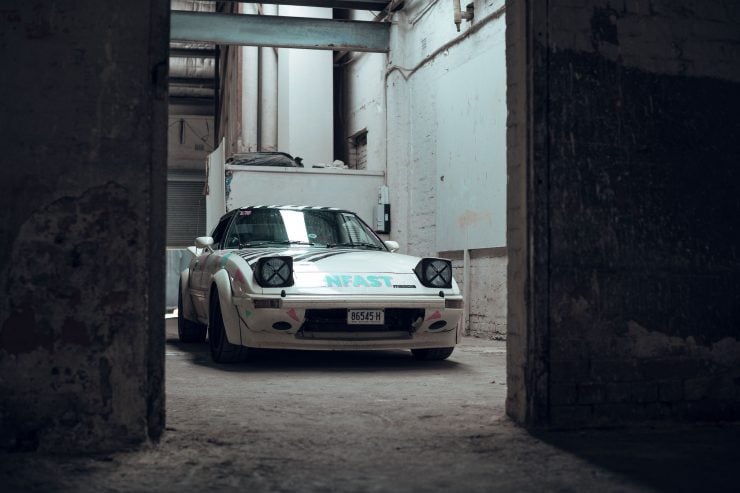 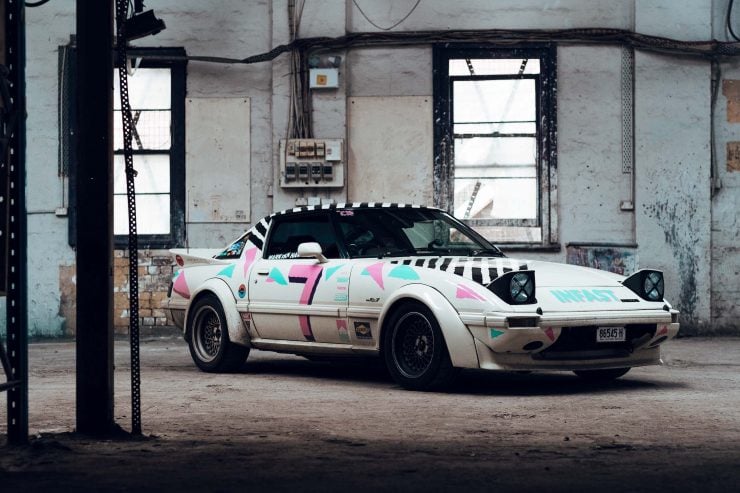 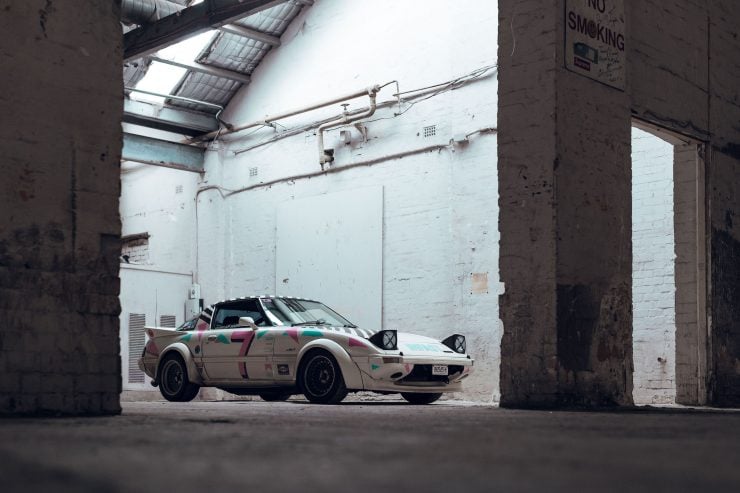 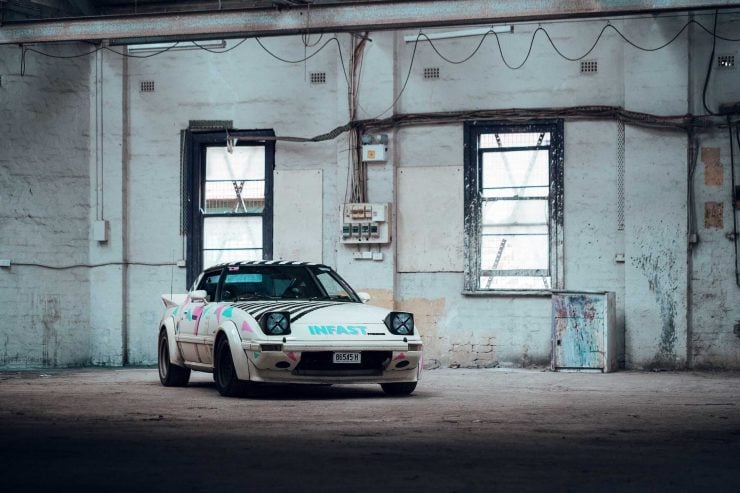 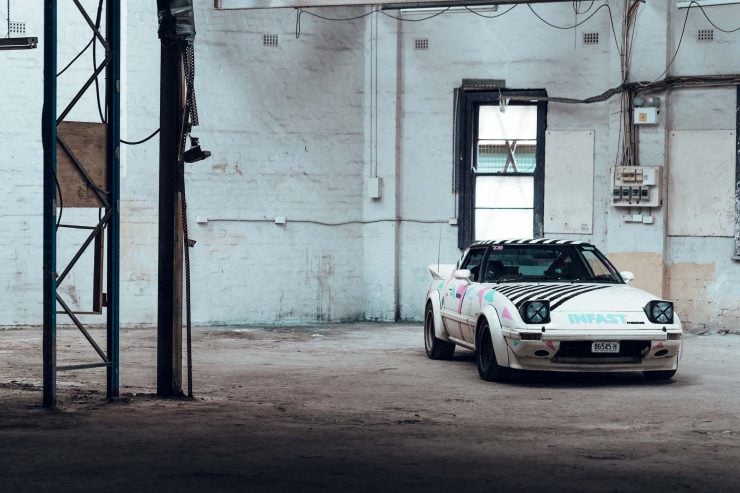 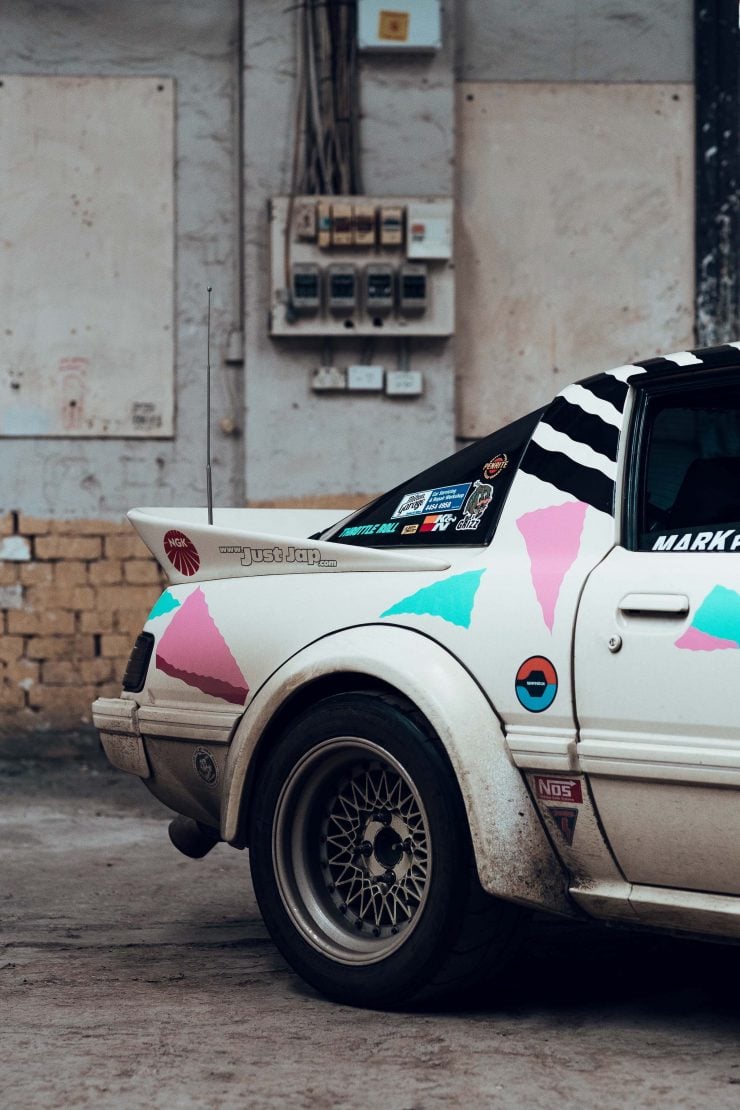 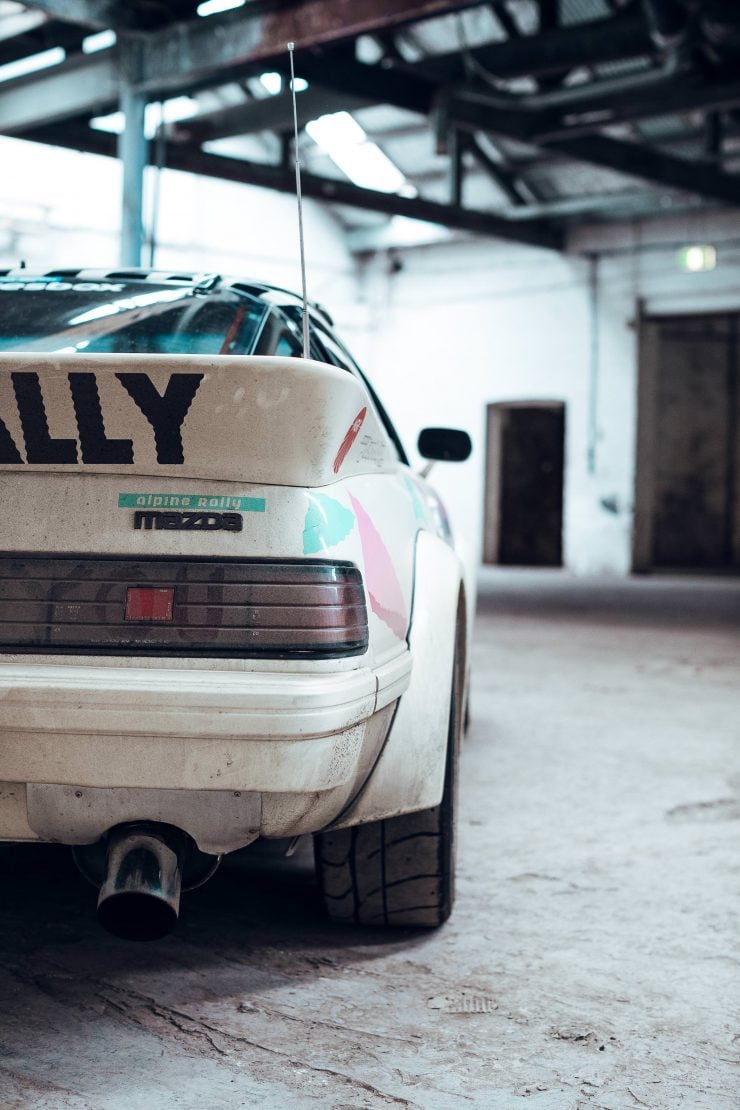 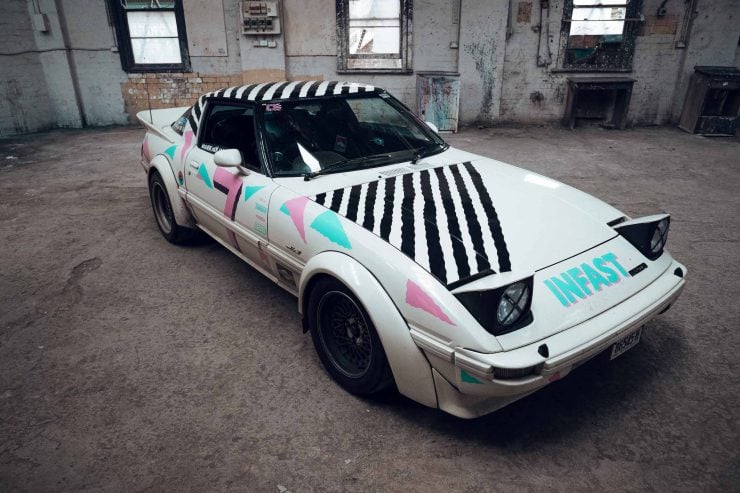