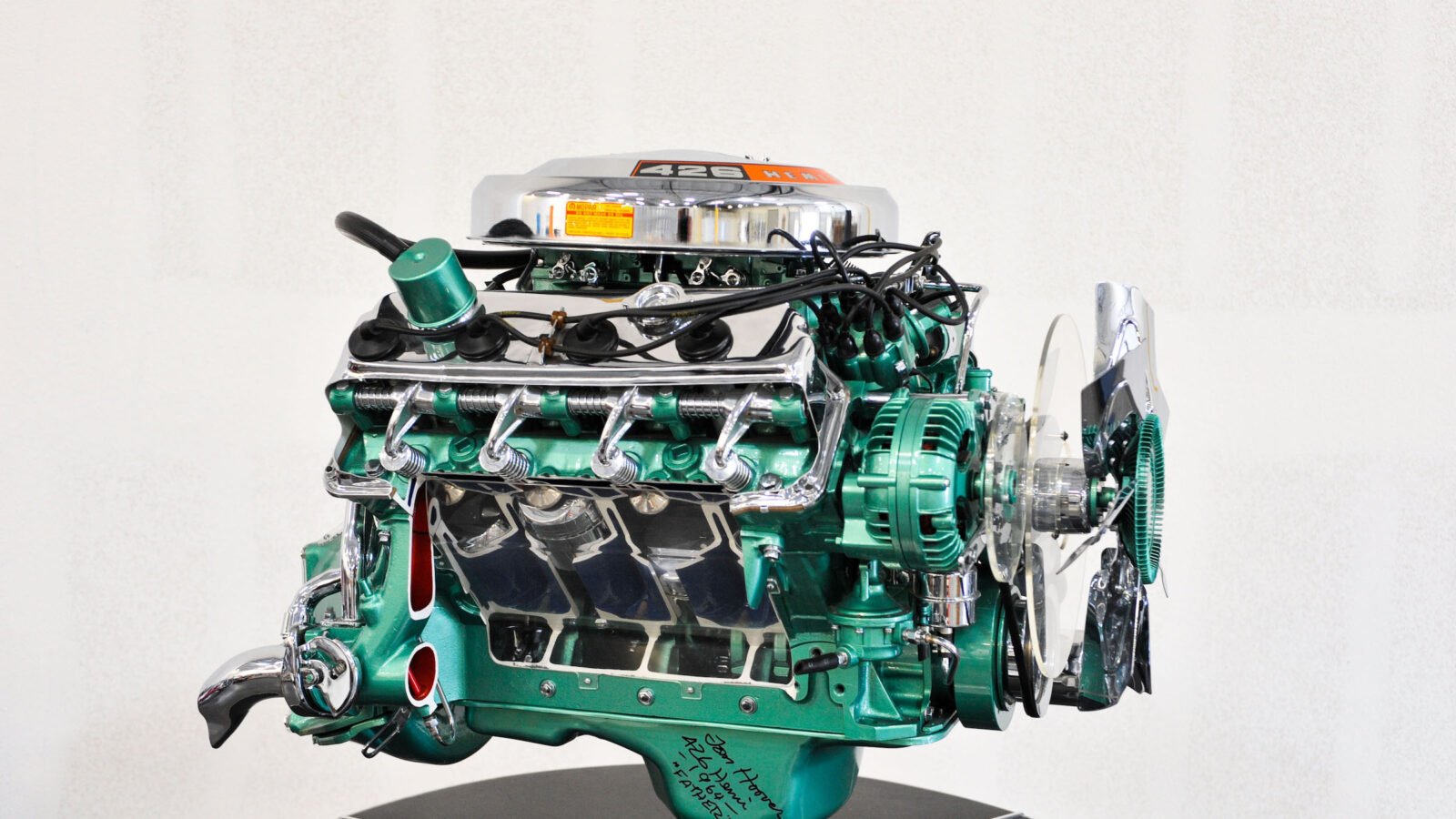 This Dodge 426 Hemi V8 was constructed by the factory back in the late 1960s as a cutaway display engine for the car show circuit. Display engines like this require an enormous amount of work to get right, carefully pre-planned sections need to be expertly cut, milled, and polished in order to expose the internal workings.

The right side of the barrels have been cutaway to expose the exhaust valves, pistons, connecting rods, and crankshaft. The rocker covers are cut on both sides to show the rocker arms and valve train, the bell housing is also cut open to show the flywheel and clutch.

Inside the cylinders you can see the domed 10.25:1 compression ratio pistons, and the cross-bolted main-bearing supports. This was high-performance engine by any standard in the 1960s, even by today’s standards in fact, with 425 hp and 490 ft/lbs of torque.

The 426 Hemi was originally developed for use in NASCAR, and was later used extensively in NHRA and AHRA drag racing. It was nicknamed the “Elephant Engine” due to its remarkable size and weight, and engine bays needed to be designed to be large engine to accommodate it.

The street version of the 426 Hemi was fitted to some of the most iconic American performance cars of the era including the Plymouth Road Runner, the Dodge Charger Daytona, the Dodge Super Bee, the Plymouth Hemi ‘Cuda, and many more.

This official display engine has been autographed by both Dick Landy and Tom Hoover, the latter of whom is remembered as the “father” of the Hemi. Mecum will be offering this engine in mid-May, if you’d like to read more about it or register to bid you can click here. 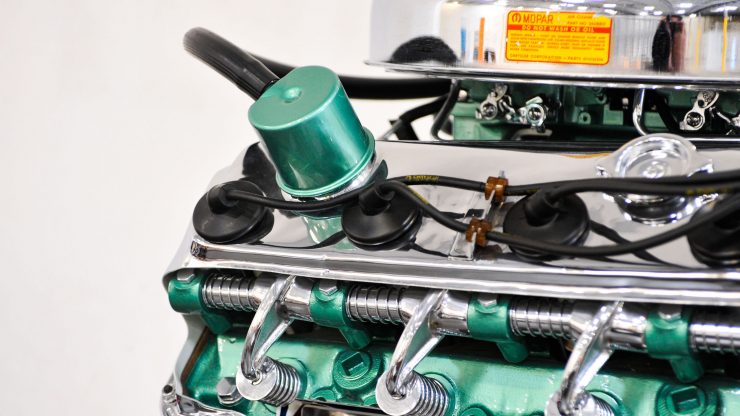 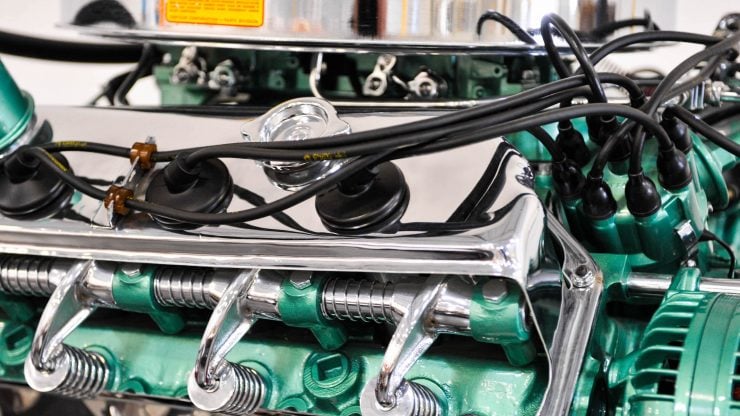 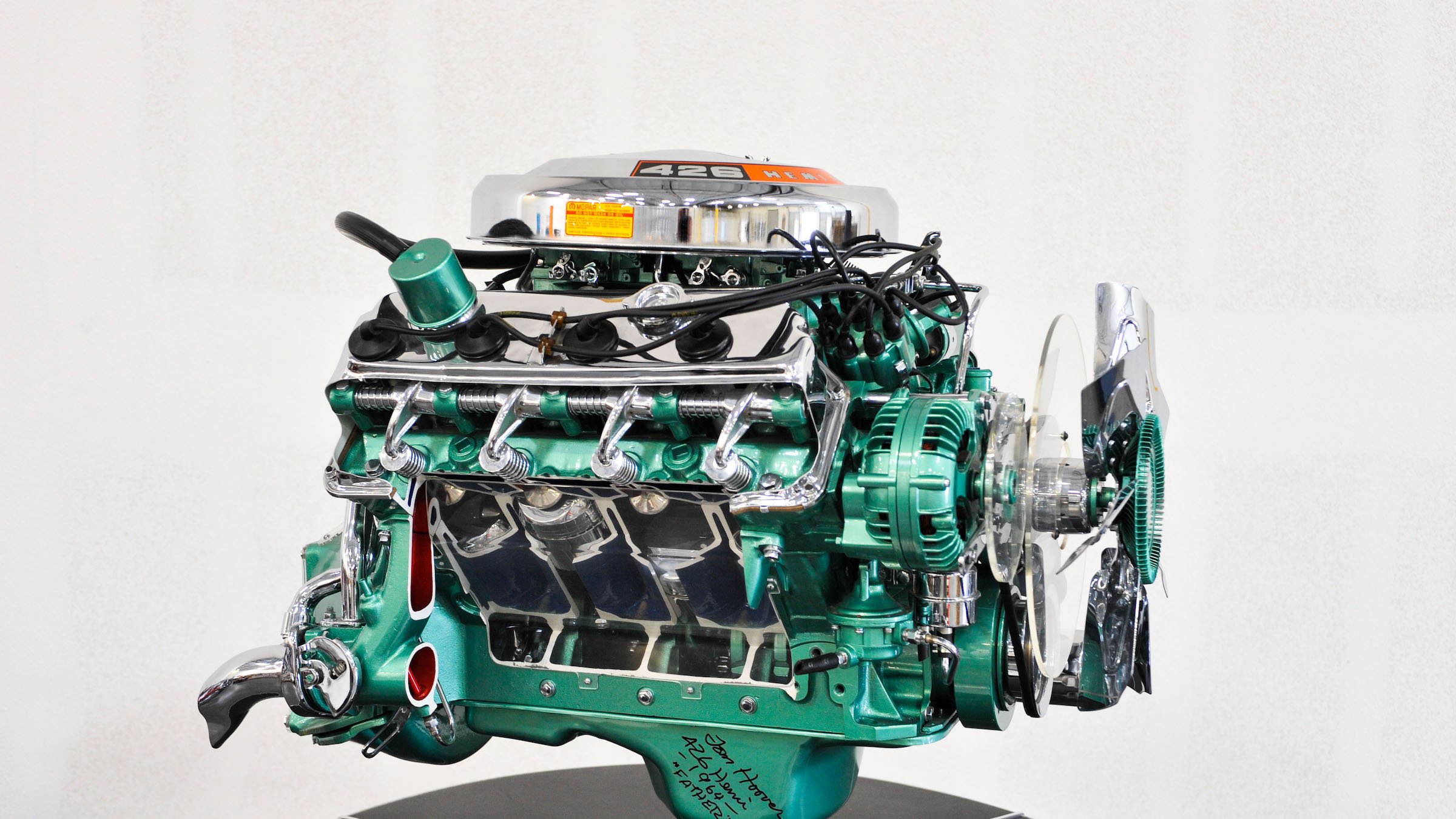